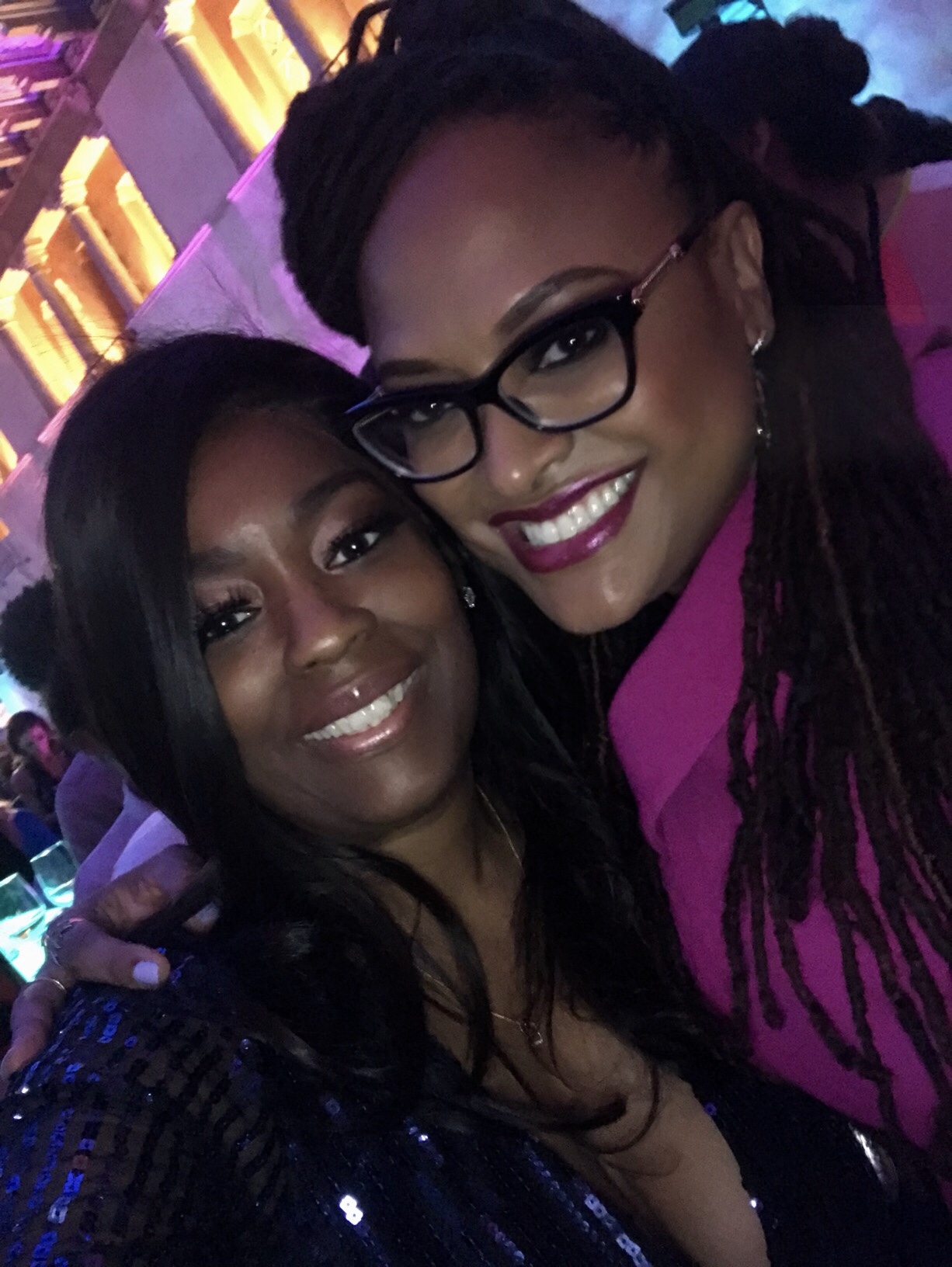 When it comes to talented women in Hollywood, you have to think of Director Ava DuVernay! She was so gracious to sit down and talk to us last week during the press junket at A Wrinkle In Time. You guys know the movie is out now, so this interview is right on time! Ava chatted with us about her vision for making the film, the characters, working on set with everyone and so much more! Check out what she had to say inside.

Sidenote: When she entered the room, she had her cell phone ready and filmed us and added us on her instastory, and we did a boomerang lol. She is so cool and up to date with technology lol. 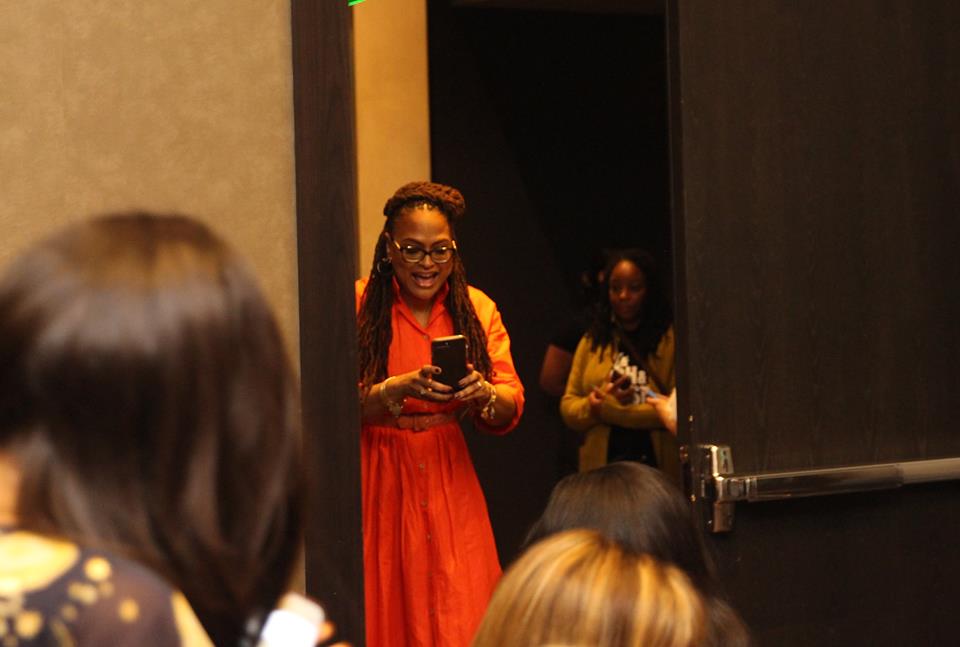 Ava: Does it feel okay to say mommy bloggers? What should I call you guys?

We saw the movie. We’re kind of, we’re just blown away. It’s so magical. You said that the film was made for children. Can you talk about how you honored that intention on set?

Ava: Yeah, I just really wanted to make a film for kids right now. I don’t have children. I don’t have children by choice. I always said that my film are my children. You know, I put my blood into them. It’s really what has my name on it. It’s what I’ll leave behind in the world and so to be able to make something specifically for kids today, uh, something that I hope endures for kids, you know, for a long time to come was very emotional to me.

So it was important that, you know, I, you know, we approached the story in a way that we were always thinking of young people but then also with the young people that we had on set making sure that they felt safe, included and that their voices were being heard because I was really listening to them a lot about what’s cool, what do the kids wanna see, you know. What they said surprised me.

They liked not to be talked down to and a lot of times in kids movies, you know, they’re always trying to I found this with some of the people you know, at the studio that were like it should be more jokes, kids like to laugh. Yes, kids like to laugh but kids also like to think. They like to feel and so, you know, at first 30 minutes of the movie it’s just about Meg. There’s no magic, you know. For 30 minutes we make you sit down and sync into the heart of a young girl and she’s trying to figure out things, struggling at school, struggling with the bullies, struggling with an absentee father, all those things.

We demand that you just look at girl for 30 minutes before the fantasy magic happens and so that really came from Storm. It came from Levi, the boy who plays Calvin saying you know, there were 11, 12 and the kids that were going through and, you know, it’s like it’s worth taking some time to look at that before you send them off flying. 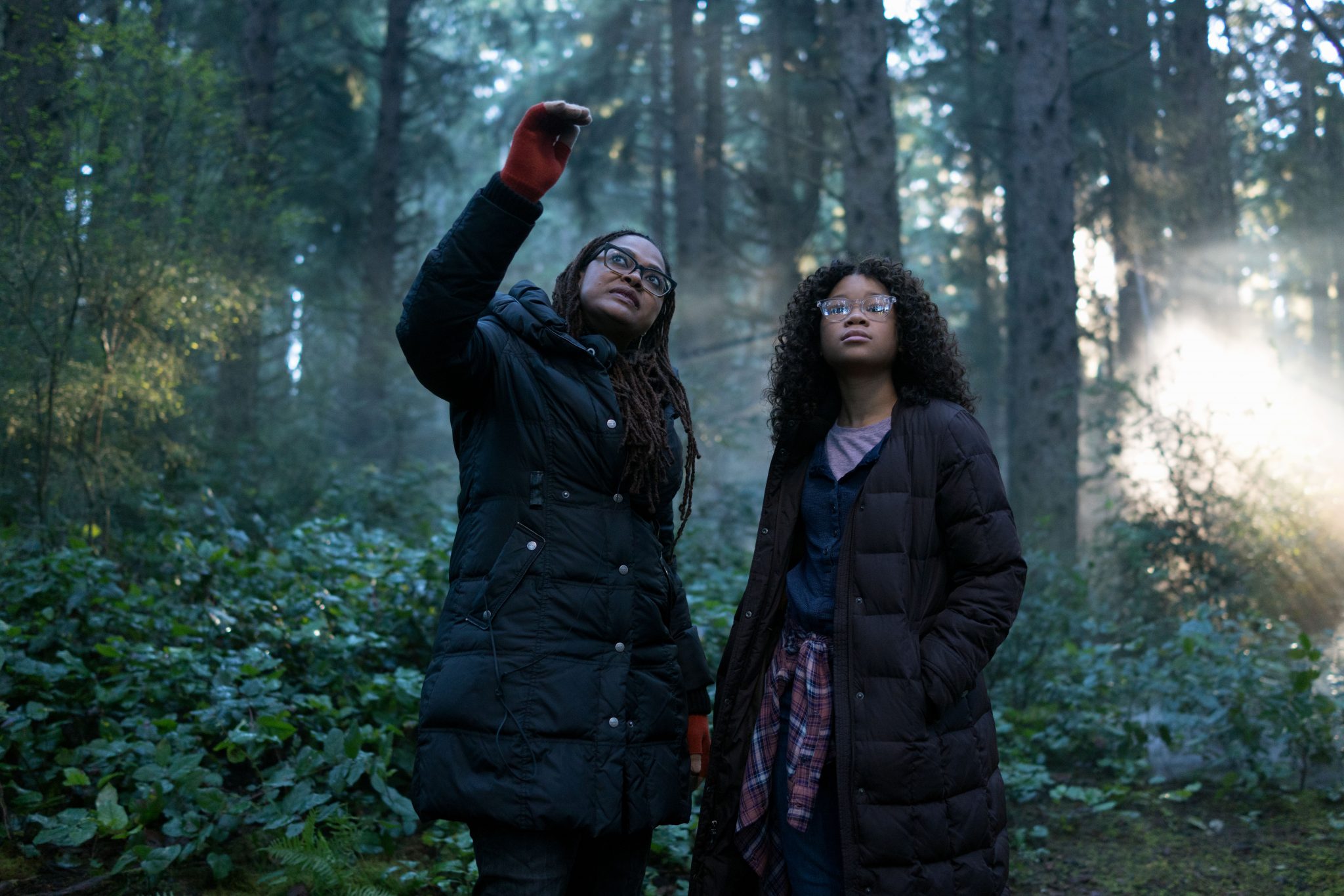 Did this expand your creativity and vision as a storyteller?

Ava: Yeah well money helps. Money helps a lot. We made Selma for 20 million dollars and this was like a 120 million dollars and so when you make Selma and you try to do period clothes and, you know, violence and crowd shots and Dr. King and the clothes and the cars it’s expensive to do period films because you can’t just go out and get them off the street. Like they’re very specialty items so it’s hard to do that movie at this price point, that price point and a real change when I came here and I remember one day I was saying god, my producer, Jim Whittaker who I love, so important to call out the men who are just really good guys.

I remember on Selma there’s a scene where they’re crossing the bridge and, you know, the bad folks in the town, the racists people have these horses attack the marchers and in real life it was 57 horses but I remember the producer that day said Ava, we just don’t have enough money. You’ve got five horses. I said how am I gonna make five horses look like 57 horses and they were like this is all we’ve got. And so we made it work with five horses but like this is the kind of movie where if I needed 57 horses there were gonna be 67 horses just in case Teddy got sick. Like it was like that. It was like that.

When you were mapping out the characters did you have in mind like I want Mindy for this?

Ava: Mindy Kaling was the first person who came to my mind ‘cause I knew I wanted an African American Mrs, a Caucasian Mrs. but I also wanted a Mrs. that was something else and so I said I need to, you know, first I was thinking oh, Latina or an Asian Mrs. and then I thought oh, gosh Mindy Kaling because the part is interesting because she doesn’t say a lot because she speaks only in quotes for a long time so it was important to have like comedic actress who can do a lot with a little, body language, looks, things like that.

You know, because she comes from the comedy world so she was perfect for kind of like a Chaplin-esque like playing with not having a lot of words but she’s stunningly gorgeous but, you know, she can pull it off. some of those shots of her — I remember one studio executive was like do you need that close up of Mindy in the cave when she like closes her eyes.

I was like yes. Child, yes we need it. She looks fantastic. I love her and her face and so she was one of the first people and then Oprah, you know, the way that Oprah came to be she just wanted to hang out in New Zealand because she had gone to the South Island in New Zealand and I said where are you gonna be hanging out? Do you wanna work? Do you wanna do a little something? And so she came on board and then Reese is someone I’ve long admired because you know, Reese could have just been content to be a really beautiful blonde actress in town and that would have been enough and we would have applauded her for it. But she said no I am a pretty blonde actress, producer, entrepreneur, designer.

I mean Reese has got clothing line, a book club. She’s producing movies for other people. She’s producing movies for herself. She has a family. I mean she’s like a super woman. I don’t even know how she does it all but she is, you know, I really look at people like Reese and I say, you know, as a black woman we can look at someone like Reese and say oh, she is privileged, you know, blonde, beautiful, perfect but, you know, we overlook those women too ‘cause a lot of those women have a real fire in them and they have something to combat against too, the preconceived notion of who they are and to have to fight through that is also a fight. It’s a different fight. It’s not my fight but it is also something to push against and she’s really done that and so those three ladies are magnificent together and just lucky they all said yes. 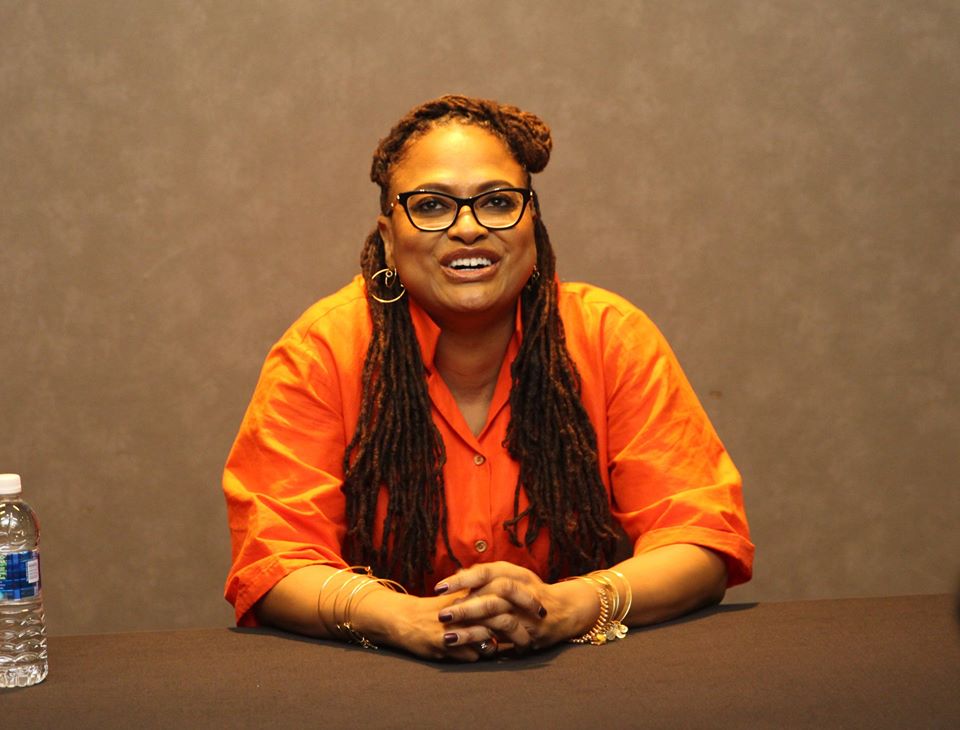 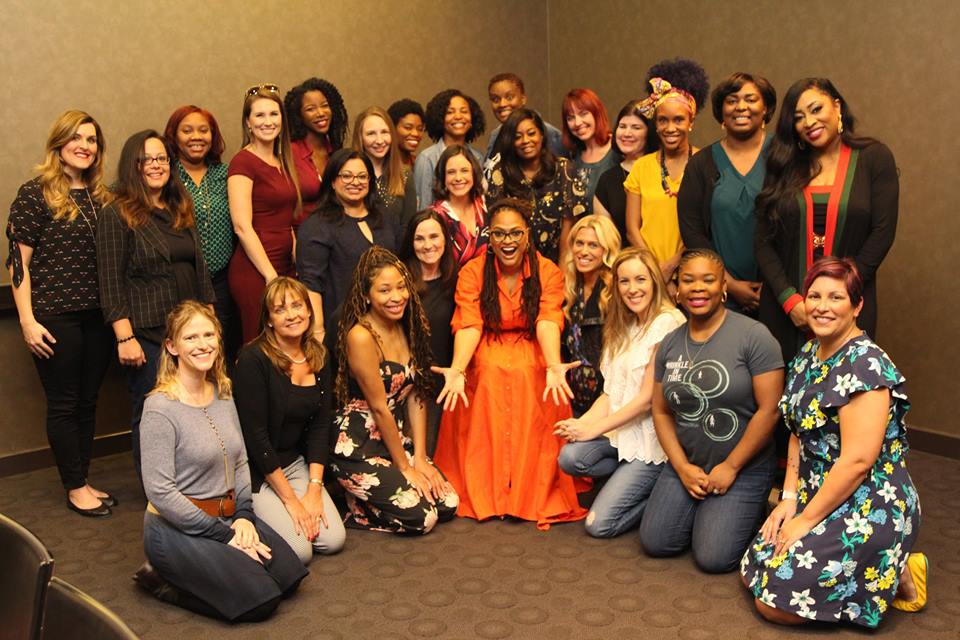 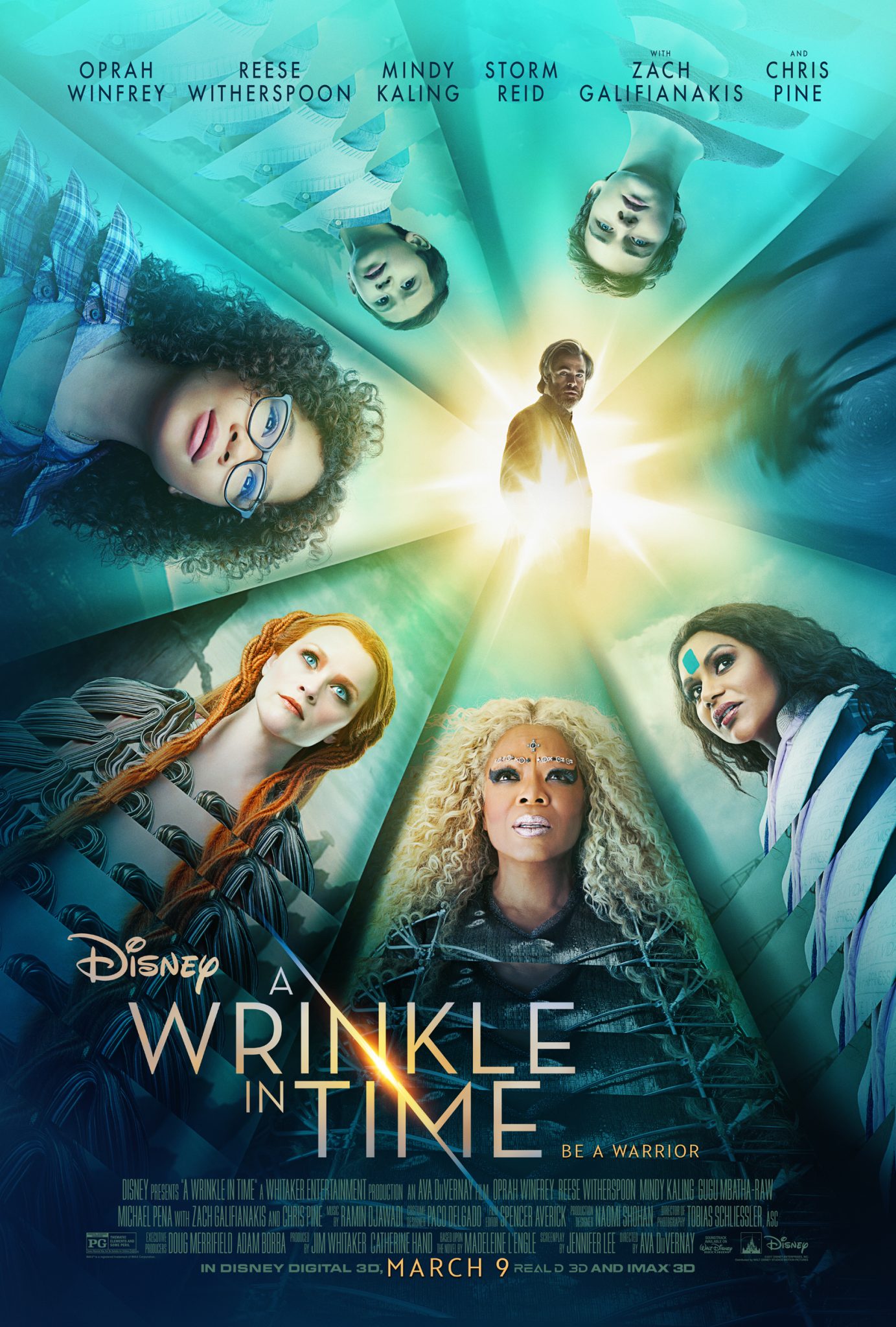 A WRINKLE IN TIME is now playing in theatres everywhere!