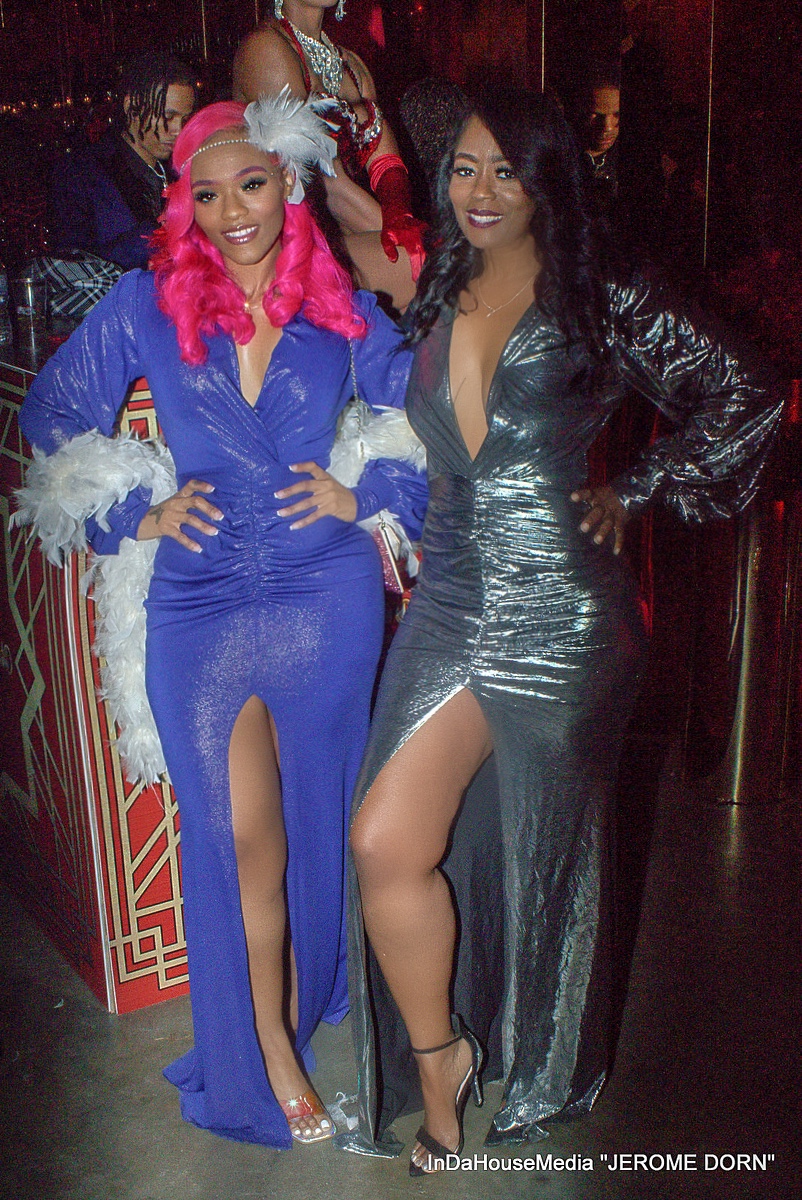 My daughter and I were both invited out to Rapper, Alyssa Mulatto Michelle Stephen’s 22nd Birthday Bash last night here in Atlanta. Tyra is friends with Mulatto and has done her hair time to time. So when we both got an invitation, we both texted each other and said, “hey, let’s just attend together” lol. You guys may remember her making her debut on the hit reality television series, The Rap Game in 2016. She also won the show’s first season. The fellow Ohio native turned 22-years old and had everyone in the City of Atlanta come out and celebrate with her lol.

Big Latto’s Royal Casino Birthday Affair was held at The WXLLXM in downtown Atlanta. The attire was black tie, suits, gowns and was strictly enforced. I saw all sorts of fabulous fashions walking around from the roaring 20’s era, so fun. You guys know I love a themed party too, ha! Once my daughter and I arrived, the line was wrapped around the corner but we were ushered right into the door, thank goodness because it was chilly out! Once inside, the whole venue space was decked out in the color scheme of red & black with huge portraits of Mulatto in various Great Gatsby inspired looks.

A pianist greeted us as he played tunes, there was an open bar, passed hors d’oeuvres, photo booths were set up and cigarette girls were walking around with snacks while showgirls danced with feathered adorned outfits. It was something to see and well executed. All the models were gorgeous! Then I looked up and there were girls swinging from the ceilings waving, smiling and dancing!

It was a great party and I saw a few celebrities sprinkled throughout the venue like NBA former player Lamar Odom, reality star Alexis Skyy and a few more notables. It may have been even more people there but it started to get crowded really fast and that’s when we made our exit lol. Check out a few snaps from the event and again Happy Birthday to the “Queen of the South”, we had a nice time! xoxo 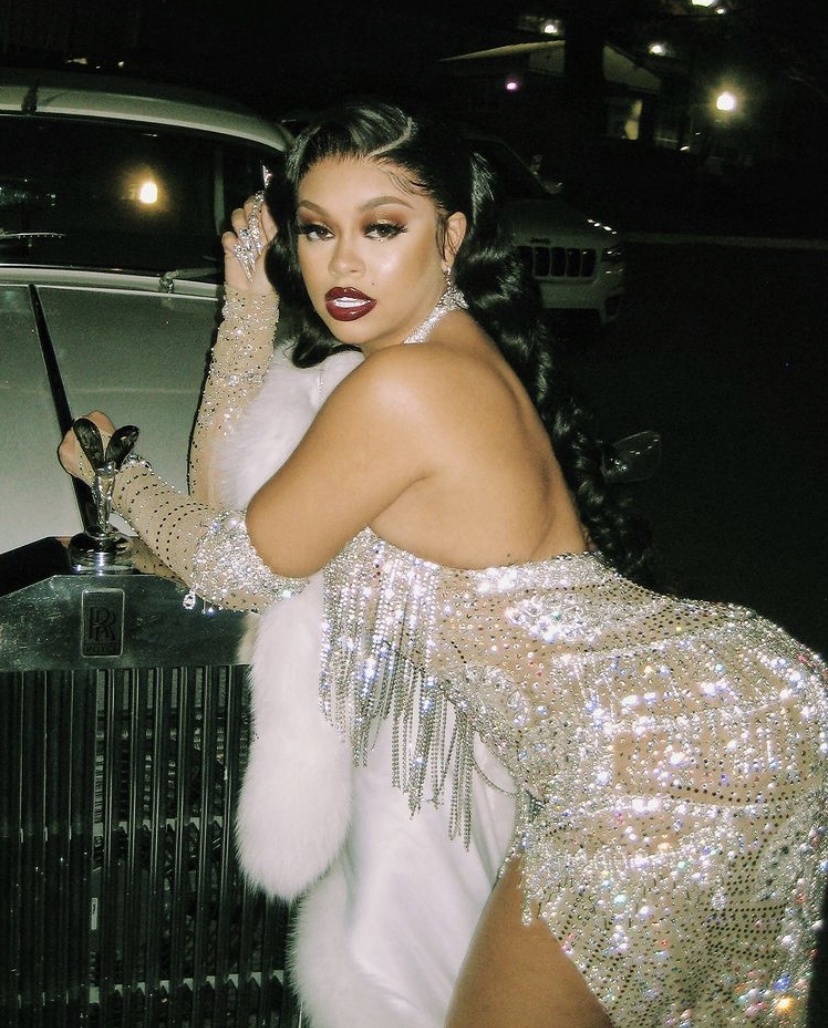 Mulatto arrived in a vintage white Rolls Royce. Her dress was custom made by Julian Mendez Couture, styled by Labels N Dolls and embellished by Prime Kreations, so sparkly and pretty! 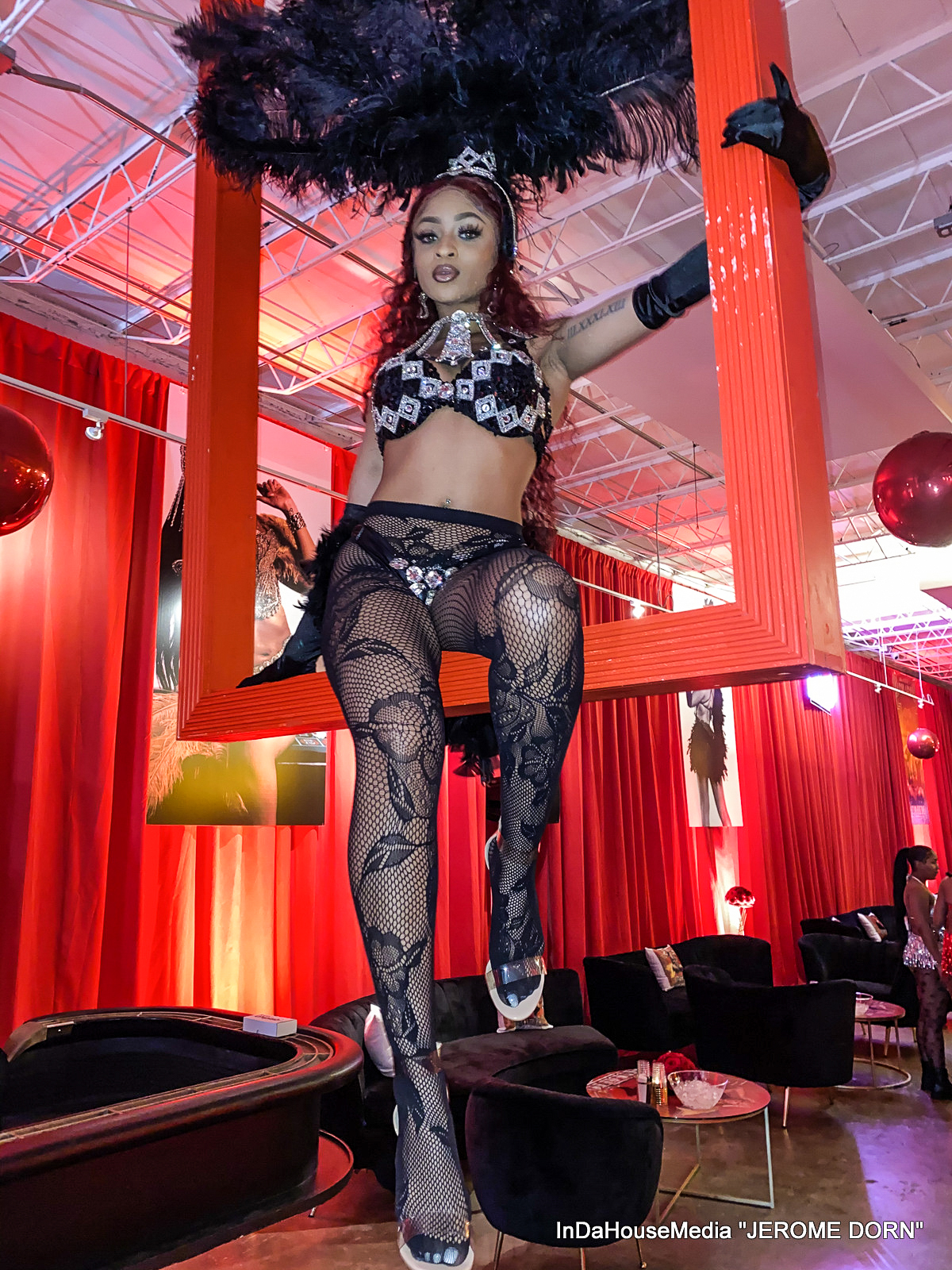 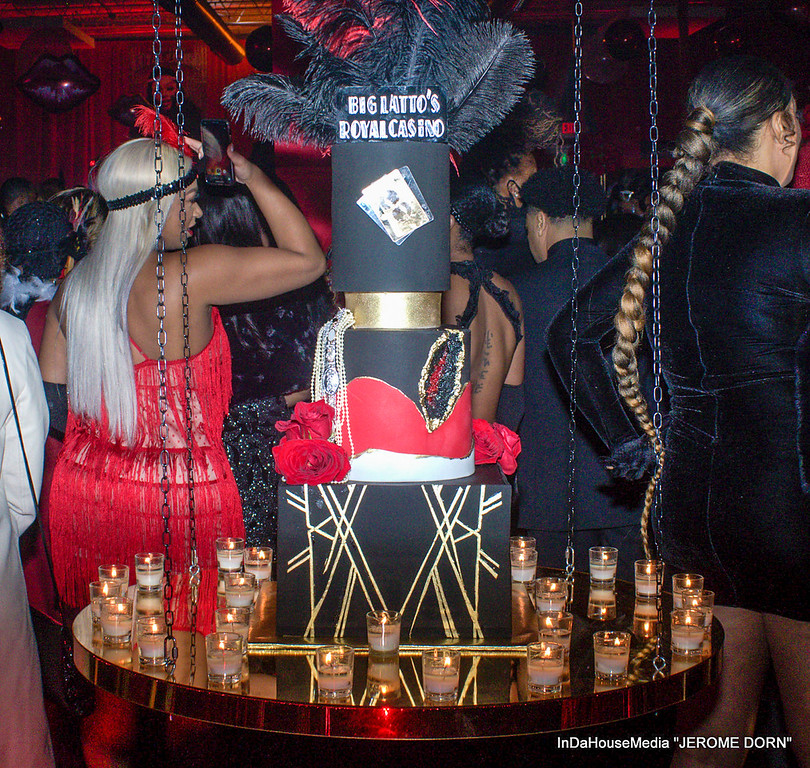 The birthday cake was on a swing, cuteness! 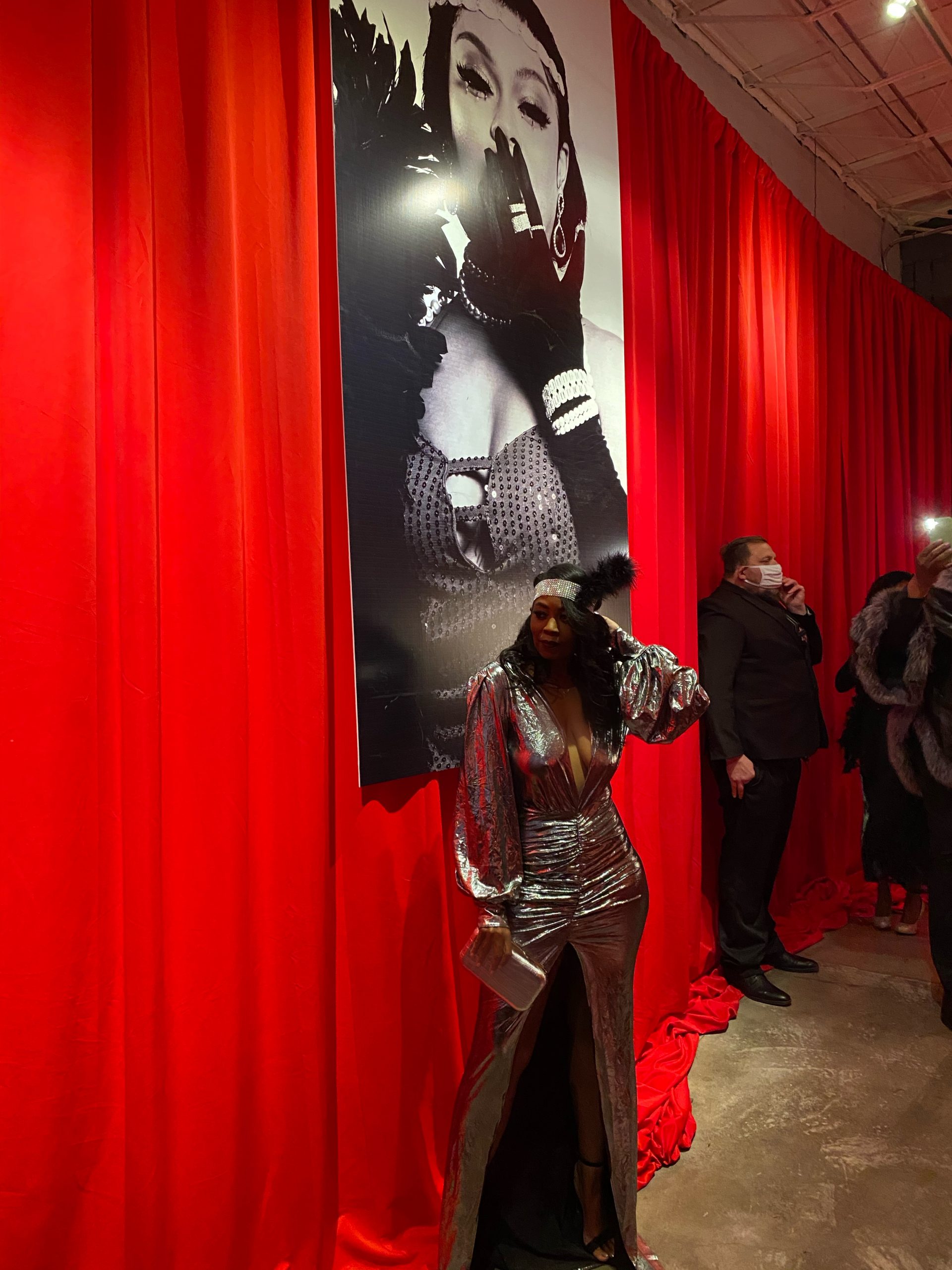 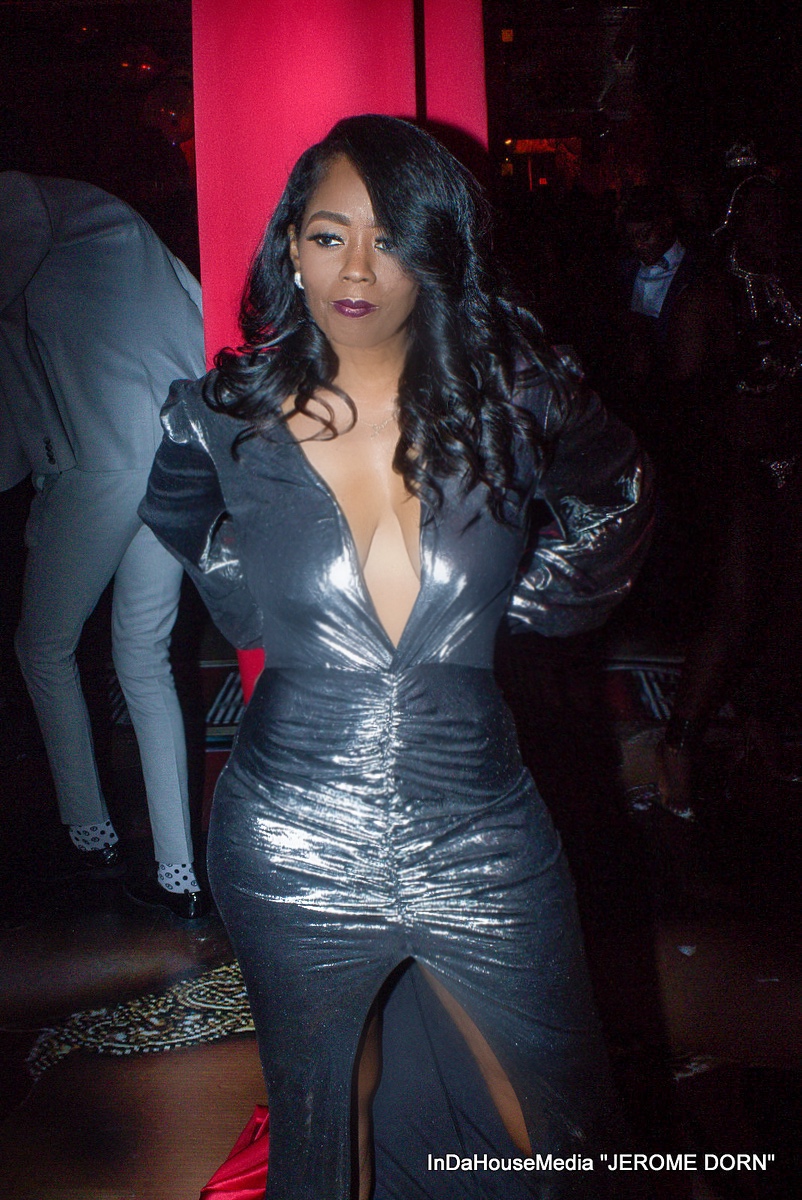 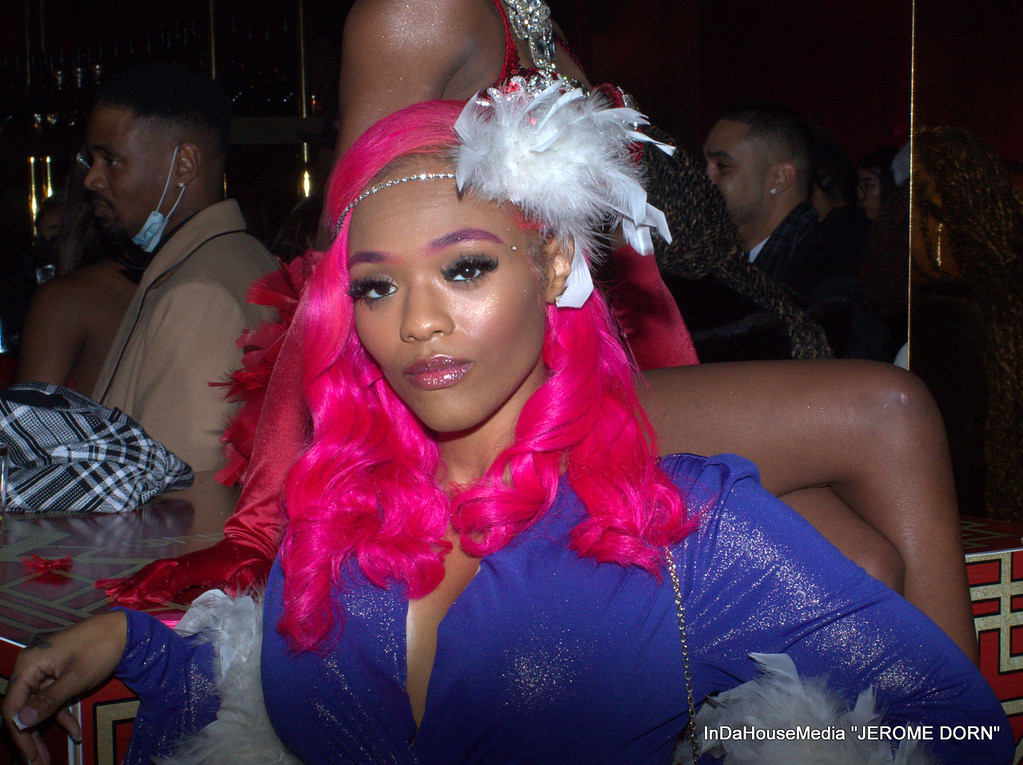 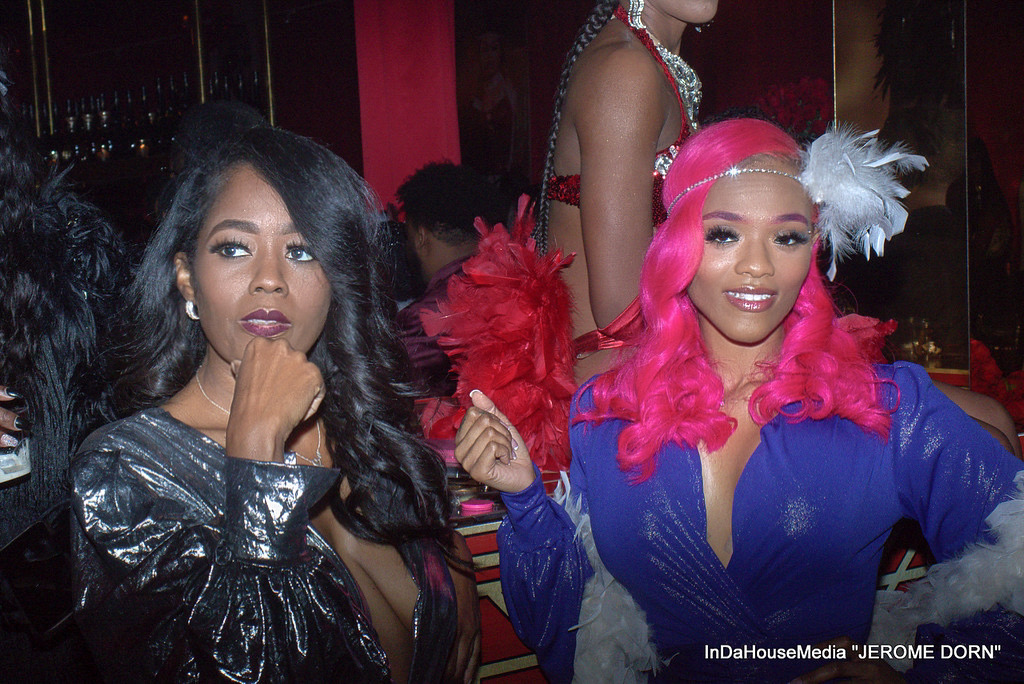 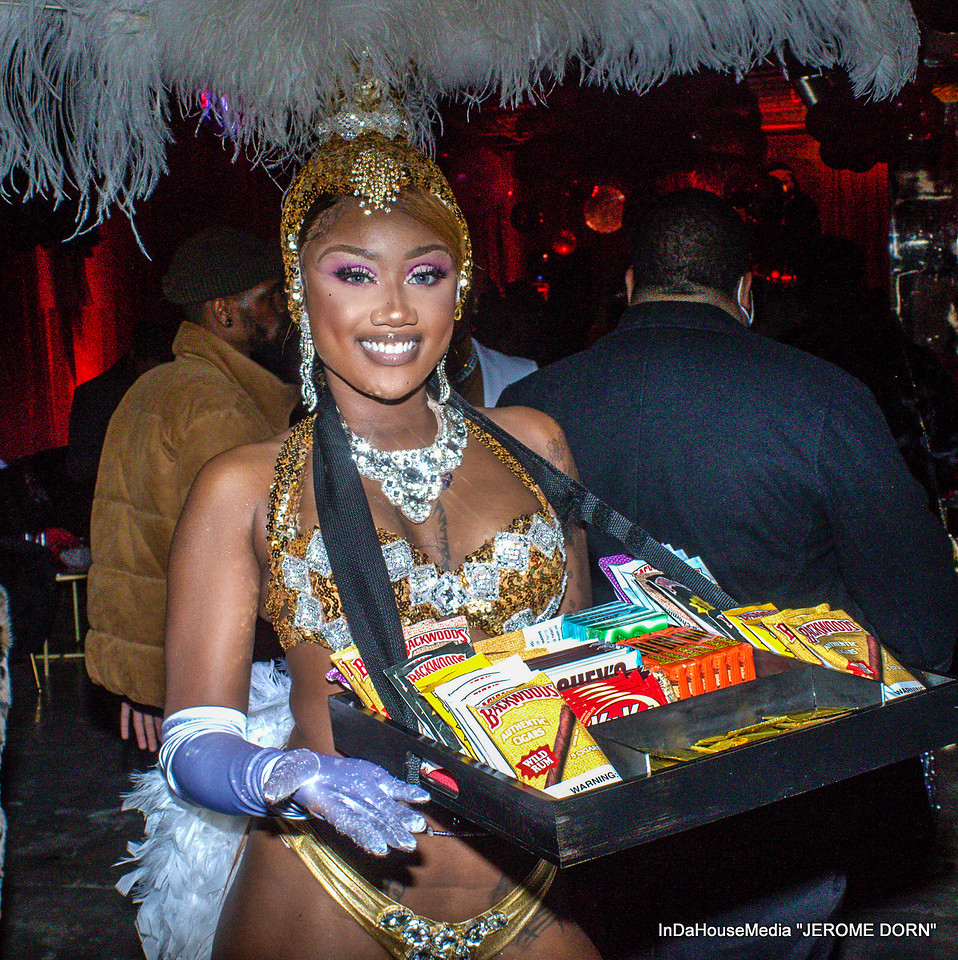 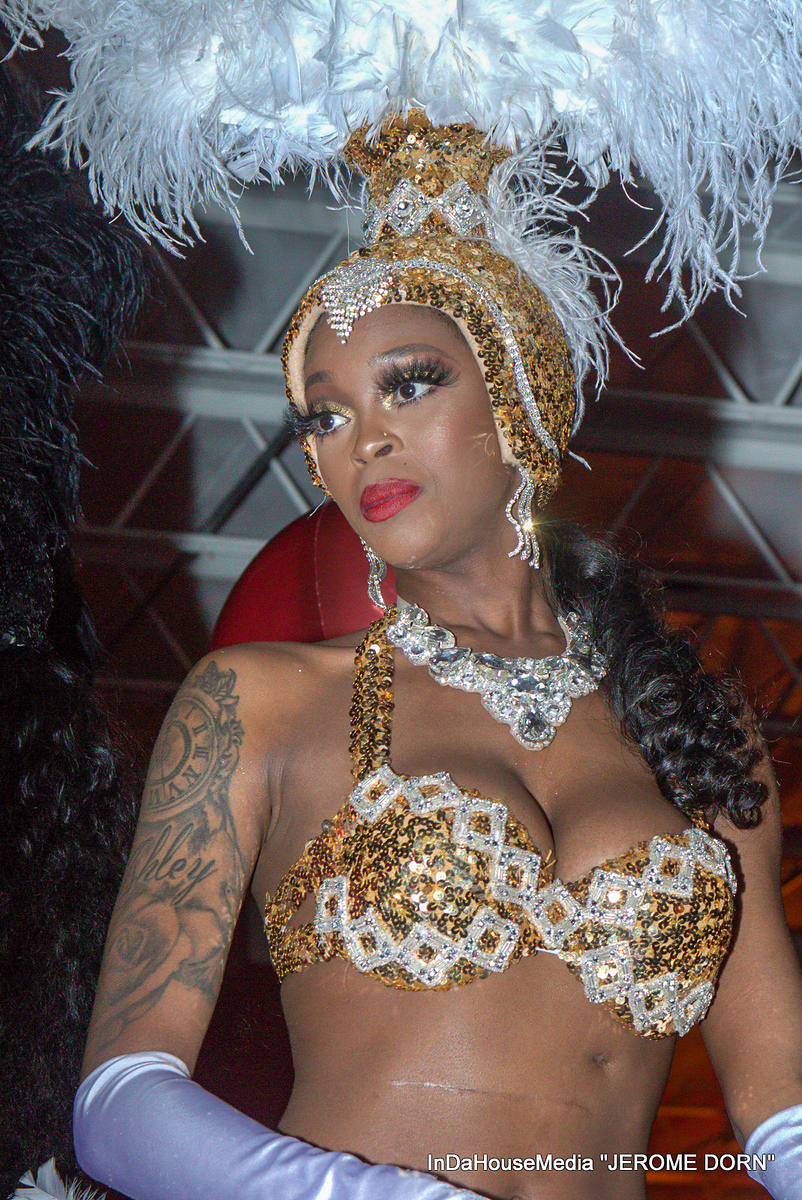 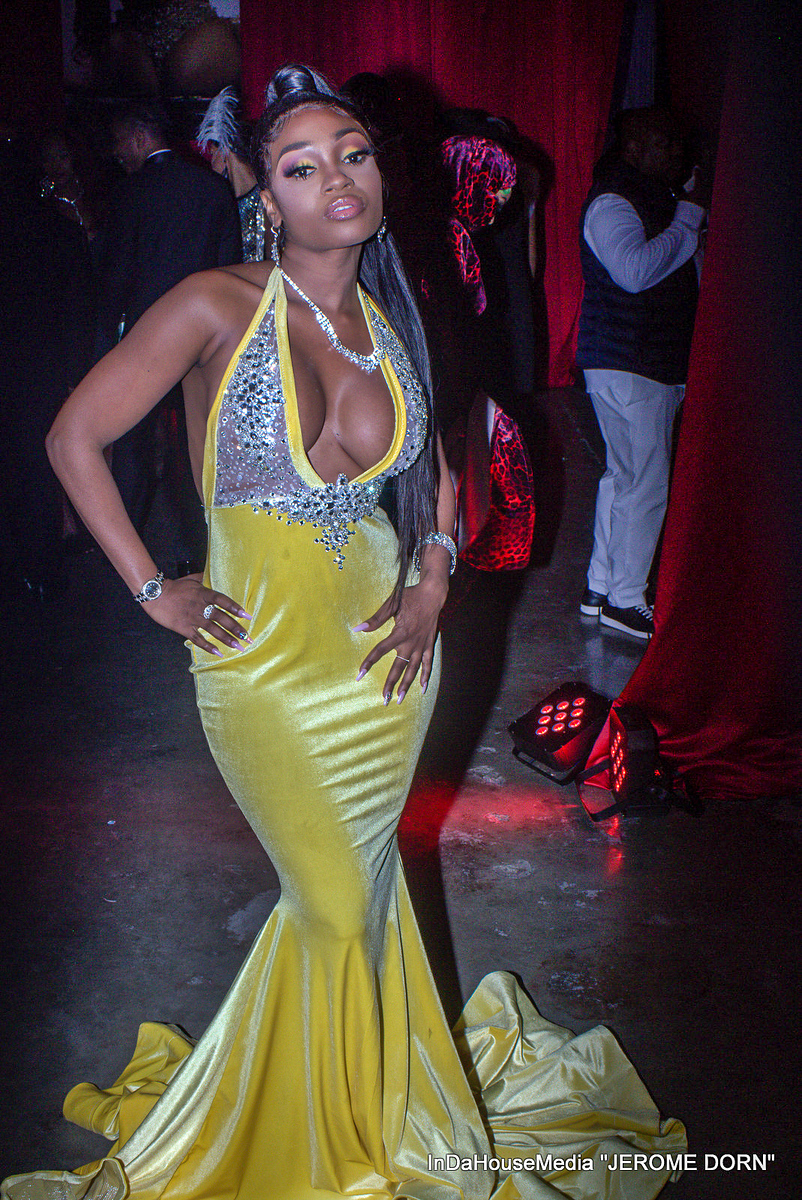 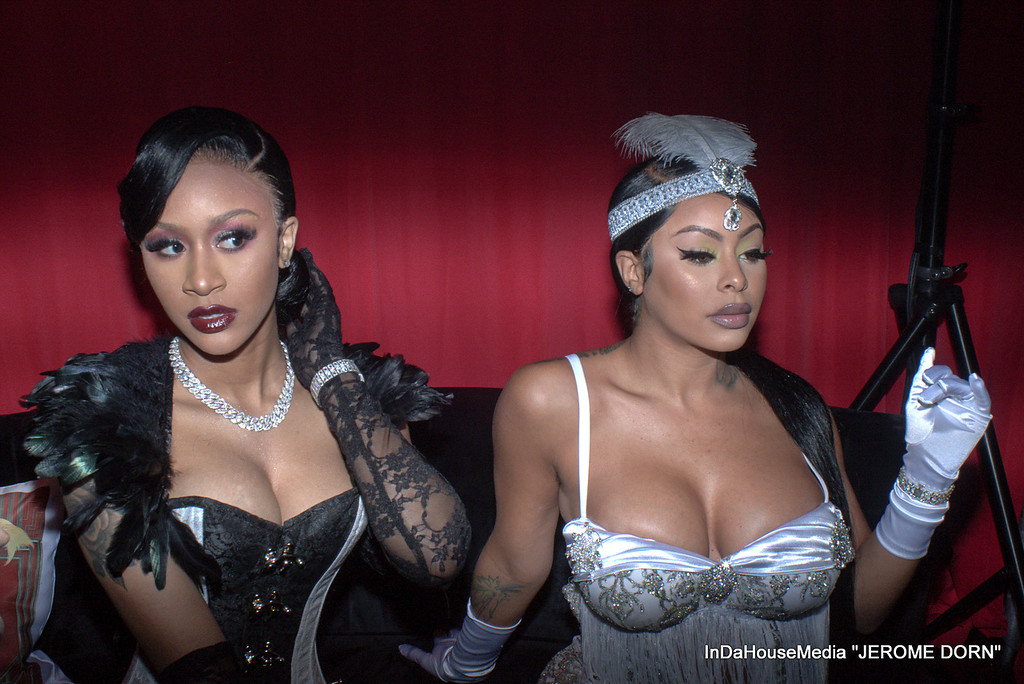 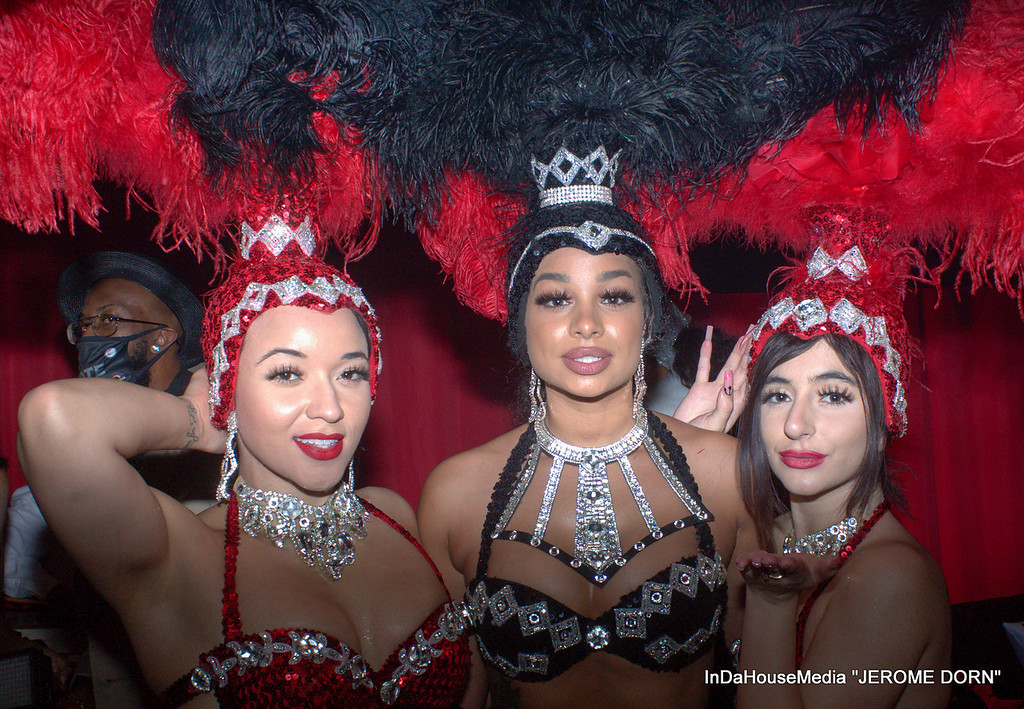 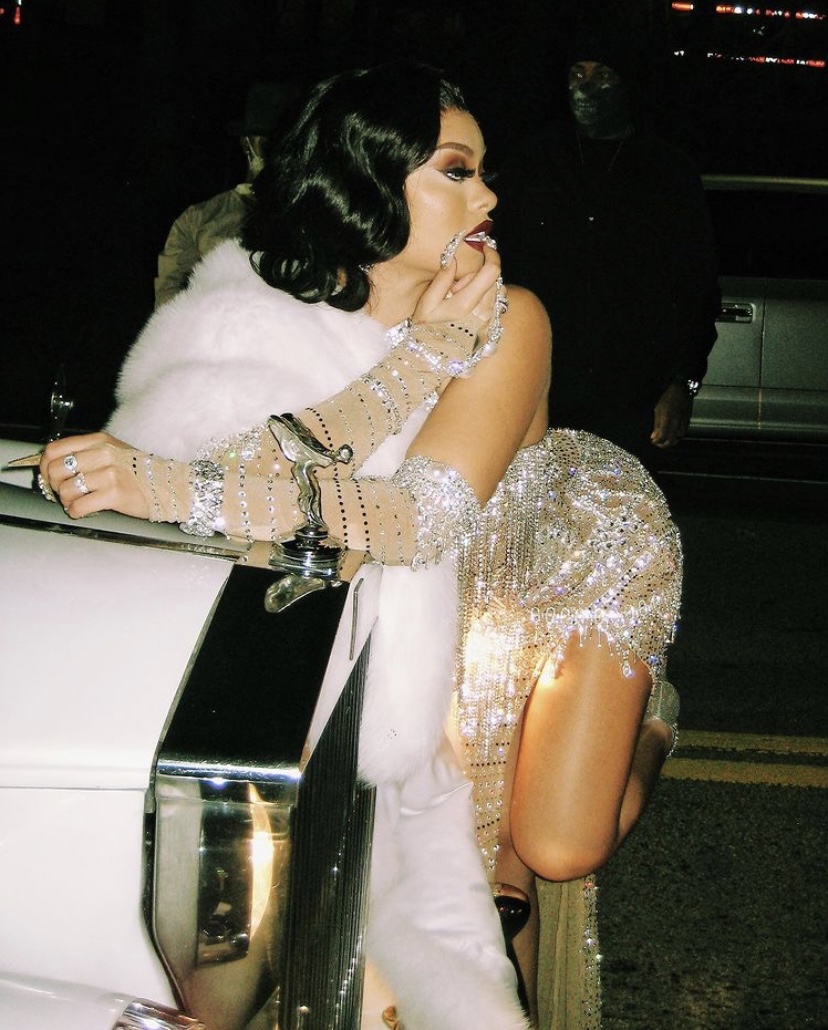 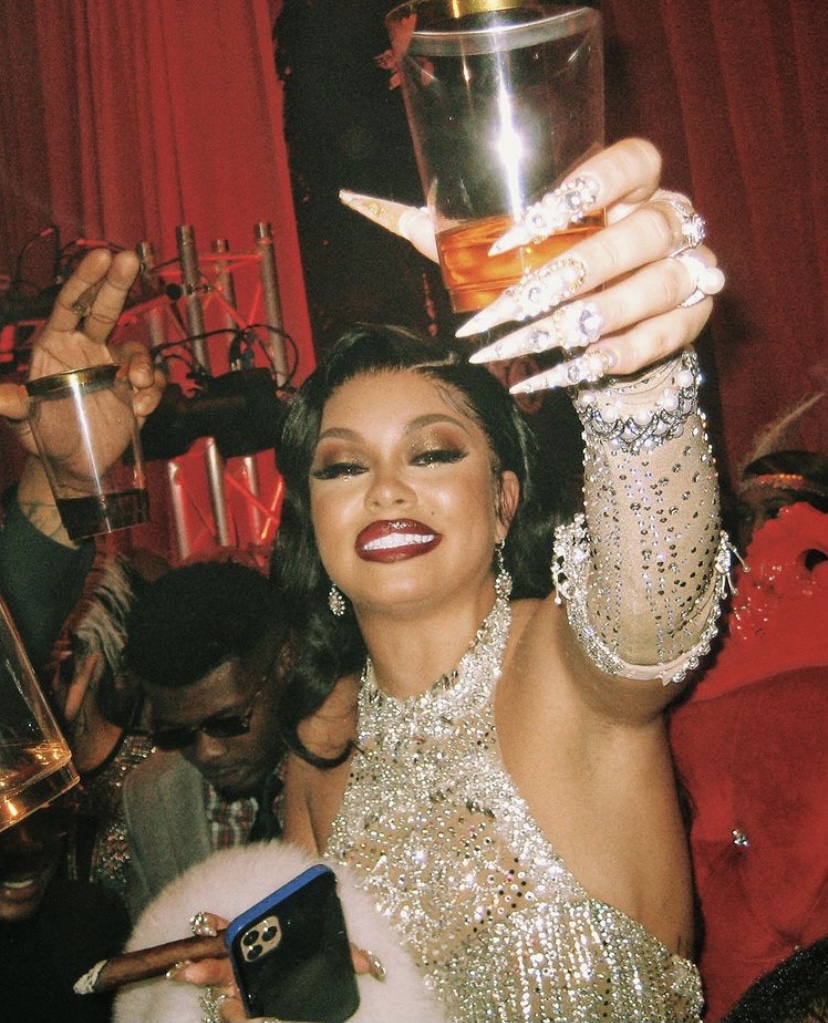