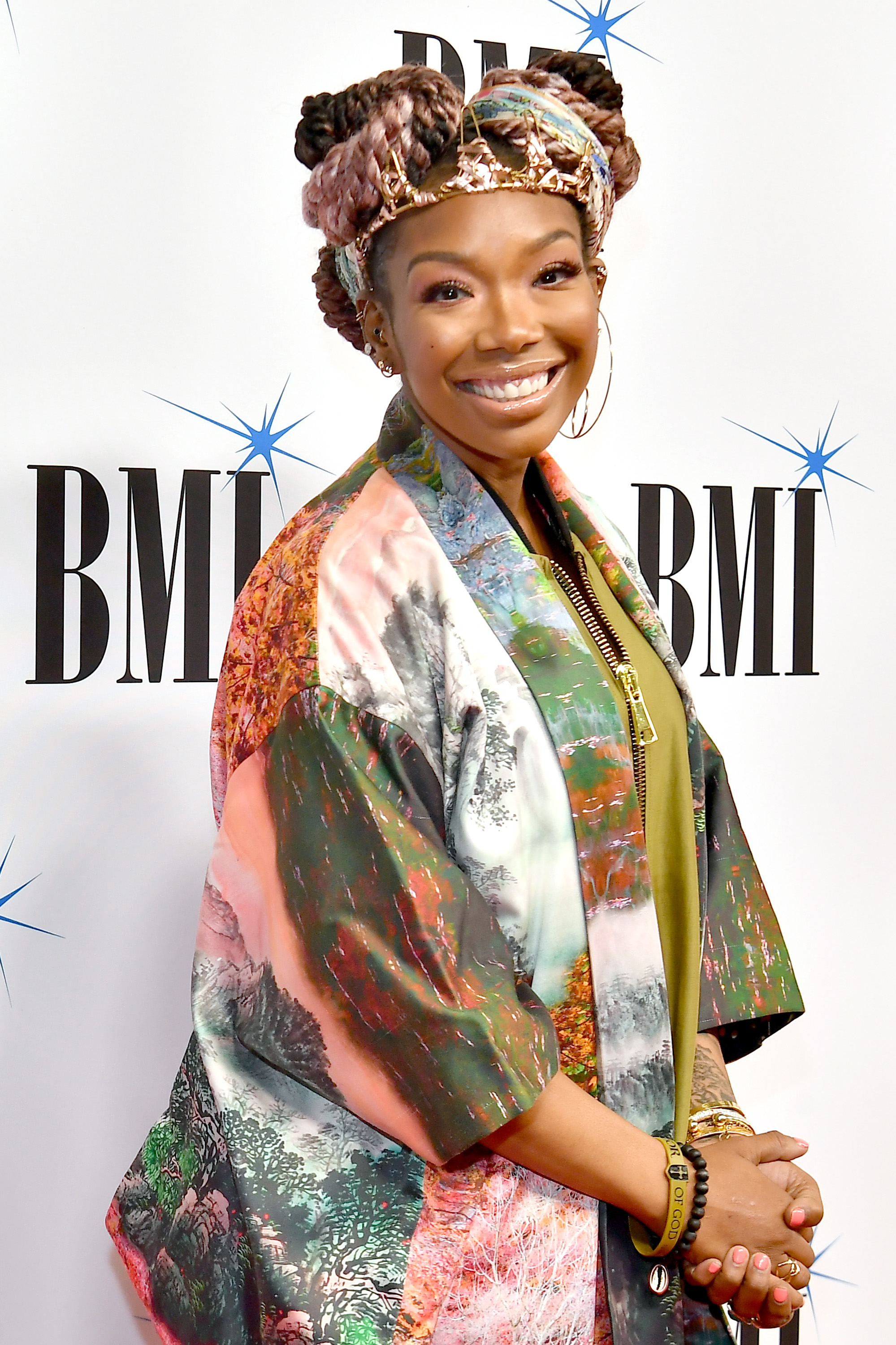 Last night, BMI (Broadcast Music, Inc.) celebrated the songwriters, producers and publishers of the past year’s most-performed R&B/hip-hop songs during the 2019 BMI R&B/Hip-Hop Awards held at the Sandy Springs Arts Center in Atlanta. Multiple-award-winning singer/songwriter and actress Brandy received the BMI President’s Award in recognition of her powerful impact on the entertainment industry and her timeless hits, which have secured her place in R&B history. 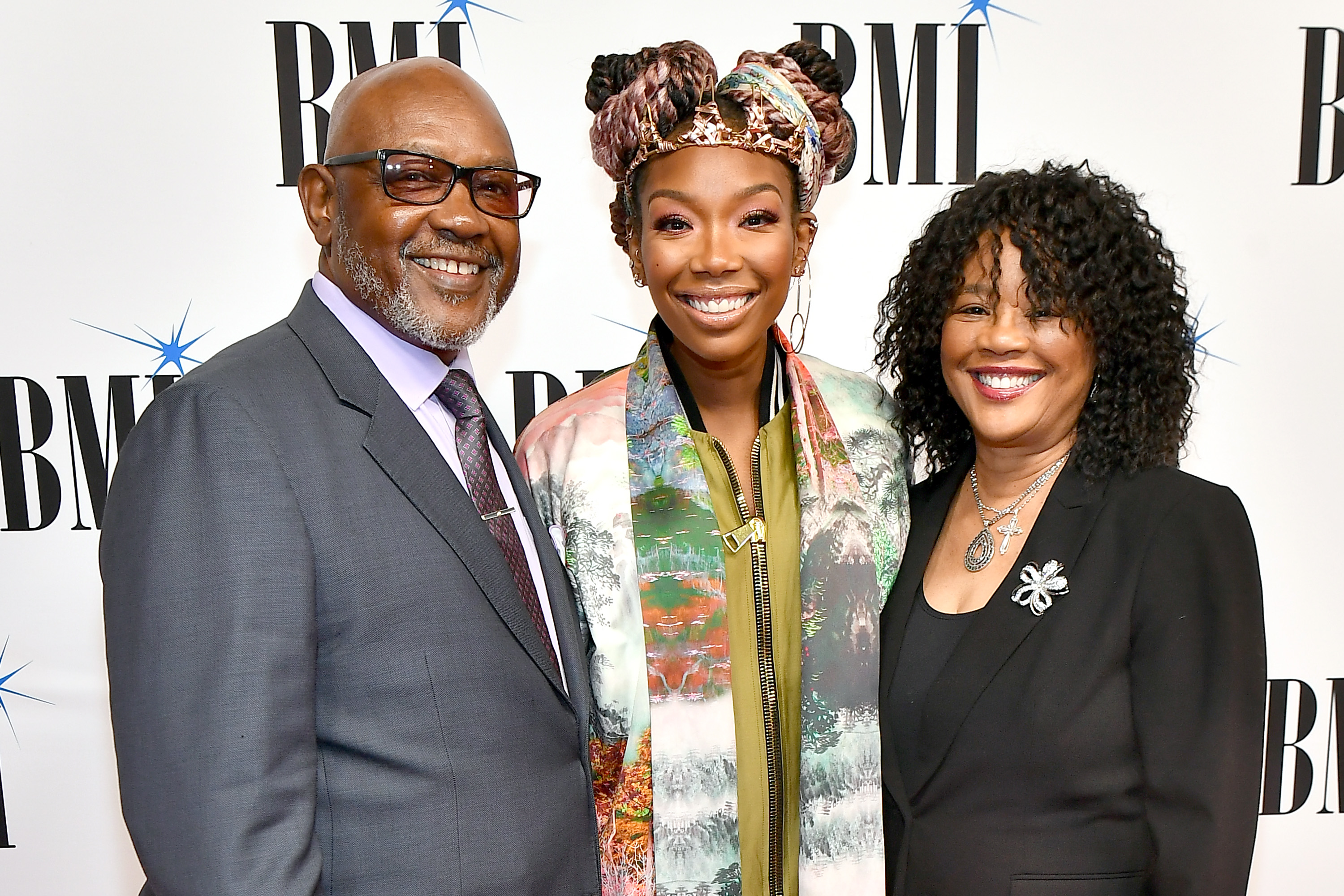 Brandy and her parents

Hosted by BMI President & CEO Mike O’Neill and BMI Vice President, Creative, Atlanta, Catherine Brewton, the evening included stellar performances by some of the hottest artists on the music scene. The ceremony kicked off with a moving tribute video in honor of the late rapper and activist Nipsey Hussle to celebrate his musical legacy and remarkable philanthropic work. Atlanta-based rapper Gunna followed with a medley of his biggest hits, ending with his smash “Drip Too Hard” featuring Lil Baby, who joined him on stage for the performance. Afterwards, Gunna received a special award in recognition of the song garnering one billion streams. TV personality and comedian, DC Young Fly then presented Memphis rapper NLE Choppa with the 2019 BMI Social Star Award.

The evening also featured a series of special tributes to Brandy, which began with contemporary R&B singer/songwriter Jade Novah performing a beautiful rendition of “Talk About Our Love.” The tributes continued with Samoht singing a stripped-down version of “Brokenhearted,” followed by gospel singer Kierra Sheard’s sultry performance of two of Brandy’s ballads, “Have You Ever” and “He Is.” Eric Bellinger rounded out the tributes with “Baby” and “Nothing” which had the audience singing along. Brandy’s brother, Ray J, took to the stage and serenaded his sister with “Best Friend” before she was presented with the BMI President’s Award. Brandy accepted the accolade with an impromptu performance, encouraged by the audience, of “I Wanna Be Down,” before singing her iconic hit “Almost Doesn’t Count.”

The event also honored the top producers and songwriters of the previous year’s 35 best-performing R&B/hip-hop songs in the U.S. from BMI’s repertoire of more than 14 million musical works. Wheezy Beatz tied for Producer of the Year with Tay Keith. Keith also received the coveted Songwriter of the Year award, an honor he shared with Post Malone, marking his second tie for the evening. Song of the Year went to “God’s Plan” by Yung Exclusive and Marciano and Sony/ATV was named Publisher of the Year for having 18 of the most performed songs of the year including “Sicko Mode,” “I Like It” and “In My Feelings.”
As the 2019 BMI President’s Award honoree, Brandy joins previous recipients Curtis Mayfield, Ludacris, Toni Braxton and Will.i.am, among others in sharing this distinction.
For a complete list of the 2019 winners, visit bmi.com and use hashtag #BMIRnBHHAwards on social. 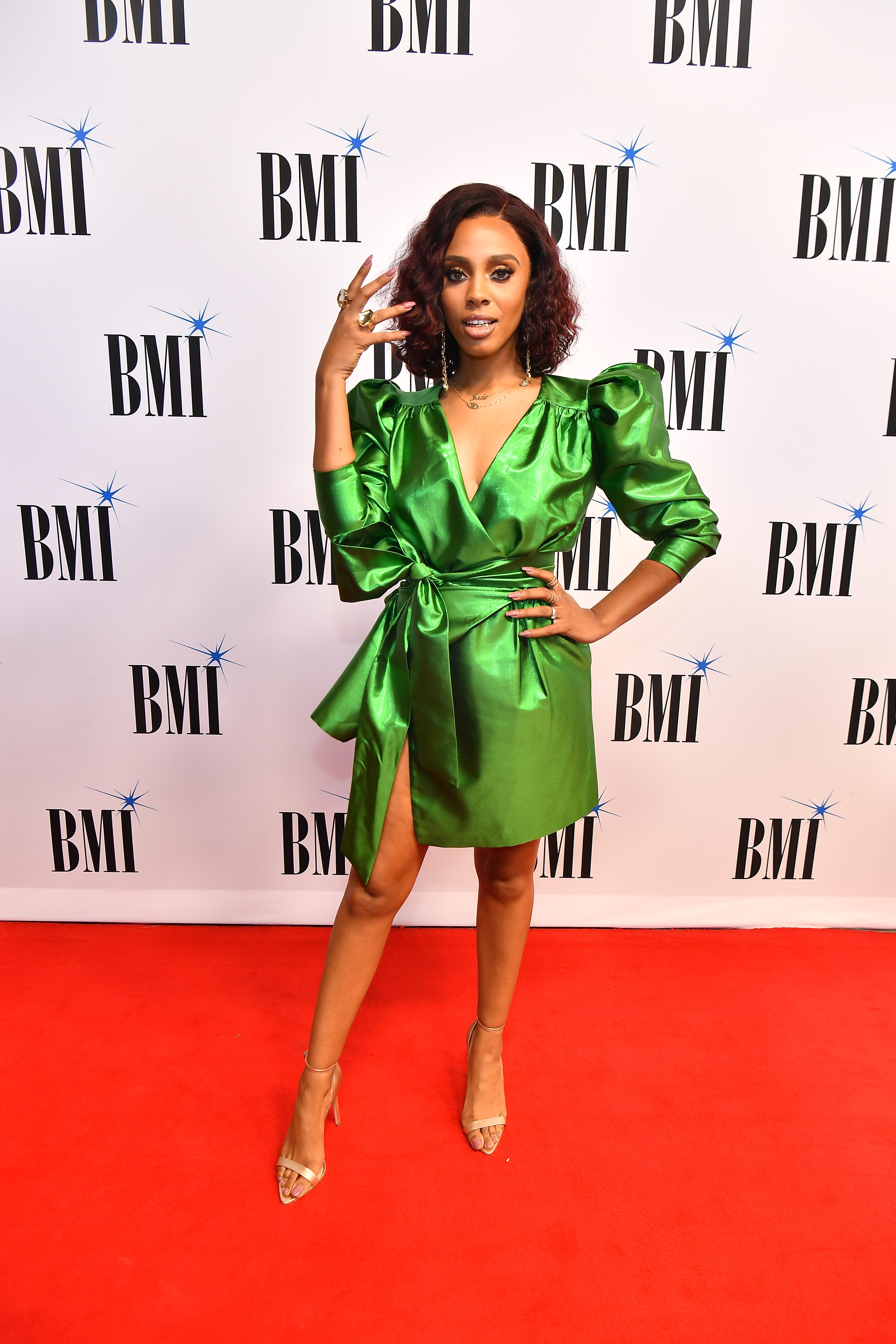 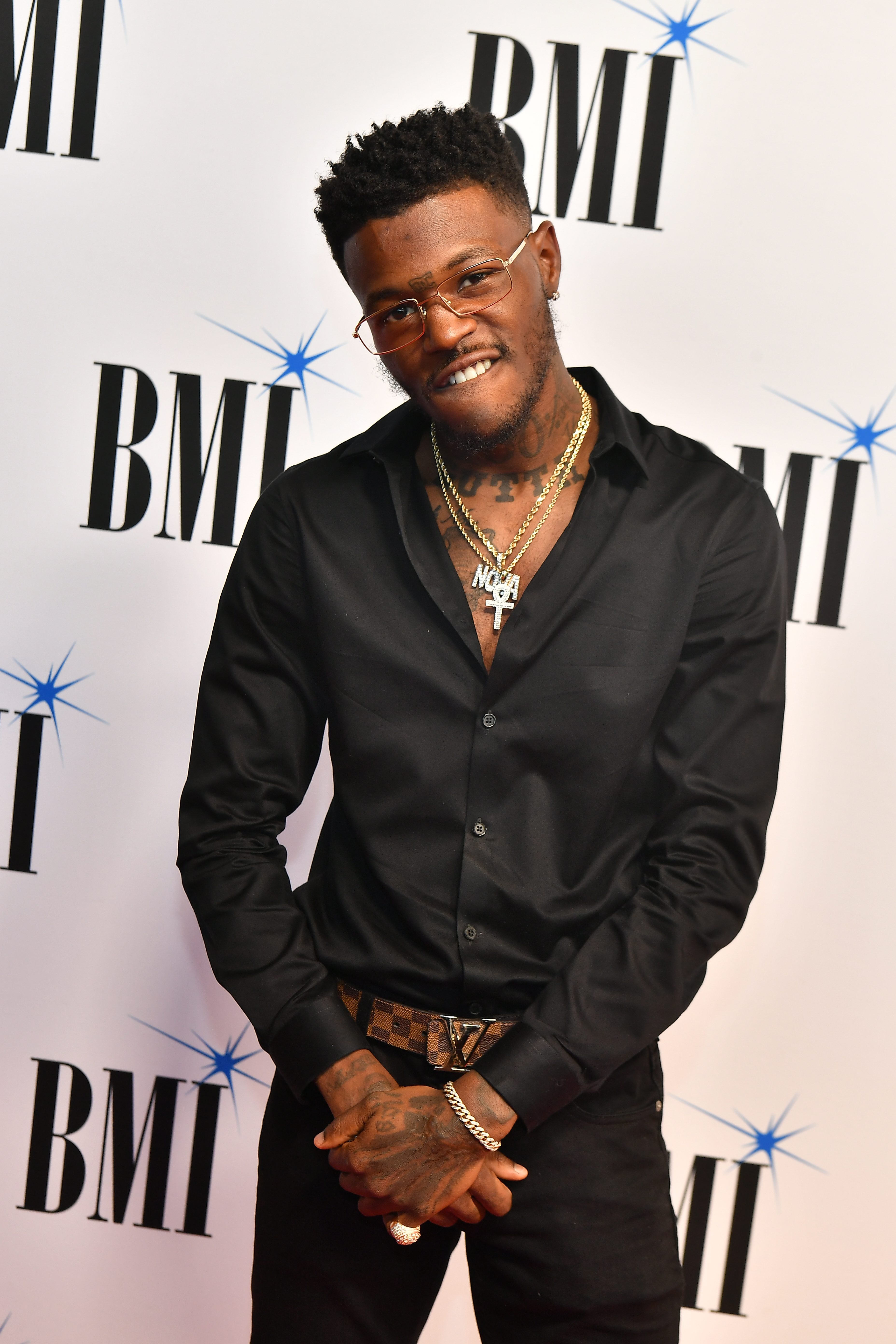 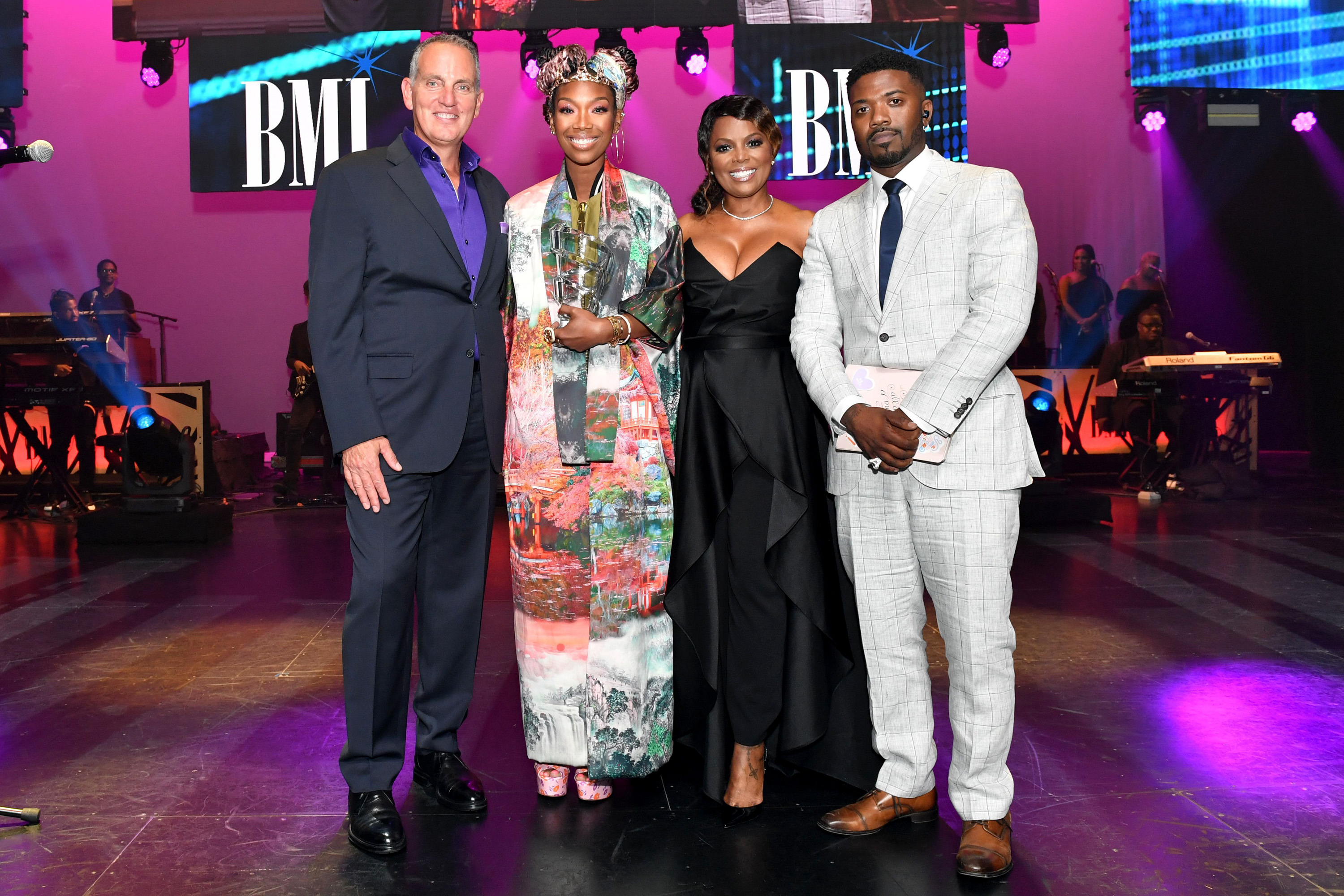 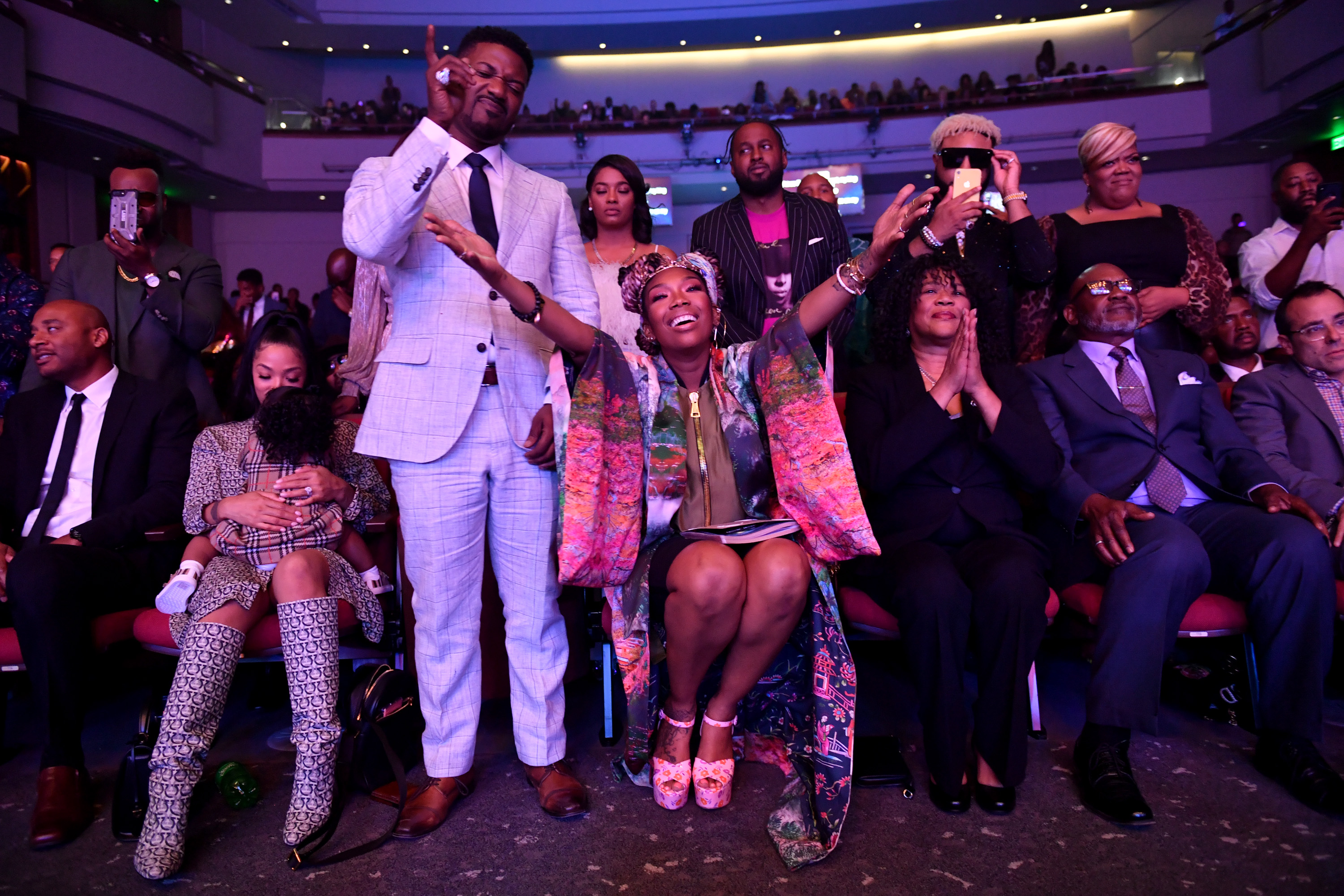 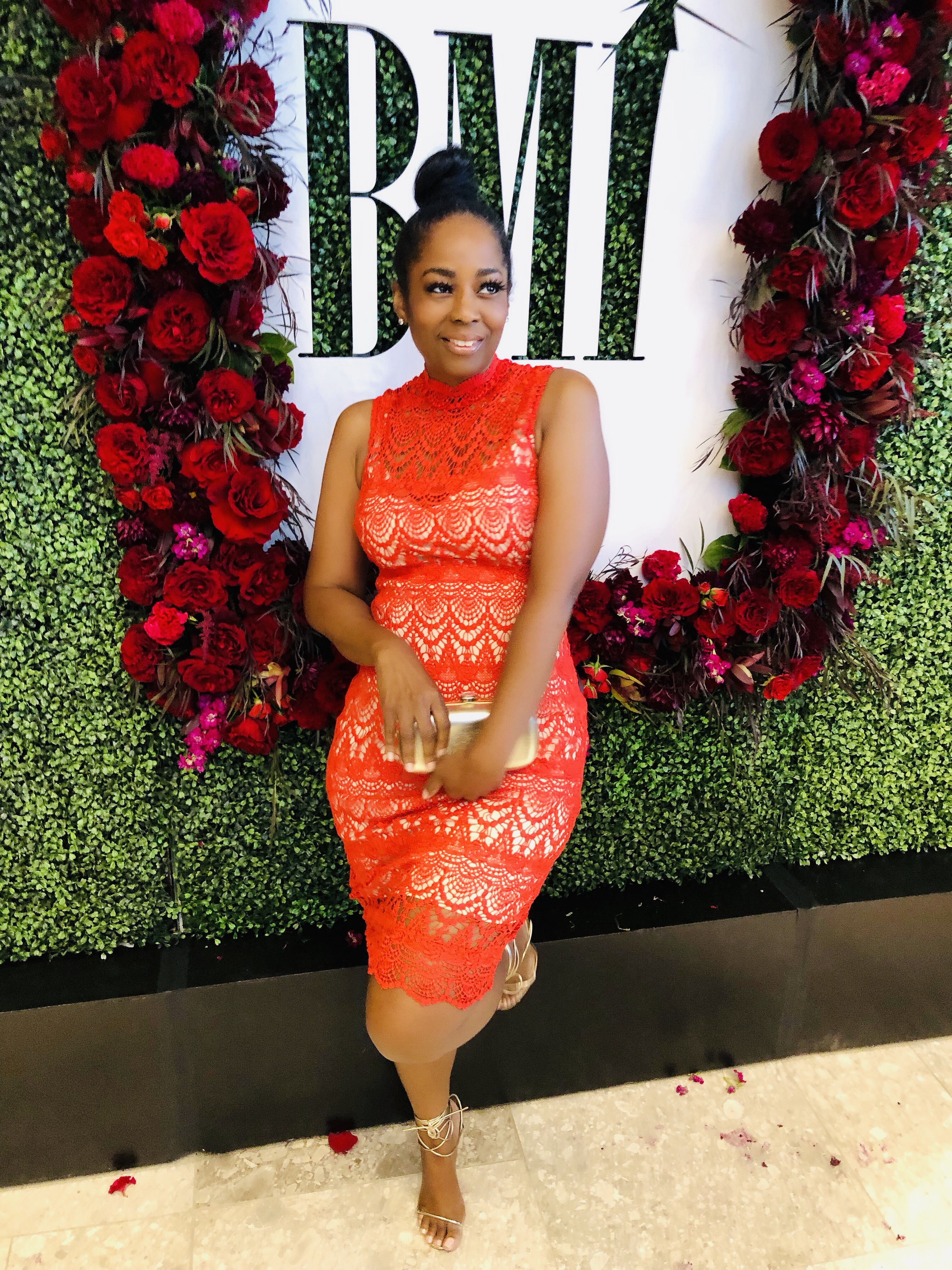