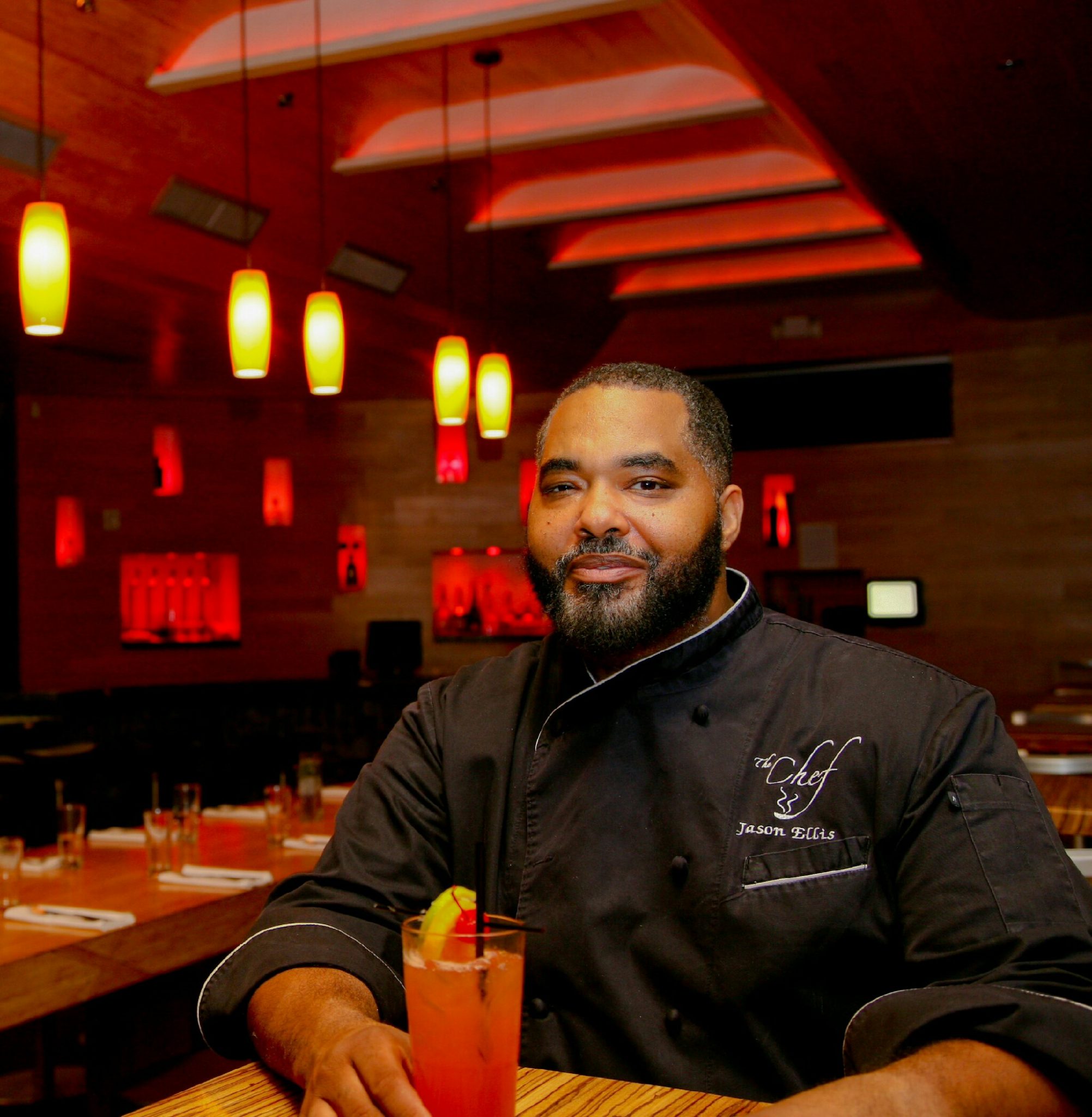 Chef Jason Ellis grew up in St. Louis, Missouri. One day his dad bought his mom a wok from all his travels, so his palette was exposed from a lot of different foods as a kid. That’s how he got interested in cooking. His parents moved to Columbia, South Carolina and he knew that his mom couldn’t afford culinary school after he graduated from high school, so he decided to go into the military.

He went in knowing he wanted to cook. 94 B is the term that they use for the culinary field. He was stationed in Berlin, Germany during his service. Soon after, Chef Ellis went to culinary school in Germany. He entered a lot of culinary competitions and won for his exquisite cuisines. His particular school was undefeated. After two years, he came home with a medal for his culinary skills.

After leaving the Army, Ellis then became an Executive Chef in numerous restaurants before landing in Atlanta cooking at 300 Atlanta. Once he cooked for Music Mogul Quincy Jones, his career took off! He became a Personal Chef, then Fox came to Atlanta for the famous reality show Hell’s Kitchen and he was chosen out of hundreds who auditioned. He was on Season 7, and made it 13 out of 16 episodes! Chef Jason Ellis now has his very own restaurant in Lawrenceville, Ga called, Smoke 631 named after the zip code from St. Louis Missouri, where he was born.

I had the pleasure of stopping in today to check out his new St Louis Inspired BBQ spot which is located not far from where I live! Its a sit down or take out restaurant and it was pretty packed for just being only open for a few hours! Everything is cooked to order but you can smell the smoke from the crab legs and ribs on the HUGE grill outside! Whats on the menu, you may be wondering? 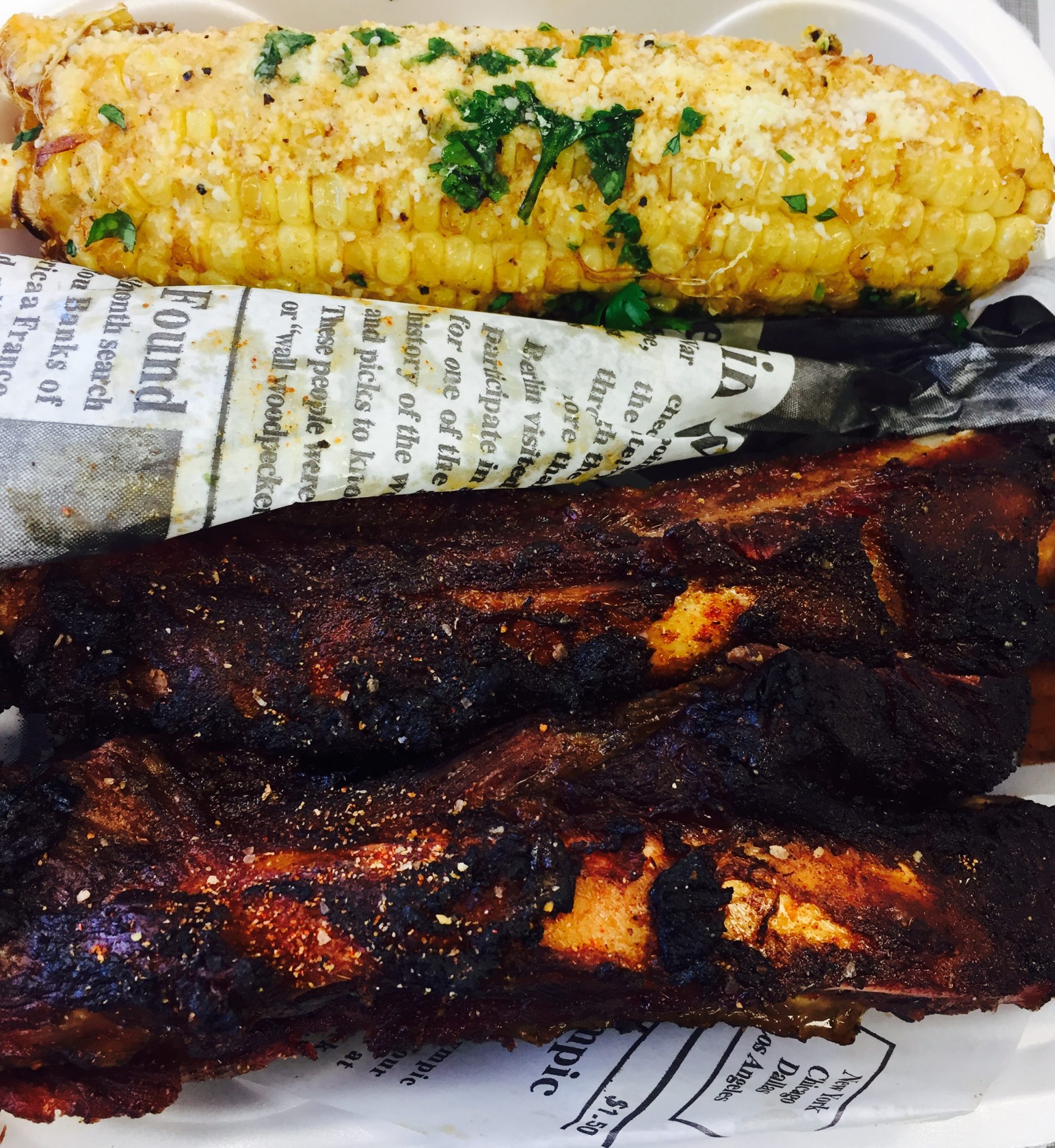 Beef Ribs, side of Grilled Corn (excellent and extremely flavorful!) 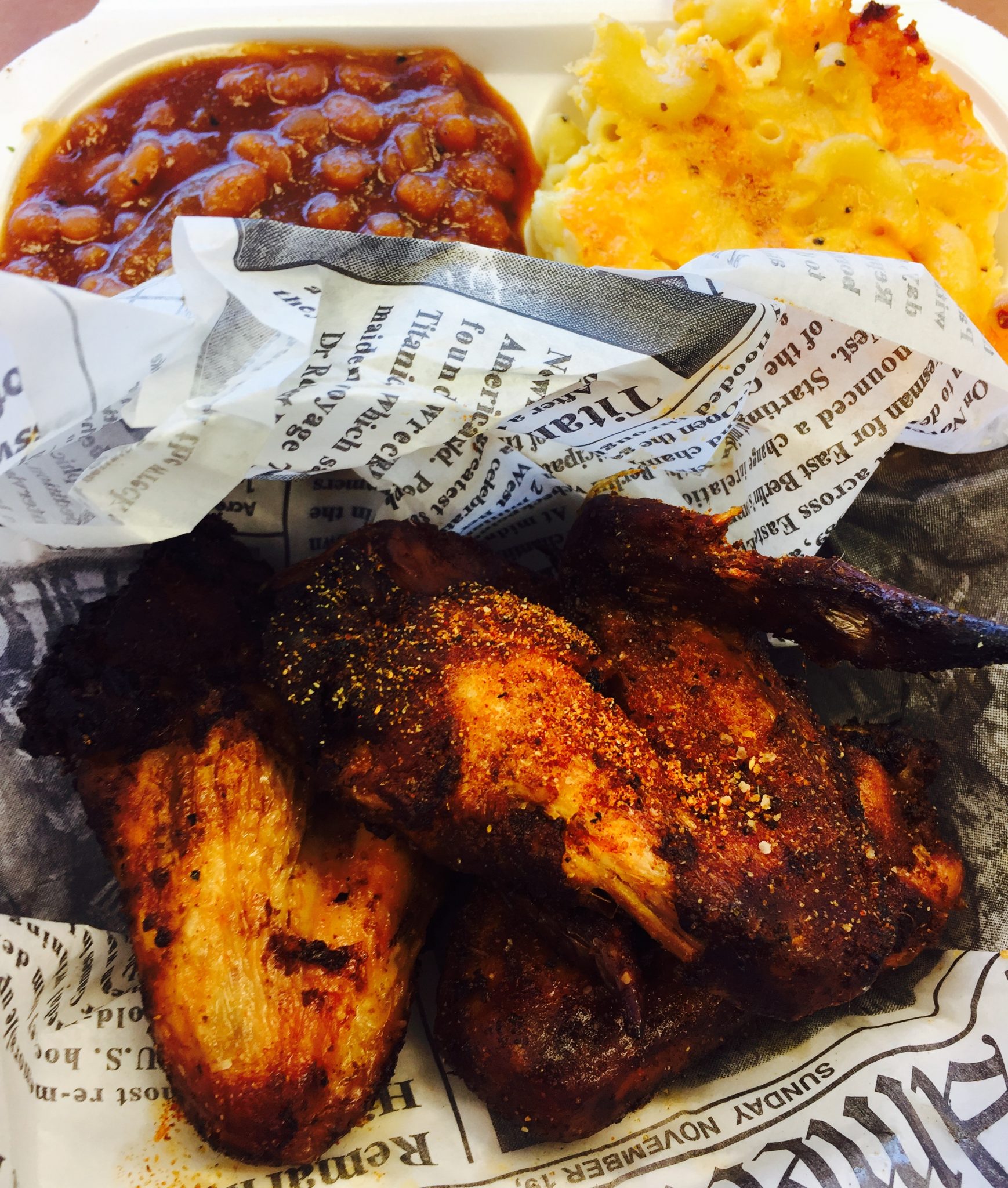 Smoked Wings, Baked Beans, Mac & Cheese(so delicious and was falling off the bone!) 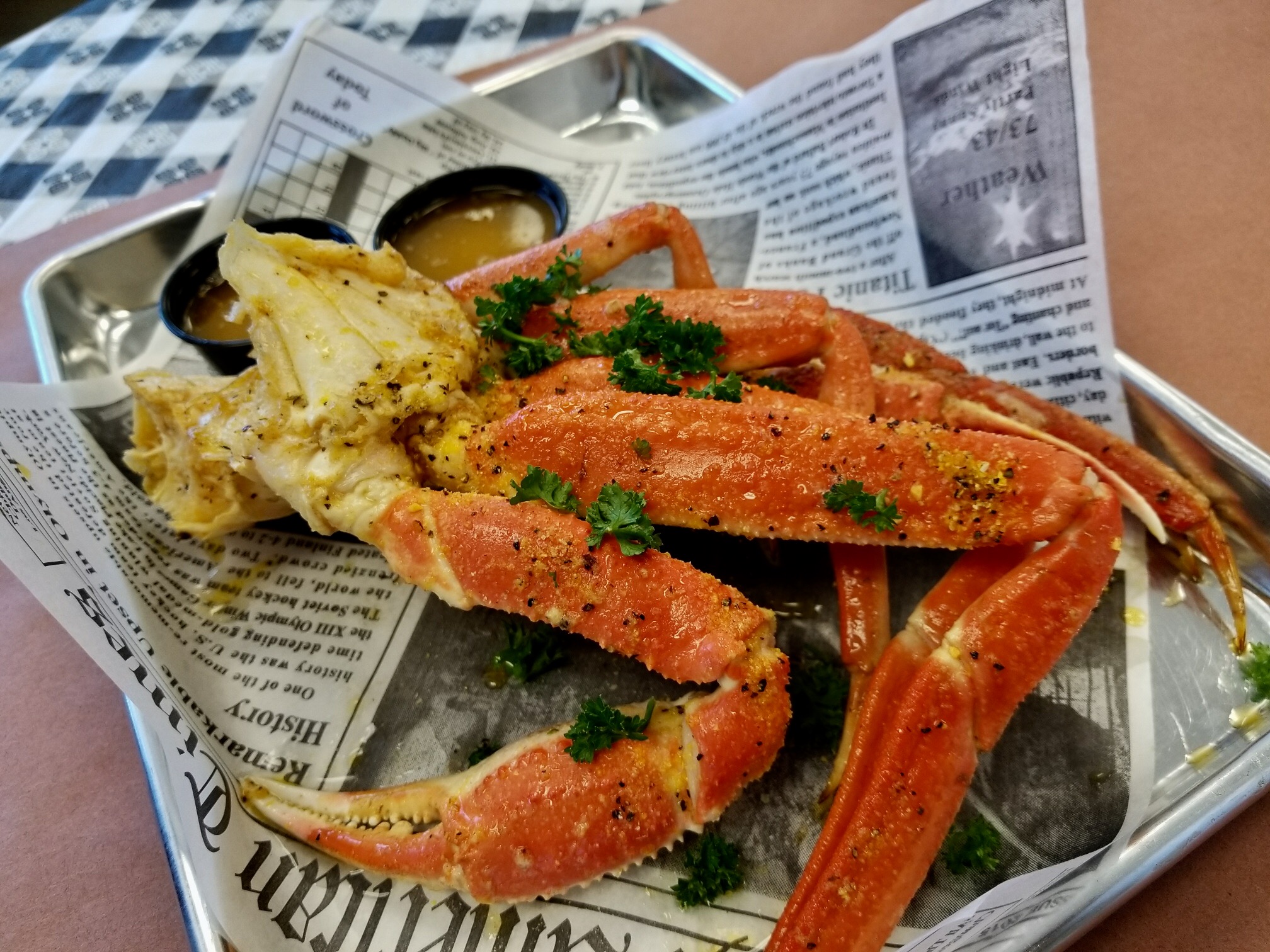