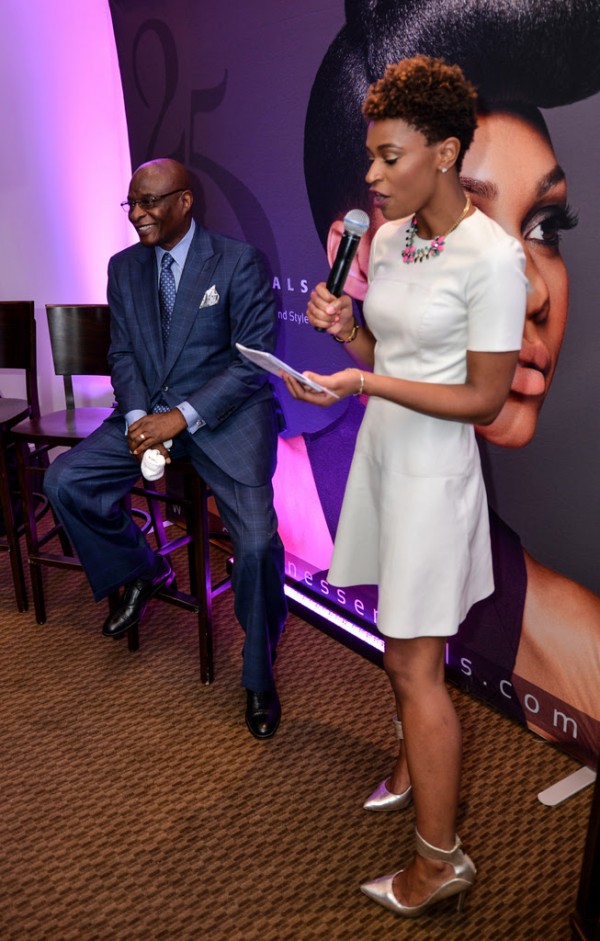 I was unable to make it out to the bloggers luncheon with popular hair care brand Design Essentials and I’m so sorry I missed it! Cornell McBride Sr. visionary behind the Design Essentials® hair care brand, shared lessons learned in building a multimillion beauty empire over the past 25 years. Check out what he had to say and read his top 10 tips for brand longevity for those of you trying to build your brand! Very informative information! 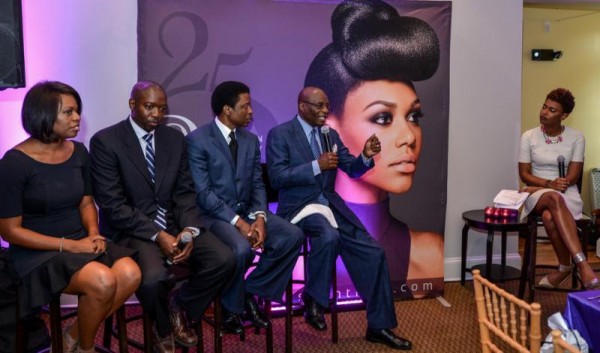 1. Accomplish Anything With A Strong Enough Goal
Watching my parents struggle made me promise to buy my mother a house at the age of 10. Even though my family viewed it as a child’s harmless boasting, I never forgot. Every decision I made, from leaving Savannah to moving to New York to joining the Air Force to beginning M&M Products was dictated on getting enough money to buy that house. I didn’t necessarily know the “how” of obtaining the goal but I knew that it was something I had to do. By the age of 38, I was finally able to fulfill this goal.

2. Step Outside Expectations
Growing up in Savannah under Jim Crow, I was expected to follow in my father’s footsteps, leaving school early to begin working to support the family as my older siblings did. In the back of my mind, I always knew that wouldn’t be my path, which led to me refusing to drop out of school. As a result, I became the first in my family to graduate from high school (even being the 5th eldest). I’m proud to say that my siblings under me all went on to graduate as well, changing our family legacy.

3. Starting From Scratch Isn’t The Worst
When tensions arose between myself and my co-founder at M&M Products, I wasn’t as proactive as I could have been with communicating. As a result, we ended up selling the company to Johnson Products. Afterward, I had to start over from scratch, and for 3 years, I felt like I was wandering in the wilderness as I worked to build Design Essentials®. However, this time, I had an advantage– it was the blueprint that I had established while working at M&M. The only difference is that now I had the final say! I was able to bounce back and build Design Essentials® with the support of my family to multiple millions again, but it took being flexible and learning the lessons from my failures.

4. You Determine How Far You’ll Fall
When we were getting so much demand for the prototypes of Sta Sof Fro, which we developed in 1973, I was a pharmacist at the time with a young family depending on me. The Afro was huge and people were demanding a way to look good, but risking the health of their hair. Time was of the essence and I knew we had to enter the market quickly. With an initial investment of $500 (which was a lot of money at the time), we were able to
purchase the first 1,000 bottles. Based on that investment, people often asked how I was able to take the risk of an entrepreneurial venture. Since I was a certified a pharmacist, I knew that I could always return to my profession if things didn’t work out. Therefore, I was equipped in taking the risk because I knew how far I was willing to fail.

5. Don’t Worry About “Them”
In the black hair care industry, there are many vocal opponents to the proliferation of stores and brands that are not black-owned. I’ve always believed that we live in a free market and we can’t exclude people from having the opportunity to make money as we wouldn’t want to be excluded. The answer is to compete as best we can. I was able to differentiate Design Essentials® by building a salon distributorship model that formed relationships with the stylists that no one could compete with.

6. Leave The Egos Outside
In running a family business (all three of my children work for Design Essentials®), we’ve had to implement a “no-egos” policy. In meetings, I don’t want them to defer to me as “Dad.” Also, I taught them that they’re no better than anyone else because their last name is McBride. We’re able to discuss differences without being indifferent.

7. Course & Correct As Needed
I’ve learned it’s okay to say I was wrong, I didn’t understand, and it’s okay to change your mind in light of new information. You need to listen and evaluate and reject information based on facts. When we saw the recession and the shift of consumers from receiving salon services to wanting to do their own hair at home, our brand had to shift from being professional-only to being available in retail. It’s one of the smartest decisions we’ve made, but it was based on being flexible as well as on market intelligence.

8. Skip The Solo Act
Functioning with synergy as a team makes all of us better. Just like adding one battery to a row of batteries increases the power, having the right people with you strengthens your business. I couldn’t go into every salon and sell Design Essentials®, so I opened up the opportunity to entrepreneurs who were looking for a way to make money. We’ve been able to build a network of entrepreneurial distributors, whereas many have been with us from the very beginning. They’re like a fraternity that struggled in the beginning to eventually evolve into successful, self-made millionaires. I had to get out of my own way and partner with others who helped the business thrive.

9. Pass The Baton
At this point in the business, I can say I’ve run my leg of the race. I passed the presidency of Design Essentials® to my son Cornell Jr. and now I’m able to be an advisor. There’s certain things he hasn’t experienced in business that I’ve seen, and I want to empower the next generation to avoid my missteps. You have to know when to step aside.

10. Success Is Less About You As It Is The People You Impact
For me, success is being able to provide for my family; educate my children; build a house for my parents; and equip my children with the opportunity to come into this business and thrive. We have an army of distributors who have become millionaires with us– some of them have been with Design Essentials® the entire 25 years. As I look into the future, I want to leave behind a good, strong company with competent leadership that is able to do greater things than I’ve been able to do. I don’t think about the financial part, that’s not what success is to me. It’s the people you’ve been able to touch and how you’ve been able to help others achieve their goals.