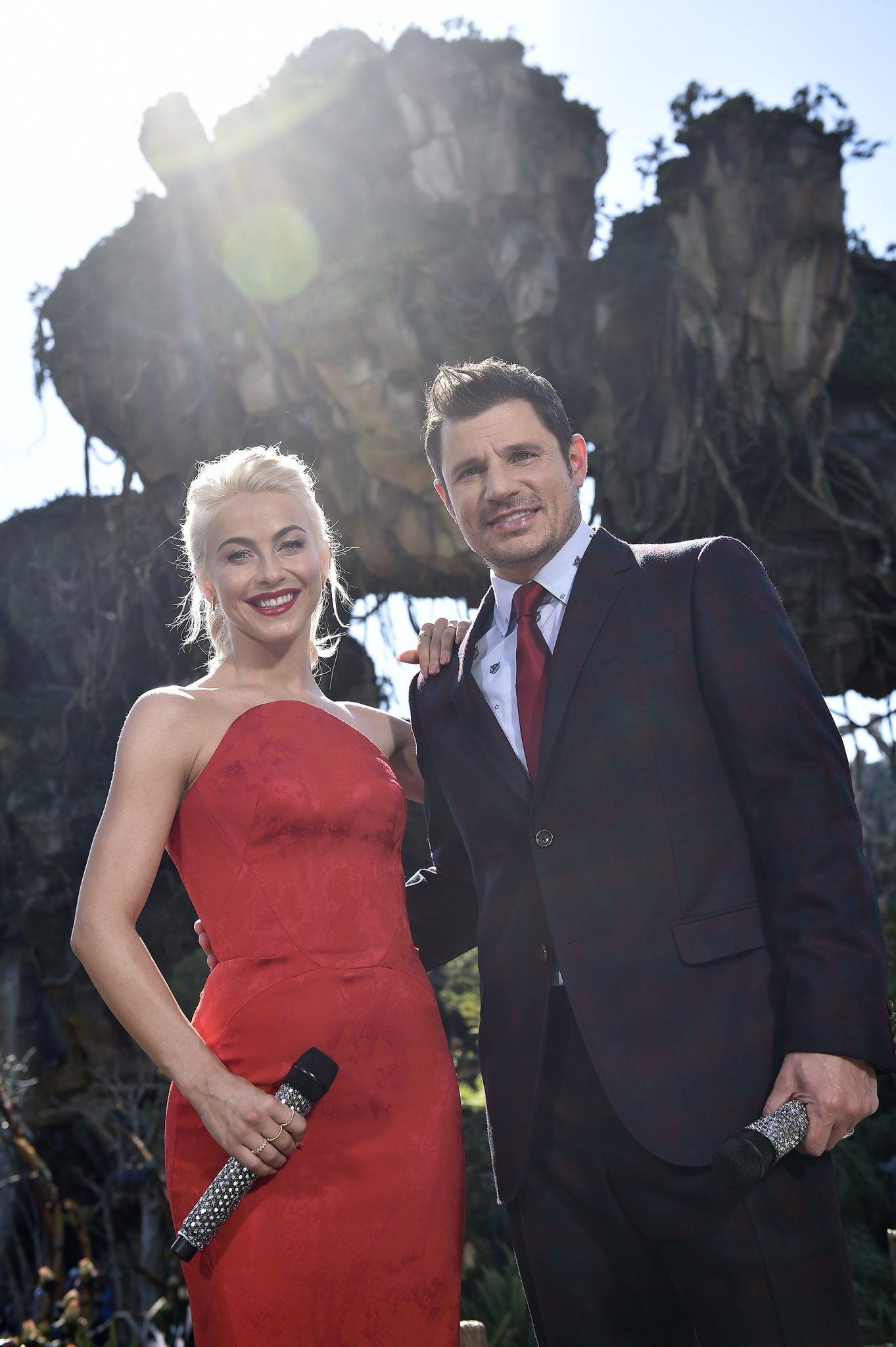 Families and friends will rock around the Christmas tree when “Disney Parks Magical Christmas Celebration” presents a celebrity showcase of seasonal sights, performances and traditions, including the beloved Christmas day parade, December 25 from 10 a.m. – 12 p.m. EST on The ABC Television Network.

Emmy-Award winner Julianne Hough and multiplatinum recording artist and television personality Nick Lachey will take viewers on a magical ride down Main Street, U.S.A. and beyond at Walt Disney World Resort in Florida. Sports star and commentator Jesse Palmer joins as co-host from Disneyland Park in California where beloved Disney characters will take the helm of the most joyous parade of the season.

Among the star-studded performances, Tony Award-winning actress Idina Menzel, who voiced the character Elsa in the Walt Disney Animation Studios blockbuster, “Frozen,” will melt viewers’ hearts when she sings the captivating Disney classic, “When You Wish Upon a Star,” from the steps of Sleeping Beauty Castle at Disneyland Park. More info inside… 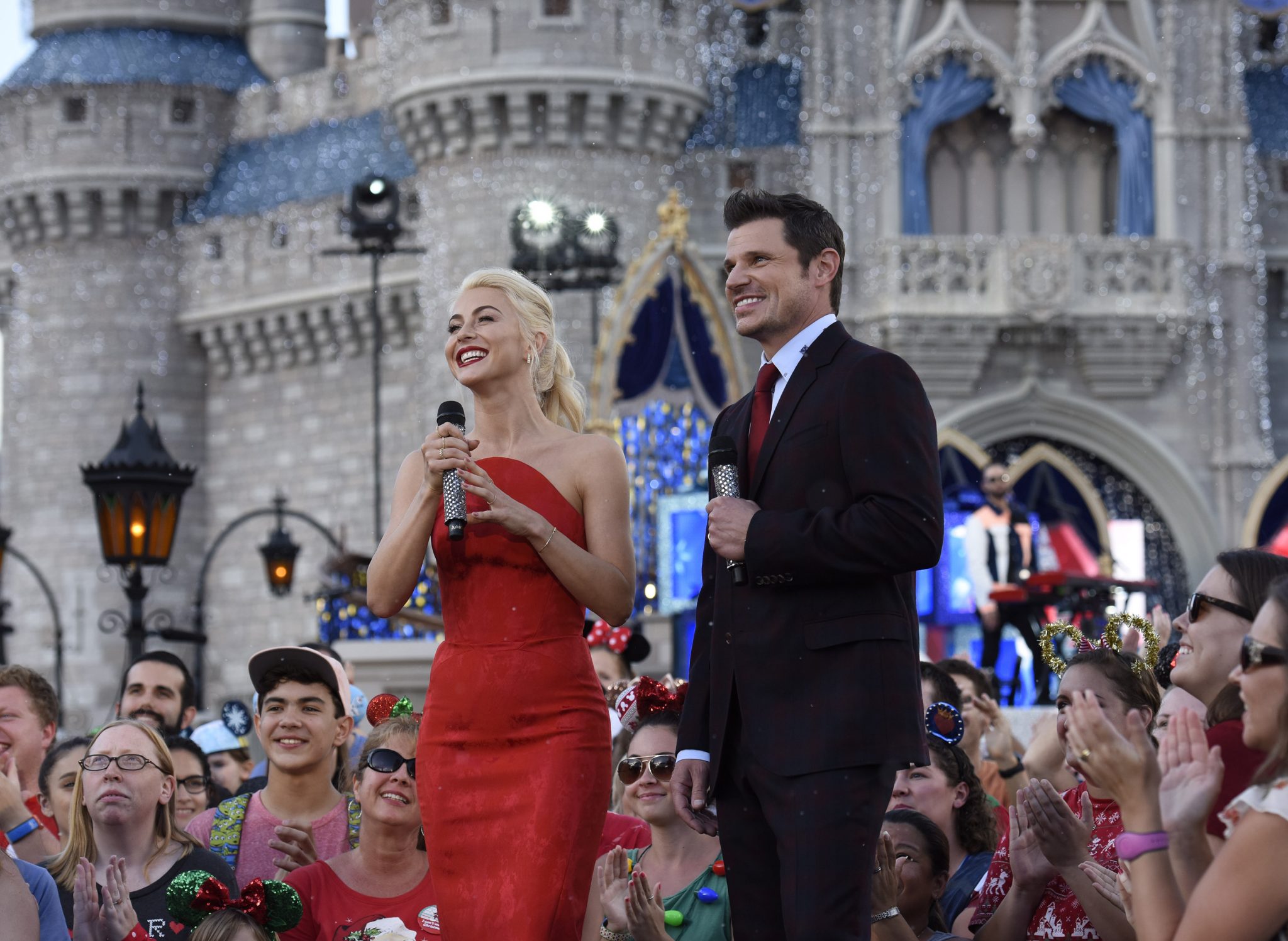 Viewers Blast Off ‘To Infinity and Beyond!” Feel ‘the Force’ and More

It’s the most wonderful time of the year when children awaken to discover favorite toys beneath the Christmas tree, like pals from Disney-Pixar’s blockbuster animated film, “Toy Story.” During the show, viewers will ride along for a sneak peek at the new Toy Story Land opening next summer at Disney’s Hollywood Studios at Walt Disney World.  The show will offer a glimpse of the family-friendly Slinky Dog Dash roller coaster and the Alien Swirling Saucers attraction, both of which will join fan-favorite Toy Story Midway Mania! in the new land.

The stars of a galaxy far, far away will shine brightly Christmas morning as viewers also get a preview of the Star Wars-themed land, Star Wars: Galaxy’s Edge, opening at both Disney’s Hollywood Studios at Walt Disney World in Florida and at Disneyland Park in California in 2019.  Adventure on a galactic scale will be on tap when park guests take control of the Millennium Falcon on a customized secret mission and join a battle between the First Order and the Resistance.

Disney’s star couple, Mickey Mouse and Minnie Mouse, will get in on the holiday action when viewers learn about the new Mickey and Minnie’s Runaway Railway, also planned to open at Disney’s Hollywood Studios. It will be the first ever Mickey-themed ride-through attraction and will feature a new original story and lovable theme song. 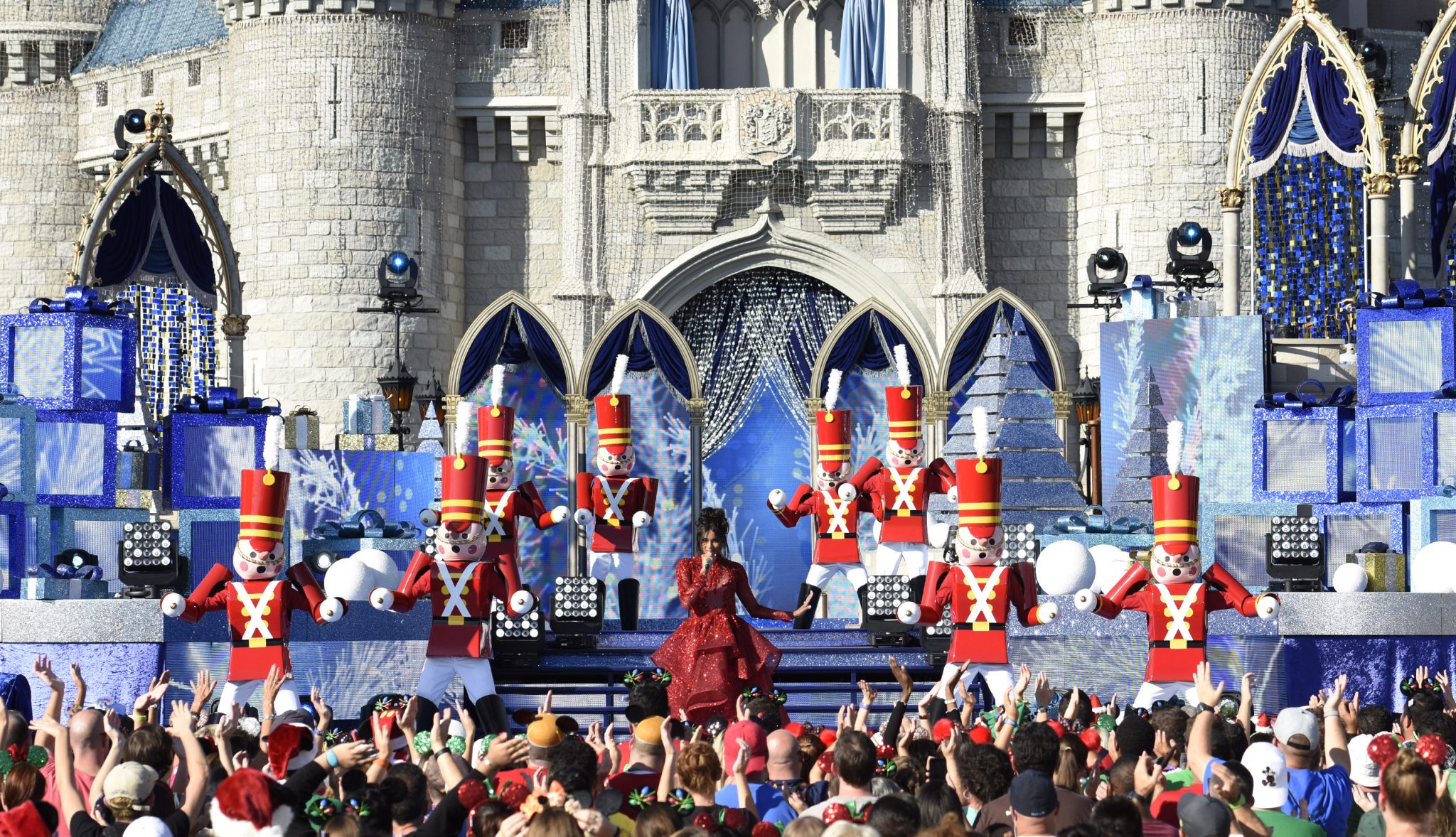 Musical performances will be sure to inspire harmonious family gatherings and singalongs:

Rounding out the Christmas festivities, the cast of the new digital variety program, “Club Mickey Mouse,” will shine a spotlight on Main Street, U.S.A. at Disneyland Park.

Viewers will be able to “Glow at Home” during select performances in the holiday special, thanks to the brand new “Made with Magic® 3.0: Connected Ear Hat” and the Shop Disney Parks app. Leveraging Bluetooth® technology, the Shop Disney Parks app enables viewers wearing the new 3.0 edition ear hats at home to sync with the Christmas Day special playing on the viewers’ TVs or other devices. Viewers will feel like they are part of the show.

The app also has a remote-control feature to adjust the ear colors and speed of the strobe – a brand-new feature for the Made with Magic® Ear Hats. If viewers at home don’t have the special edition ear hats, the Shop Disney Parks app will allow them to enjoy a second screen experience as their mobile phone comes alive, mirroring the spectacle on-screen during select performances. The Made with Magic® 3.0: Connected Ear Hat and the interactive ear hat remote control feature on the Shop Disney Parks app became available in November.

Holiday magic is endless as Disney theme parks transform into winter wonderlands filled with seasonal attractions, joyful entertainment, festive décor and special treats that make every day feel like a holiday. The spirit of the season shines even brighter in these magical places where families share traditions and make memories together. 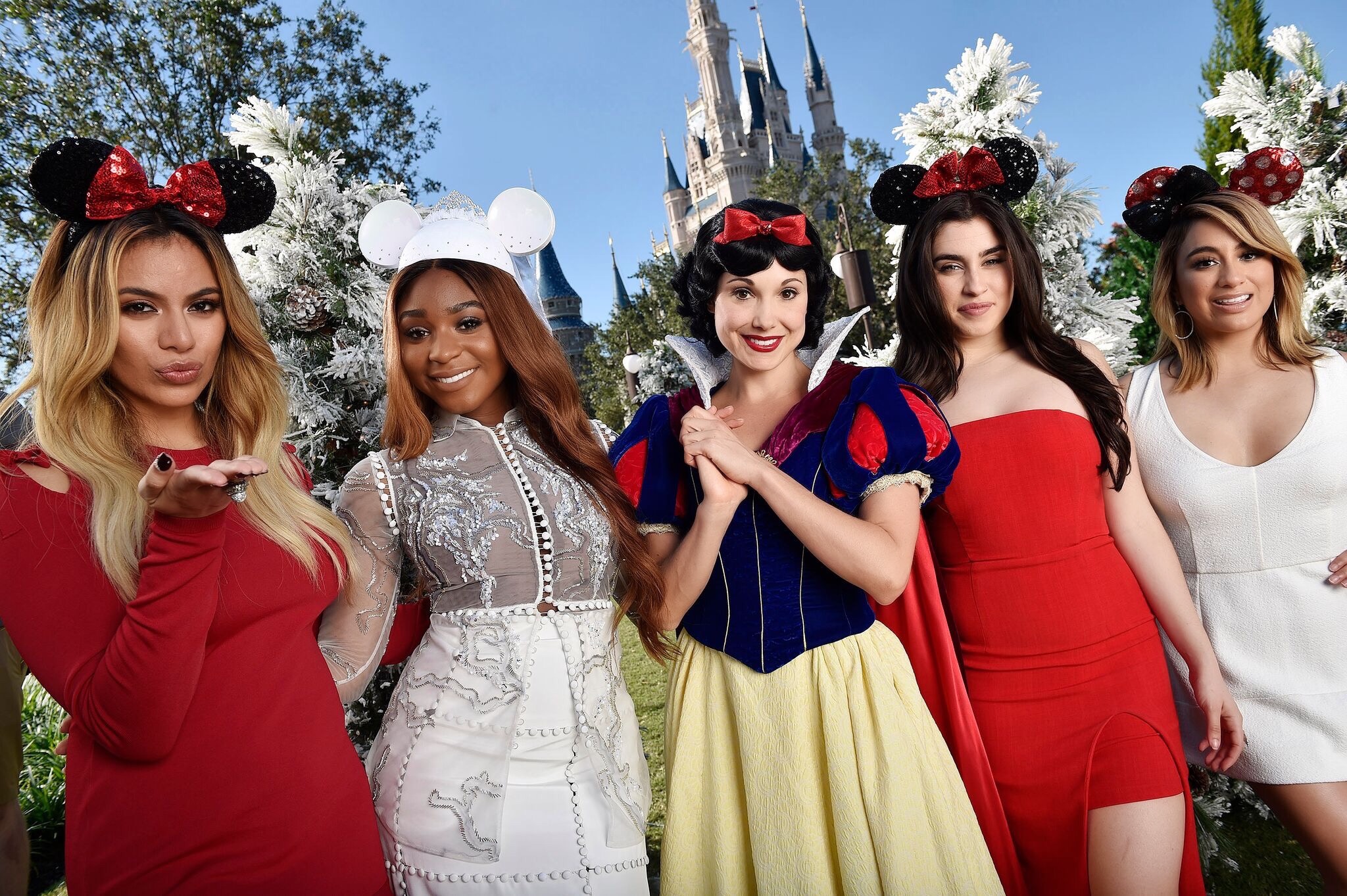 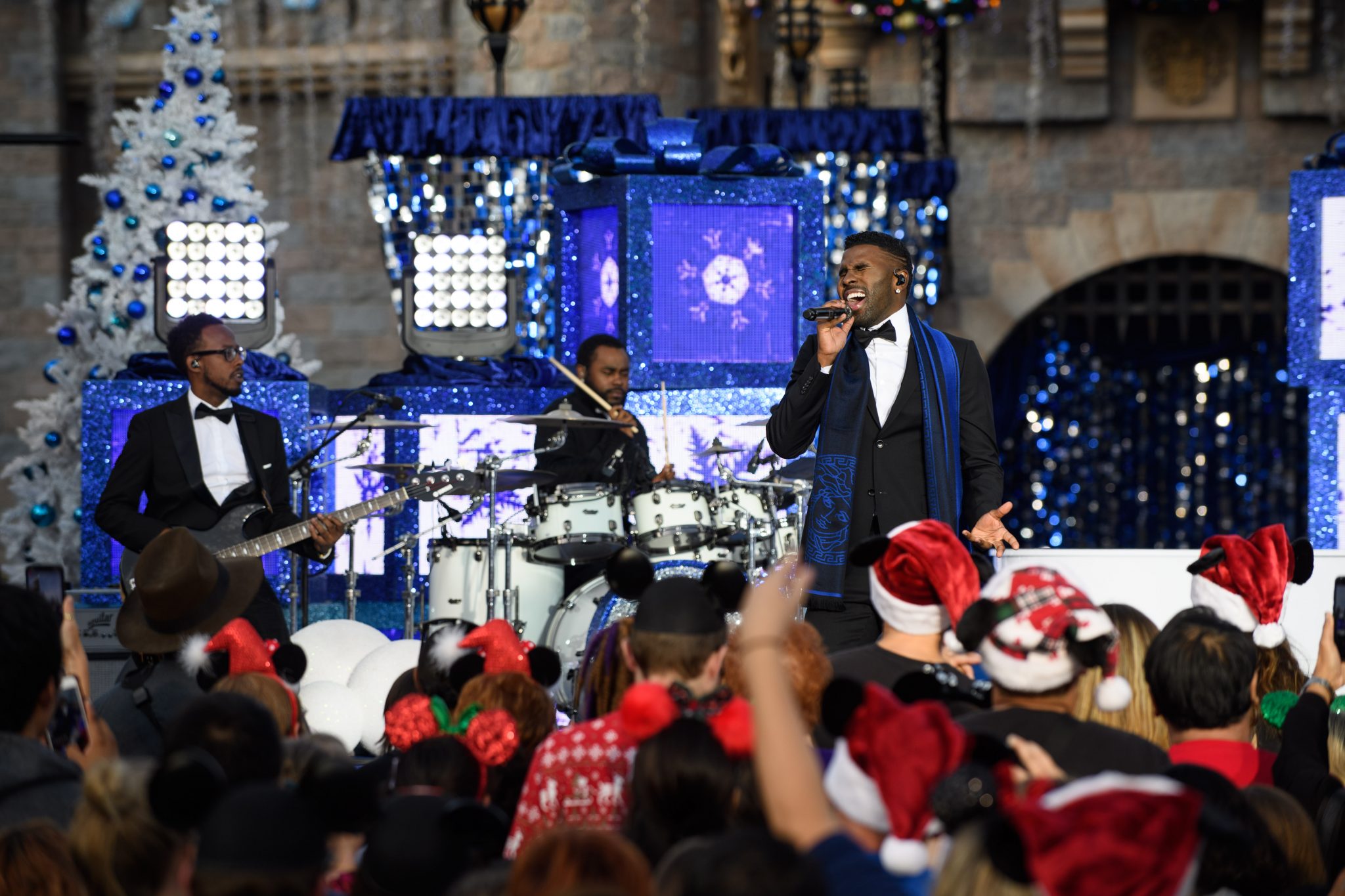 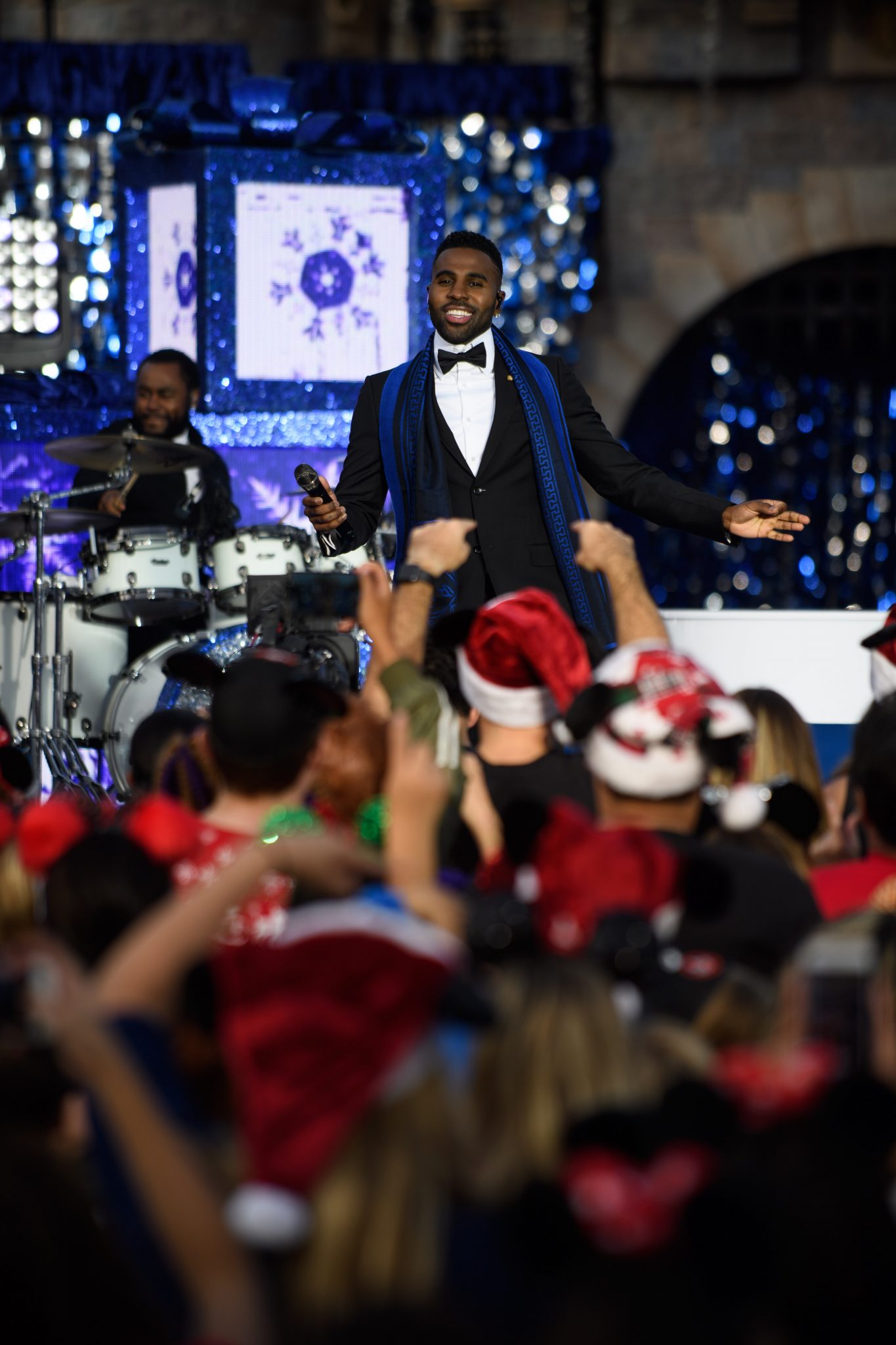 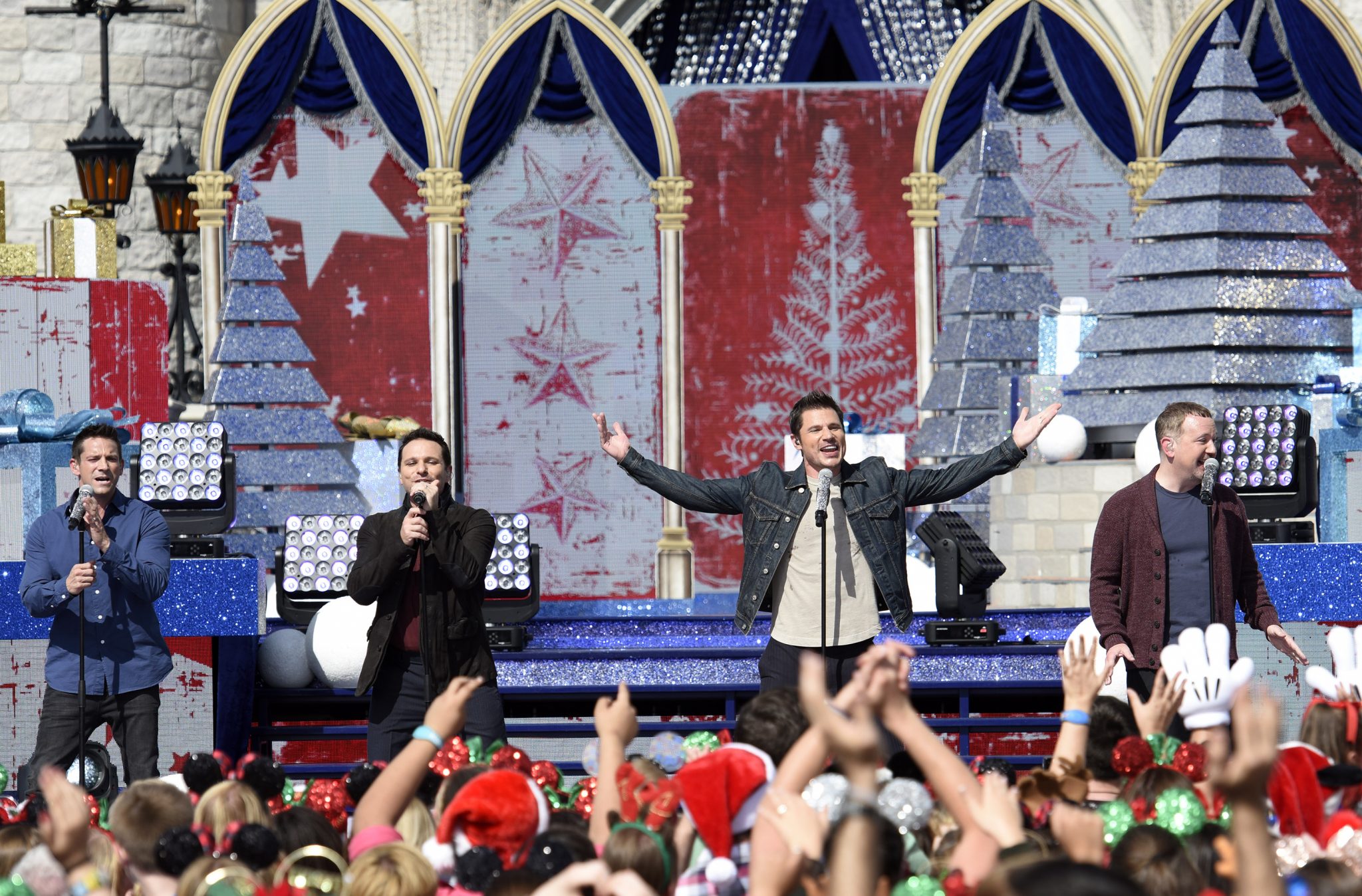 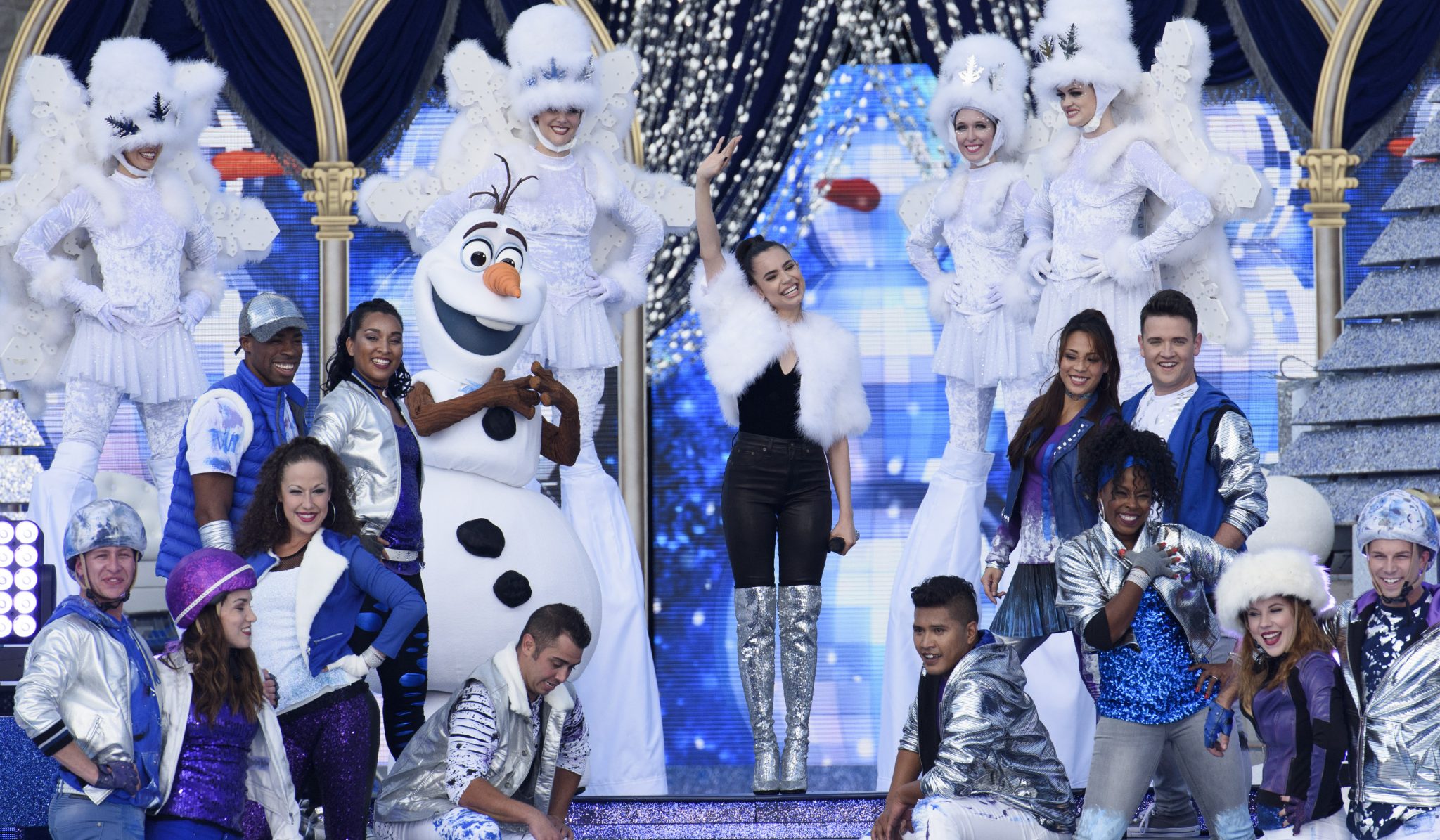 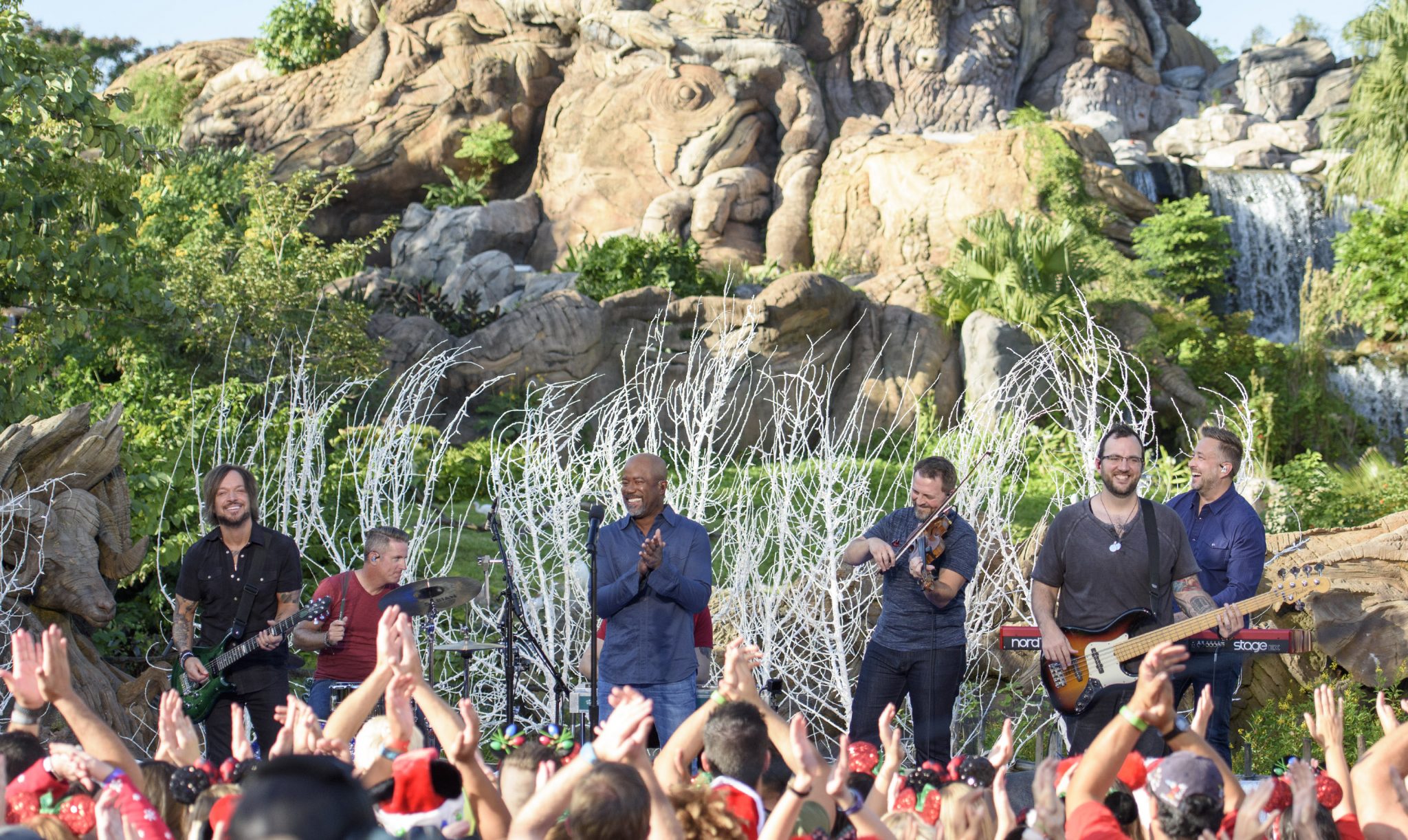 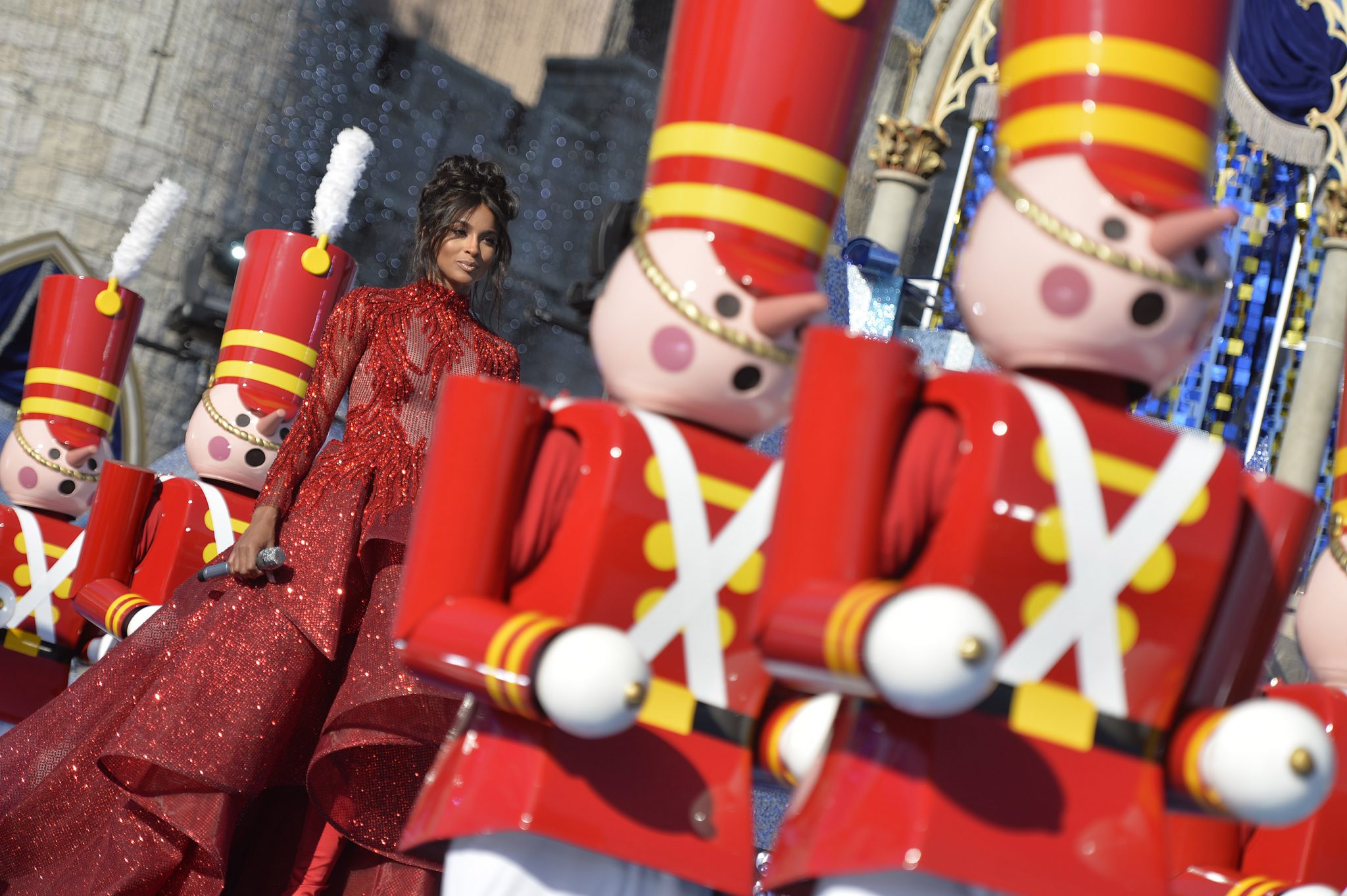