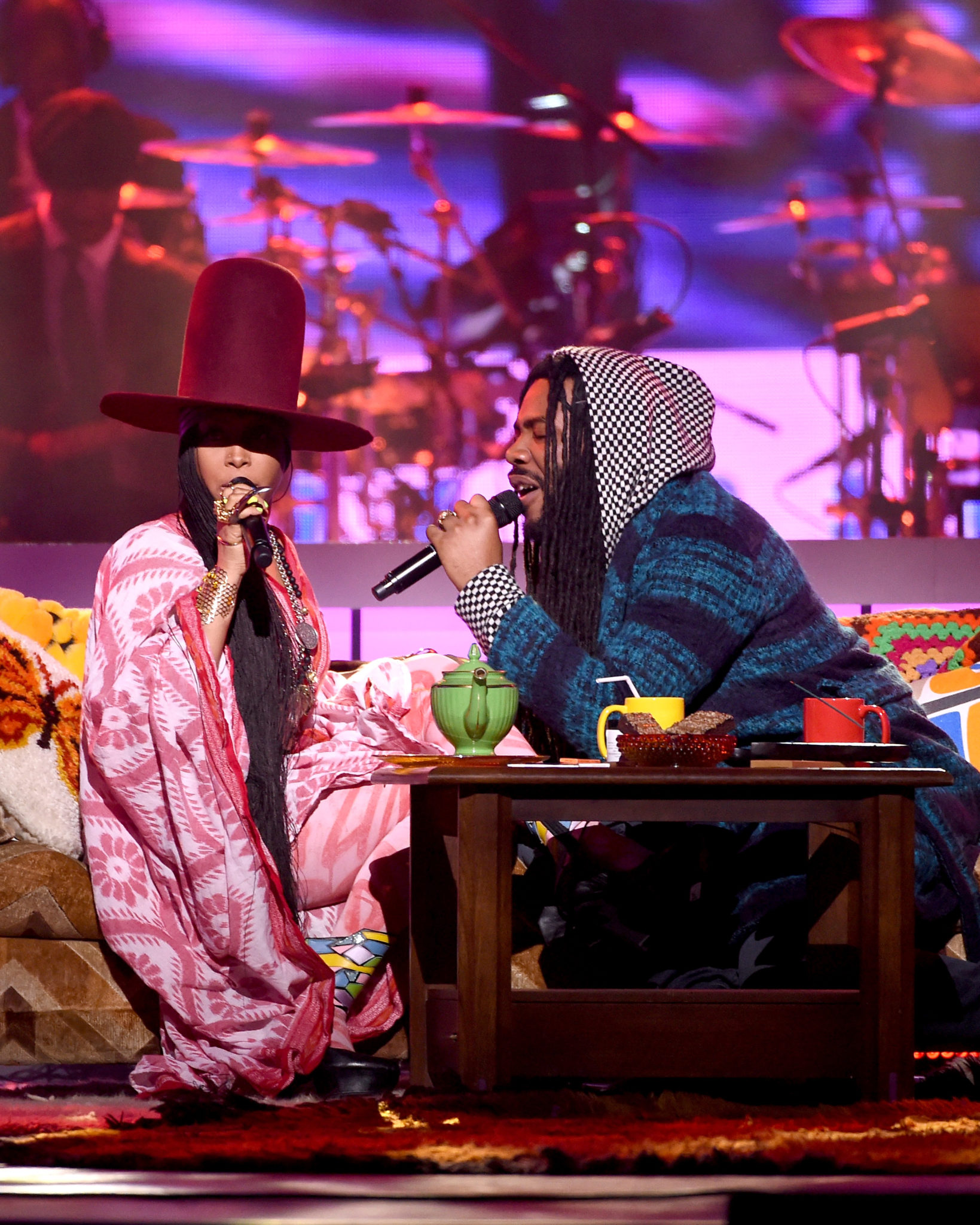 During the taping of the Annual Soul Train Awards, Erykah Badu, ever the ethereal visionary, made her grand entrance during a glow-in-the-dark performance followed by her laugh-out-loud futuristic opening monologue where she touched on everything from Trump to alien life. The Queen of Soul revealed her recent time traveling adventures, saying “The future is black; forget the Jetsons, it’ll be more like the Jeffersons.” In addition to her hosting duties, Erykah also hit the stage to perform. First with singer/rapper D.R.A.M., performing their recently released song, “WiFi.” and later bringing out her “sister of soul”, India Arie, to sing their spirited, message-driven song “Breathe.” Check out a few snaps inside and remember the Soul Train Awards will air on BET & Centric on Sunday, November 27th at 8:00pm E.T. 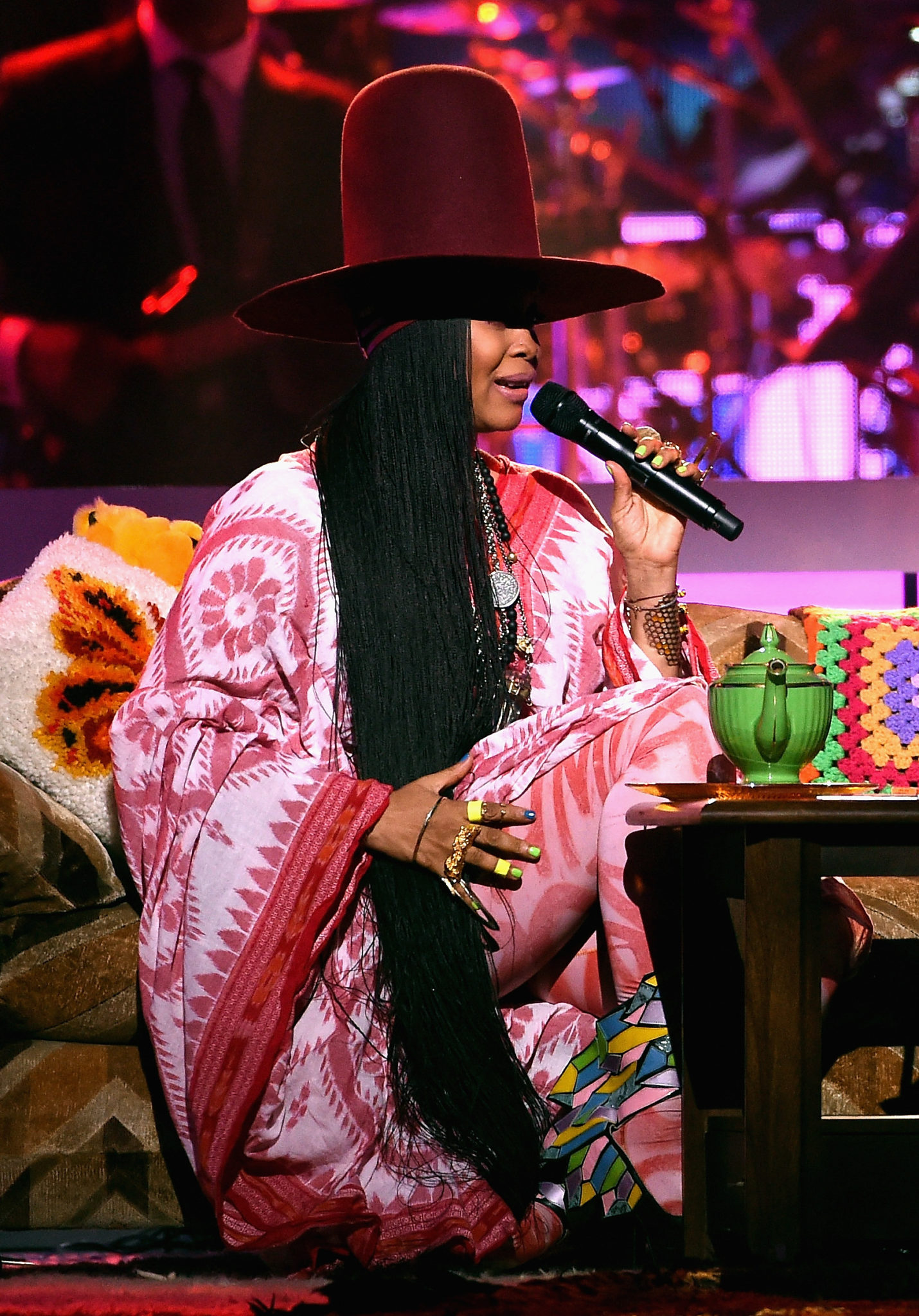 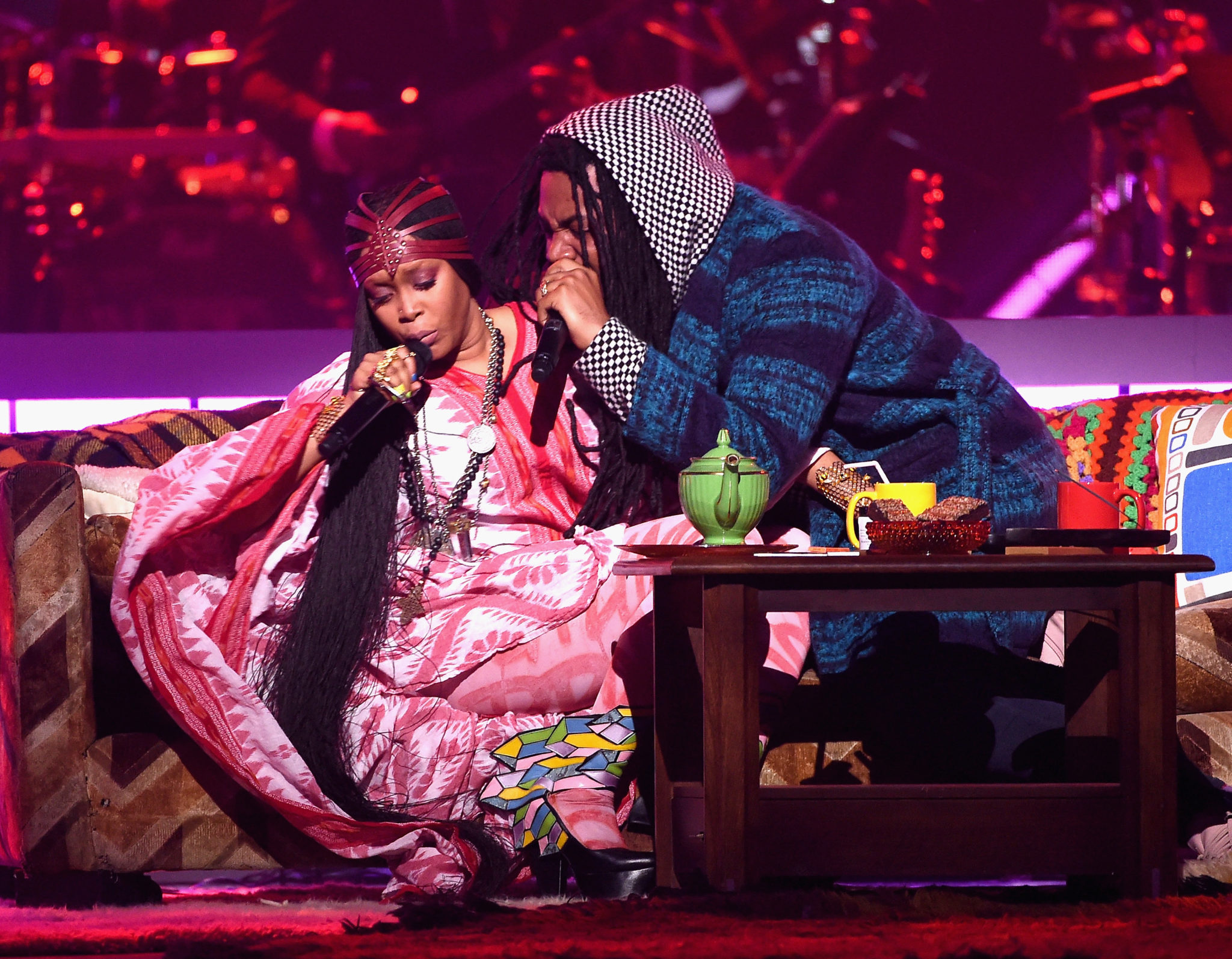 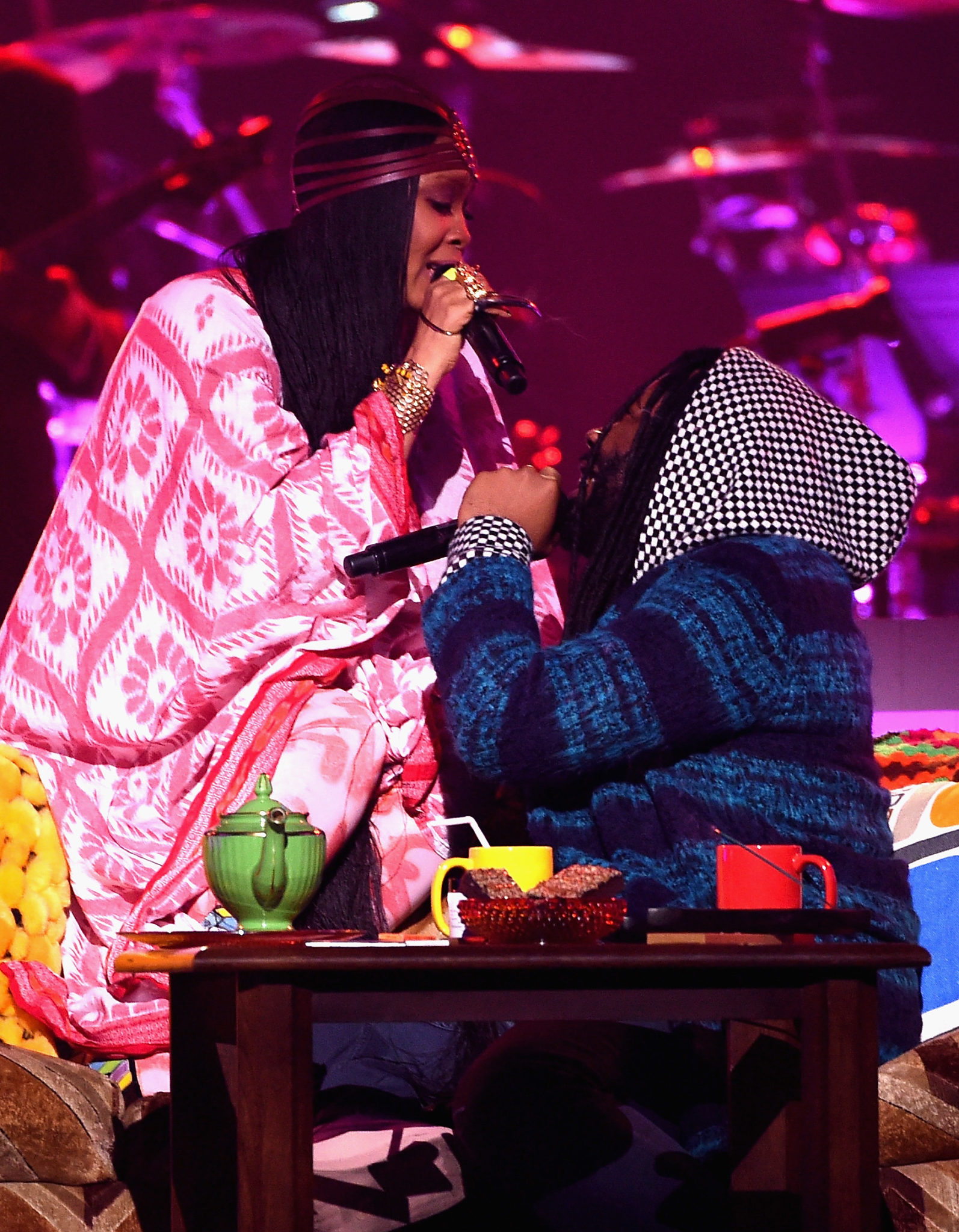