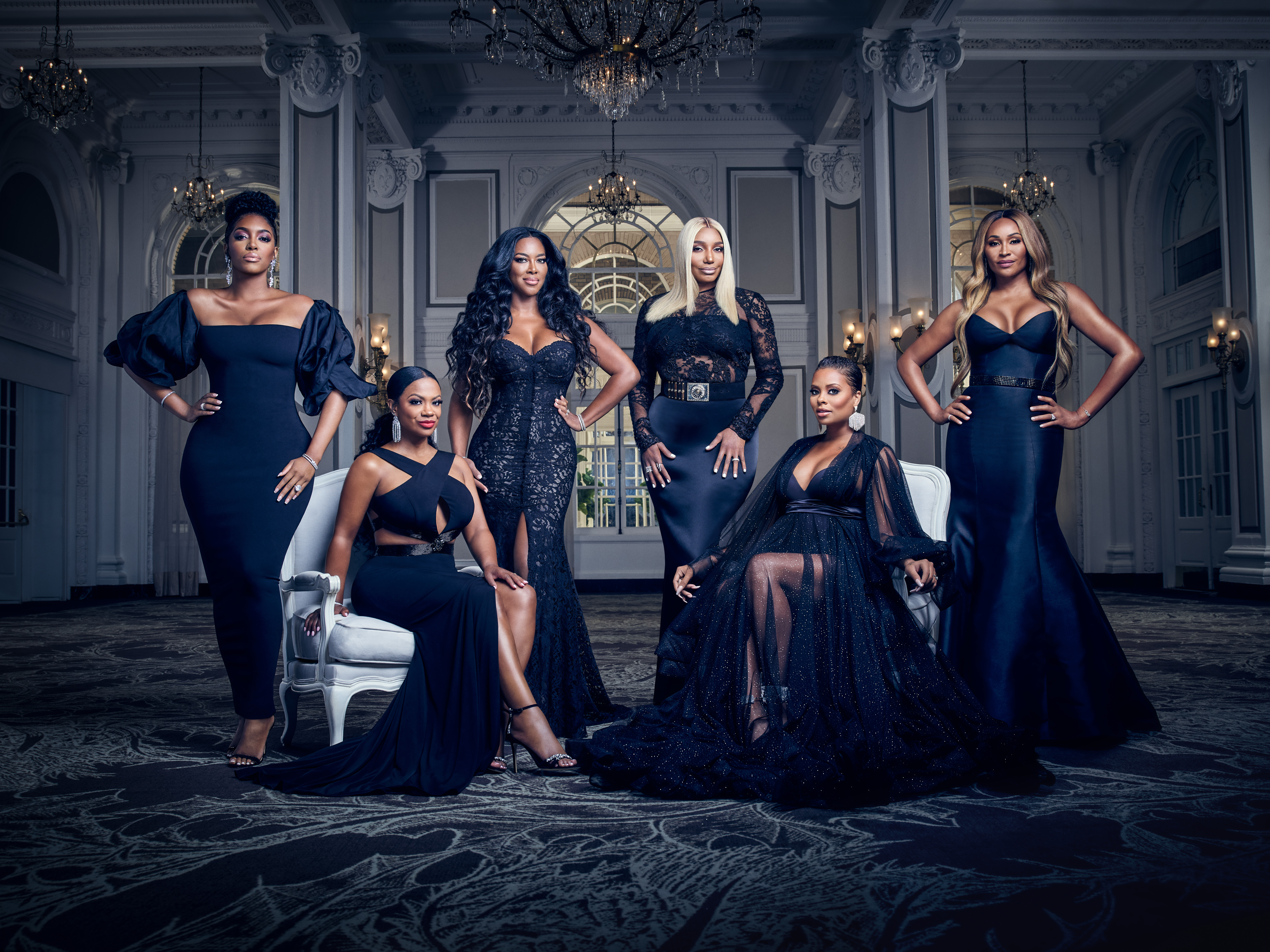 Are you guys ready for the new season of The Real Housewives of Atlanta? Now this is one show that I truly watch and especially because I know all the girls and have worked with them on a few occasions and been there since the beginning! Season 12 has a lot of twists and turns and from checking out the just released super tease trailer, my mouth has been wide open!

I thought I had drama going on, but this show takes the cake! I see that Kenya Moore is back and she talks about her marriage being on the rocks with restaurateur Marc Daly. She also shares moments with her 10-month old daughter Brooklyn Doris, she is simply gorgeous. It is so sad that this lovely couple is calling it quits, it’s all over the tabloids. They were only married for two years.

Cynthia Bailey and NeNe Leakes seem to try to work out their broken relationship but for now they are still at odds and NeNe reveals that Cynthia is not as sweet as people think and has a side that nobody knows about. They also show Cynthia’s wine tasting party and surprise engagement to Sportscaster Mike Hill. Remember, I was in attendance for this, can’t wait to see that, it was such a nice affair (click here).

Porsha Williams is in couples therapy after welcoming an adorable baby girl Pilar Jhena but then quickly finding out her fiancé has not been on the up and up, lawd! Rumors swirled that Dennis has been tipping out on her, say it ain’t so. Eva Marcille is expecting her third child and Kandi Burruss confronts her husband Todd about his failing businesses that he has, plus having a new baby via surrogate. So boy is it going to be a juicy season! The Real Housewives of Atlanta premieres November 3rd (8p.m. ET) on Bravo, can’t wait to tune in. The super tease trailer is inside! Have a great day.