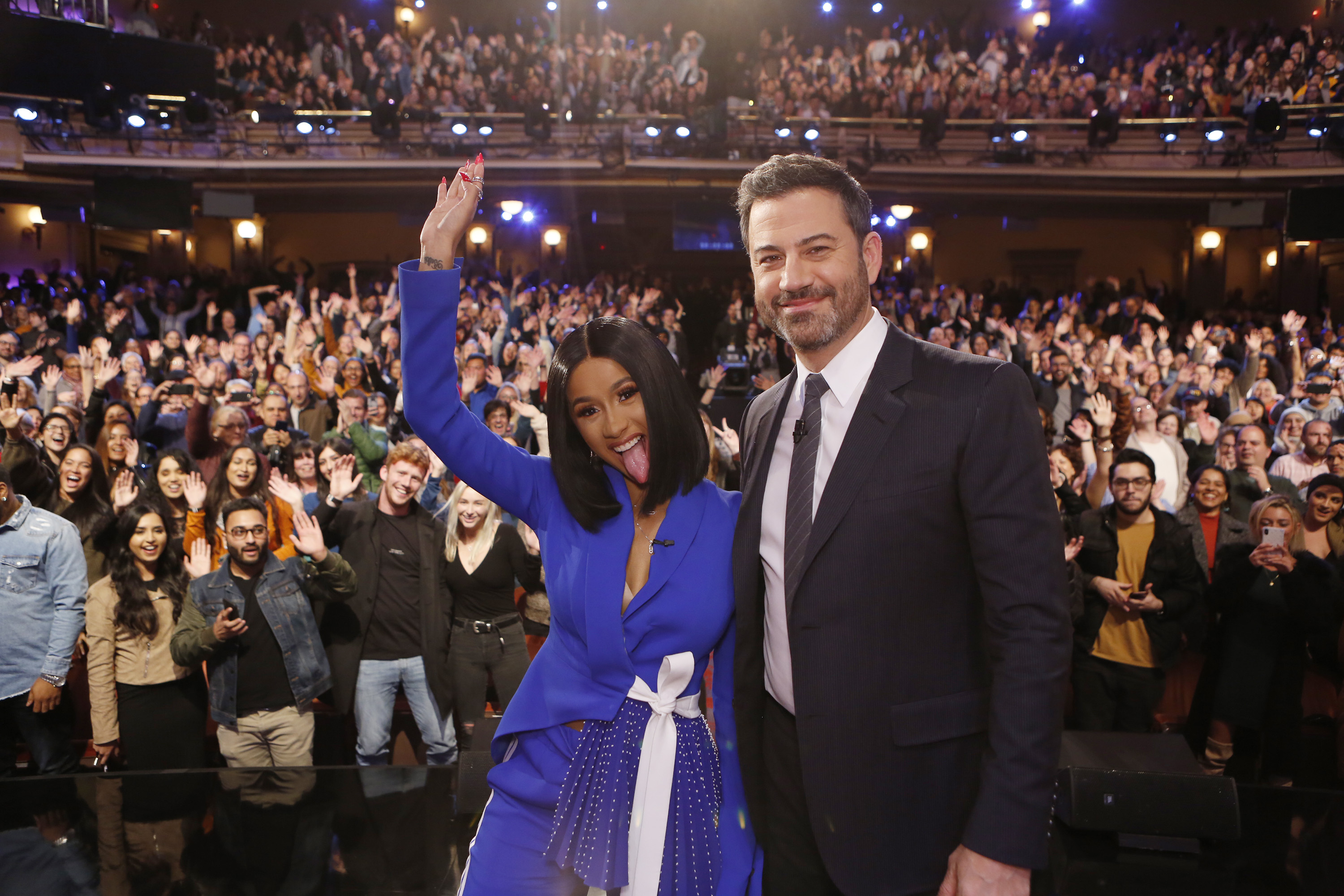 In case you missed it the other night, Rapper Cardi B made an appearance on “Jimmy Kimmel Live!” She show featured a diverse lineup of guests that included celebrities, athletes, musical acts, comedians and human interest subjects, along with comedy bits and a house band. The guests for Wednesday, October 17 included Cardi B., Alexandria Ocasio-Cortez (congressional hopeful), and musical guest J. Balvin Ft. Zion & Lennox.

She went on to talk about her face blowing up from a food allergy, her surprise birthday party, the crazy gifts she got, and being a terrible driver.

Cardi B talked about growing up in the Bronx, meeting Tracy Morgan, her interest in politics, and she reveals what she’d do about the things she hates if she was the Mayor of New York. Then later she talked about the crazy 12 months she has had since she made her TV debut on our show, what it was like in the delivery room when she had her daughter, not being able to go out in public with the baby, and her trouble with finding a nanny, and she reveals that her baby ‘broke’ a certain part of her body. Check out more pictures of Cardi B inside and a funny video clip… 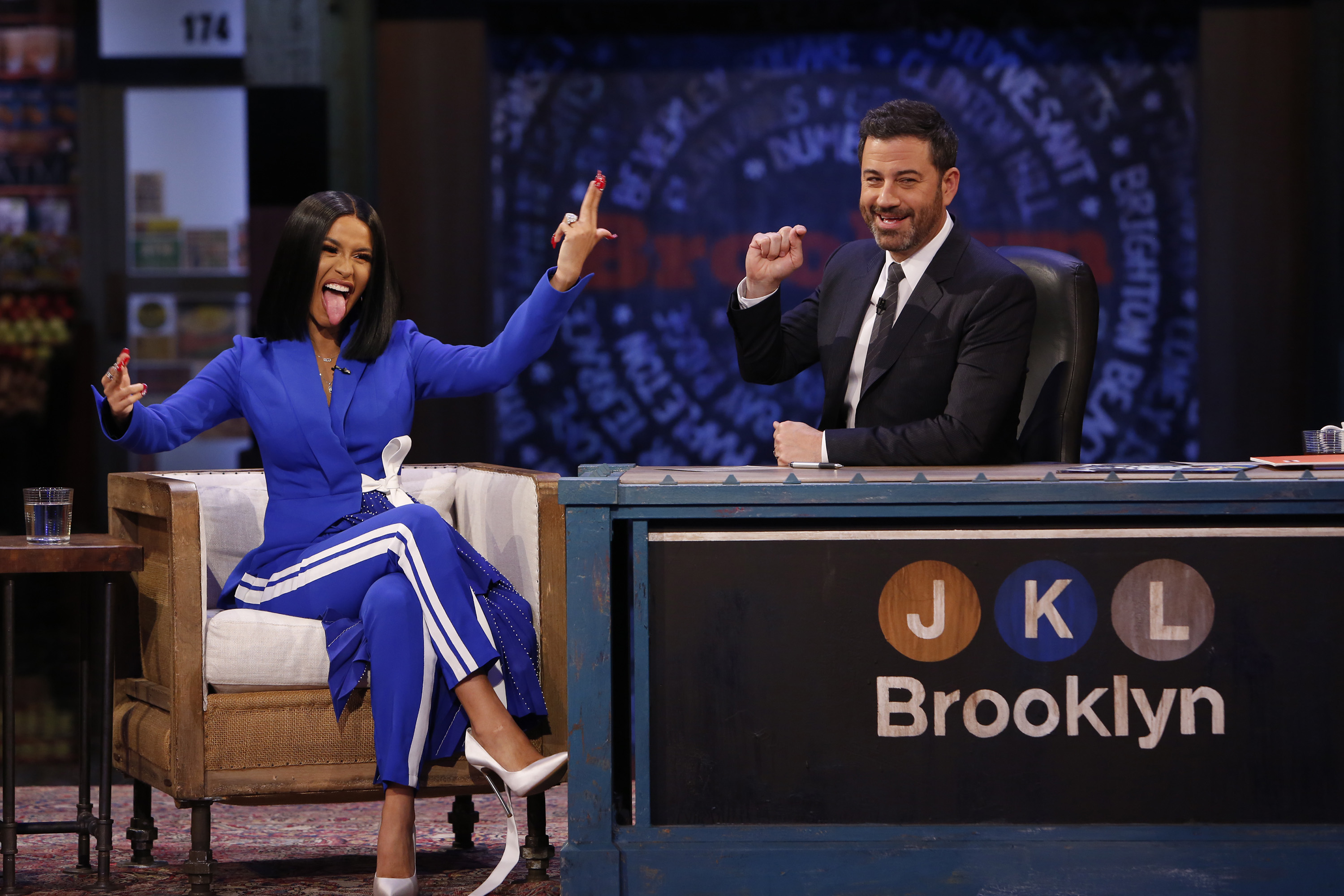 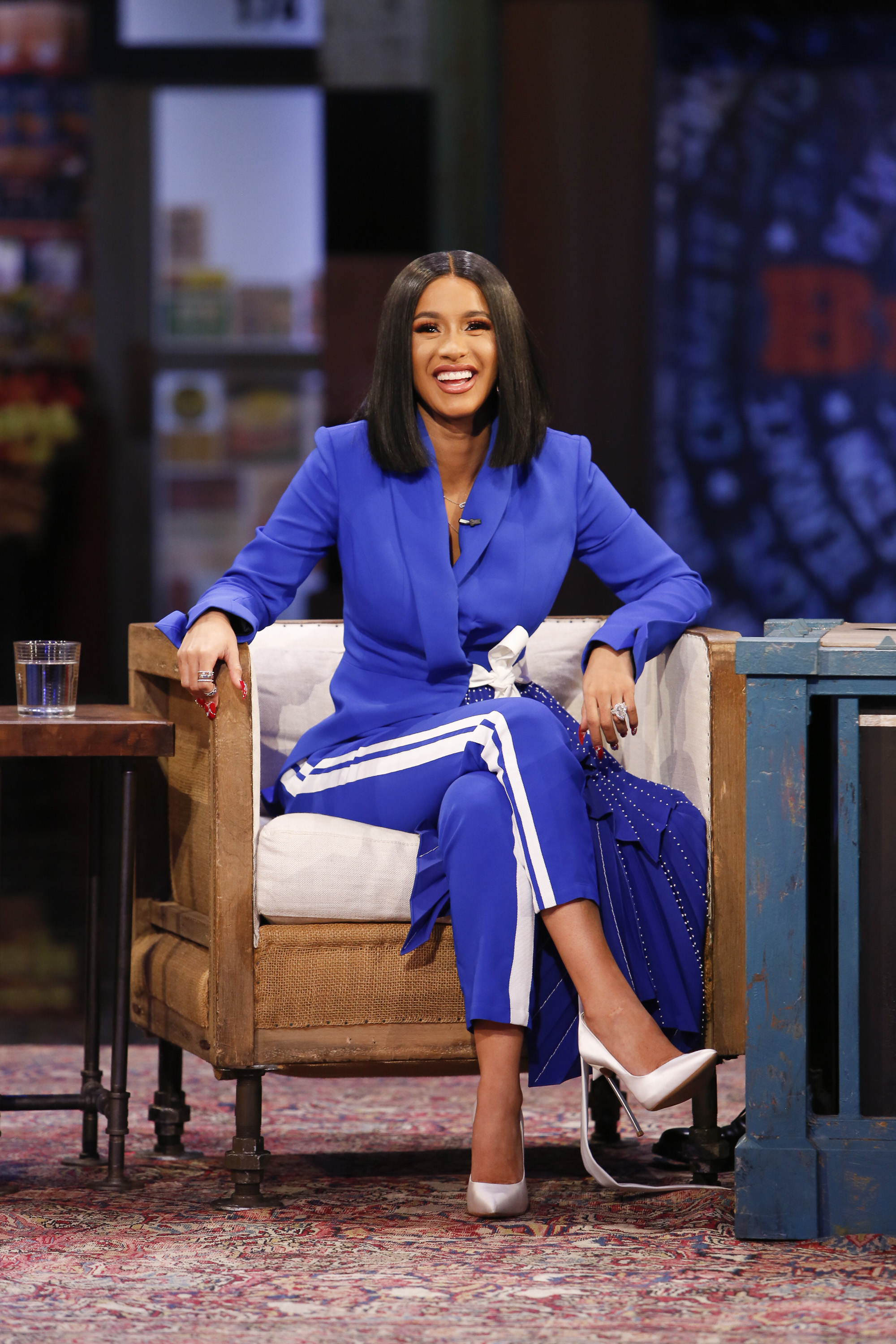 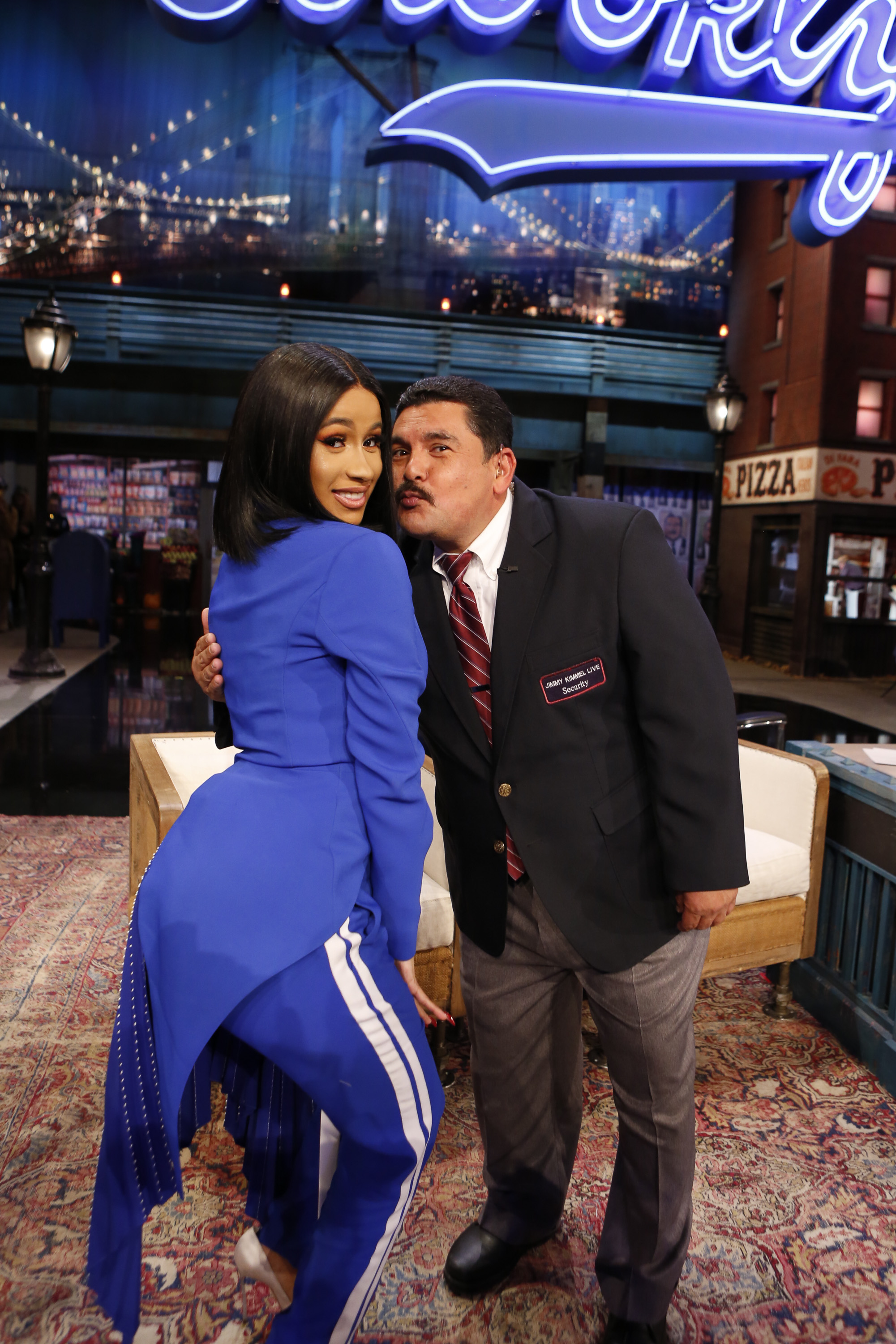