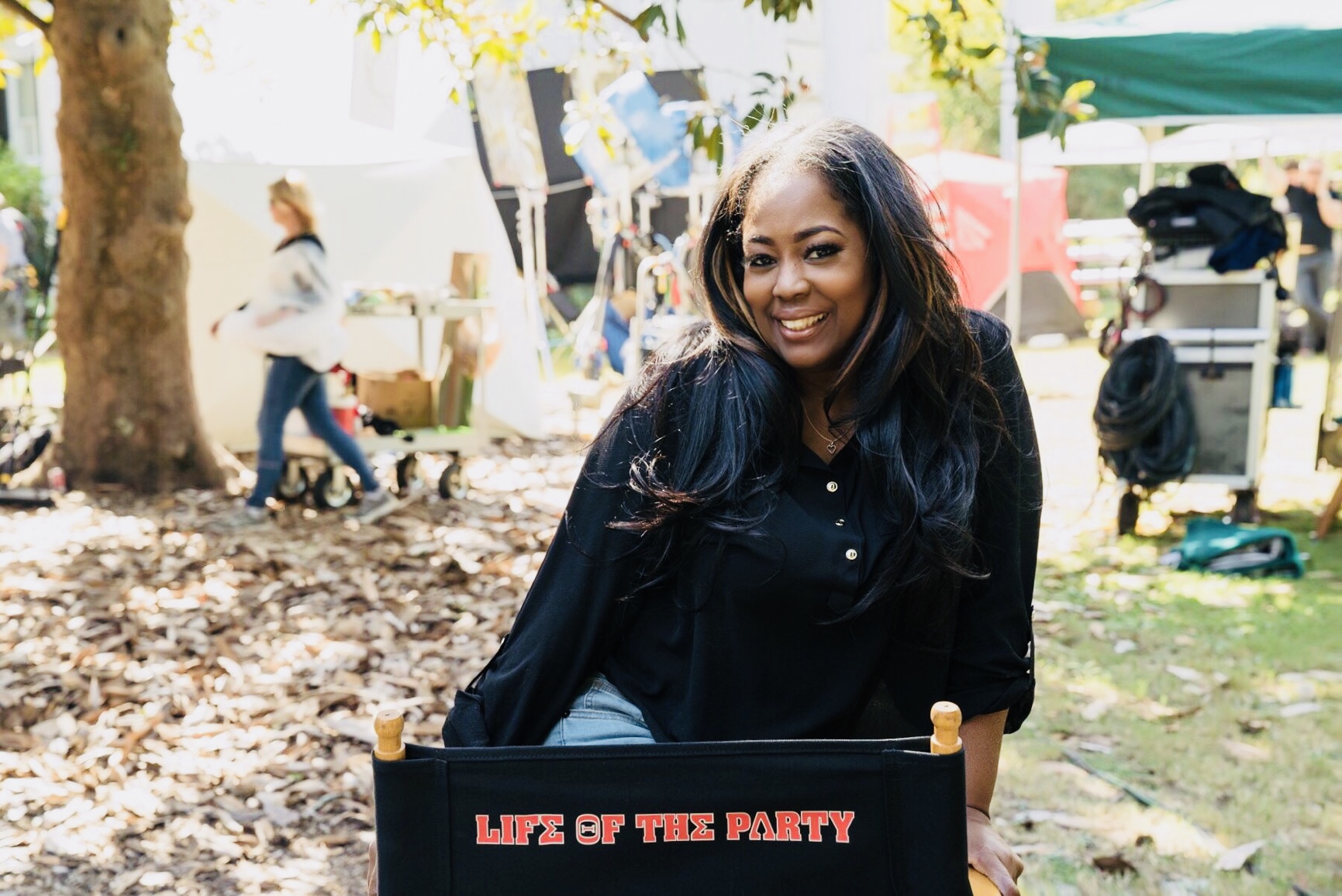 Hey guys! So about two years ago, yes you read that correctly two years ago lol, I was invited on a set visit for an upcoming film that was being made here in Atlanta called, Life Of The Party starring Melissa McCarthy! I like her as an actress and comedian, so I jumped at the opportunity because I always wanted to meet her. Plus she has a really cute fashion line with Lane Bryant. It was a hot summer day and the set was way out in a rural area. It was being shot at a bed and breakfast that was transformed into sorority house which was really cool. Melissa was really fun to talk to and the other cast members and I have inside the new trailer and a few questions we asked them while on set, take a peek inside… 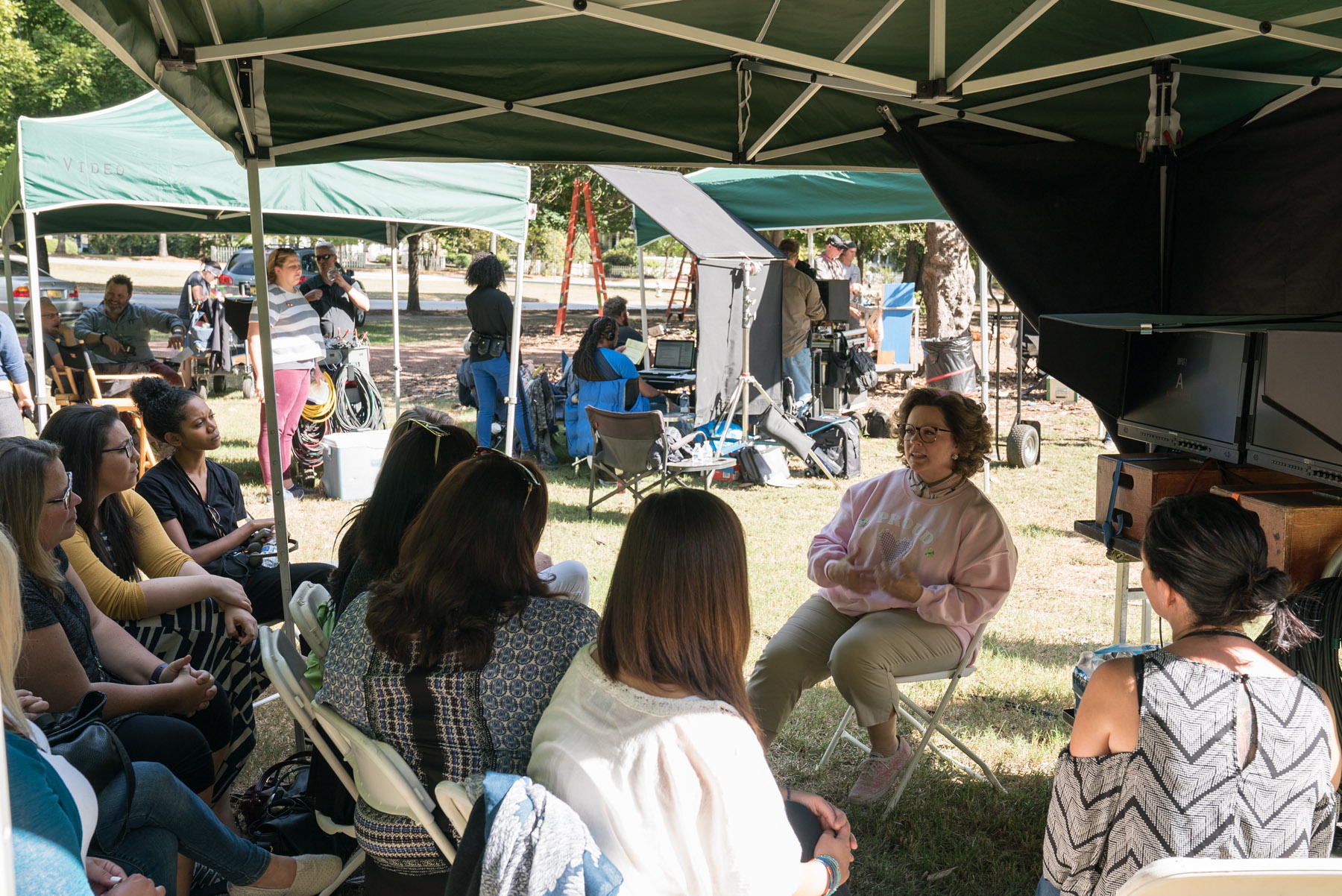 We got to talk and ask the actors/producers from the film a few questions while on set, check it out…

Question: How do you like working on this film?

Oh, my gosh, it’s so much fun. It’s, like, all the women are so nice in the movie. We’ve got all these 20-year-olds. I mean, they’re a force of nature, the sorority sisters. Melissa and I, you know, we’re like, oh, they’re here. You can hear them. They’re laughing and they’re singing and they move in a unit. And they’re, like, the nicest people ever. So, it’s been a blast. And then you get Matt Walsh and, you know, Jacki Weaver and all these great people that are–Stephen Root–amazing. Amazing. We haven’t even gotten Maya Rudolph in yet, which I’m so excited about. So, yes. It’s been a blast.

Me: Any cool places you visited while in the city?

Ben: Well, I’ve been to Atlanta a bunch of times. We love it. This time I’ve gotten sort of busy. I went to

Ponce Market, which was redone, which I liked a lot. Yes. I thought it was great. Took the girls there; they loved it. The Beltline is looking good. It seem like each time there’s something new going on with that. Like,

it seems like it gets busy or just more populated around it, which is great. And I didn’t get there, but I’m promising myself to go to the Botanical Gardens, because I’ve heard it’s just gorgeous right now.

Me: One more place I want you to go. Cami Cakes!  Cami Cakes is in Buckhead. It’s a cupcake place.Take your daughters. You’re going to love me. The coolest, you’re going to be the coolest dad.

Question: What’s your character as a whole?

Yes. I play Melissa’s husband, who is a big jerk. And the minutes after dropping off their daughter for her

senior year, he tells her that he’s getting divorced, that he’s selling the house, that he’s having an affair with the realtor in town, and that’s basically it. And then later in the movie, he is getting–he gets married

so fast after the divorce, it’s crazy. So, he’s getting married to this other woman. And then their wedding is disrupted by a high Melissa and her new sorority friends are trashed.

And there’s some legal meetings where they have to negotiate the estate, which are really ugly. And a couple of run-ins at a restaurant where I’ve had this midlife crisis and I have an earring and I think I’ve found who I am finally after all these years. He think he’s–she kept him from being who he was, which is hilarious.

Me: I love your clothing line at Lane Bryant. This is my daughter wearing your outfit yesterday.

Melissa McCarthy: What? Oh, my God. Oh. God, I love that hair.

Me: Yes. She’s a cosmetologist. She has crazy hair.

Melissa: She looks so cute in that. I love that. Boy, I wish I was bold enough to do that pink.

Me: Speaking of the costumes, did you have any input on what you wanted to wear for the film or–?

Melissa: I do. I have–the look of the character for me is so important. And I always have people, like, kind of drawing and I kind of know going in the jest of what I want. And this is a lot of this is based on my mom. 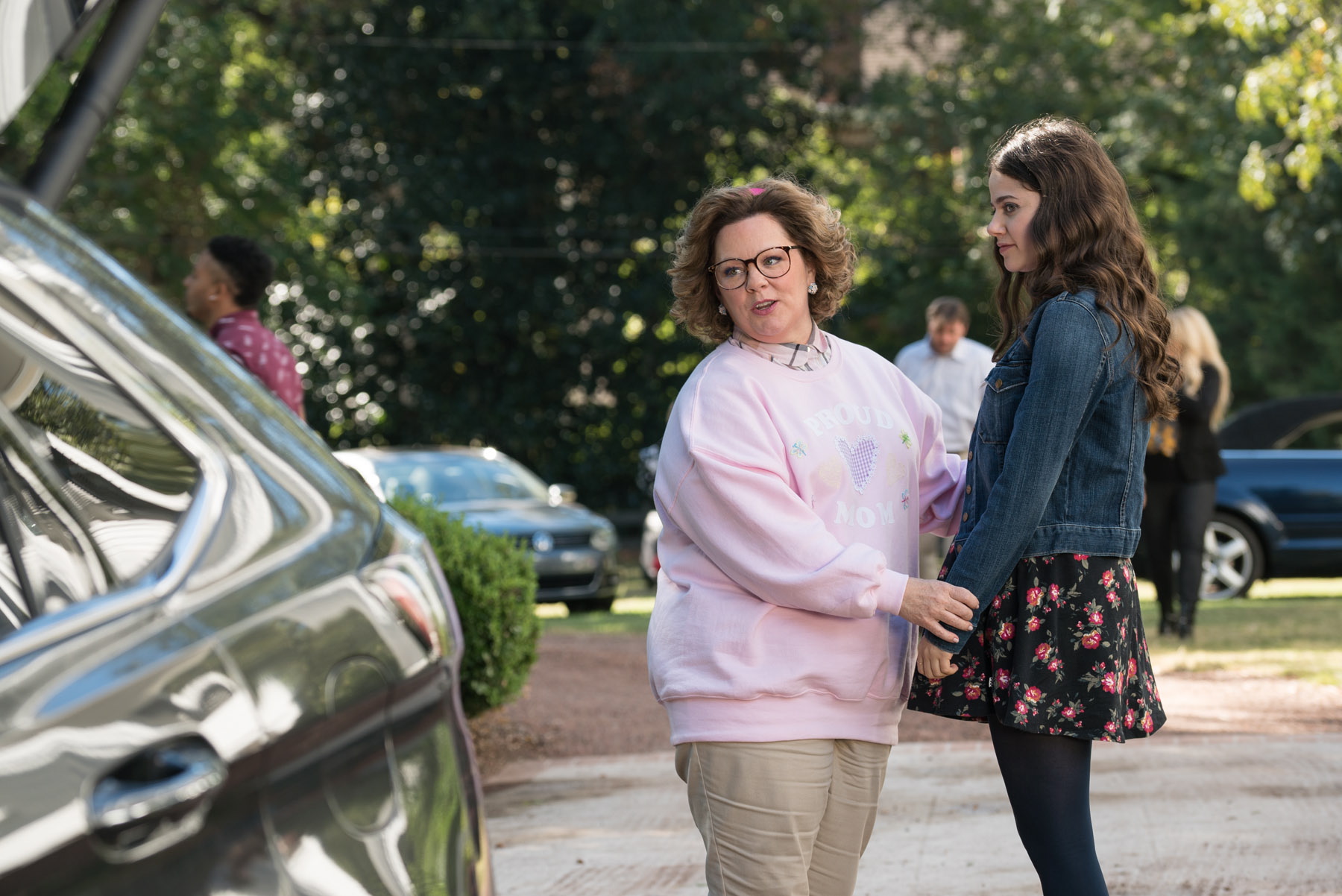 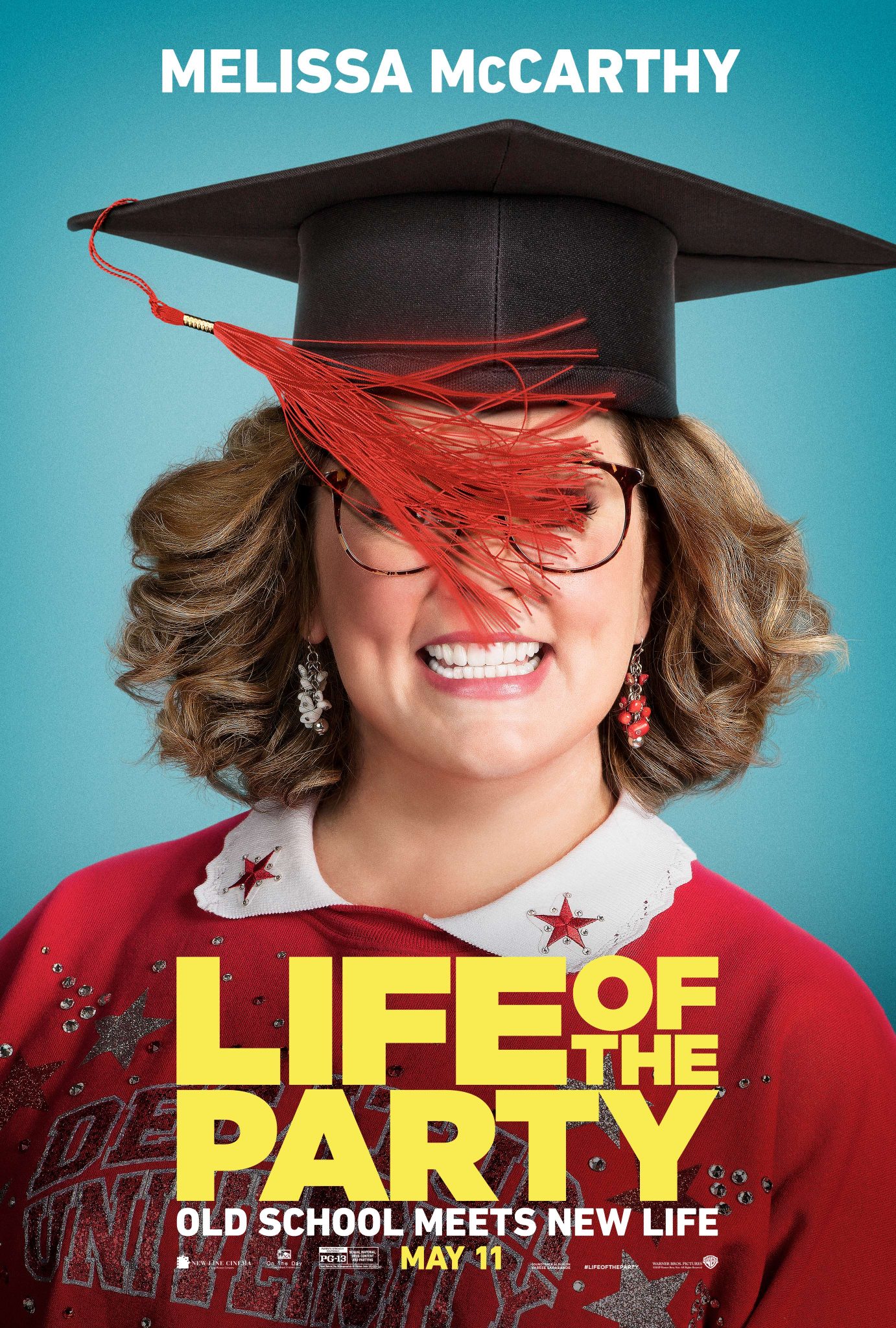 Synopsis: When her husband suddenly dumps her, longtime dedicated housewife Deanna (McCarthy) turns regret into re-set by going back to college…landing in the same class and school as her daughter, who’s not entirely sold on the idea. Plunging headlong into the campus experience, the increasingly outspoken Deanna—now Dee Rock—embraces freedom, fun and frat boys on her own terms, finding her true self in a senior year no one ever expected.

McCarthy and Falcone co-wrote the screenplay and produced through their production company, On the Day. Chris Henchy also produced the film, with Toby Emmerich, Richard Brener, Michael Disco and David Siegel serving as executive producers.