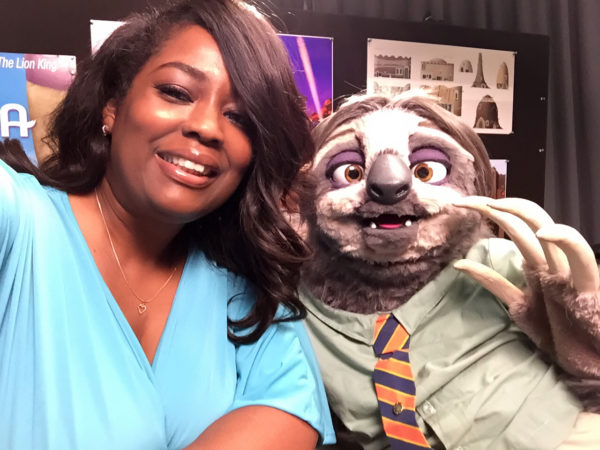 What a fabulous time I had out in Los Angeles with Disney Studios! We got to meet one of the “break out” stars from the very popular animated film Zootopia! Flash was so warm and cuddly and he gave me some great advice on what to do for my birthday lol! It was so much fun but really, I also got a chance to sit down and interview the voice behind the lovable character Flash and his name is Raymond Persi. Inside you can read what he had to say about preparing for the movie, the process and I also have a cute video clip from interviewing Flash!!! 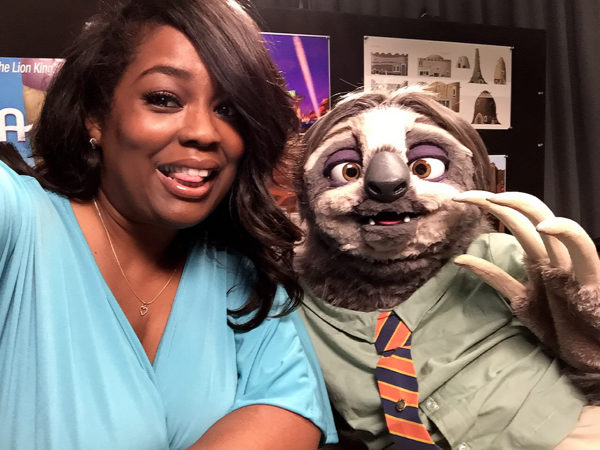 Flash says hello everyone!!! Check out those nails, wow! 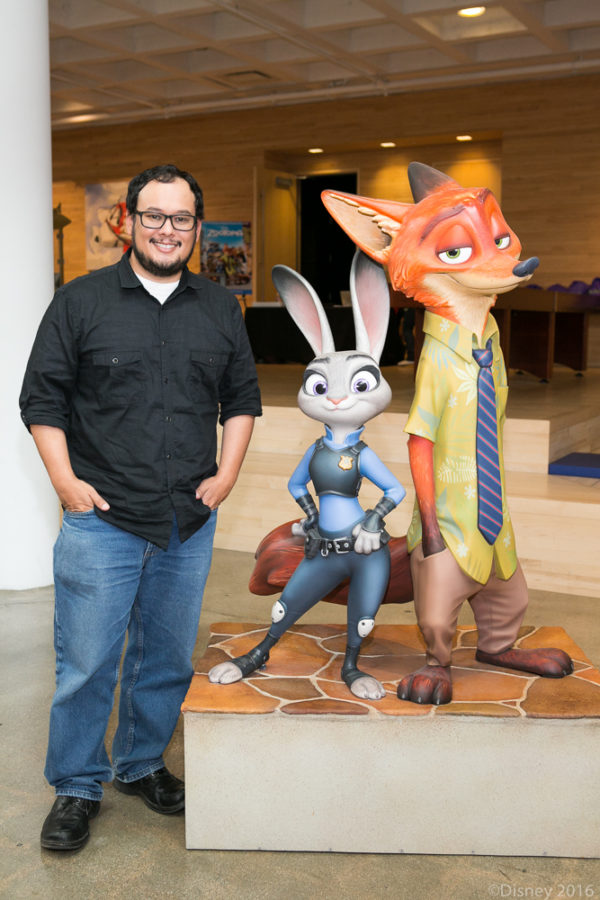 Story process and voice over work?

Just to tell you how it happened for me (on becoming a voice actor), basically, what happens is a lot of times when we are creating our rough versions of the films just to sort of test it, we don’t really know who’s going to be cast yet. We don’t even know if sometimes characters are going to stay in the film, so they’ll bring in a lot of artists and other people from the studio to come into the recording room and do some scratch.

So you might be at your desk working and all of a sudden you are asked to be a gorilla and you got to do it and so now and then they like what the voice sounds like and they’ll stick in there. In my particular case, I got to be that little annoying brat Gene from Wreck It Ralph and then the Zombie. Then in Get a Horse I was another little annoying character – the horn, and a horse collar, I’m doing a couple little laughs here and there and what was fun was they got Walt Disney to do the voice.

They used old audio of Walt Disney as Mickey Mouse for that short and I got to share a laugh with Walt Disney. That was kind of neat. Then for Frozen, one thing that was cool, was although I just had one little line in there, the guy talking – his wife calls after him and she says “faster Persi”, so they used my last name which was a fun little treat for me. For Feast I didn’t do any voice work in it, but my dogs did. I have four little Boston Terriers, so we brought them in, gave them food and we made them grunt so that we could use their little voices for the dog in Feast.

What was cool about this character (Flash) was when you’re asked to do a sloth, what’s your first instinct? You think I’m going to talk slowly, but Rich and Head of Story, Jim Reardon had a different idea. They wanted him to speak normally, but with a lot of pauses in between. I sat down and we recorded scratch for half an hour or so and then I guess my voice sounded stupid enough because they kept it in. During the rough version when we’re still working on the story we’ll do a lot work over the course of two years to get the story right. We’ll show it to everybody in the studio and have everybody critique it to really ask the tough questions to make sure that the movie’s going to be good.

Did you do any voice preparation?

Sometimes when you’re doing scratch, you’ve got to scream and stuff like that. So I’ll say like, can we wait and put the screaming part’s at the end because otherwise you’ll lose your voice like when you go to a rock concert and you leave and you don’t have a voice anymore. You always have to make sure you’ve got water because sometimes they can hear your mouth if your mouth gets dry. It’s weird because those mics pick up every little thing.

Any plans on giving Flash his own movie or show?

You have to ask the directors about that one. I don’t know. I think even if you wanted to make a short, it would end up being a feature.

How did your family react to you voicing a character for Zootopia?

Well, for the first time, I think my mother understands what I do for a living. My nephews and my nieces, they like it, so that’s fun, so what’s great, they’re really hyper, but when I go there, they want to walk really slowly so it’s a great game for me because then I don’t get tired.

Dream character you’d like to voice in the future?

I got to do some pretty good ones already, so I’m pretty happy. After my interview with Raymond Persi, I was able to sit down with Flash from Zootopia for what I thought was going to be a long drawn out interview, but we didn’t get far before time ran out! 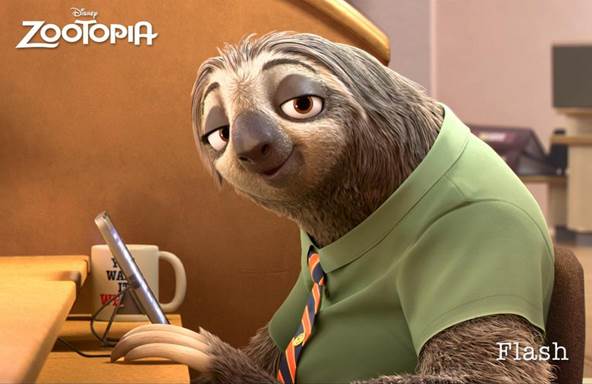 Check out my interview with Flash!

Zootopia is available on Blu-Ray today!!!