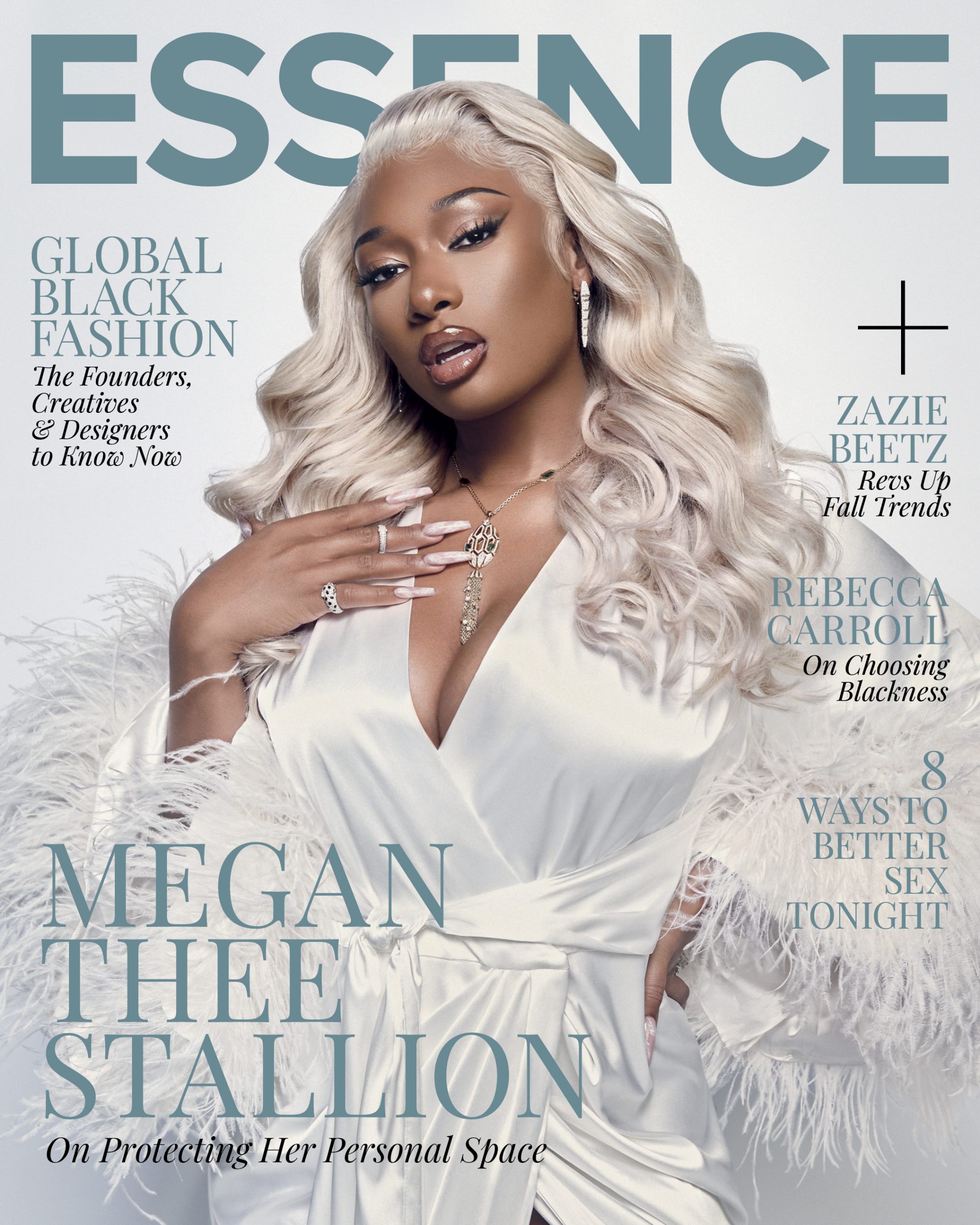 Hey guys, here’s a sneak peek at Essence coveted September/October Global Black Fashion issue cover featuring Grammy Award-winning rapper Megan Thee Stallion. Megan is resplendent as her alter ego “Tina Snow” for the stunning fashion spread—and she doesn’t hold back as she talks about everything from working on her highly-anticipated new album, what’s behind her fierce drive, her musical influences and more. Essence September/October issue hits newsstands August 24. **Stay tuned in the weeks ahead for more on Megan’s amazing looks on ESSENCE.com. Inside check out what she had to say about her musical roots, what to expect from her new album and more…