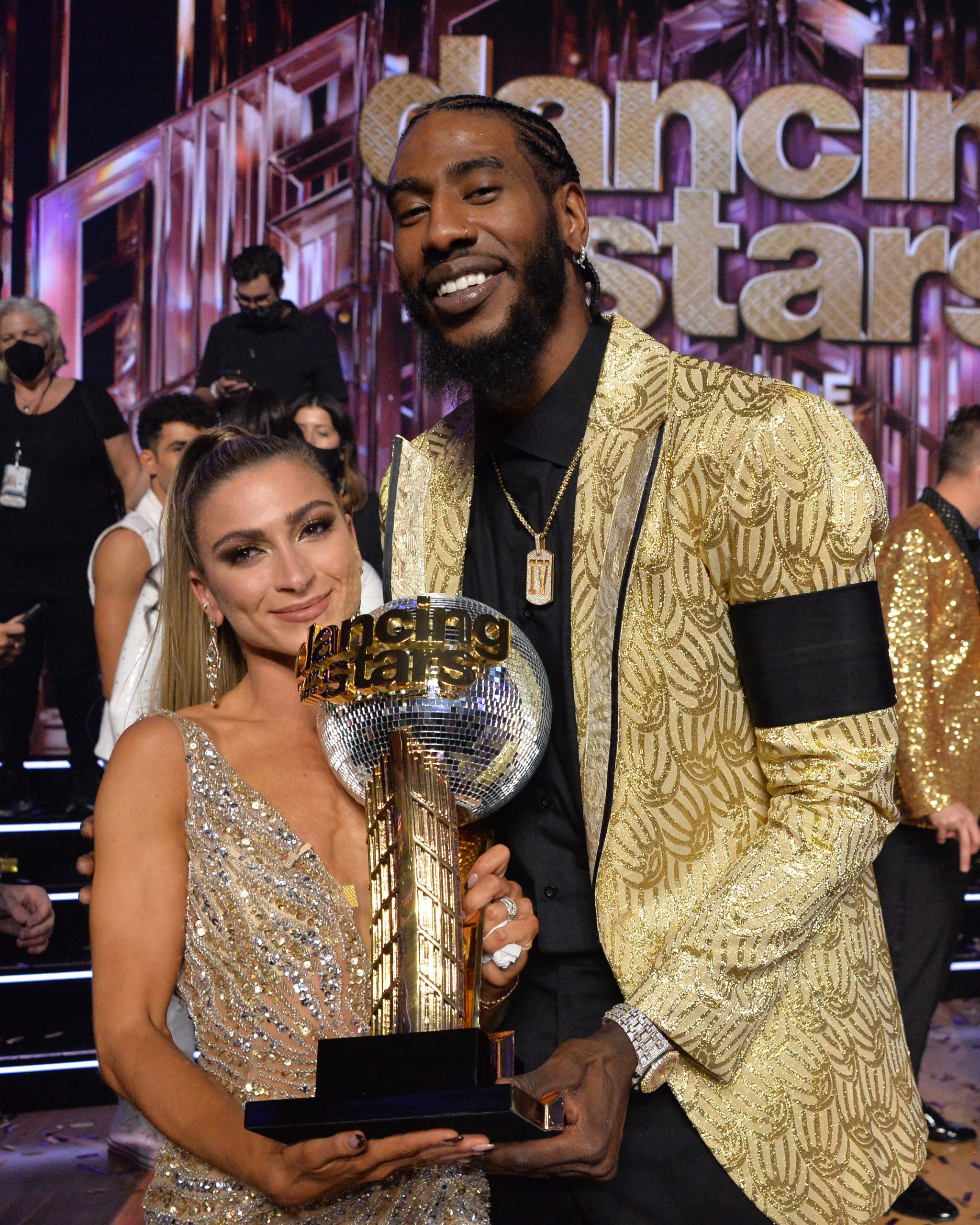 Congrats are in order to NBA Baller Iman Shumpert! On the finale of Dancing With The Stars, he took home the mirrorball trophy!!! I was rooting for him since day one and I think I was a fan of his early on because he played ball for my hometown of Cleveland, Ohio for the Cavaliers! I was so invested in watching his performances weekly.

The season’s remaining four couples danced last night and competed in their final two rounds of dances in the live season finale where one couple won and that went Iman and his dance partner Daniella Karagach.

Despite being ranked 6th place based on average score and cumulative points, Iman and his partner Daniella won the season, yes! Check out a few snaps and a video clip of them dance a Cha Cha / Foxtrot Fusion to “September” by Earth, Wind & Fire inside, again congrats to them! 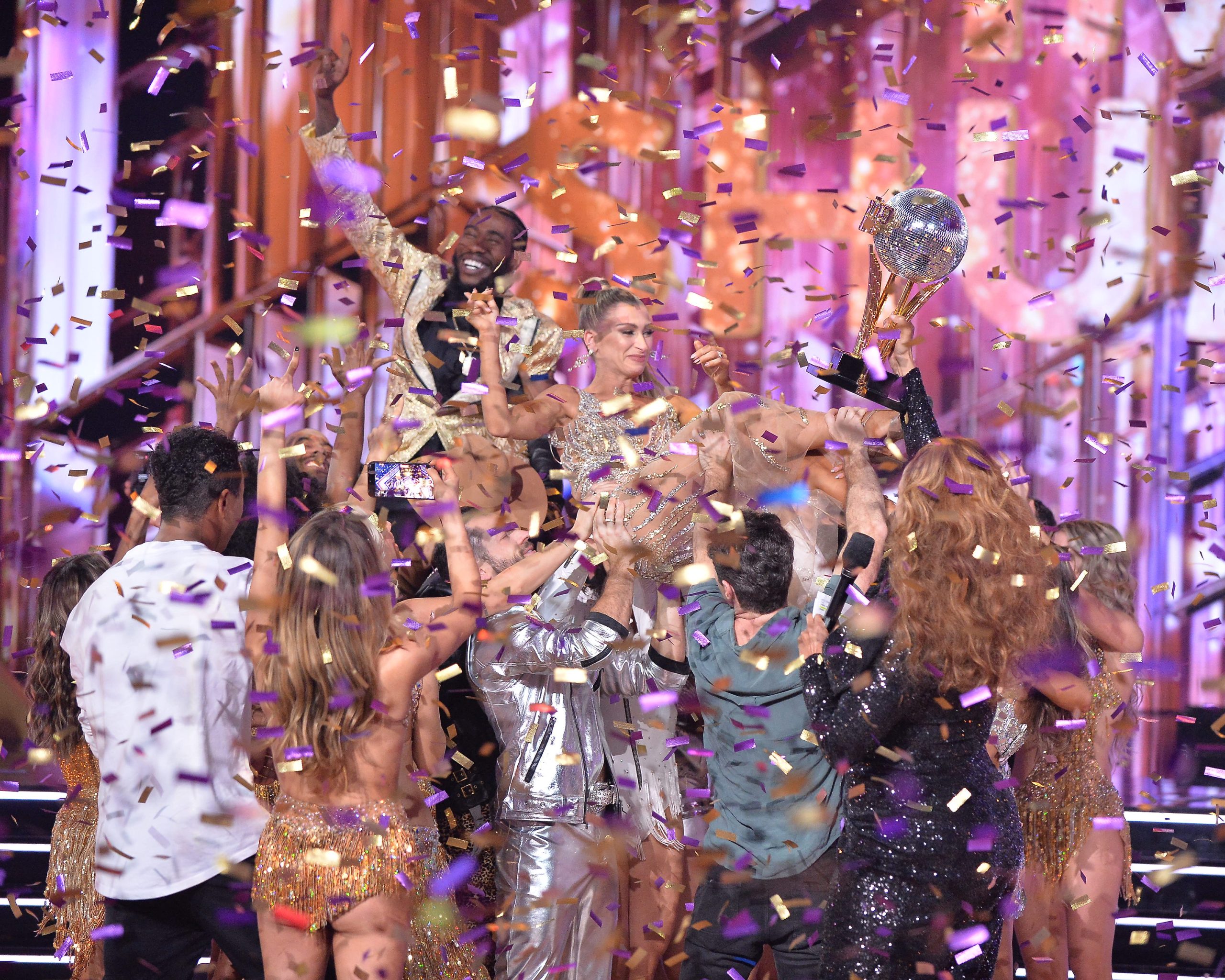 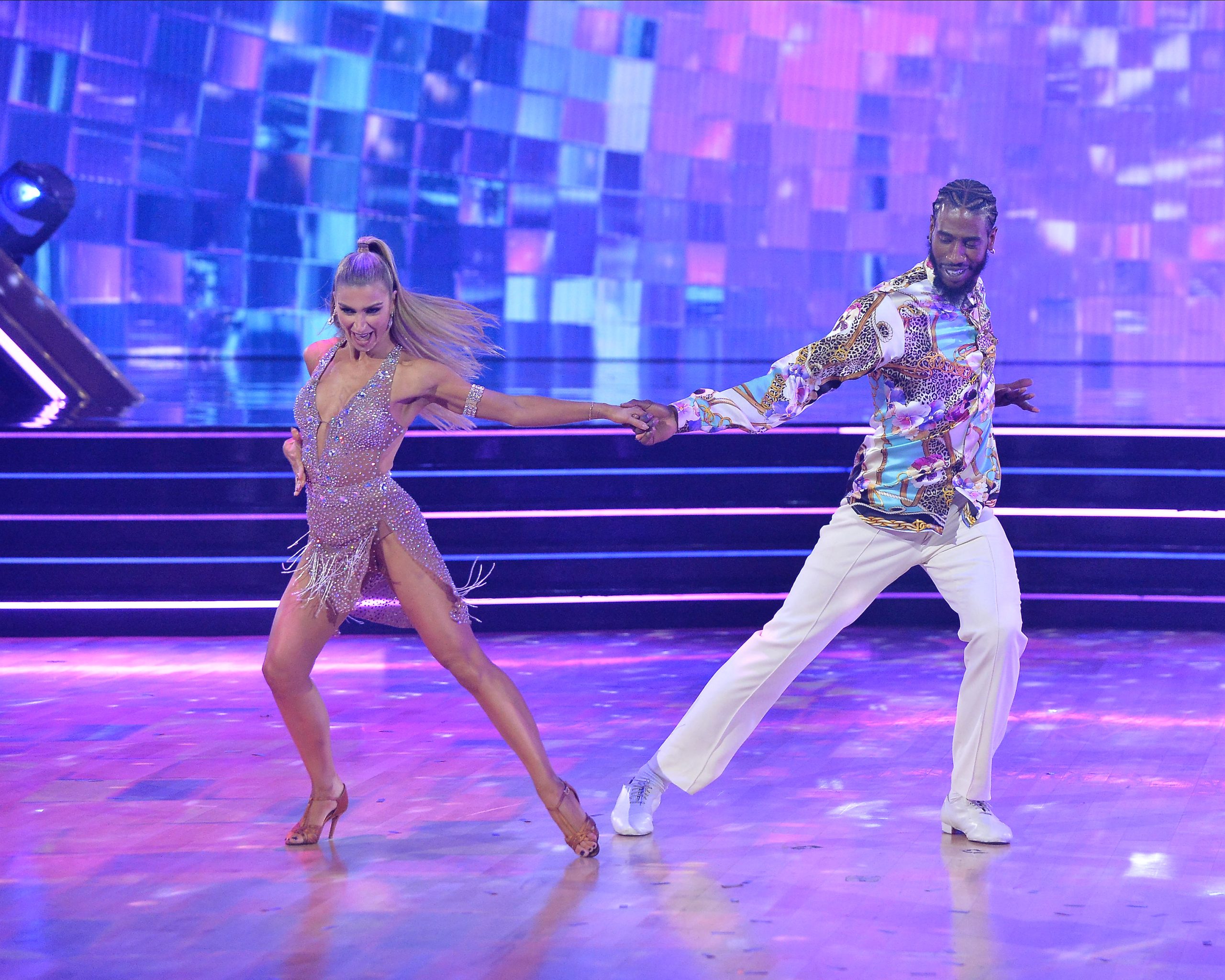 Iman Shumpert and Daniella Karagach dance a Cha Cha / Foxtrot Fusion to “September” by Earth, Wind & Fire on the Dancing with the Stars Finale! 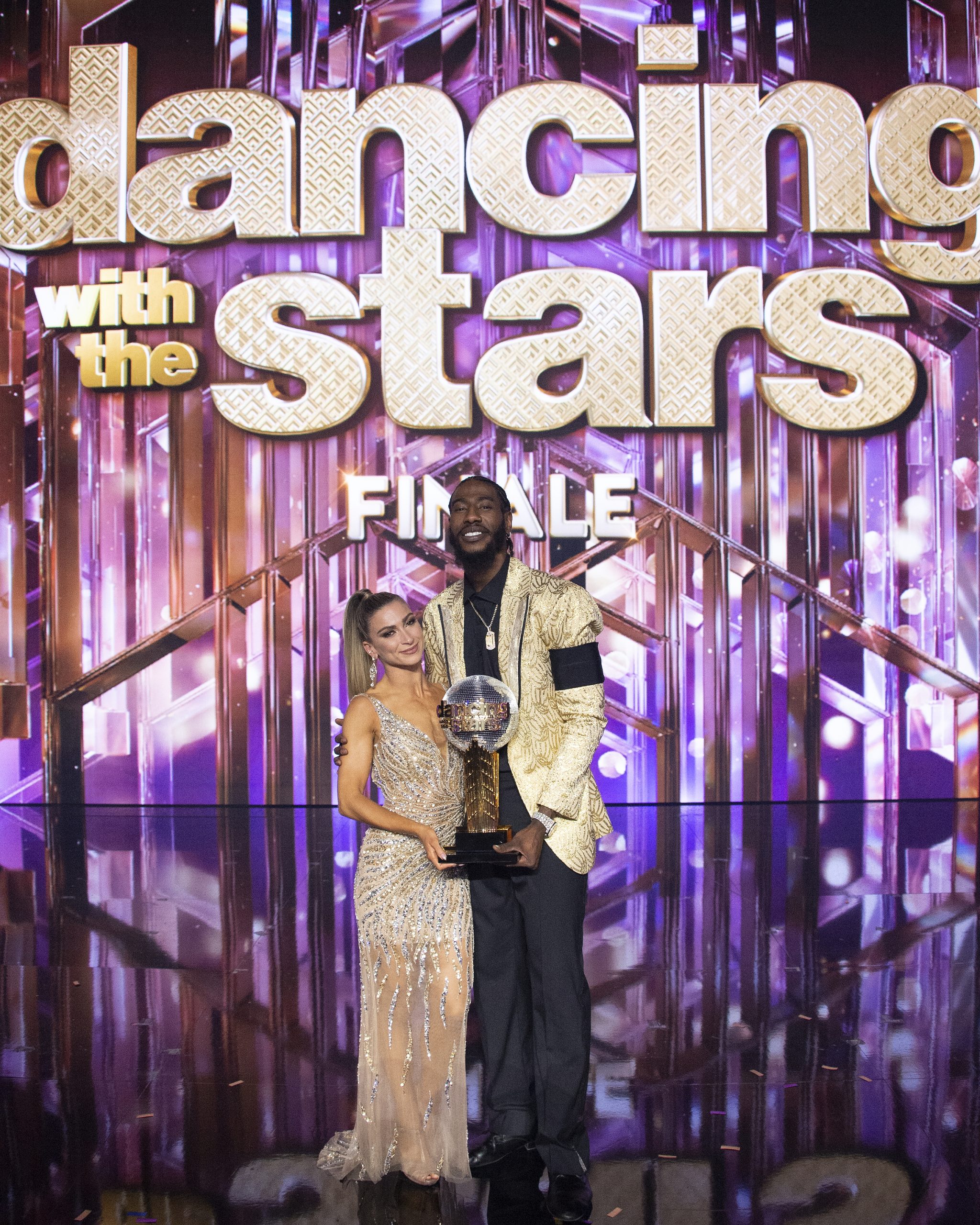