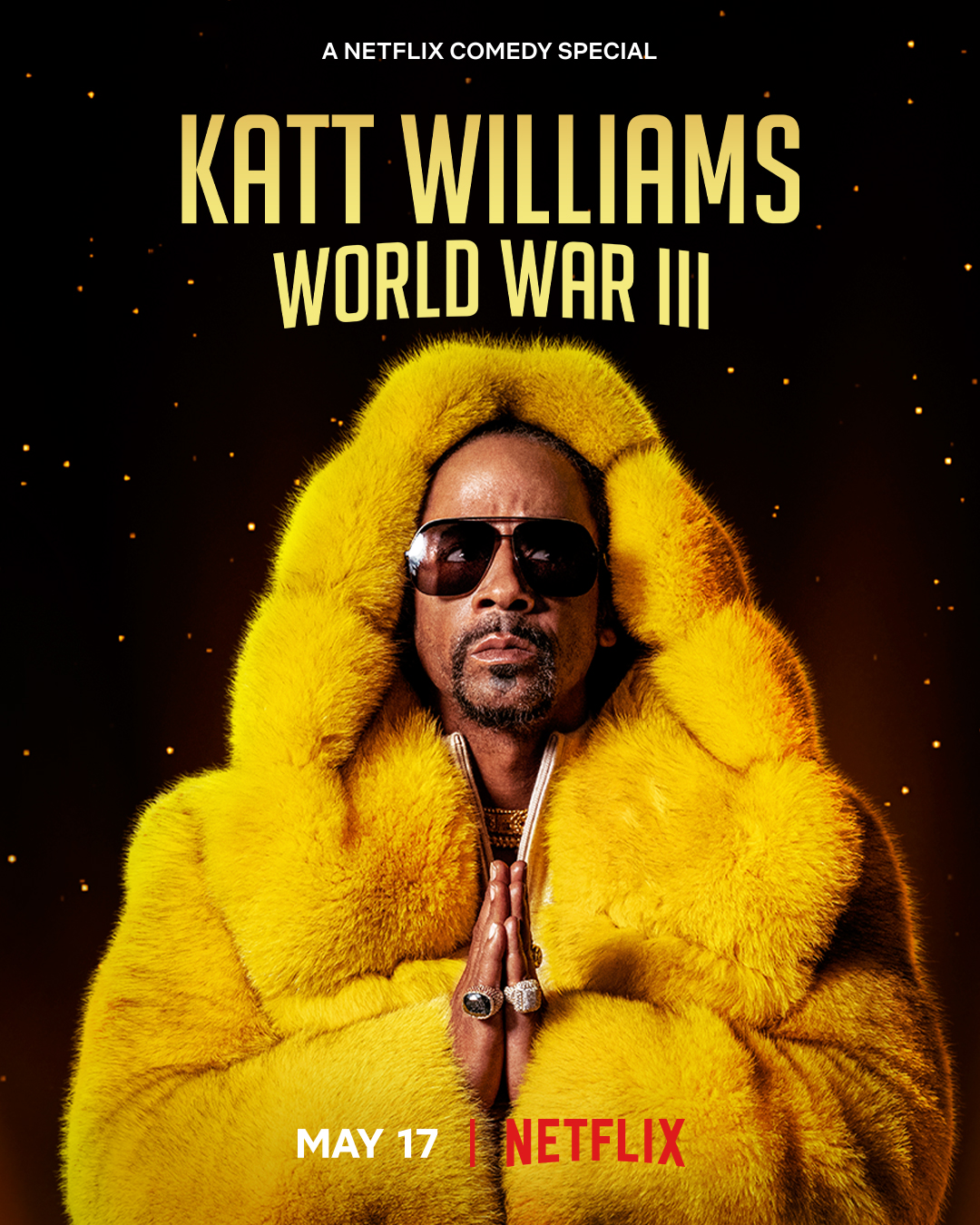 KATT WILLIAMS RETURNS TO NETFLIX WITH HIS SECOND ORIGINAL COMEDY SPECIAL, WORLD WAR III. The Special Is Set To Premiere Globally on Netflix on May 17, 2022.