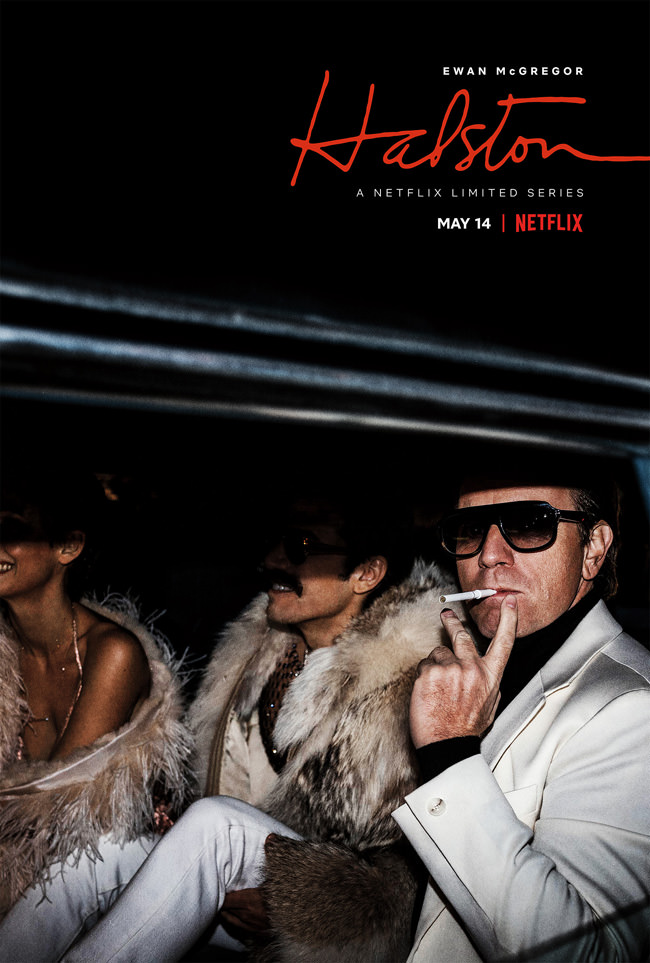 HALSTON, starring Ewan McGregor, is the untold story of the meteoric rise and fall of the first American celebrity fashion designer. HALSTON is A Netflix Limited Series from Executive Producer, Ryan Murphy. Watch HALSTON, only on Netflix: https://www.netflix.com/HALSTON​ Release date is May 14th! Check out more info inside and pics…. 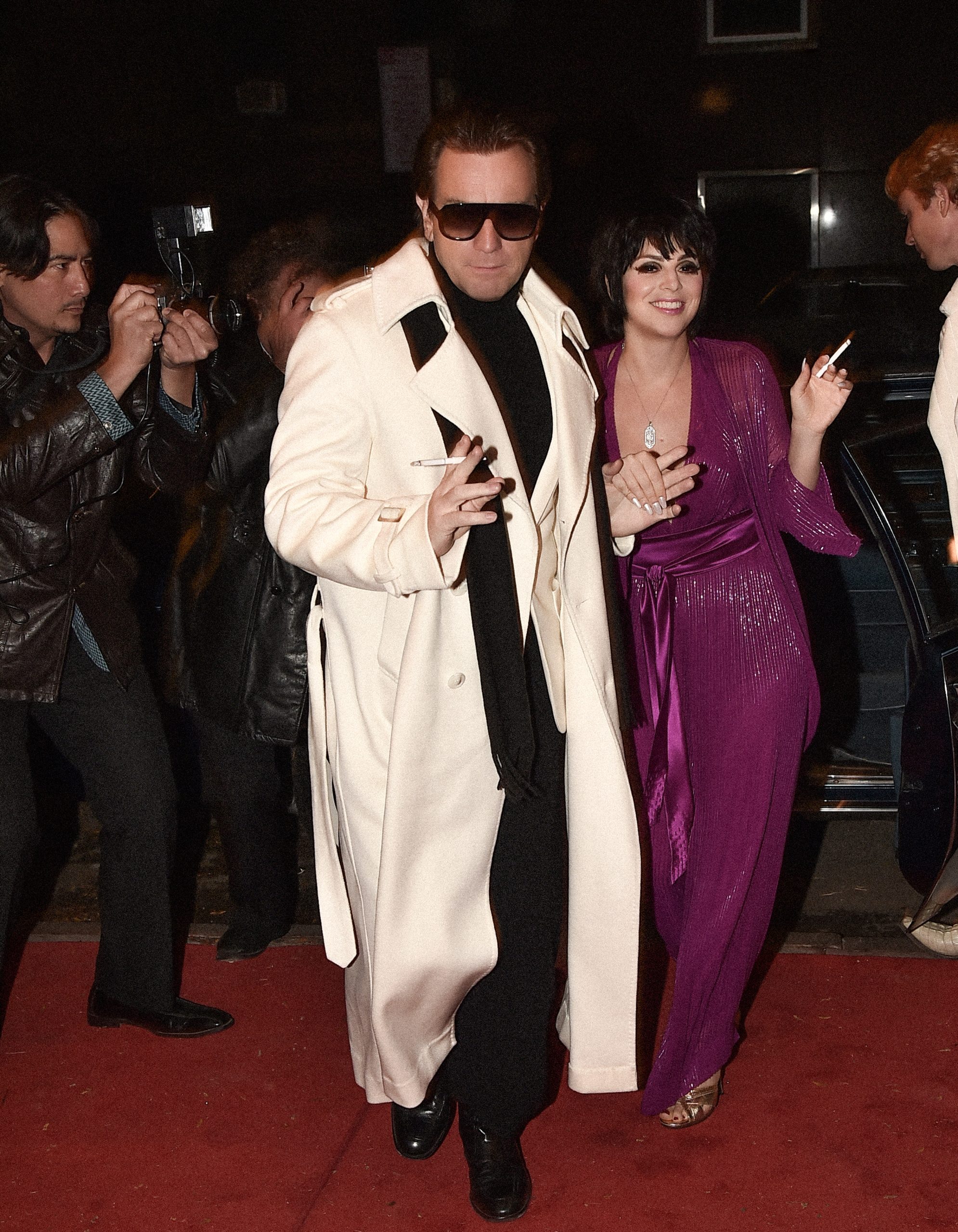 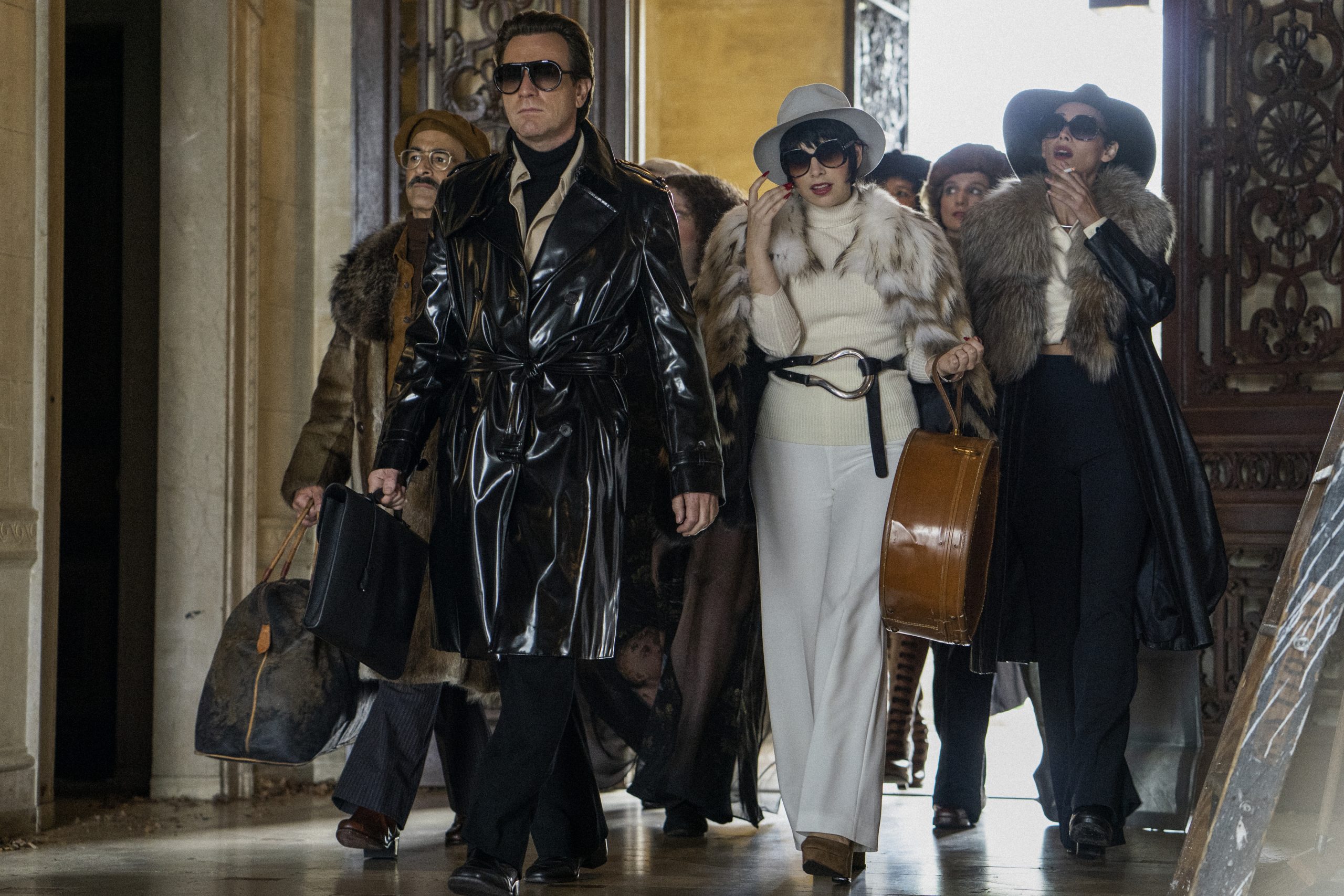 Costume designer Jeriana San Juan talks about being a longtime Halston fan, what defined his style, and working with Halston’s personal tailor to recreate his wardrobe.

Were you familiar with Halston’s story and work as a fashion designer when you first got involved with the show?

JERIANA SAN JUAN: Yes, I first connected with the project because I’m such a fan of Halston’s work. In my initial meetings with Dan Minahan, our fearless director, I gushed about my experience studying Halston’s work in fashion design school — pouring over images of his collections in the library at school and looking through archival footage. It was exciting to do something that married my costume design knowledge with my fashion design background.

What about Halston’s work as a fashion designer was so groundbreaking?

SAN JUAN: Halston designed clothing for women to feel string, elegant, and free. There’s an ease, a suaveness to his clothing — and even in his early work as a milliner. He was one of the very first designers to create a brand around his name, and so “Halston” became synonymous with “ease” and “effortlessly sexy” and “effortlessly strong.” But if you look at the architecture and practical building of all those pieces, they’re actually quite complicated. Halston’s work is very much like sculpture; he treated fabrics as his medium and manipulated them like a true artist. He would pleat, wrap, and use textiles in a way that was unconventional and celebrated a woman’s figure instead of creating rigid tailoring that bound it. It was all about ease and softness, and that approach is still influencing fashion today.

What kind of research did you do to prepare for your work on this show, which spans decades and features real people?

SAN JUAN: I really went to the ends of the earth in terms of researching. I wanted to immerse myself in the way the characters would be looking at the world at the time. I researched the designers that Halston was referencing in his work, the culture and art and music that was popular in each time period, what fabrics and styles were emblematic of each era, and of course the real-life people from the show whose lives are all heavily documented. I could replicate a lot from documented events thanks to photographs and articles.

How did you approach dressing Halston in the show?

SAN JUAN: In researching Halston, one of the most incredible things was finding people who had known him personally and who wanted to help this project because they wanted to help their friend. I came to know Halston’s personal style very intimately, and that began when I found a tailor named Gino Balsamo who worked at Halston Limited. He is wonderful and lovely, and was the tailor in the shop assigned to make Halston’s personal clothes. Halston only wore his own designs, and he wanted to wear fabrics that did all the things for him that they did for women; created ease, effortless strength, and effortless beauty. Halston had unique nuances in his clothes — he created these pants with no side seam and specific pocket placements. Gino actually came to my shop and worked with us to create and pattern clothes the same way that he did for Halston.

How did you collaborate with Ewan McGregor on Halston’s costuming?
SAN JUAN: Collaborating with Ewan was one of the highlights of my career. He is just the most

wonderful human being, and an incredible actor and artist. We worked very closely together not just on his costuming, but on the design process. We met all the time throughout production. He would come to the shop just to observe the tailors, or watch me do a fitting, to get a better idea of how a designer works. It was a very unique experience — we worked on how to pin clothes properly, how clothes are constructed and assembled, how to move through a workroom, and I even walked him through where my eyes go when I’m designing so he could better track his eyeline when he’s designing as Halston in the show.

How did you source the key costumes for the show?

SAN JUAN: Most of the pieces in our show on our main characters are created from scratch. I found vintage dealers from every corner of the world, but vintage clothes are often not in fantastic shape, and I wanted to make sure the costumes fit with the same ease and pristine effortless style that defines Halston. There are also many original Halston pieces in the show. Halston’s entire archive was disassembled when he left the company, but I was able to find pieces that were tucked away. Lesley Frowick, Halston’s niece, had gifted a great deal of his work to Lipscomb University. We worked with JS Group International to pull some original pieces. There were also wonderful pieces that vintage collectors loaned me. I worked with a company called Toray International, the original manufacturer of Ultrasuede fabric, and they gave me a ton of Ultrasuede that was the same quality Halston used in his designing. We also worked with Tiffany & Co. to obtain all of the original Elsa Peretti jewelry.

Dressing the costumes for the 1973 Battle of Versailles Fashion Show must have been a huge undertaking. How did you handle it creatively?

SAN JUAN: It was incredibly intimidating. I was able to go into the Conde Nast archives and personally look through all of the archival materials, and I dug into every detail I could find for the other key participating designers — Bill Blass, Stephen Burrows, Anne Klein, Oscar de la Renta — and their work at the time. We couldn’t recreate the entirety of the show, but we created a small, curated collection of the pieces that are considered the most iconic for Halston’s collection, and I created pieces to fill out these collections to help make them cohesive and have a very individual voice for each designer. I found one original Halston piece, a beautiful sequin caftan, that actually walked in Versailles. I used that piece in the show.

The limited series HALSTON follows the legendary fashion designer (Ewan McGregor), as he leverages his single, invented name into a worldwide fashion empire that’s synonymous with luxury, sex, status and fame, literally defining the era he lives in, 1970’s and ‘80’s New York — until a hostile takeover forces him to battle for control of his most precious asset… the name Halston itself. The series is Executive Produced by Ryan Murphy, Ian Brennan, Alexis Martin Woodall, Daniel Minahan, Ewan McGregor, Eric Kovtun, Sharr White, and Christine Vachon and Pamela Koffler of Killer Films. Minahan also serves as the series director.