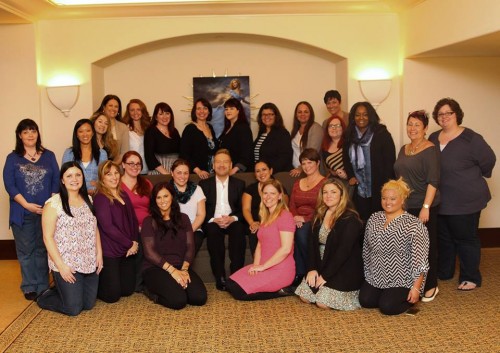 I learned so much from Film Director Kenneth Branagh while out in Los Angeles. He is such a talented man and I was fascinated in how he brought the character of Cinderella to life! In our one on one interview with him, he shared his experience on filming the movie, difficult scenes to shoot, casting and so much more! Please hop inside to read what he had to say and remember Cinderella opens everywhere tomorrow, Yay! xoxo 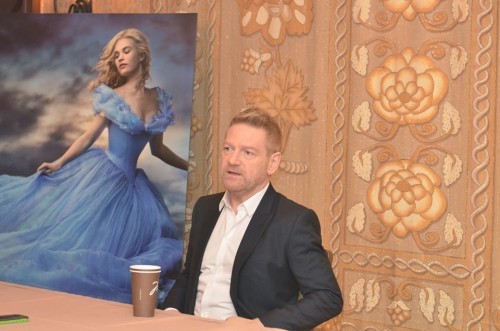 What brought you to this project?

I think it was the surprise of being asked. I hadn’t long ago done Thor and I did a film called Jack Ryan. So, a couple of quite boy-sy films. And being asked to do a girl’s film, if that’s not a stupid way of putting it, and a fairytale and such a famous one. I remembered a of couple things from Cinderella. I loved the chase back from the from the palace at midnight. I really remember in the original animated film, the stepmother coming out of the dark with two blazing green eyes, at which she’s lying in bed. Cinderella brings her some tea. I remember it being a bit scary but very exciting and fun.

I was very aware also if you do a Disney film then you have a big responsibility. There’s gonna be a lot of kids seeing it for the first time. And they all know the story as well. I’ve never made a film where the lights go down and you realize that everybody from five to 95 knows what’s gonna happen next. So it’s not about what happens next. It’s about how you do what happens next. That was very exciting. 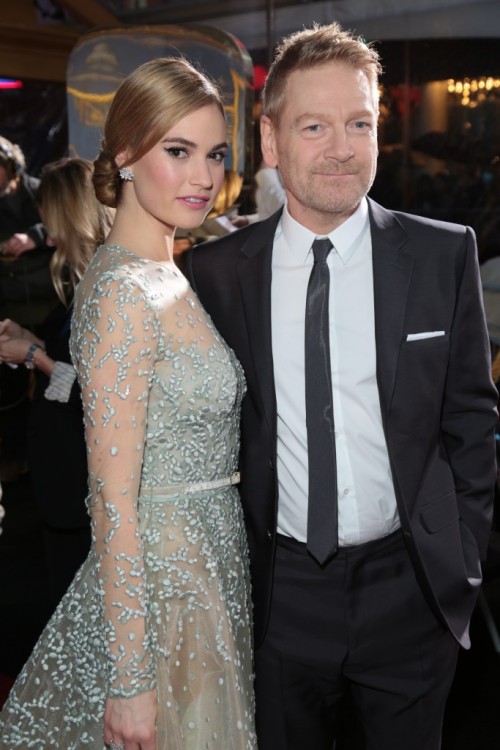 How did you go about casting?

Kenneth: “I had an idea of how Cinderella should be. We knew that it would take a while and that you had to really feel that the character. She had to be likable, and have a good sense of humor. We were calling for a kind of approachable beauty, and kindness, and passion and strength and that could stand up in a scene with Miss Blanchett or Miss Bonham-Carter.”

“Apart from very blue eyes, and very tight trousers, he had intelligence and wit. And also he relished the idea of how you might sort of play a gentleman.

I think both these actors…. I love the idea that they were prepared to be uncynical in the film, and just sort of respond directly to each other and that a gallantry, a courtship. The desire to woo, to serve, to listen were things that he felt could be played very positively and would be very, very attractive and that in a way there was a natural disposition in the world of the piece that we presented for him to love her.

It was a very powerful thing to be somebody listening, looking, and reacting. I think it’s very touching and wonderful chemistry between them, and I think he was somebody I felt could do this thing we needed to do of having a man who earned Cinderella’s respect and love.” 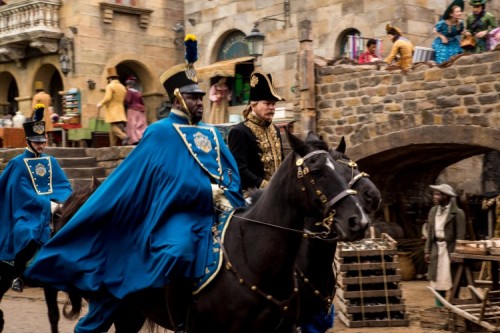 Kenneth: “Nonso is an actor who  I worked with about 12 years ago in the theatre. He’d just come out of drama school. He’s a man mountain. He’s actually enormous, but a darling bloke. He’s a wonderful actor. So he was also in my last film Jack Ryan, and I knew that he would play these kind of oak tree of a guy with a real twinkle in his eye. And also there’s very few people who can stand up to Cate Blanchett and say, I’ll tell you what to do. Or I forbid it. Cate Blanchett actually turns around and looks rather scared. You know, so I knew that Nonso would be able to do that. And he’s a big, good-hearted guy, and a he’s a wonderful actor.” 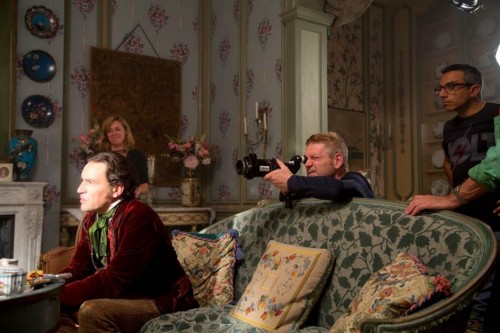 Most difficult scene to shoot?

Kenneth: “I wanted to take people to the ball. But I also knew that for me the scene was just as much about his hand on the small of her back in the beginning of that dance. It was trying to keep that big large-scale ambitions with just wanting the human dynamic of the boy meets girl moment.” 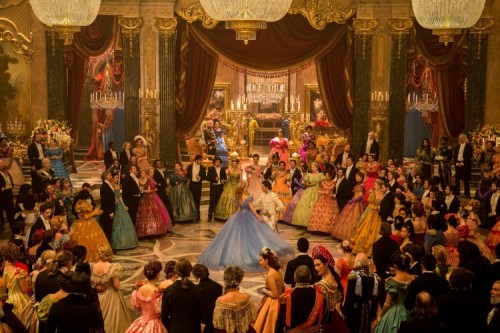 Kenneth: “We built so much of it that we didn’t do too much inside real palaces. So the whole of that ballroom is an entire construction on the 007 stage in Pinewood. The outside of Cinderella’s house was all built for real in a place called Black Park.

And then interestingly the forest where the Prince and Cinderella meet is in Windsor Great Park, which is essentially the Queen’s back garden. She lives in Windsor Castle part of the time, so part of that park involves that group of oak trees which are over 600 years old. So it was very nice to be able to say to Lily and Richard you’re gonna do this magical scene in a magical place. ‘Cause these oak trees were here when Shakespeare was alive. It was really very sort of magical.” 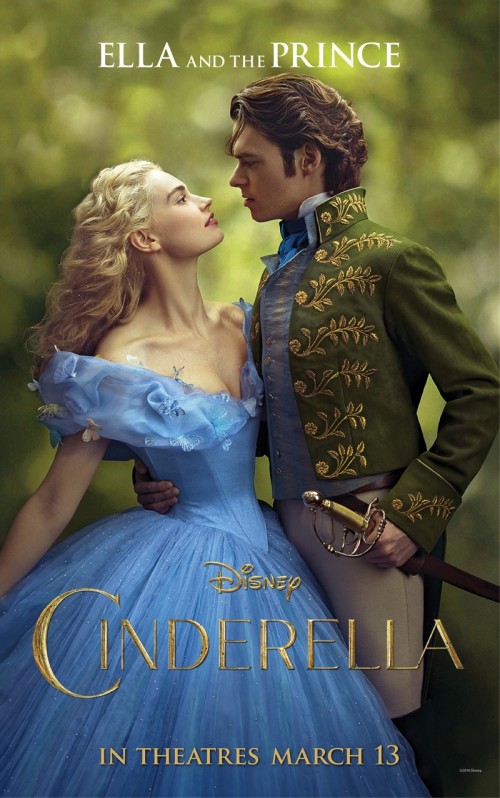