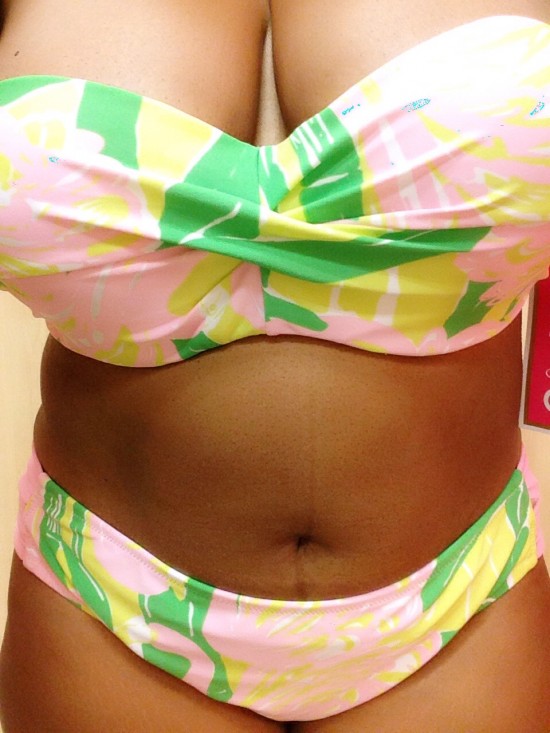 So this morning I woke up pretty exhausted because it had been a long night. I looked at my clock and it was 8am. Good Morning America was on and they were getting ready to do a story on how there was glitches on Target’s website today for online shoppers who wanted to purchase the highly anticipated Lilly Pulitzer For Target collection. I thought to myself oh no, I forgot all about it and headed to my local Target which is 5 minutes away from my house at Mall of Ga. I arrived around 8:30 a.m. but it was already slim pickings! Smh! 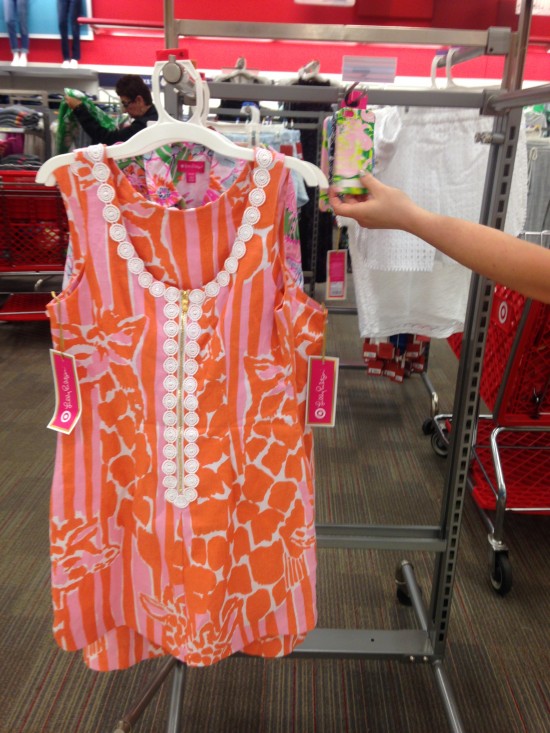 When I arrived I snapped a picture of what was left on the racks and as you can see, it was hardly anything! Target opens at 8am and I got there at 8:30am and this was pretty much it. As I looked around at all the ladies carts standing in the aisles at Target, their carts were filled to the brim with all sorts of things from the Lilly Collection and I felt so disappointed. I don’t know if they were Ebay folks or what but it was a bit disheartening to see them stuff their carts with stuff, knowing good and well they were not going to wear all of it, that pissed me off!

So then I headed towards the fitting room where there was a line of ladies just chatting. Some were exchanging clothing saying they weren’t going to wear this and that and what they wanted to put back. A nice young lady was exiting the fitting room and bee-lined right over to me and said, you look about my size, I don’t want these items, you’re welcome to take a look at them! That was sweet of her but she must have seen the look of desperation on my face lol. I took the items and only really wanted to try on the two-piece swimsuit I had been eyeing online. The palm tree jumper was already snagged up! NO luck scoring that but I did try on the bikini and I HATED it!

Backstory…I’ve been a long time wearer of Lilly Pulitzer for years. I was wearing Lilly back in the day back home in Cleveland, Ohio. I would take my kids to the pool in it for swim lessons, go to lunch with my girlfriends, wear it to the mall or where ever. I was introduced to the brand MANY years ago. I remember when they opened a huge store at Legacy Village in Beachwood, Ohio and I was there. There are a lot of Lilly lovers in Cleveland lol. I also use to find it and collect it from local thrift stores. I still own a few iconic pieces.

So to my surprise when I arrived at Target, I felt like the quality was just not there. I touched and felt the fabrics and it was very cheap. I do understand its Target but I was expecting a bit more. I’m not sure why Lilly decided to collaborate with Target but I don’t think that it was a good idea at all. Their beach towels were cute but you can tell after a few washes, they will fade and shrink up. I noticed that everyone’s carts were also filled with vibrantly patterned seat cushions. What they were going to do with one seat cushion, I have no clue but they were cute lol.

Back to my two piece bikini. The top was very poorly made, it had NO support what so ever and for the price of the top and bottom, I had to pass! The cups were not designed the same in the store as you see on the model. What happened to the underwire in the top like the model is wearing?? I have swimsuits that cost about $200 and up with good support and it was well worth it but I can’t see spending $24 plus tax for droopy boobies lol. I didn’t want to open the package to add the straps but even if I did, I know that my boobs were still going to look horrible in the swimsuit! It also just tied in the back and I had it tied really tight but it still looked awful. So unfortunately the dream bikini I really wanted, was a no go! I tried on a size XXL top and XL bottom. I wear a 36DD in bras and 12 in clothing. The bottoms fit fine, no complaints there. I wish they also had the cover up to match but that was nowhere in sight.

Target also did NOT stock a lot of Xl’s or XXL in the store. LOTS of x-small, smalls and mediums though from looking in all the ladies carts and noticing how small a lot of the shoppers were standing in line for fitting rooms. Sad! Online they are saying that it wasn’t much of a selection either for the curvy gals.

From my understanding mostly everything is sold out online now and I guess thats a good thing for Target which was their ultimate goal but for TRUE Lilly fans like myself, I left a bit disappointed. Till next time! xoxo 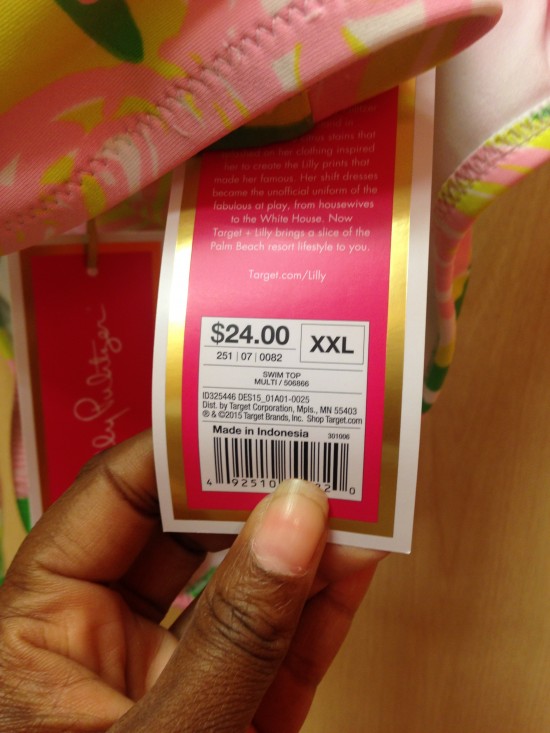 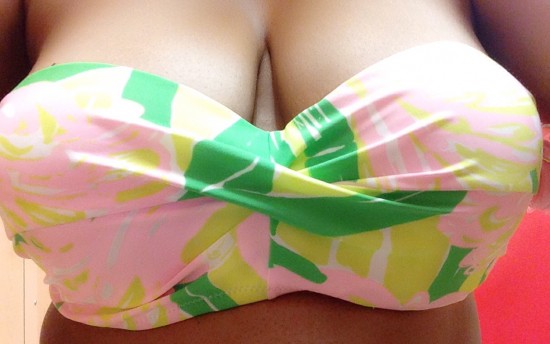 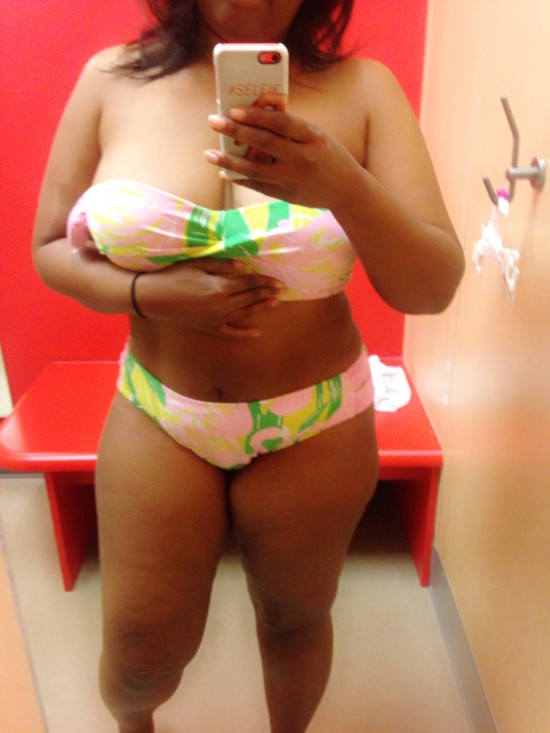