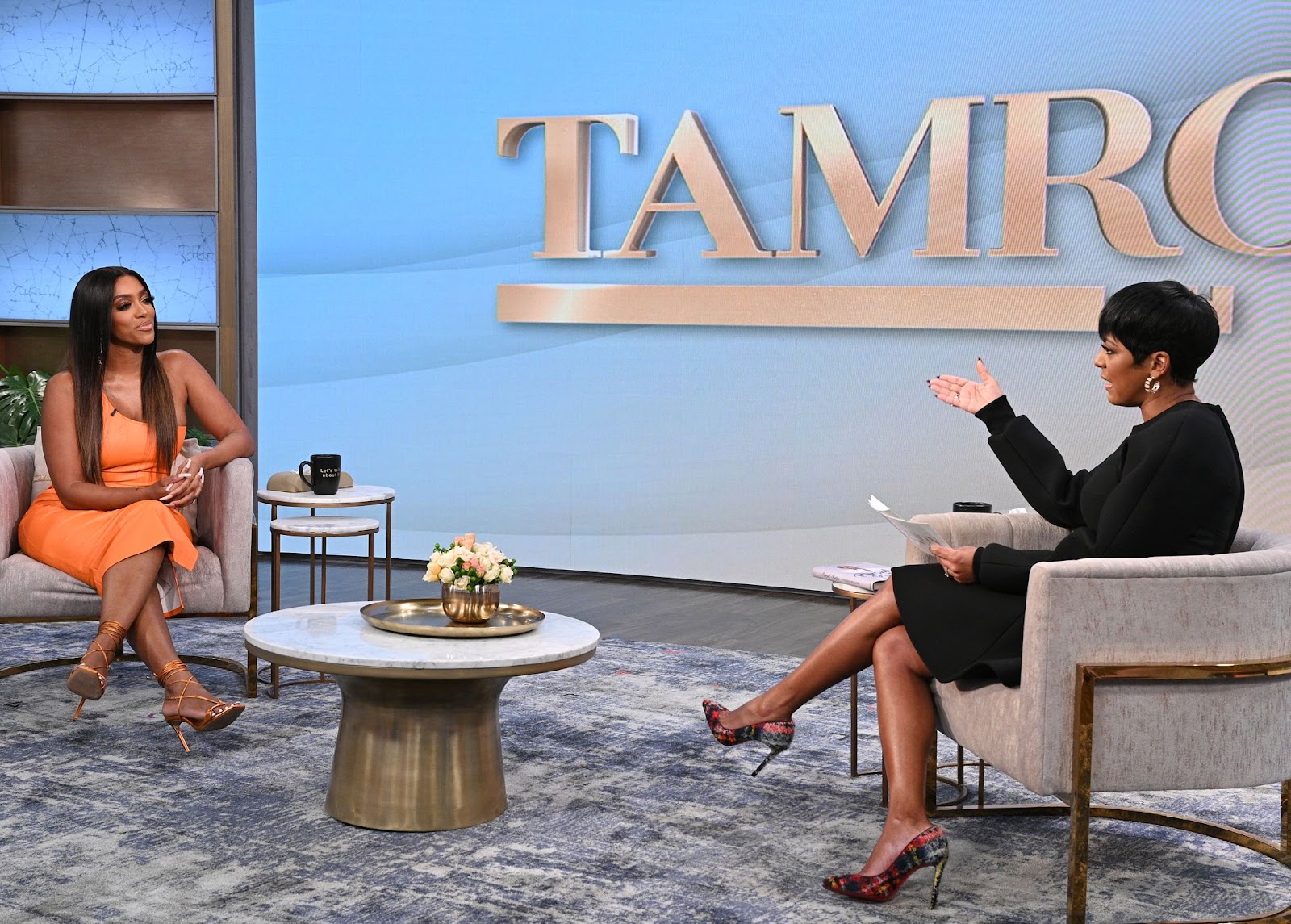 On the Tuesday, November 30 edition of “Tamron Hall,” “The Real Housewives of Atlanta” star Porsha Williams joins Tamron in-studio for a daytime television exclusive interview about the shocking revelations detailed in her new memoir, The Pursuit of Porsha. Williams opens up about her relationship with R. Kelly and her battle with childhood bullying that led to depression and suicidal thoughts. The reality television personality also details her relationship with fiancé Simon Guobadia and clears up concerns surrounding Simon’s polygamist Nigerian background. Plus, Williams sets the record straight about the rumors of Willams ‘stealing’ her fiancé from his ex-wife and fellow “The Real Housewives of Atlanta” star Falynn Pina. Pics and video clip inside… 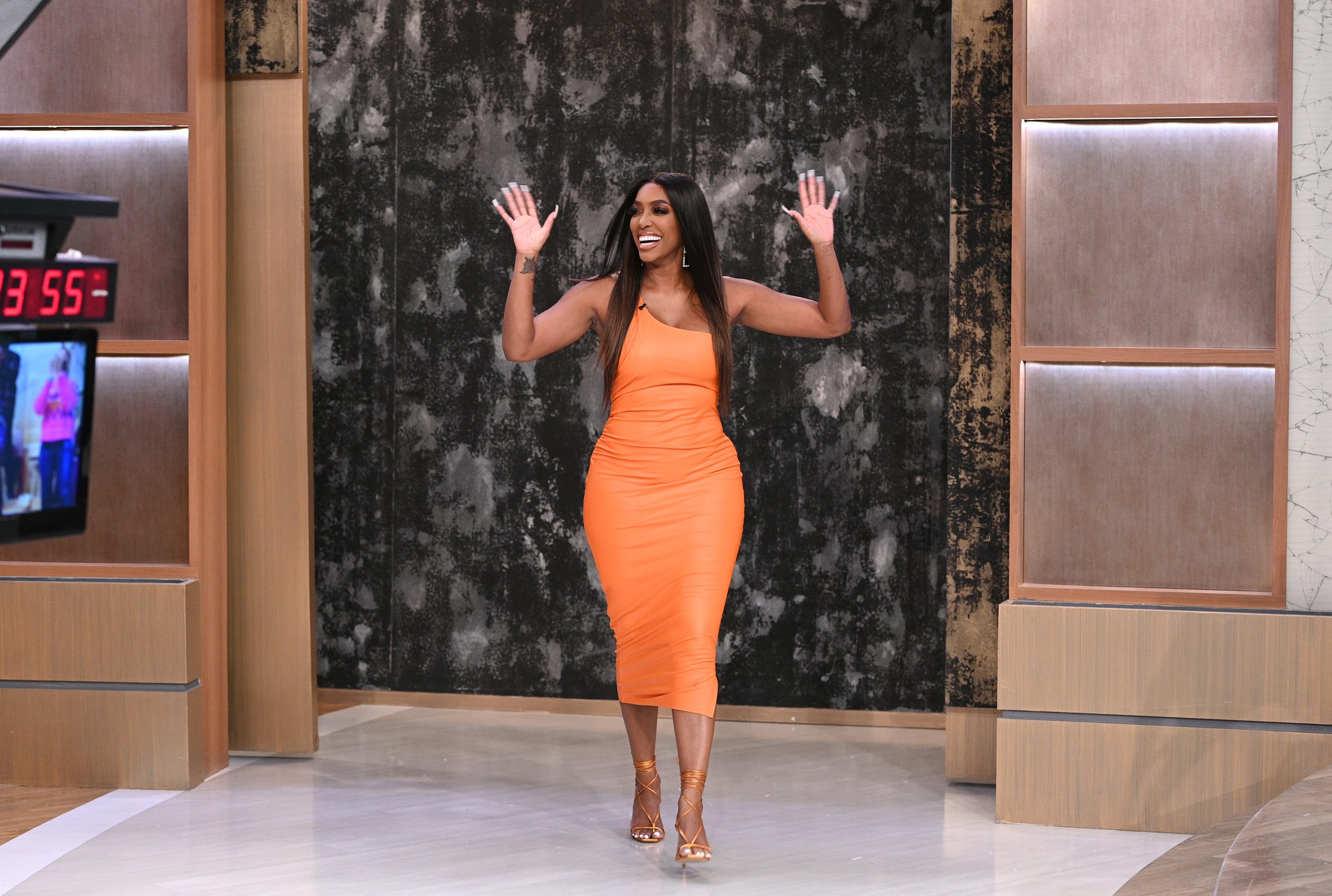 Porsha Williams on the first time she had suicidal thoughts:

“I can’t remember exactly, but I was probably around the age of 10, somewhere around there. I had dealt with a lot of bullying in school. I didn’t think much of myself even though I had such a strong mother and a great provider, I had my father there as well. So I had a support system and that’s why I wanted to talk about it because it’s not just kids who’ve been neglected who find themselves in those dark places. This conversation needs to be had so mothers and their kids, fathers and their kids, can talk about this. That was really, really tough for me to revisit, even as a grown woman, because when I think of depression now, I can identify, ‘okay, that’s depression.’ I didn’t know then when I took the scarf and put it on the door what that action was. I didn’t really know. All I can say at this moment, it was by the grace of God to save me in that moment because, as a child, you don’t think that once you stop your breath, it doesn’t come back. And so I think that’s why a lot of children, God rest their souls, are suffering from that now in our nation. A lot of kids have died from suicide. So I wanted to talk about that. But by passing through that [depression and suicidal thoughts] as a child, I kept facing those same demons over and over.”

Williams on her relationship with R. Kelly:

“You know, putting R. Kelly’s name in the book, because some people I named, some people I didn’t name, and putting his name in the book is just putting a name to another face that I had already encountered before. He had just been one of the men who was a predator in my life, who had taken advantage of me and mentally abused me in my life. So I saw him no different than those same men. That same darkness, the same treatment, they faced and met the same Porsha who didn’t know her self worth. I didn’t love myself. I didn’t see who I was in those situations. You know, I was a grown woman. I had a penthouse in Buckhead, I had my own business. I wasn’t your usual so-called victim. But because as a young woman, I did not value who I was, that’s how I got myself into those situations.”

Williams on her fiancé Simon’s polygamist Nigerian background and her reaction to the cheating concerns:

“Let’s start with, he’s Nigerian. That’s his culture. It’s just called Nigerian culture. They are allowed and are open to having multiple wives. Some have two [wives], his father had two, his grandfather had 25 and 60-something grandkids. But you know, Simon has been in America since he was about 17 years old and I’m American, so we’re gonna have one wife and one husband. Now as far as the cheating goes, no one’s perfect. You know, I cheated on my first boyfriend and that was a horrible experience. Some people do it at 30,40,50, it doesn’t matter. The point is to learn from those experiences and decide what kind of man you want to be and what kind of husband you actually want to be. And when I met Simon, he was literally at the same place I was for the past two and a half years. I’ve been working on myself. I’ve been in therapy. I’ve been praying and doing my self care. And it was very different to meet a man who had done the same thing and we met at the same place.”

Williams clears up the drama between her, Falynn Pina and Simon Guobadia, Falynn’s ex-husband and Porsha’s now fiancé:

“I dealt with everybody’s opinions, but really, it was the emotion of my supporters. Because they were like ‘Oh my gosh, Porsha wouldn’t dare do this,’ or ‘Oh my gosh, she’s a husband stealer,’ all that. Listen, I get that I’m on a show and ‘Real Housewives of Atlanta’ is a show meant for entertainment. When we bring people on the show to try out to be casted, they have to be brought in by another cast member. Sometimes those things are kind of put in a way other than how it actually is. I wanted to be [friends with Falynn] and what I wanted for her was to introduce her into the show for her to be a housewife, but it didn’t work out. She ended up wanting to be friends with someone else.  Long story short, they didn’t choose her [for the show]. Um, was she [Falynn] a friend of mine? No, she was going to be casted on the show and it didn’t work out for her. Simon and I actually have mutual friends and I’ve met him over the years here and there. And so for me, there was no personal connection with her when it came to him.”