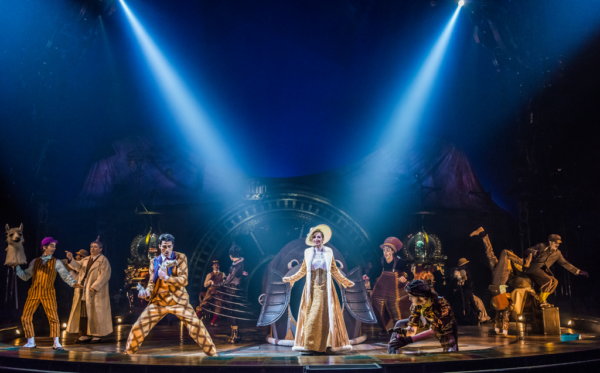 Last night I had the opportunity to check out one of Cirque Du Soleil’s new shows called, Kurios and boy was it something to see! The show was held here in Atlanta at Atlantic Station under the blue tents. The show kept me entertained and it moved in many directions. From the singing, dancing, acrobatics skilled performances and more, it’s definitely something you need to check out. I really enjoyed myself and ofcourse all the pretty costumes that reminded me of “steampunk” fashions. Check out inside some of my favorite acts, pretty images, costumes and a video clip. Its only here in Atlanta for a couple of months, so try to see it while its here. 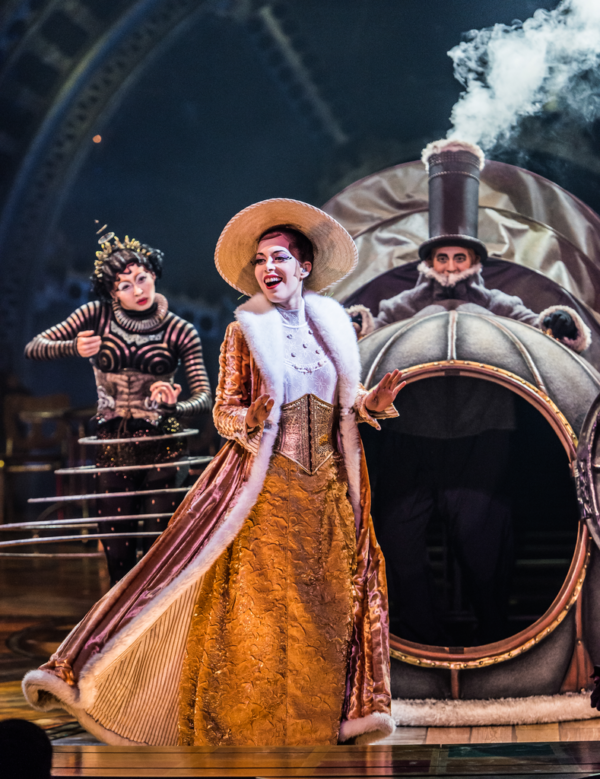 The Show
A mysterious and fascinating realm that disorients your senses and challenges your perceptions.
Step into the curio cabinet of an ambitious inventor who defies the laws of time, space and dimension in order to reinvent everything around him. Suddenly, the visible becomes invisible, perspectives are transformed, and the world is literally turned upside down. 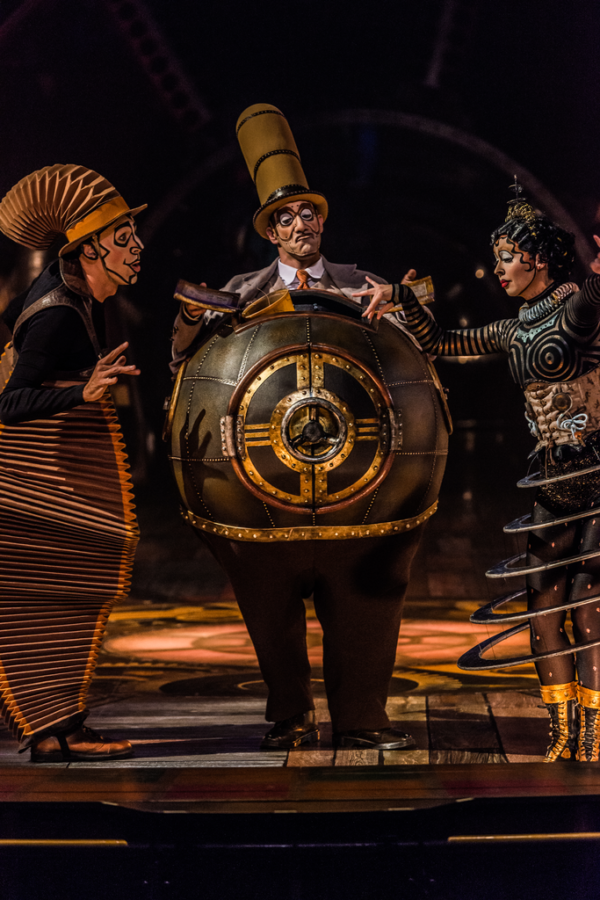 An authority figure, Mr. Microcosmos is the leader of the group. This serious chap is the embodiment of technological progress; his world is sturdy and evokes the steam train, massive building structures, the Eiffel Tower and the Grand Palais. This is man as a microcosm, running on his own steam and traveling in his own self-contained, self-subsisting ecosystem. Full steam ahead!

The perfect handyman, Nico is a little shy, a tad awkward, and extremely sensitive. Nico’s accordion costume allows him to bend way down or stand way up so he can be at eye level with absolutely everyone.

Klara can receive alpha waves by turning on her heels and pointing her hoop skirt in various directions. She represents our obsession with telecommunications during the golden age of railroad when the telegraph and gramophone were invented. 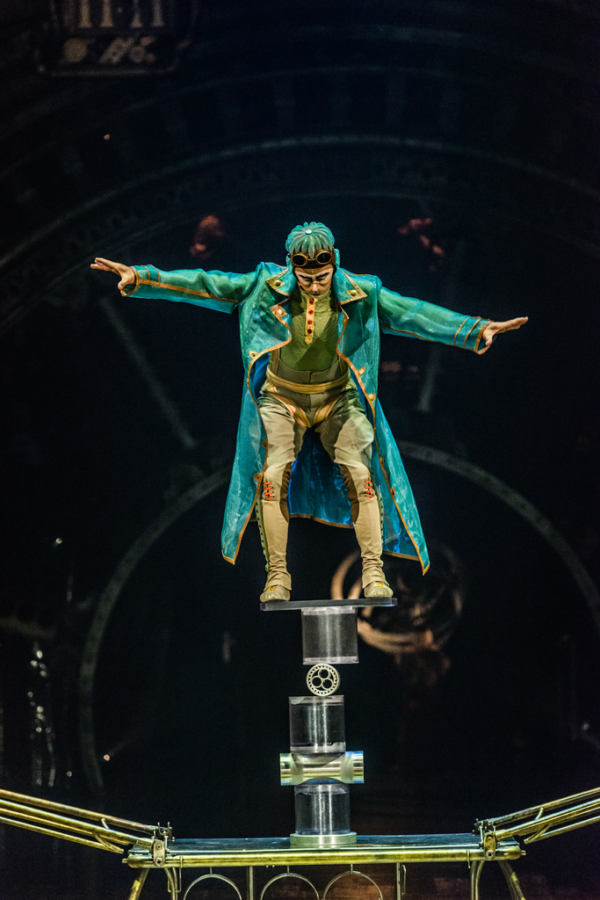 A fearless Aviator who happens to be an expert in the discipline of rola bola makes a soft, graceful landing in his small propeller plane, which he will use as a platform. Balanced on his impressive, tottering structure, the artist and his cylinders and planks rest on a platform built into a trapeze Washington. The suspended apparatus moves up and down and swings in a long pendulum motion – an incredible feat requiring an extraordinary sense of balance. 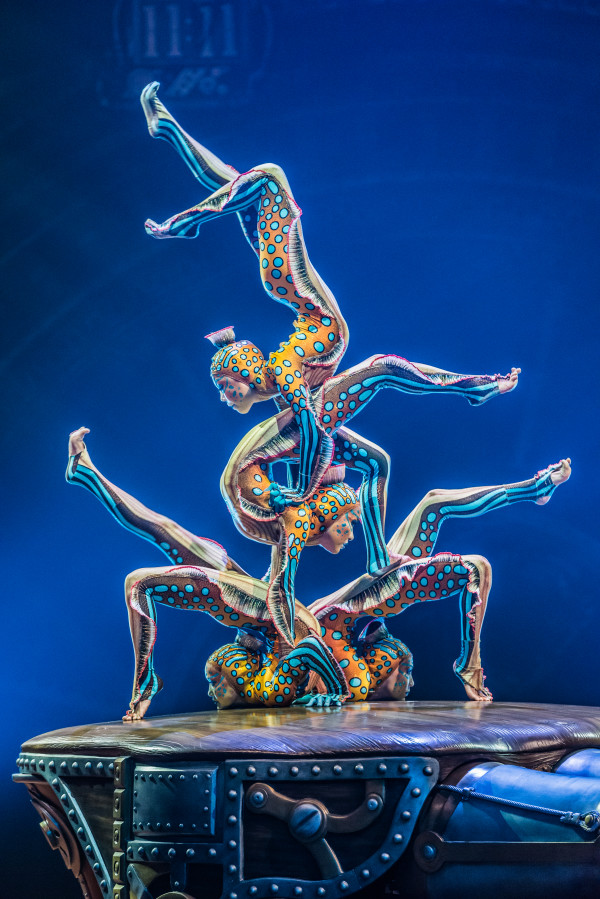 Deep-sea creatures that embody electric eels inside the Seeker’s cabinet come to life in this stunning, fast-paced and fluid contortion act. The wriggling artists execute a series of incredible pyramids and figures at an astonishing pace using the Mechanical Hand as a platform. 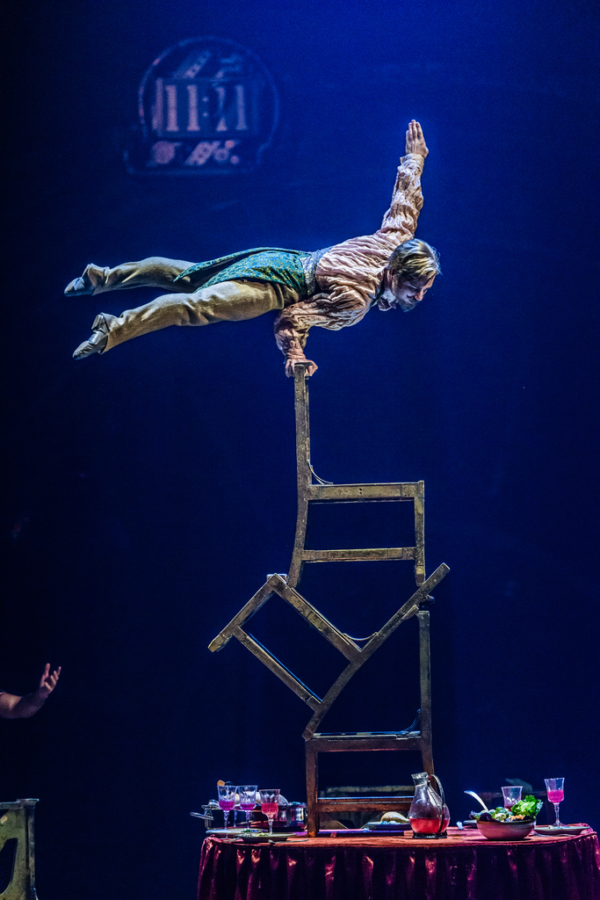 Dinner guests are stunned by the telekinetic powers of one of their table companions who can make a chandelier suspended above their heads move. Another guest challenges him by piling up chairs in an attempt to reach the chandelier. All of a sudden, the group realizes that their exact double exists in a parallel universe right above them where the same scene is unfolding…but upside down! 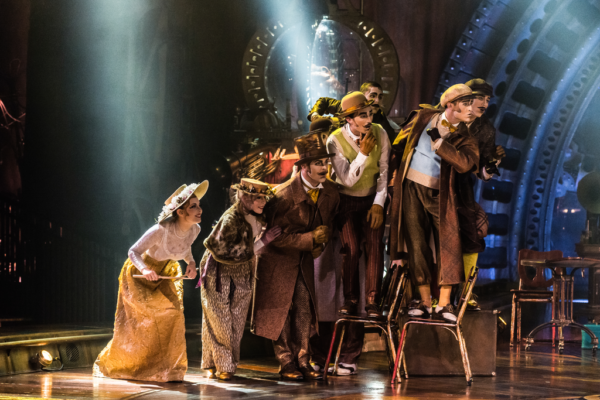 And my favorite of all…the costumes, they were magnificent!!!! Designed by Philippe Guillotel. 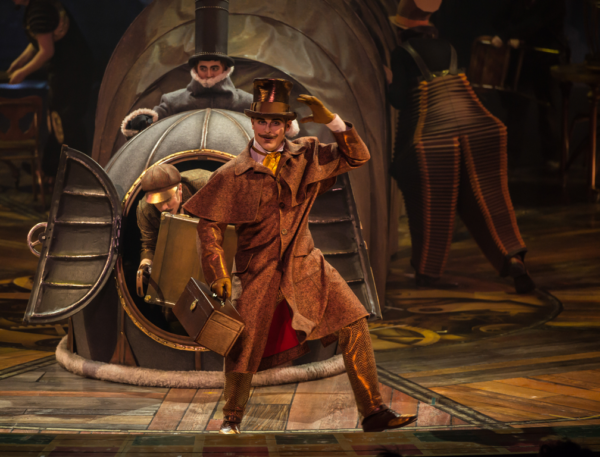 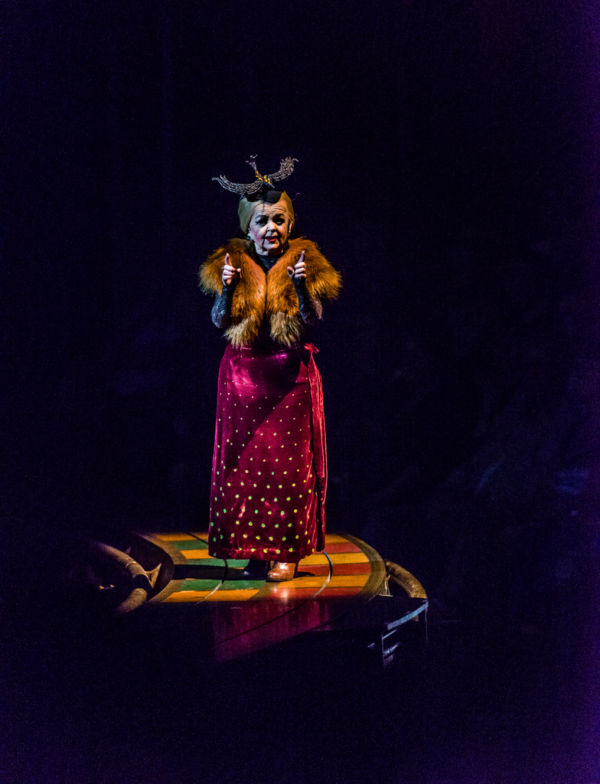 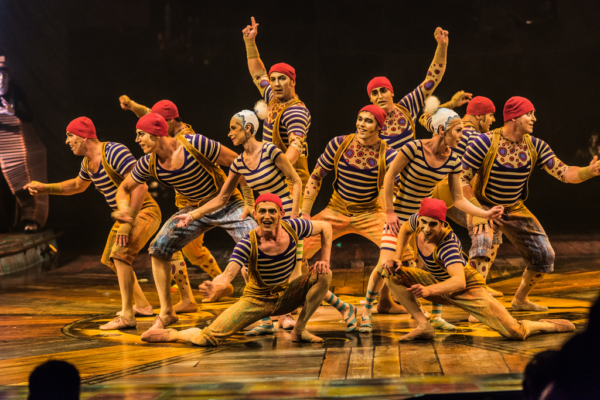