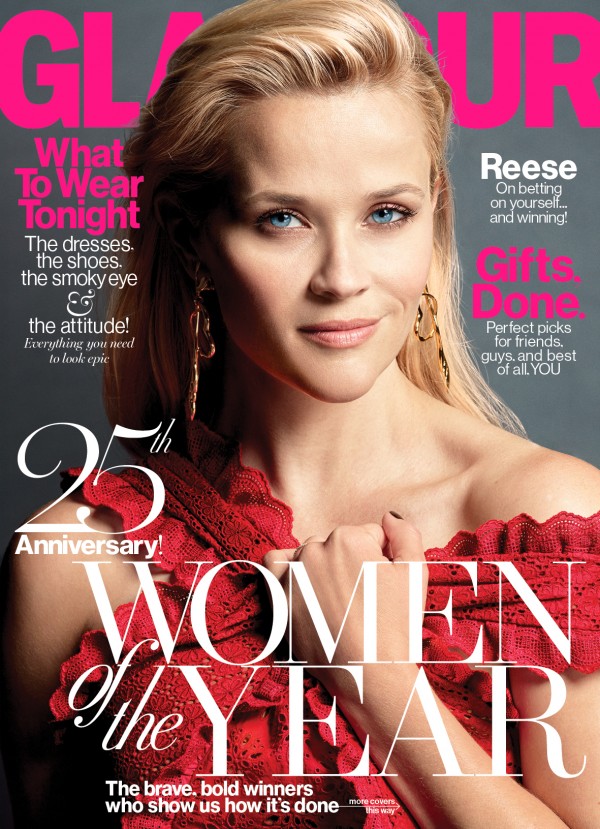 Glamour announces its 25th Anniversary Women of the Year Awards, which will take place the evening of November 9 at Carnegie Hall in New York City. At the preeminent event that celebrates women’s achievements, Glamour Editor-in-Chief Cindi Leive will honor trailblazers and newsmakers from across the worlds of entertainment, fashion, politics, business, and more.

Amy Schumer will open the awards ceremony, which will recognize Victoria Beckham, Misty Copeland, Elizabeth Holmes, Caitlyn Jenner, Cecile Richards, Reese Witherspoon, the Women of Charleston, and the U.S. women’s national soccer team. The evening will celebrate past Women of the Year honorees including Madeleine Albright, Samantha Power, Serena Williams, and Billie Jean King, and feature a star-studded list of presenters and musical guests. L’Oréal Paris is the title sponsor of the awards ceremony. 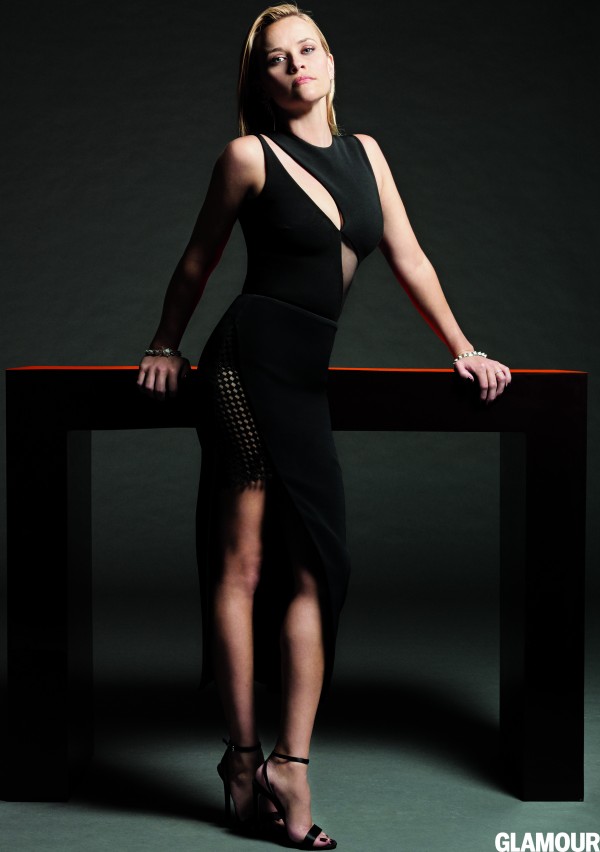 DECEMBER COVER STAR REESE WITHERSPOON: THE HOLLYWOOD HERO
When Reese Witherspoon met with seven Hollywood studio execs a few years ago, she was stunned to learn just one was developing a film with a woman in the lead. So she cofounded a production company, Pacific Standard, and began buying up books and scripts with female protagonists. Wild and Gone Girl, its first two films, earned stars Rosamund Pike, Laura Dern, and, yes, Witherspoon herself Oscar nominations—and the films banked more than $400 million at the box office. Now she’s breaking into a full-on sprint toward equality: Pacific Standard has 32 projects in the works that put women front and center. With her producing business booming, Witherspoon felt that she could take on another challenge this year: a fashion brand. She launched Draper James, a Southern-inspired clothing and home line, with a flagship store in Nashville.

Witherspoon on starting Pacific Standard…
“I have this drive from my upbringing to be a doer, not just a complainer. I have achieved a certain amount of success, and I felt a responsibility to my daughter and to women in this world to create more opportunities for women. Women of different ethnicities and socioeconomic backgrounds. We’re 50 percent of the population.”

Witherspoon on Legally Blonde…
“I was debating whether to do Legally Blonde, and I saw this interview with Gloria Steinem about how important Goldie Hawn’s role in Private Benjamin was for women; by the end of the movie, the character socked her fiancé in the face at the altar because he didn’t understand who she’d become through her journey. I was like, ‘I feel like Gloria Steinem told me to do Legally Blonde. That’s how Elle Woods is too!’ She starts out thinking she’s gonna follow a man, but in the end she’s like, ‘I don’t need you.’” 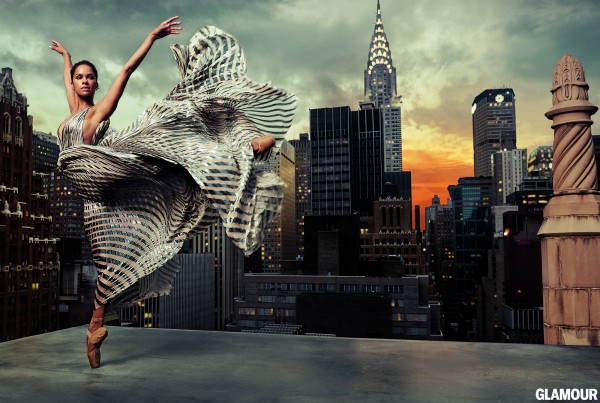 MISTY COPELAND: THE SHOWSTOPPER
In June, Misty Copeland was promoted to principal dancer at American Ballet Theatre, the first African American ballerina to reach that level in the elite classical ballet company’s 75-year history. Her memoir, Life in Motion, made the New York Times best-seller list; her “I Will What I Want” commercial for Under Armour went viral; and she’s doing all she can to reach communities with little exposure to ballet.

Copeland on not giving up after her injury in 2012…
“Generations of black women and men didn’t have a fair chance in the ballet world; it’s still difficult to be ‘other.’ Understanding that made me want to speak up and represent what so many couldn’t.”

Copeland on encouraging young girls and boys to dance…
“I’m not creating a fad. I don’t want people to pay attention to dance just because they read about this black ballerina. What I want is for people to realize how beautiful classical ballet is, how incredible it can be for a child. Art changes lives—I am proof of that.” 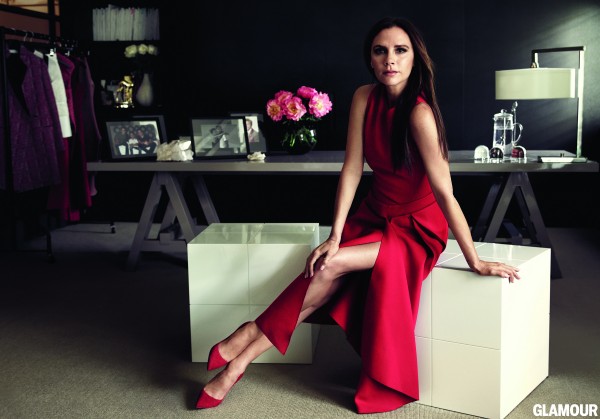 VICTORIA BECKHAM: THE FASHION FORCE
Victoria Beckham’s hard work and meticulous design have turned her first collection of 10 dresses into a fashion empire. The silhouettes of her collections are so classic and flattering that just about every celeb in Hollywood—from Oprah to Jennifer Lawrence—has a VB dress in her closet. The mother of four brings her work ethic to giving back too. As an international goodwill ambassador for UNAIDS, she has raised millions to benefit HIV and AIDS charities including amfAR, the Elton John AIDS Foundation, and Mothers 2 Mothers.

Victoria on teaching her children what she’s learned…
“Nothing ever came naturally to me. I was never the cleverest, never best at anything. But we always tell our children that if you work hard and believe in yourself, you can do what you want.”

Victoria on her mission…
“I did have to find myself and my confidence. And I want to make other women feel the best version of themselves. That’s the same message as the Spice Girls. It’s still Girl Power. “ 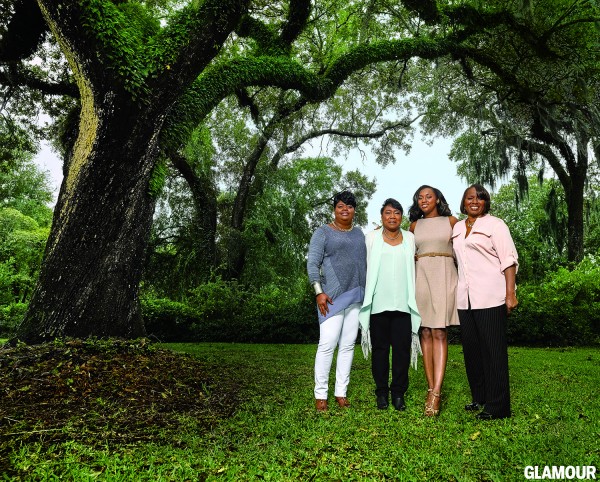 CHARLESTON STRONG: THE PEACEMAKERS
Even in a violent year, a year that brought an average of at least one mass shooting a day and saw protests flooding the streets over racial injustices, the massacre at Emanuel African Methodist Episcopal Church in Charleston, South Carolina, stunned the nation. But for Alana Simmons, 26, Nadine Collier, 47, Bethane Middleton-Brown, 45, Felicia Sanders, 58, and Polly Sheppard, 71, the shooting wasn’t just another headline. It was an act of hatred that took the lives of their loved ones and, for two of them, nearly their own. Today, these women are teaching the world by example the healing strength of peace and unity: from starting social media movements, to advocating for gun control, to asking how we can raise our children to better appreciate differences.

Felicia Sanders, a cosmetologist and an usher at the church on making a change…
“I can’t stop questioning, what could I have done differently to save more people? After the shooting it just came to me: You know what? My son probably said, ‘God, I’ll go with you, but I want you to make sure my mama’s strong and can get through this…. We can talk about [issues like race and violence] until we’re blue in the face. But if you make a change, I make a change, everybody makes a change, then change will come.”