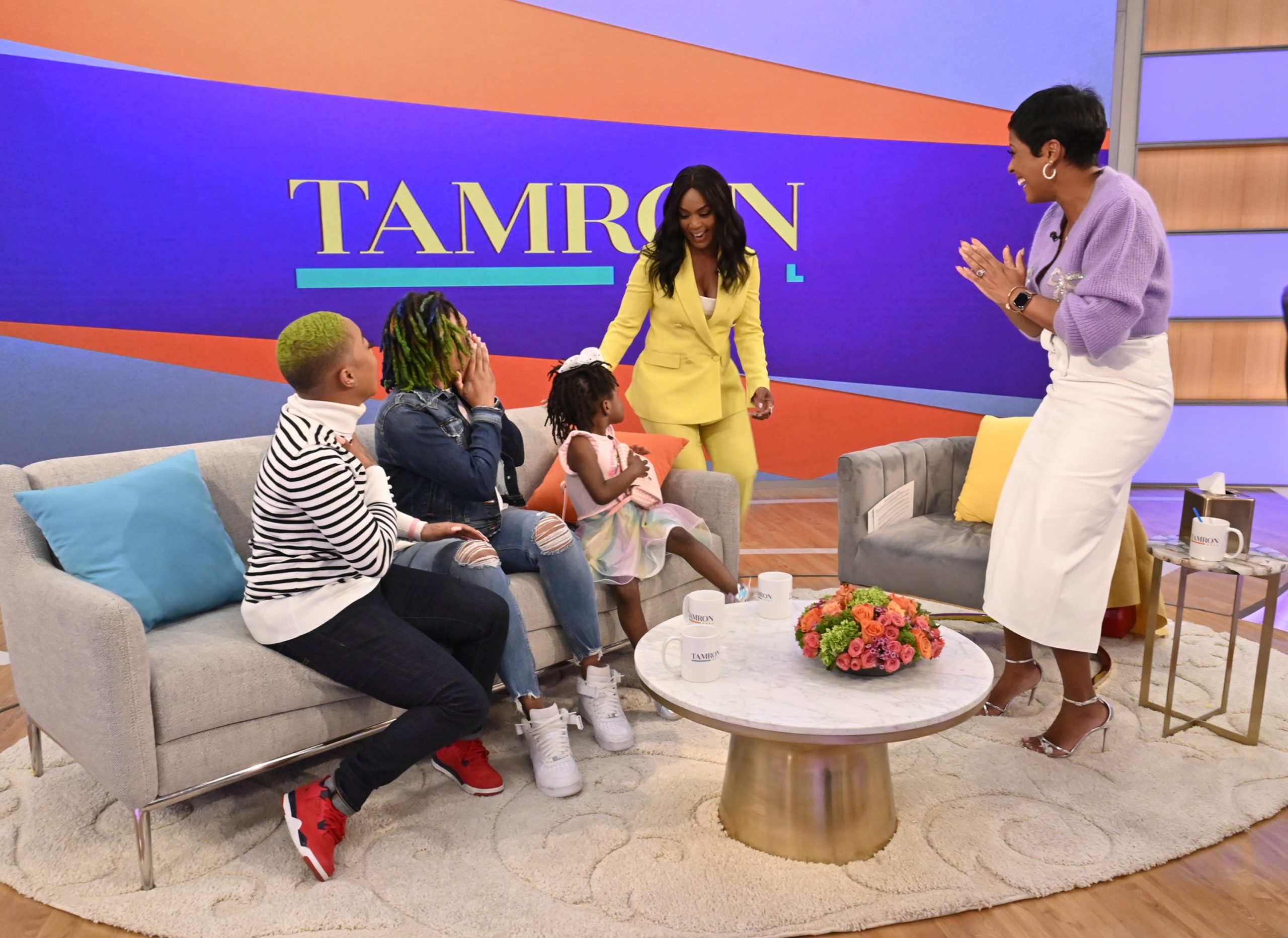 Atlanta-based rapper Shabria Redmond (aka Lil Wave Daddy) shared an Instagram video last week in which four-year-old Ariyonna Cotton looks at the camera while getting her hair done and says, “I’m so ugly.” In the heartwarming video, Shabria shares words of love and encouragement with Ariyonna. Tamron will sit down with the Shabria, Ariyonna and Ariyonna’s mother, Ashante Cotton, on today’s show. Check out more pictures inside… 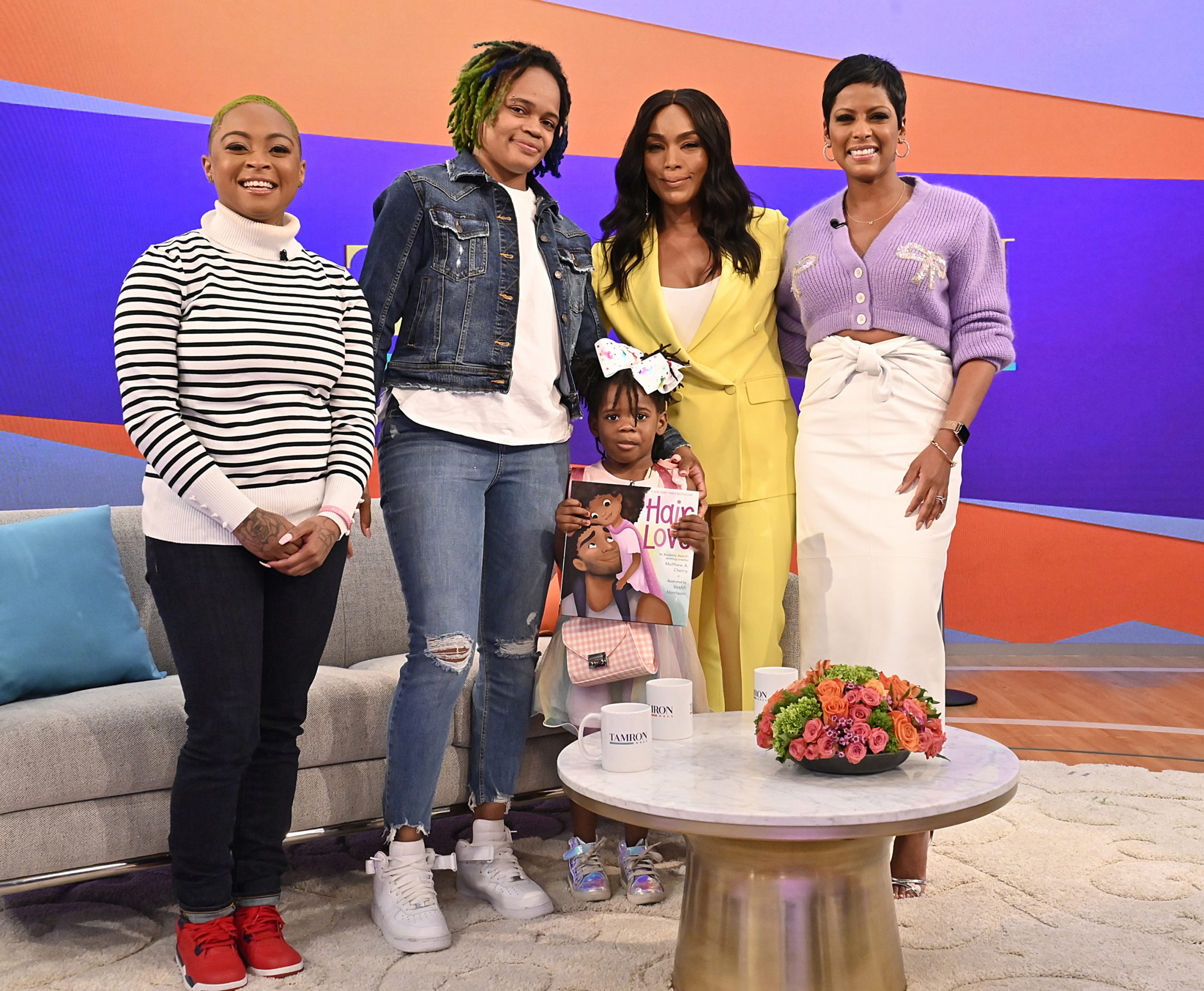 In today’s sit-down with Ariyonna, Shabria and Ashante, Tamron asks Ariyonna what she tells herself every day since this video was filmed. Ariyonna proudly answers, “Black and beautiful.”

Next, as a surprise for her guests, Tamron brings out actress Angela Bassett to give a special message to Shabria and Ashante. Bassett told the two women, “Thank you for the inspiration that – you know, you’re helping a little one, but you’re giving such inspiration and knowledge and grace to the world. You know, people say all kinds of things – sometimes people don’t know what to say and then they say the wrong thing. But the way that you’re speaking into her life, into her spirit with things – not only her outward beauty, but the beauty that is her character.”