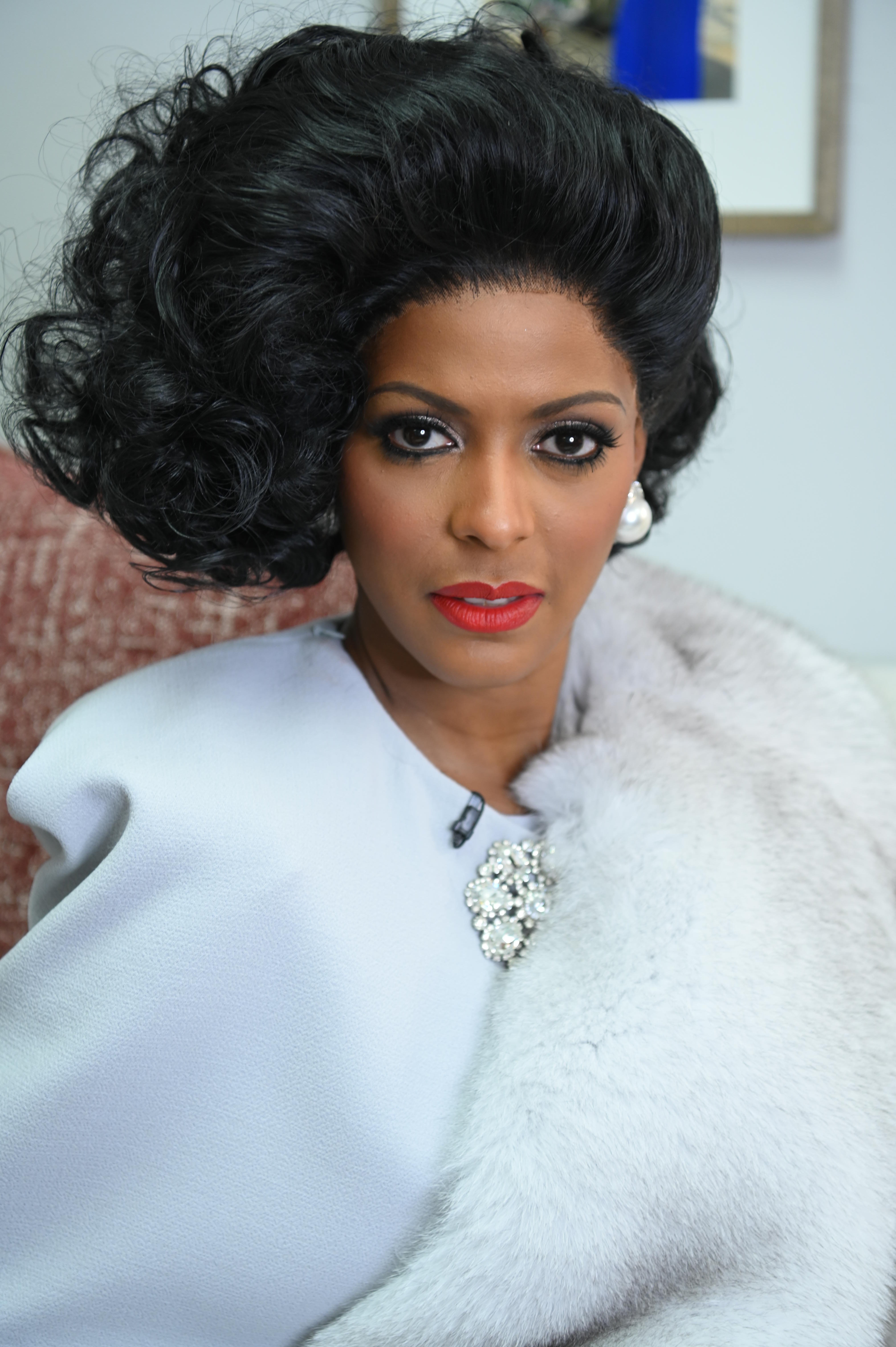 “Tamron Hall’s” first-ever HALL-o-ween show was LEGENDary, beginning with Tamron’s grand-entrance as an icon herself, “Dynasty’s” Dominique Deveraux (portrayed by the late, great Diahann Carroll). Tamron also sat down with music icon, Chaka Khan who shared details of her upcoming collaboration with Ariana Grande, and later welcomed celebrity impersonators who are easily mistaken for Cher, Dolly Parton and Beyonce.  Plus, a guest-appearance by some legendary kids, including Tamron’s son, Moses, who celebrated his first Halloween dressed as his namesake. 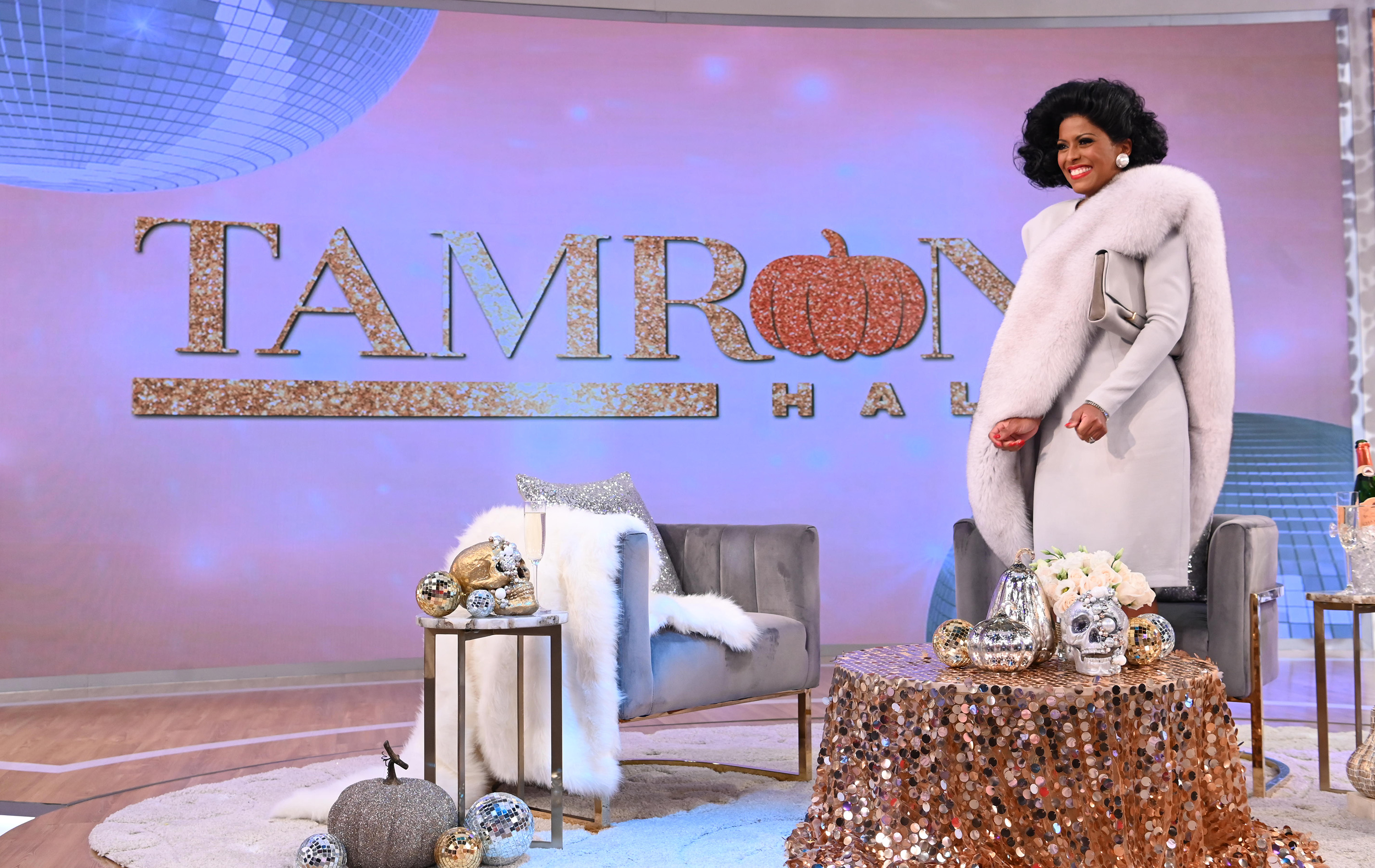 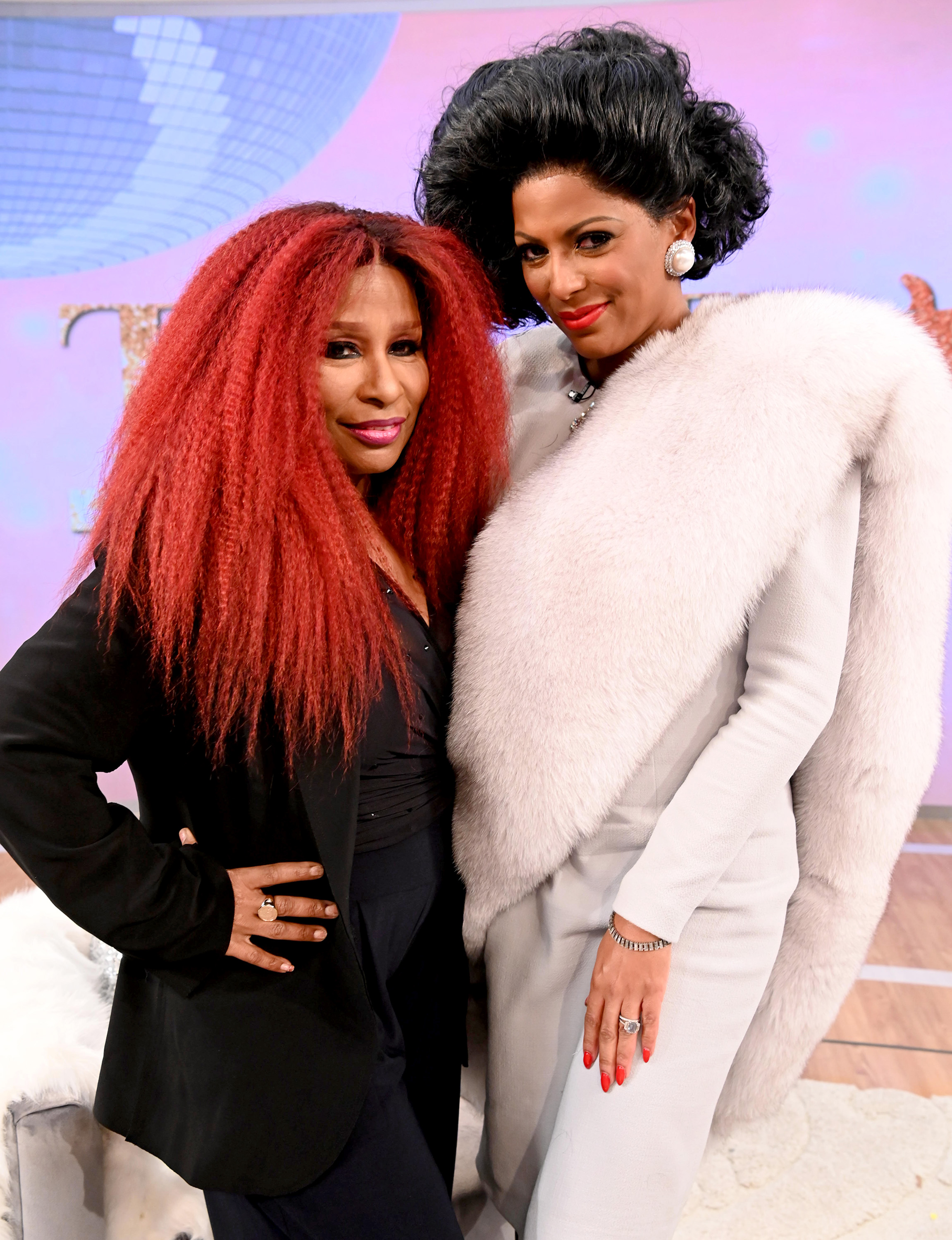 Tamron began the show by sitting down with Chaka Khan to discuss her music, fashion, and upcoming collaborations with Disney and Ariana Grande. Chaka revealed that she will be voicing a character in an upcoming Disney film in her first ever voiceover appearance. She also noted she’s working with Ariana Grande on a song in the upcoming Charlie’s Angels film. Tamron asked Chaka about her iconic song “I’m Every Woman.” Chaka revealed that she was initially hesitant to perform the song, noting, “I’m not every woman. I took it literally. It wasn’t until a few years ago that I realized ‘oh it’s not about me, it’s about us.’”

On becoming a great grandmother, Chaka remarked that she was incredibly happy adding that “women are the glue of the whole family unit.” She also shared an early memory of her great grandmother reading a poem that Chaka had written and telling her that she was destined for greatness. When Tamron asked whether she agreed with her great grandmother at the time, Chaka replied, “I knew there was something in me that I couldn’t identify at that time that said ‘oh no I kind of know what road to take.’”

Tamron continued by asking Chaka about her iconic looks throughout the years both in fashion and in beauty. Shaka noted that despite butting heads with her mom when she was growing up, her mom helped her create many of her costumes throughout the years. She also told Tamron that it wasn’t until recently that she started caring about beauty or hair saying, “I just am what I am. I can’t help it.”

Following her interview with Chaka, Tamron had the country’s best Dolly Parton, Cher, and Beyonce impersonators join her to talk about paying homage to their favorite artists and how they are able to fully transform themselves. Jason CoZmo, who impersonates Dolly Parton in his own show in Salt Lake City, UT, noted that it takes him over three hours to get into the hair, makeup, and costume. He also shared “I never feel like I’m making fun of [the artists]. It’s all out of love.” Miss Shalae, a Beyonce impersonator who received a shout-out on one of Beyonce’s albums and during her Coachella performance, taught Tamron some of her signature moves.

Tamron also welcomed a parade of “mini-legends” featuring children dresses as Tina Turner, Madonna, Mohammed Ali, JLo, Whoopi Goldberg, and Elvis. She ended the show with a costume change, dressed as The Pharaoh’s Daughter to bring out her son, Moses who was dressed as Moses himself. 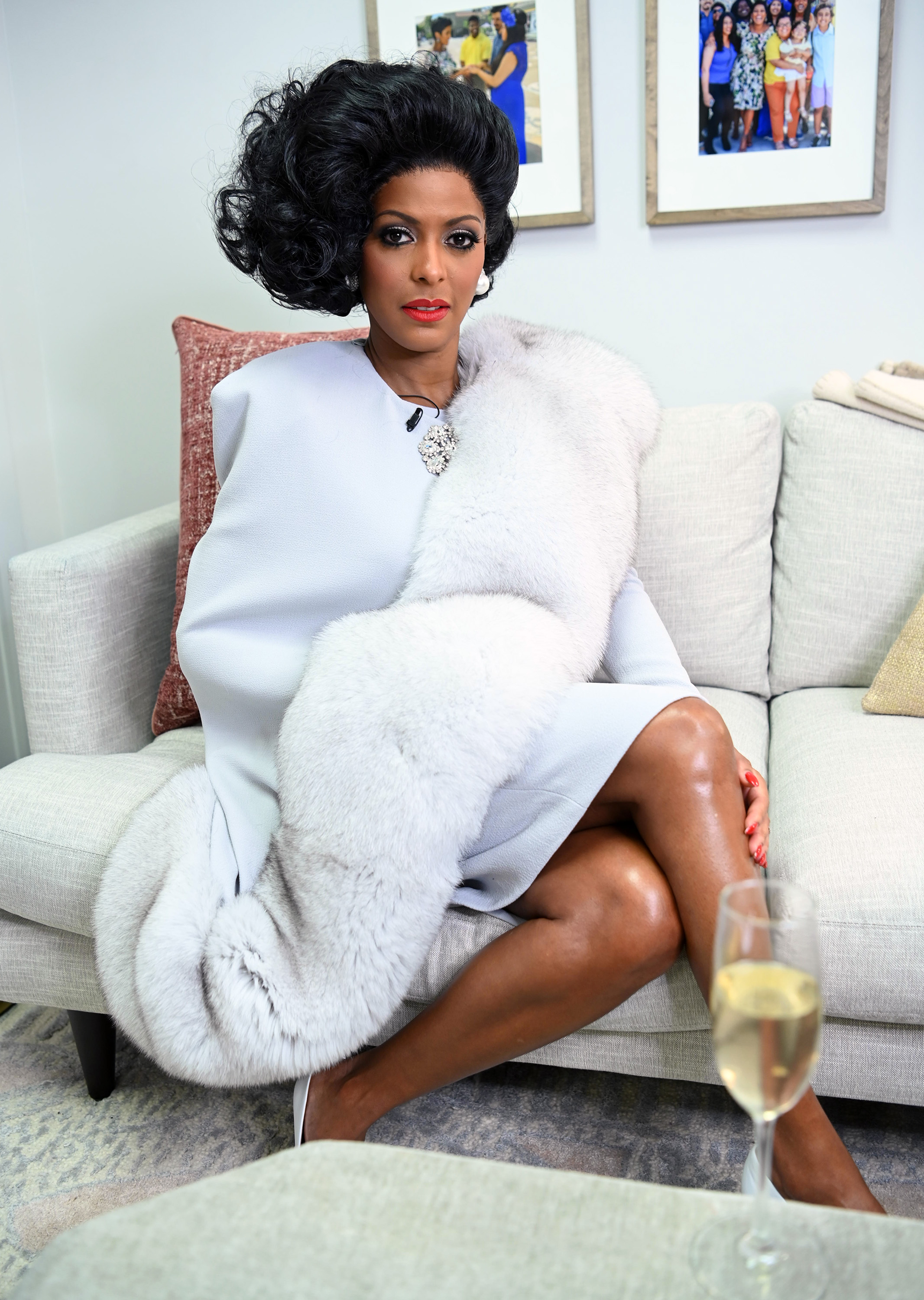 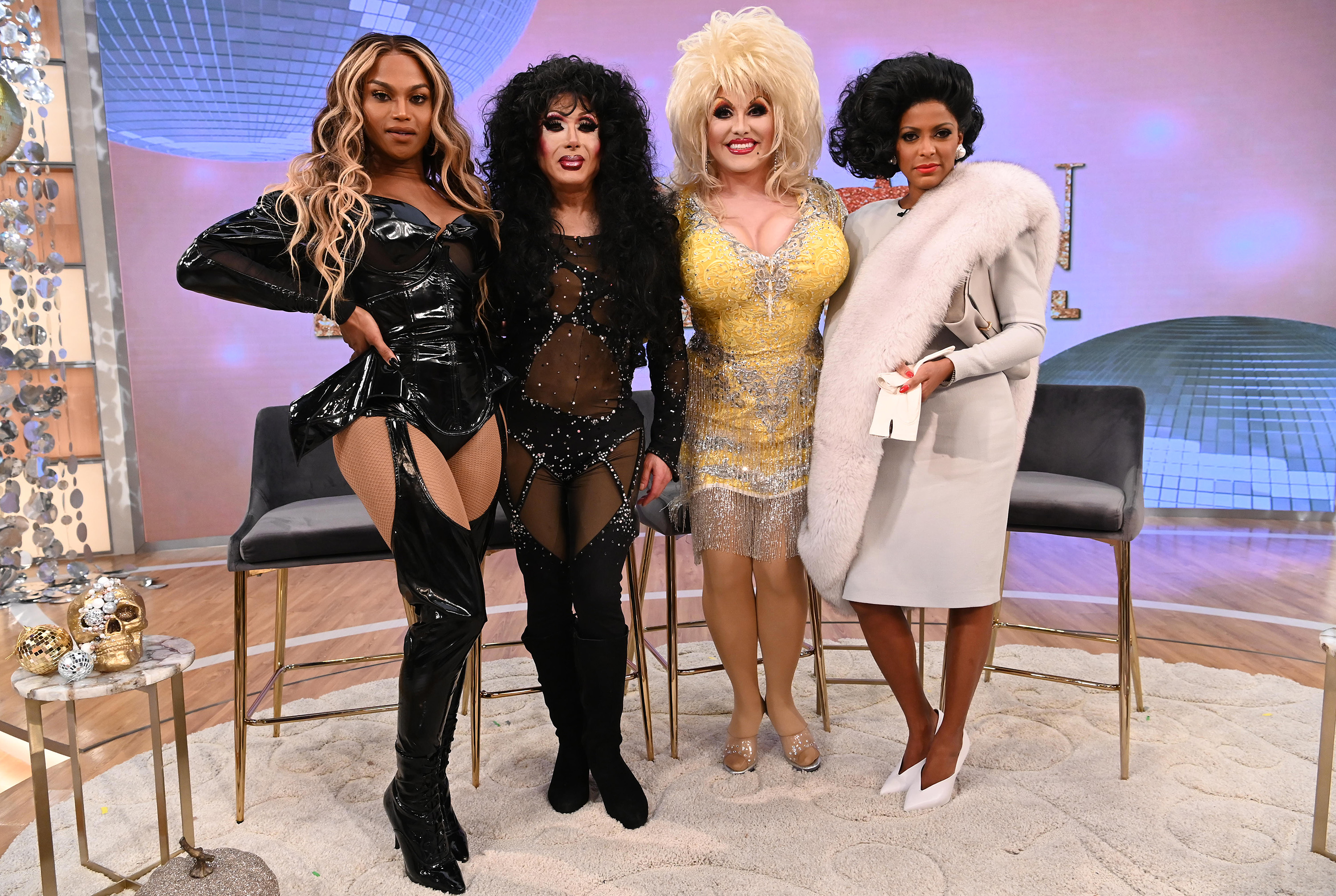 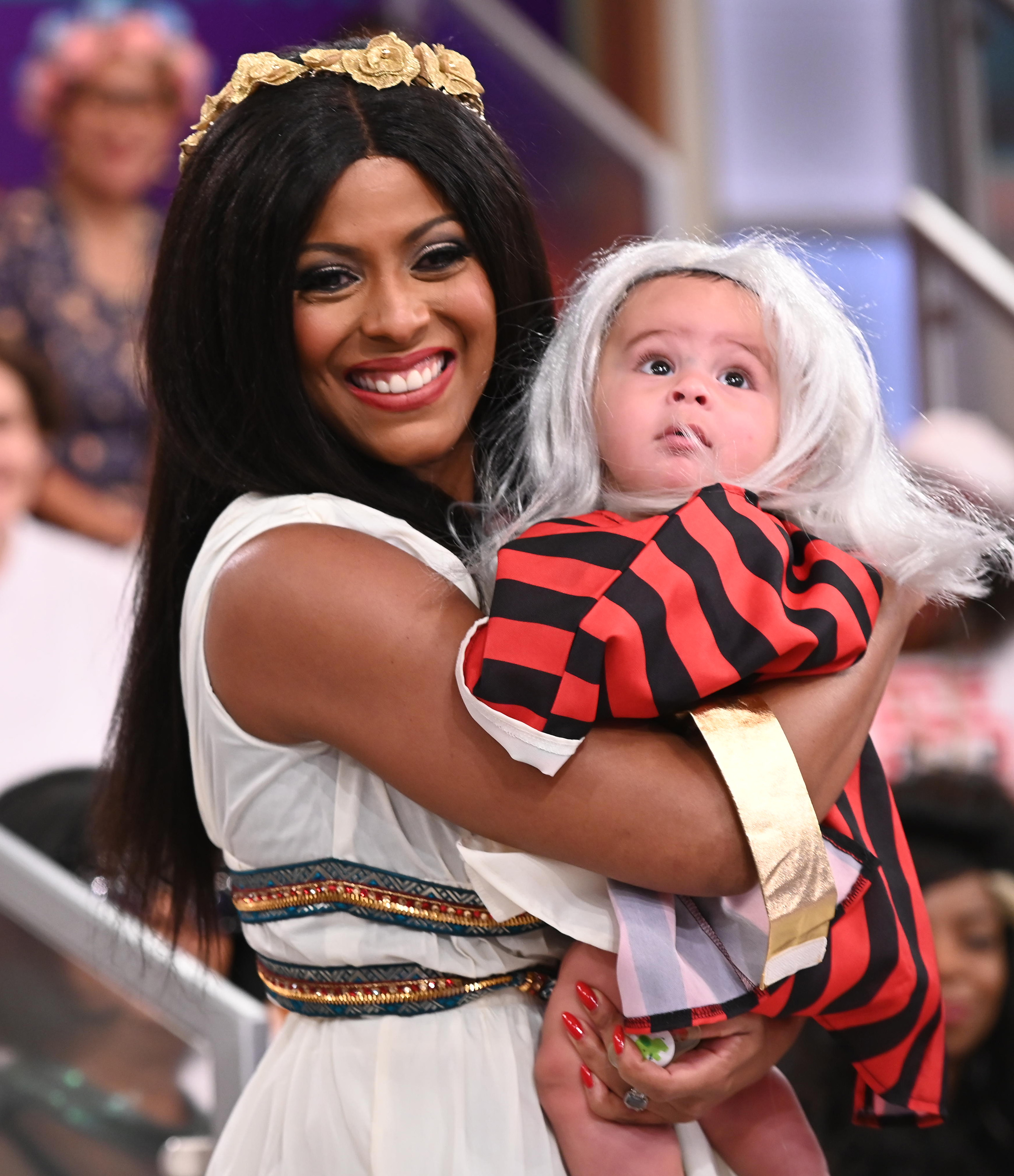