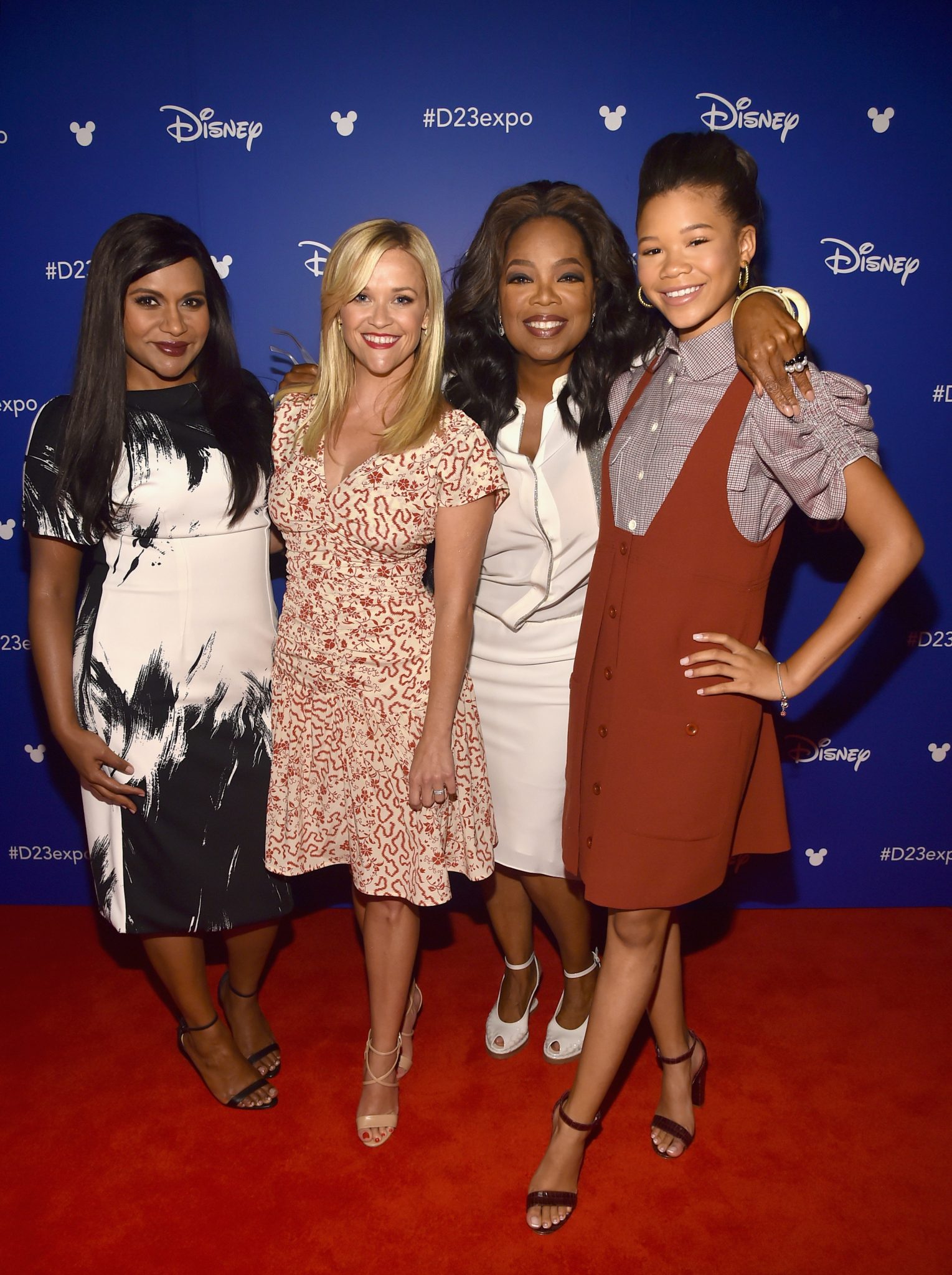 On Saturday, July 15, 2017 at Disney’s D23 Expo in Anaheim, Ca Sean Bailey welcomed A WRINKLE IN TIME cast members Oprah Winfrey, Reese Witherspoon, Mindy Kaling and Chris Pine along with newcomer Storm Reid and visionary director Ava DuVernay to the D23 stage, where they thrilled fans with a first look at the film’s teaser trailer and teaser poster. The film, which is an epic adventure based on Madeleine L’Engle’s timeless classic, takes audiences across dimensions of time and space, examining the nature of darkness versus light and ultimately, the triumph of love. Check out more images inside…. 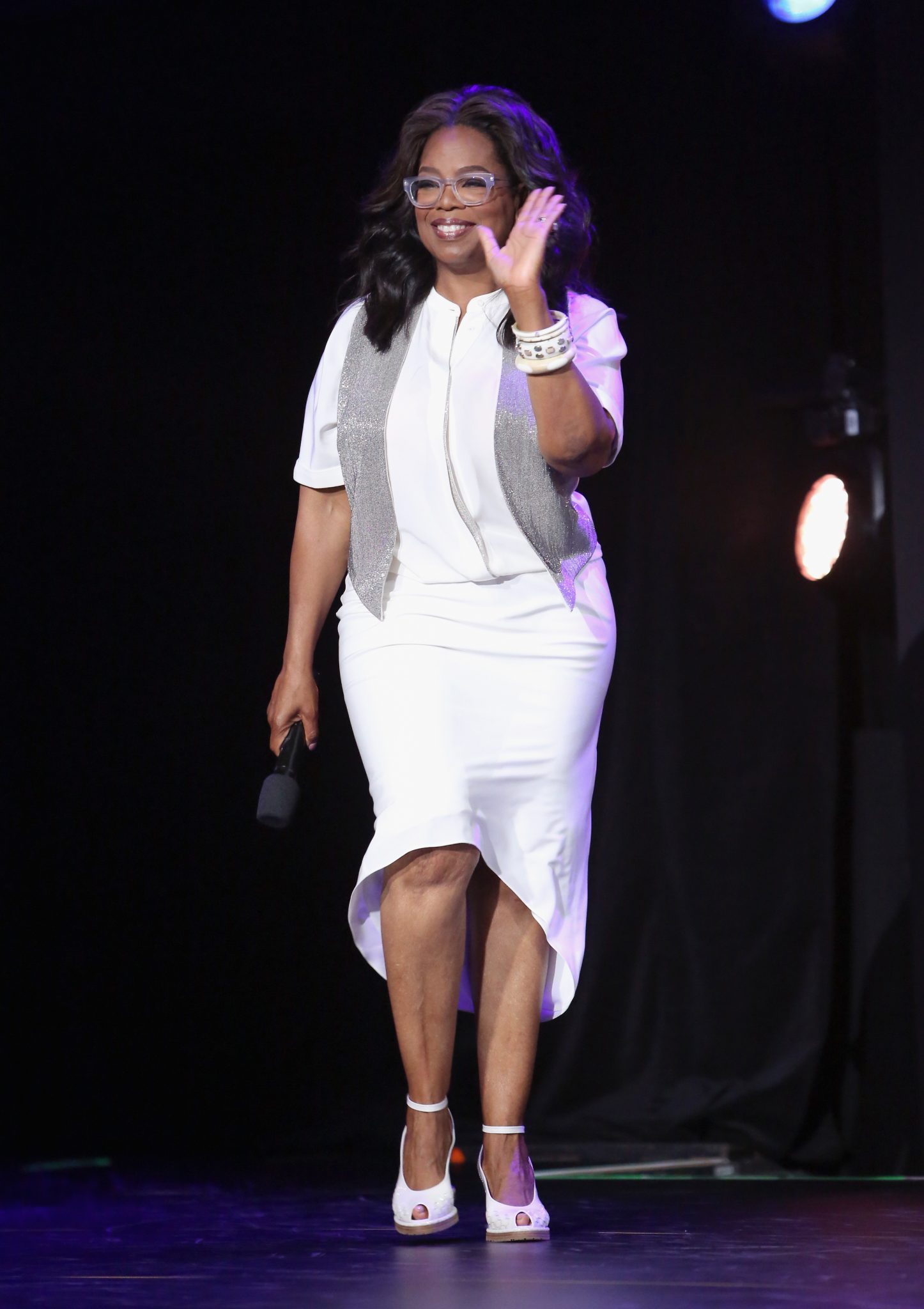 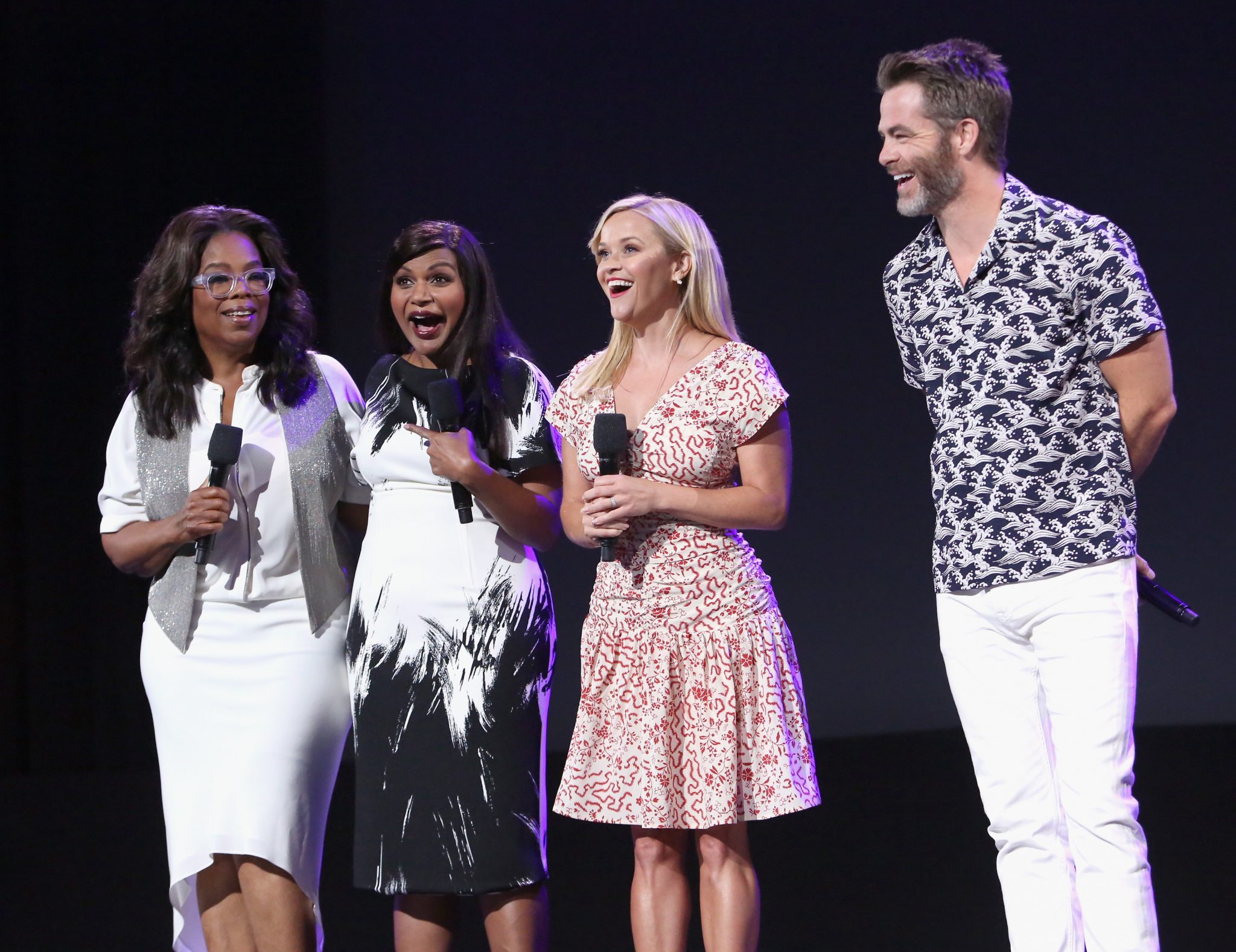 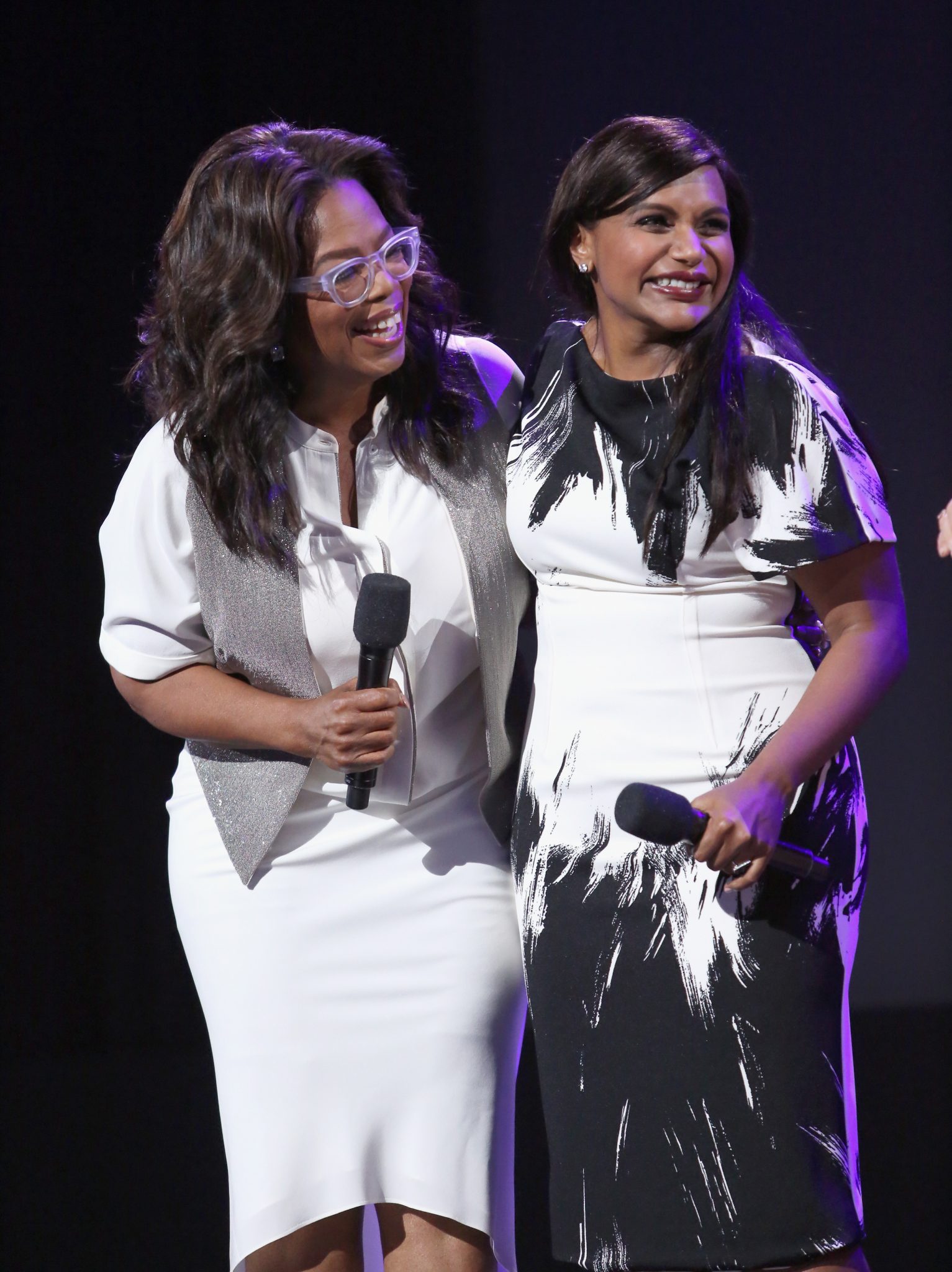 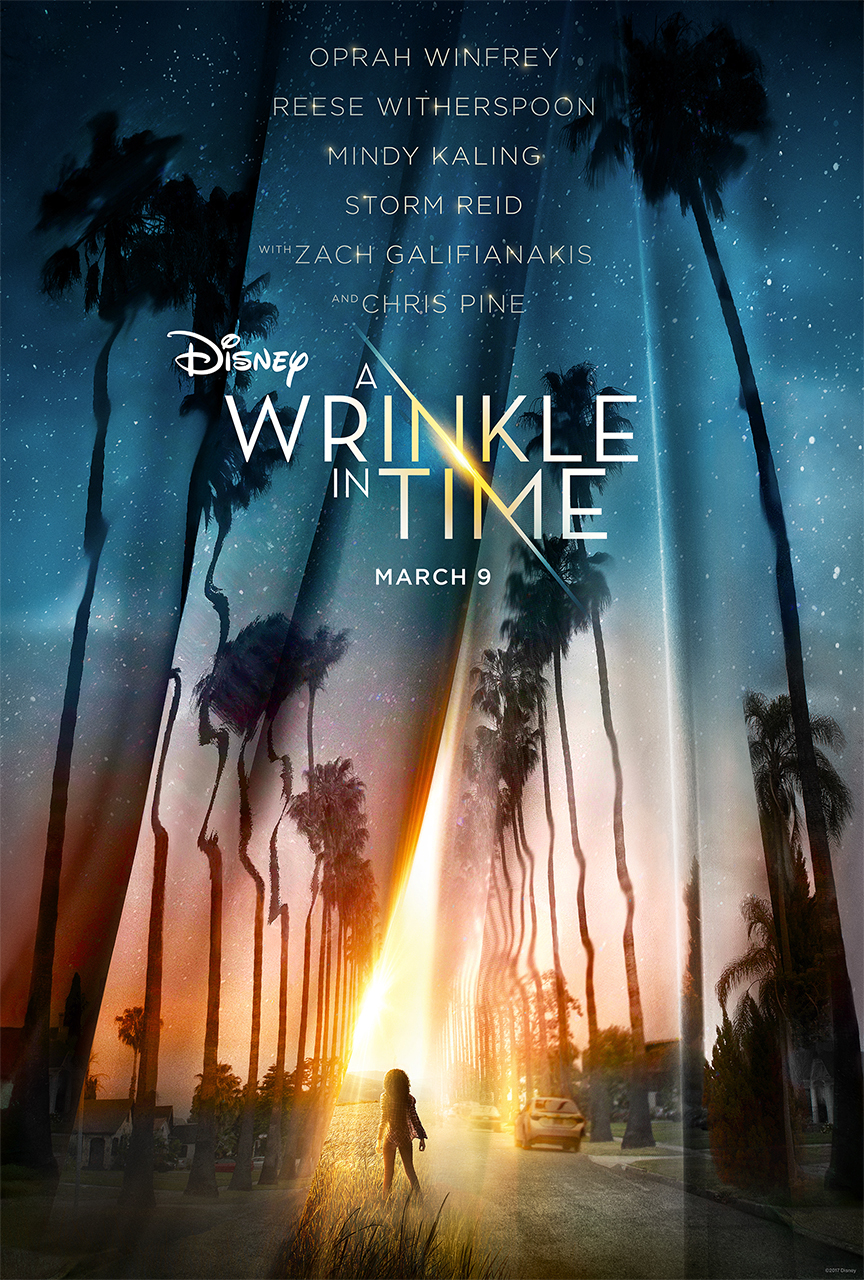 Directed by Ava DuVernay from a screenplay by Jennifer Lee based upon the beloved novel by Madeleine L’Engle, A WRINKLE IN TIME is produced by Jim Whitaker and Catherine Hand with Doug Merrifield serving as executive producer. The film also stars: Gugu Mbatha-Raw, Michael Peña, Levi Miller, Deric McCabe, André Holland and Rowan Blanchard, with Zach Galifianakis.

Meg Murry (Storm Reid) is a typical middle school student struggling with issues of self-worth who is desperate to fit in. As the daughter of two world-renowned physicists, she is intelligent and uniquely gifted, as is Meg’s younger brother Charles Wallace (Deric McCabe), but she has yet to realize it for herself. Making matters even worse is the baffling disappearance of Mr. Murry (Chris Pine), which torments Meg and has left her mother (Gugu Mbatha-Raw) heartbroken. Charles Wallace introduces Meg and her fellow classmate Calvin (Levi Miller) to three celestial guides—Mrs. Which (Oprah Winfrey), Mrs. Whatsit (Reese Witherspoon) and Mrs. Who (Mindy Kaling)—who have journeyed to Earth to help search for their father, and together they set off on their formidable quest. Traveling via a wrinkling of time and space known as tessering, they are soon transported to worlds beyond their imagination where they must confront a powerful evil. To make it back home to Earth, Meg must look deep within herself and embrace her flaws to harness the strength necessary to defeat the darkness closing in on them.