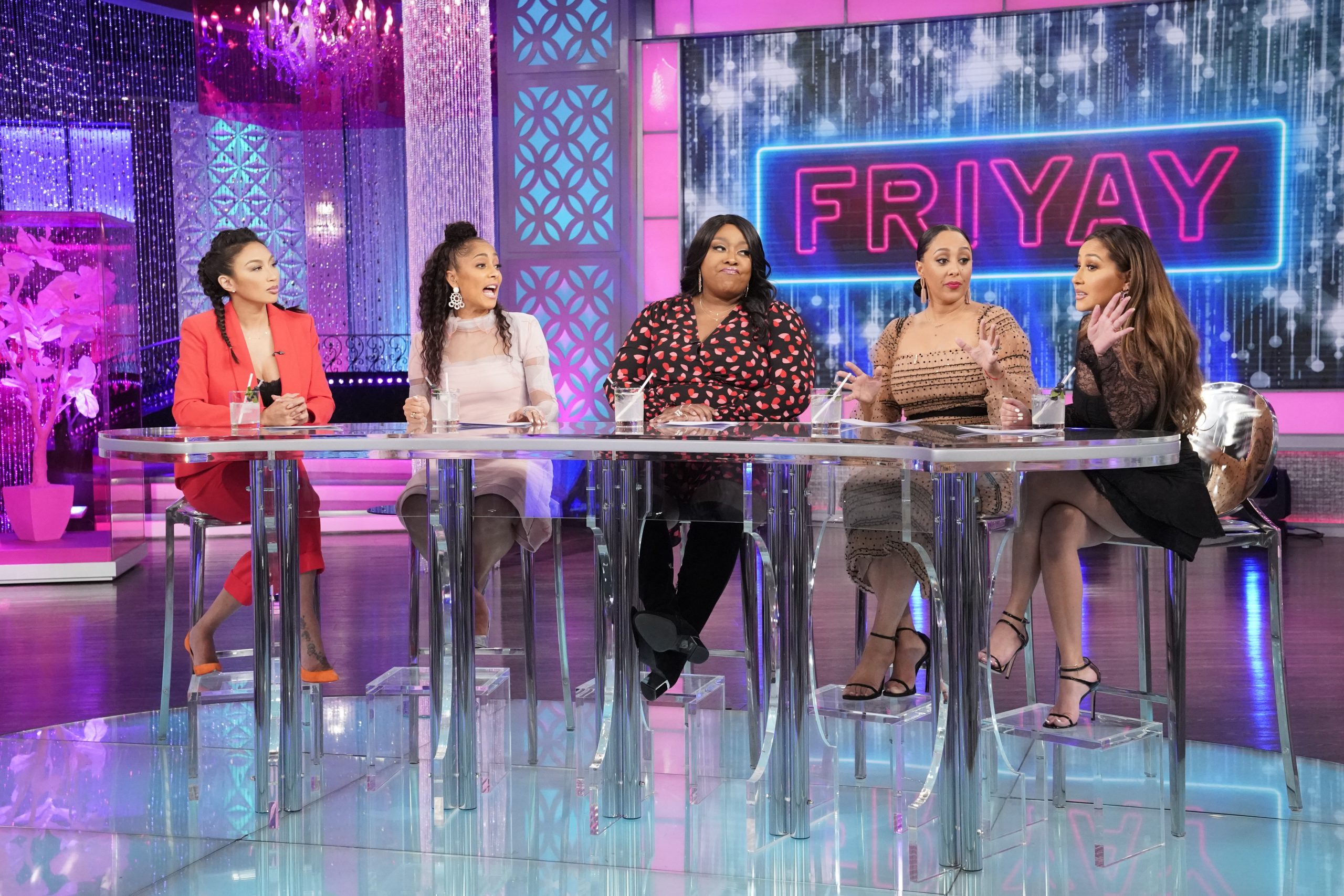 On Friday, Feb. 14, the hosts of The Real celebrate Fri-Yay with a special Valentine’s Day themed show!

The ladies discuss Real Housewives of Atlanta’s Cynthia Bailey recent comment about her fiancé Mike Hill’s cheating past and how she must accept the chance of him possibly doing it again in the future. Co-host Adrienne Houghton feels that, from her own experience, cheaters can change, and co-host Loni Love, who knows Mike, thinks that he has most likely learned a lesson from his past mistakes.

And with face tattoos being a current trend with celebrities, the ladies talk about their own body art experiences. Co-host Amanda Seales voices her regret about getting a “tramp stamp” at the age of 18 and co-host Tamera Mowry-Housley imagines what the conversation would be with her son Aden if he ever came home with a tattoo.

Later, The Photograph’s LaKeith Stanfield and Lil’ Rel Howery stop by and discuss co-starring in their second film together, Rel’s experience dating on the Bumble app and the most romantic gesture LaKeith  made for a woman. More pics and video clip inside… 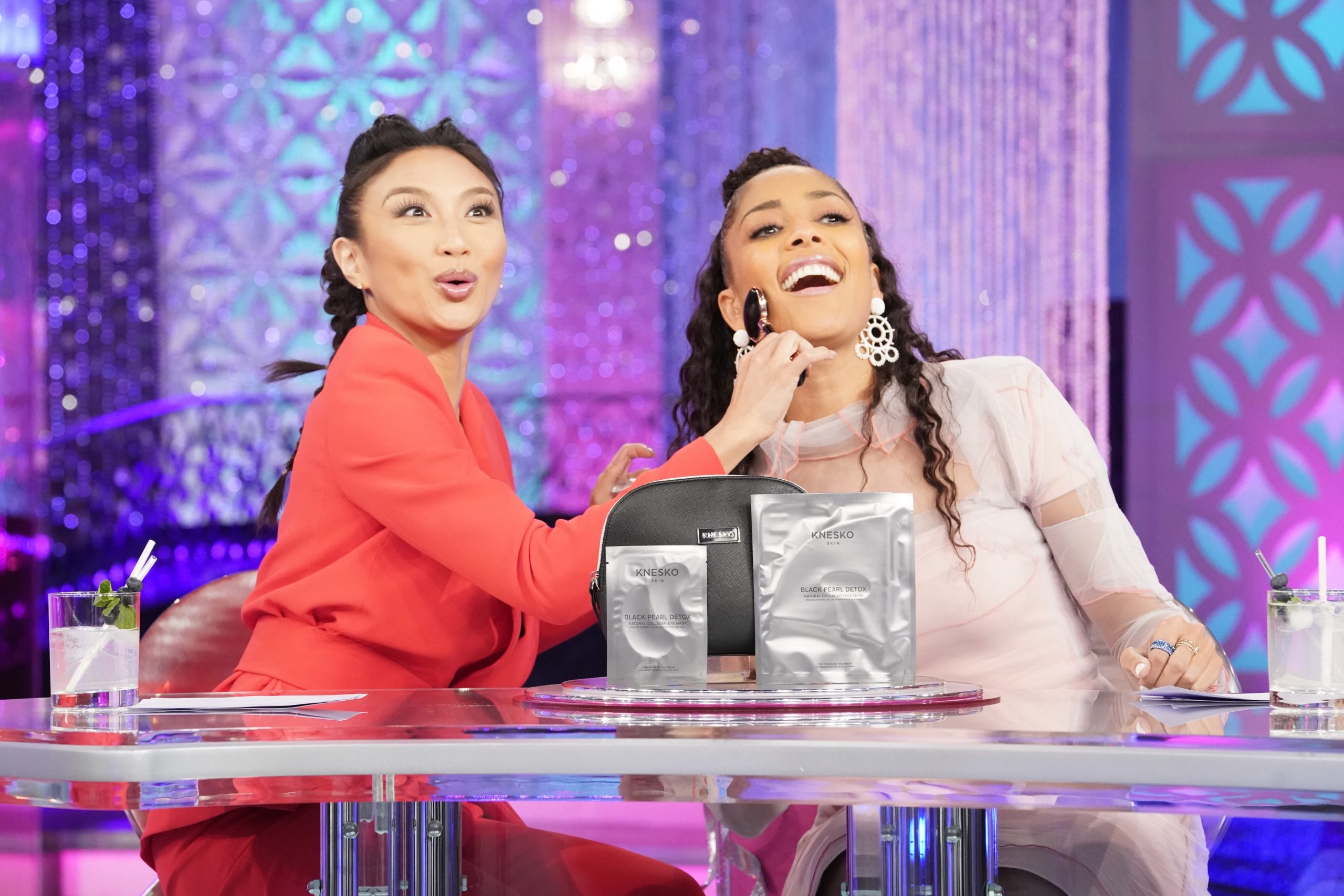 Can a Cheater Change? The Ladies Discuss RHOA’s Cynthia Bailey’s Comment on Fiancé Mike Hill’s Past

Adrienne: And I can only speak for myself. I have said before that I have absolutely cheated in a past relationship with my first boyfriend, um… who I was with for like ten years, so… It was- my first boyfriend wasn’t when I was three. I was already in my twenties. I knew what I was doing. I was aware of the decision I was making. And that’s how I view it. Every day you chose to make decisions and you can also choose not to make those same decisions again.

Jeannie Mai: So, you’re saying a cheater can change his stripes.

Adrienne: I absolutely think a cheater can change because I believe that I have changed. I’ve changed so much! Even if you watch from the first season of The Real to now, I’ve changed who I am as a person and I have the right to evolve.

Tamera Mowry-Housley: Wait. Can I ask you a question, though?

Tamera: How many times have you cheated in a relationship?

Adrienne: In that relationship, I was reckless!

Amanda Seales: You was wild.

Adrienne: I was reckless.

Tamera: So you cheated- but, have you ever cheated…

Adrienne: Yes, because I was with the same guy from fifteen to twenty five.

Tamera: Okay, but this is what I’m saying… there’s a difference between…

Adrienne: Wanted to see what was out there, people!

Tamera: There’s a difference between someone cheating and someone making it a lifestyle out of cheating. You see what I’m saying?

Adrienne: Yes, I do recognize that, as well.

Jeannie Mai: And then I have to add in that there are some people that can’t help but cheat. I’m not excusing it, but some people are sexaholics.

Jeannie: Yeah. Some people have…

Adrienne: Okay, then you have the right to go get help to fix yourself. But. I’m saying it’s still a decision you make.

Amanda & Tamera: And show it!

Amanda: The action. You can’t just be like, “I ain’t a cheater no more.”

Loni Love: And he did. He did.

Amanda: Okay, so he…

Loni: For him. Yeah.

Adrienne: He says that he met her at the right time, right?

Loni: Yeah. He’s- he’s writ- I know Mike Hill. Very nice man. He has written a memoir. And in the memoir he’s explaining how he grew and what- and the mistakes he made with the cheating and things like that. And the thing is, I think you know, you can change especially as you get older. Some men, they’re unhappy. He married when he was young and then he tried again. You know he keeps trying and he thinks he can get it right. And I think this time he believes he’s got it right. And I just hope the best for him.