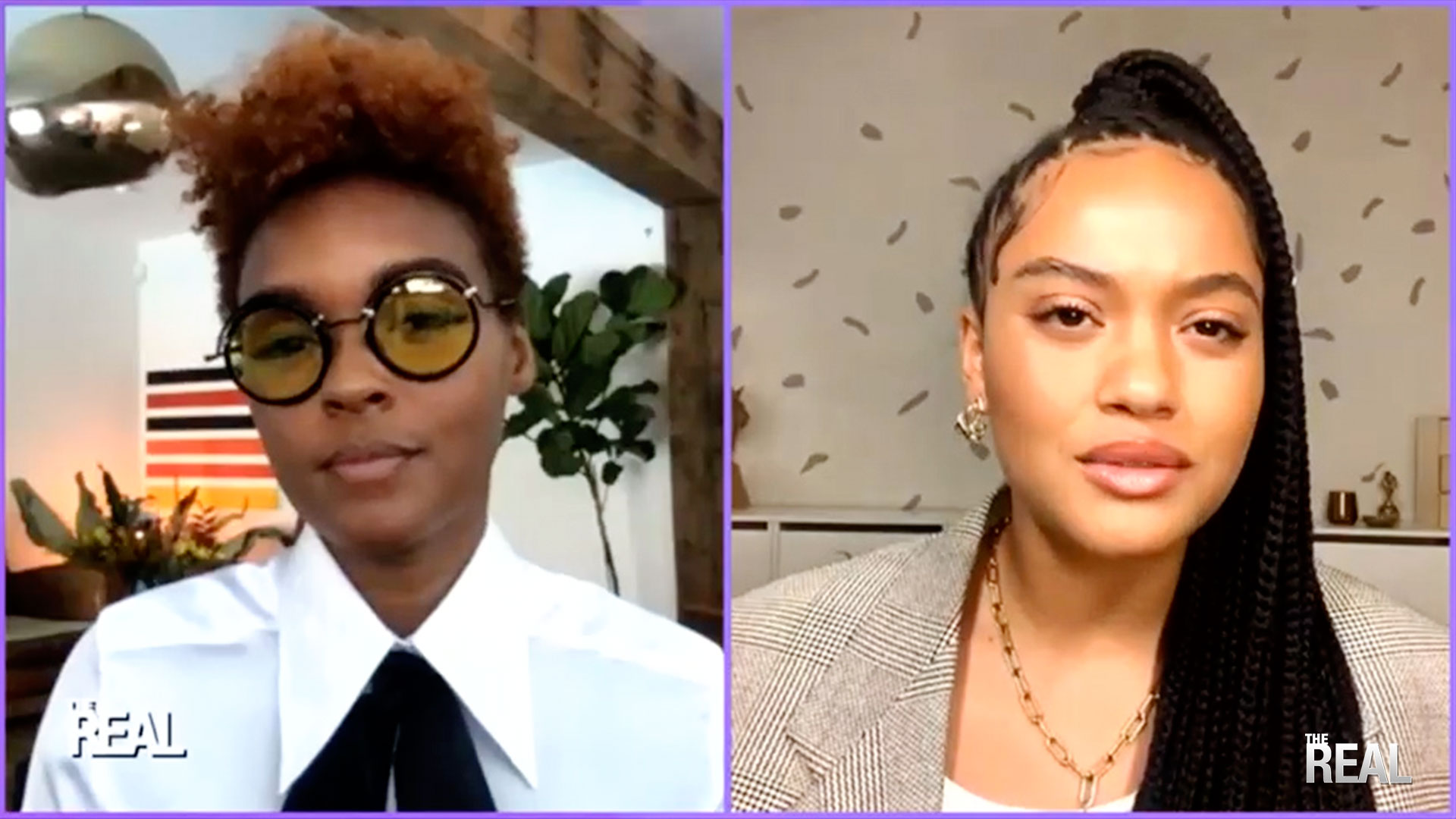 On Friday, Sept. 25, the hosts of The Real discuss whether teachers should be prohibited from displaying personal items that reflect their political beliefs, sexual identity, and other personal items on their desks or classrooms during the school year. Co-host Adrienne Houghton explains how she supports this ban and why she does not plan to have her future children attend traditional school. Check out more pics and video clip inside… 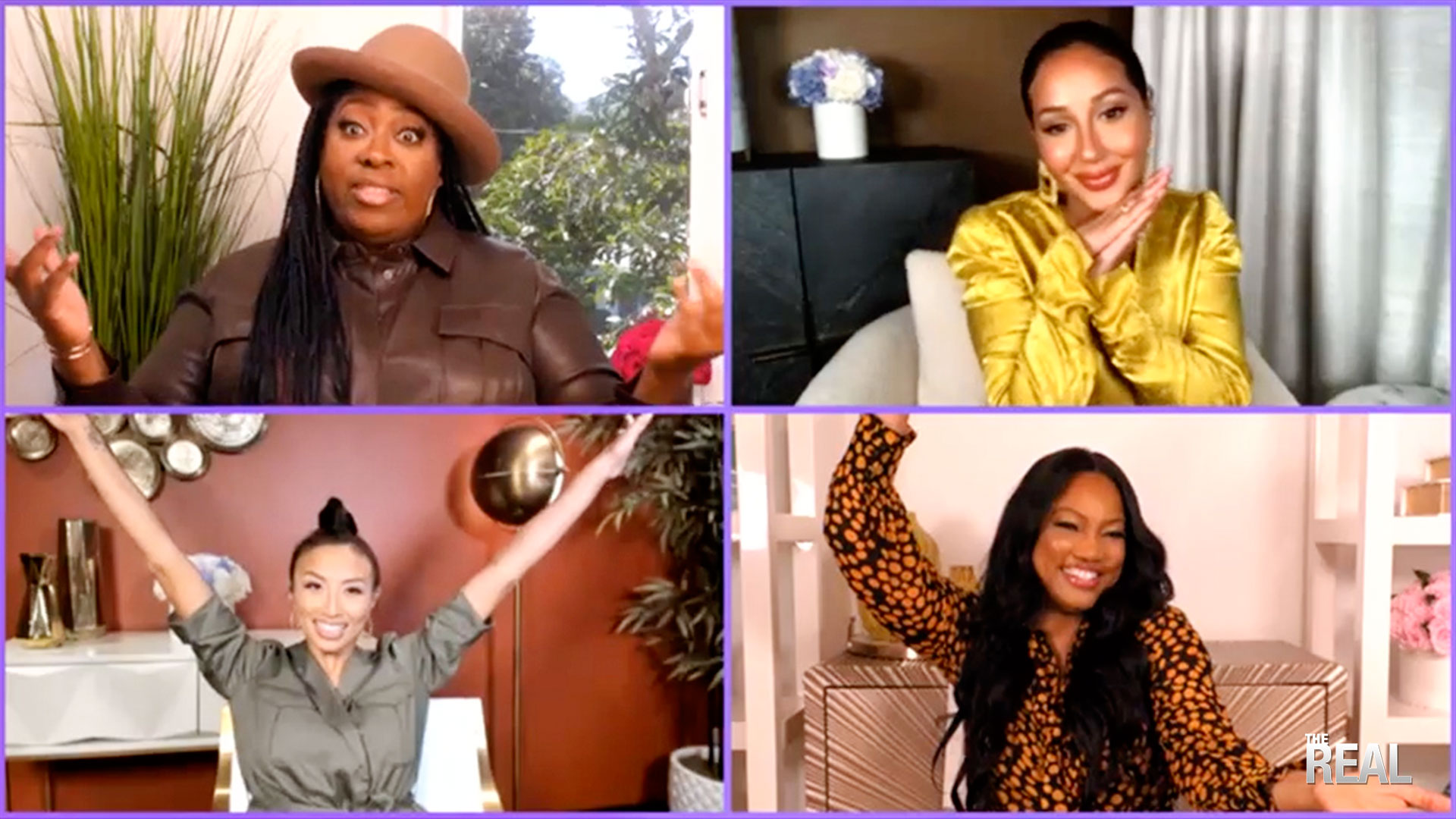 Then, the co-hosts welcome D-Nice as a guest DJ and discuss with him how his career exploded during the COVID-19 quarantine, that he currently is crushing on someone who is NOT Halle Berry, and the most outrageous message that a fan once slid into his DMs!

And Janelle Monaé and Kieresey Clemons join the ladies to talk about their new film Antebellum, the fears they had taking on their difficult roles, and if they ever plan to collaborate musically together.

Adrienne Houghton: I personally wouldn’t have my children involved in traditional schooling because, you know, I actually believe teachers naturally are going to be bias to, like you said, whatever their belief system is, to however they were raised and what they believe to be true. And I wouldn’t want that to be an influence on my child, personally. Like when I was growing up in school I learned that Christopher Columbus was the greatest person because that’s what my textbook told me and what my teacher told me. Obviously, we know that now to be completely incorrect. And that’s why I just don’t believe in traditional schooling. That’s just me.

Jeannie Mai: I hear you.

Garcelle Beauvais: So, you would want your kids to be in a school where the teacher does not share anything personal, Adrienne. Is that how you’re feeling?

Adrienne: I would wanna homeschool.

Adrienne: I love the idea of homeschooling or having a traditional setting…

Garcelle: Girl listen, you’ll do it for a week, then be like, “Get these kids outta here.” (Laughs)

Adrienne: I probably wouldn’t be doing the homeschooling. My sister does it with my nieces. So, I’d have her do it.

Adrienne: But they also have this amazing situation now where you get multiple…

Adrienne: “Come get me! I surrender!” But, I love the idea of raising children together. You actually get multiple families together who choose to school their children together under a curriculum they all agree upon. Like, I would love for my children to learn about African history that doesn’t start with colonialism- or learn starting at slavery. Like, there’s certain things that I would want my children to learn that isn’t in our current school systems… Yeah, I don’t want them celebrating Christopher Columbus Day. But that’s just me…. So, I think that it’s very difficult to decide this because naturally- we naturally as human beings- even me being on this show, I’m sharing my personal opinion. If your child is spending eight hours a day with this teacher, naturally this person’s values and bias will absolutely be influential on your children’s lives.