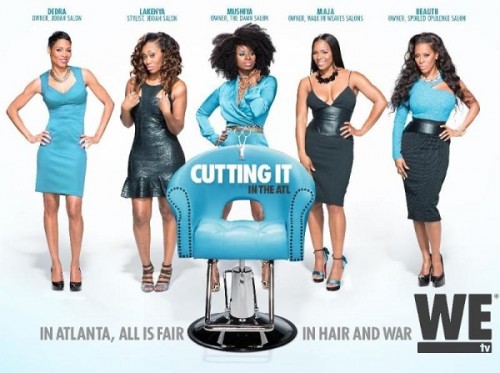 I found out recently that there was ANOTHER reality show coming and it was filmed here in Atlanta and I just started shaking my head! We are known here as the “reality show capitol” and its kinda sad! I am part of the blame for promoting some of them too but its part of my job and it paid the bills…atleast for a lil bit lol. Now they have a new show coming called, Cutting It In The ATL produced by the good folks over at WE tv. Do any of you have that cable station? I don’t have it out here in the boonies but I was chatting with my friends in the media business and they said they don’t watch the channel. With so many other things going on in the world with the shootings of all the young black men, Isis, bills, kids out of hand, social media controversy and more, I think people are starting to take a shift towards what they watch. You want to know why? Come inside to see what I think!

TWT TEA: Most of my friends work in the entertainment industry and we talk daily or send texts when we see something funny or newsworthy. Be it photographers, tv producers, film makers, hairstylists, makeup artist etc we all are in a huge circle. We stay connected and keep each other informed.

One thing that I’ve noticed is my own decline in traffic coming to my site to read about reality stars. Thats a dead giveaway right there! Usually when I blog about what’s going on with reality stars, give you guys the tea or new shows coming out, it was my highest traffic post but NOT anymore. I think people have figured out how fake, phony and scripted these shows really are and that most of the time, reality shows are really not that “real”.

Secondly, I have a lot of professional photographer friends who shoot for wire image services in different cities and they always tell me who pictures sale the most and who don’t. Hardly anyone buys reality stars images just so you know. As far as top sellers so far it’s Kim Kardashian, Kenya Moore, Cynthia Bailey occasionally NeNe Leakes and believe it or not Joseline Hernandez sales pics, other than that, NOONE is interested in buying any of their photos! That’s another sign that reality shows are on the decline!

Oh and you didn’t hear this from me but I was up in NYC recently for Fashion Week. Most of the reality stars were not permitted to sit front row. A lil bird told me that Porsha Williams (who was recently demoted on Atlanta Housewives) tried to sit front row at one of the huge shows and they kindly declined her request! I went to a lot of shows and nope, didn’t see too many of them sitting there.

Do you want to know what I think is going on? I think that we as a society are OVER the mean girls thing and just sick and tired of all the cattiness, fussing and fighting. It was a fun ride, watching it all unfold with reality stars like NeNe Leakes reading and getting folks together, bullying and pulling on weaves but now, folks want to get back to the real good stuff…hence all the new tv shows that just launched like Empire, Scandal and more! Really well-written dramas on regular television networks! But what I am really concerned about is this though. What in the hell will the reality stars do after all their shows are canceled and their money runs out? Doing reality tv is kinda like the lowest reality stars can go as far as a job, so after that has sizzled out, what in the heck will they do? The club promoters won’t want to book them either to host parties but I did forget, there is alway the gold ol chitlin circuit with those plays! Geesh! Chile, its going to be really interesting to watch this all unfold and I will be there to report on it as usual. Till next time! xoxo 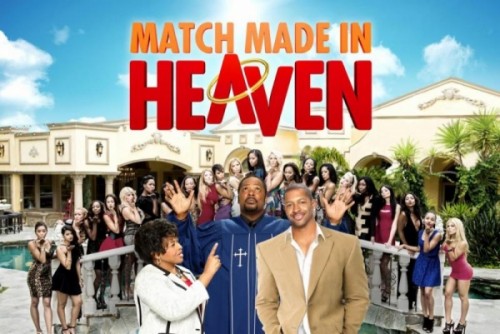 What’s his name again? Who’s watching this new bachelor show on WE Tv Match Made In Heaven?

Did you know Vh1’s Hollywood Exes was cancelled? Me either!