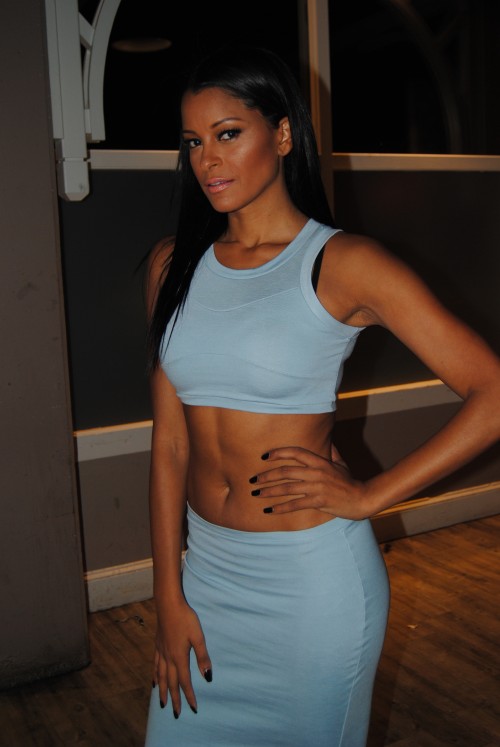 Well, well, well! Radio personalities Rickey Smiley & Claudia Jordan both put out on their social media platforms that basically what I said on my post here was basically a lie. Ok folks, here is the thing, I do not write about gossip too much on my blog and I really care less about the whole situation but now and then I will give you the tea because its part of the site and you guys seem to like it but if I tell you something that is going on and especially here in Atlanta, trust me, its pretty much true! These two may not be beefing at the present time but TRUST and believe something went down at that radio show and here is how I know this story to be somewhat true that I posted…. 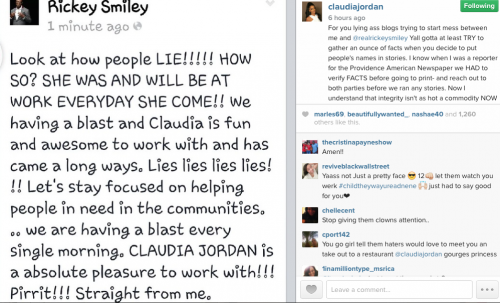 TWT TEA: I found out the beef between these two last week while at a press dinner and the source that told me the information worked at the radio station with both of them, so bloop! I have NO reason to lie and EVERY single story that I have posted about some celebrity were true, so Claudia yes you may have been a news reporter and good for you! I’m not trying to be a “news reporter”, I’m a blogger its a huge difference lol. I just gave the entertainment gossip, like everyone else does.

Thats great that you did all your fact checking before you printed your stories, slow claps…..but this is a “blog” where I have an open forum to put up my own opinion on things and just like the National Enquire, TMZ and other gossip tabloids, IF there is any truth to a story that is presented to me, then I can run with it!  So whoever you had working with you guys at that radio station, you need to really do some “fact checking” on them because this person told me to my face, this to be true! Plus there were three other people around us that heard the same story. Why even RESPOND if it was NO truth to the story? A hit dog will holler!

The entertainment and music business can be very cut throat, catty and brutal, EVERYONE has ulterior motives, you can not trust anyone!  I have no reason to lie on Claudia or Rickey trust me, I have better things to do. Heck WE all know that Rickey is difficult, thats nothing new. It may have not happened this month, last month or even the month before but something went down between y’all and one of you guys ain’t telling the whole truth. Funny you guys are now all of a sudden taking selfies again and posting to social media, maybe you guys cleared up the beef who knows.  I also forgot that Rickey does have one of the baddest PR Strategist in the game which is Marvet Britto! She may have done some damage control. Hell Claudia, I would run to social media too and clear it up quickly if I packed up all my stuff and moved across the country to secure my paycheck to pay my bills. You’re a bright, beautiful and business savvy girl, I get it trust me, its all business…wink! LOL! Till next time, stay blessed! xoxo

Sidenote: Don’t you guys find it weird that these celebrities get so upset when people talk about THEM but they turn around and sit at these radio stations/tv networks talking and cracking jokes about the same damn people too? The Rickey Smiley Show has on their payroll Gary with the Tea telling gossip over the airwaves every single day doing the same thing I do but when it comes to “bloggers” you frown down upon us and get so annoyed when we post a story about YOU and say we are nothing but liars. I find that very offensive, and sometimes Gary don’t have his stories correct either! Ain’t that calling the kettle black? I’m so confused. Smh!