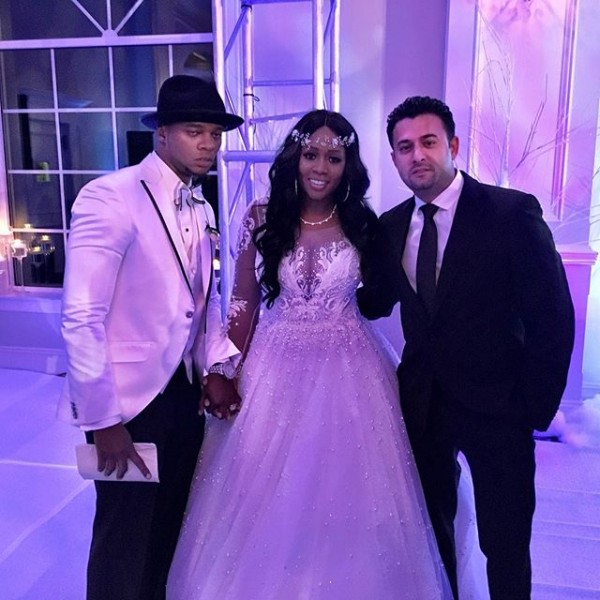 Its been a year of reality stars getting married, especially from the cast of Love & Hip Hop…sigh! Now rapper Remy Ma and her longtime beau Papoose have tied the knot…again! The made for tv wedding took place in Prospect, Connecticut yesterday evening in front of close friends and family with a few celebrities. It was held at Aria Wedding and Banquet Facility. From reading a lot of blog posts today, it seemed to be filled with reality stars, rappers and ofcourse Vh1 cameras ready to catch all the drama lol.  The lovely couple first wed in 2008 in a court house but it was always a dream for Remy Ma to have a real wedding, so ofcourse after her bid in “the klinker” the good folks over at Vh1 (with the help of Executive Producer Mona Scott-Young) put together a lavish winter wedding ceremony like no other.

I must say, I can’t really get into Love & Hip Hop/New York City its too many random folks and more than enough drama for me to handle in one setting but I’m sure I have some readers out there that are interested in what went down and I have a few details inside and who attended…. 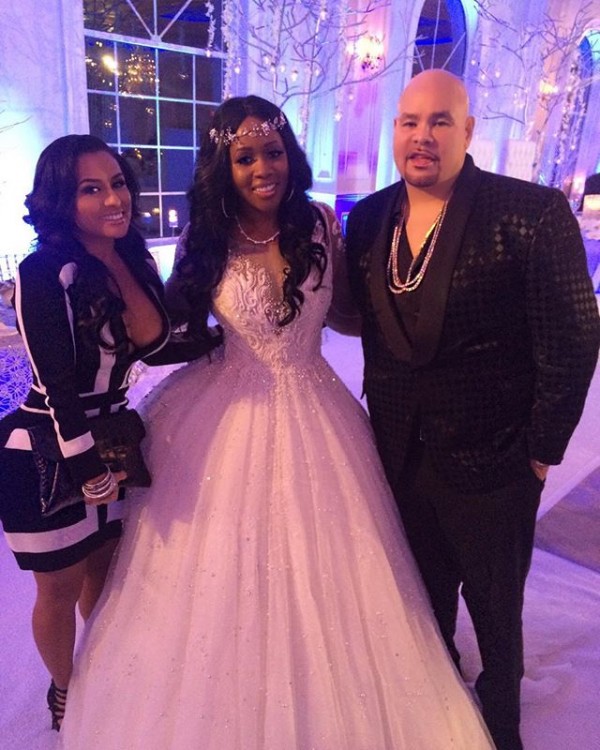 Remy Ma with Rapper Fat Joe and his girlfriend Lorena

Remy Ma wore a very pretty embellished white Cinderella-esque wedding gown with sparkly crown that twinkled just so. She definitely made for a pretty bride. 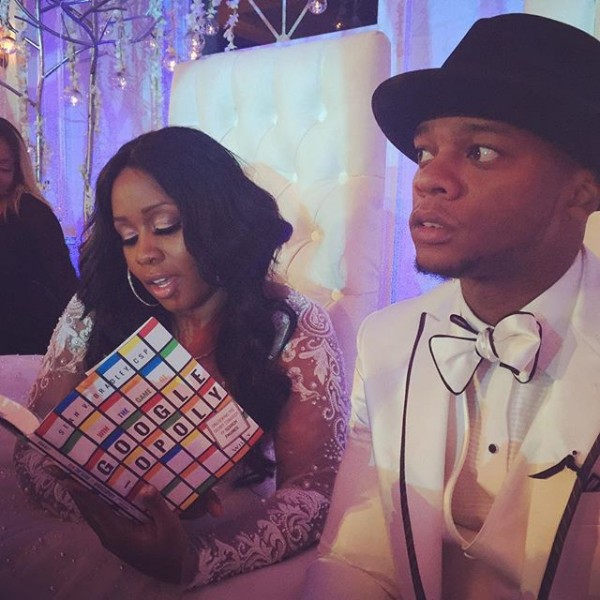 TWT TEA: So the cat got out of the bag that Vh1 was trying really hard to keep under wraps because a few instagram photos surfaced today. Remy Ma and her boo got hitched in front of a room filled with family and close friends. Who was in attendance? Well fellow castmate Yandy Smith was there as one of the pretty bridesmaids, along with longtime friend and singer Keyshia Cole who was the maid of honor. She was looking rather lovely with her new platinum blonde pixie hairdo. Lots of the cast of Love & Hip Hop were there along with Fat Joe and many more. The invites asked that the guests wear all black. Remy Ma’s son Jayson escorted her down the aisle. 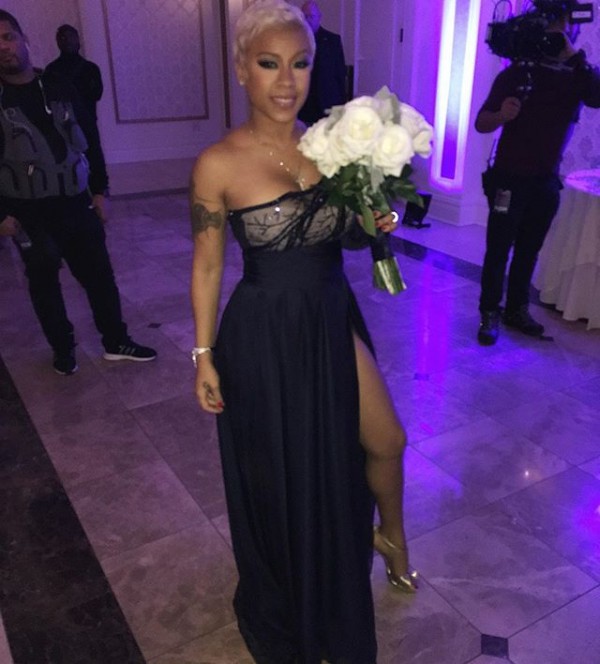 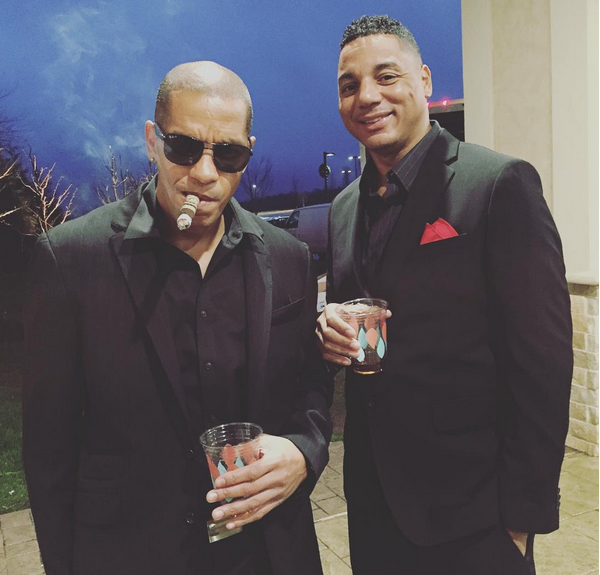 Sidenote: They say that retired rapper Peter Gunz and his two baby mamas got into it because Amina(Peter’s wife) found out that Tara(side chick) is now pregnant again, possible with Peter’s baby lawd! Peter and Amina had a baby together last year remind you.

Sources are saying that Amina & Peter got into a loud screaming match during the wedding and she stormed off and left in a black SUV. I’m sure that Vh1 caught that on camera and its said that you guys will be able to see all the drama unfold on this season of the show. See, that’s why I can’t watch this ratchet show, its always too much going on lol! Till next time…