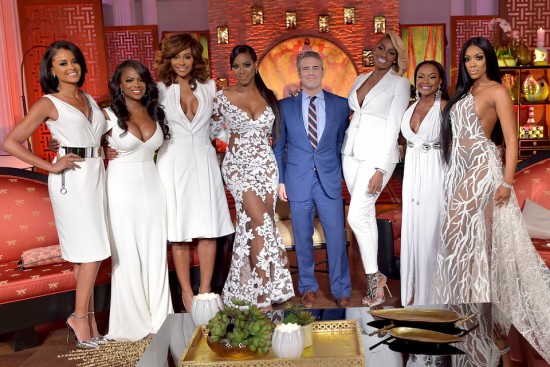 So I have some of the deets on what the ladies of The Real Housewives of Atlanta were wearing during the three-part series of their reunion show that was taped at the Biltmore Hotel that filmed a few weeks ago. I’m going to say it now, Kenya Moore was my best-dressed at the taping and although her dress looks almost exactly like Beyonce’s Michael Costello gown, she still pulled off a stellar look in my opinion!

She wore the heck outta that dress and her body looked amazing in it along with her makeup and hair! Yes hunty!!! Someone commented to me the other day as to why would they wear gowns on a tv show?  I responded that, that is the most watched reality show and thats when you come back and reflect, hash it out and you want to look your ABSOLUTE best lol. All the ladies did an amazing job though with their looks from head to toe. Inside, I break it down on what each one wore, makeup and hair people they used and I even put in a few texts to find out more information. Have a great weekend everyone! xoxo 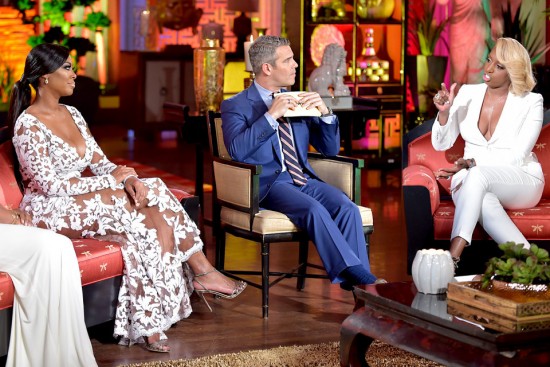 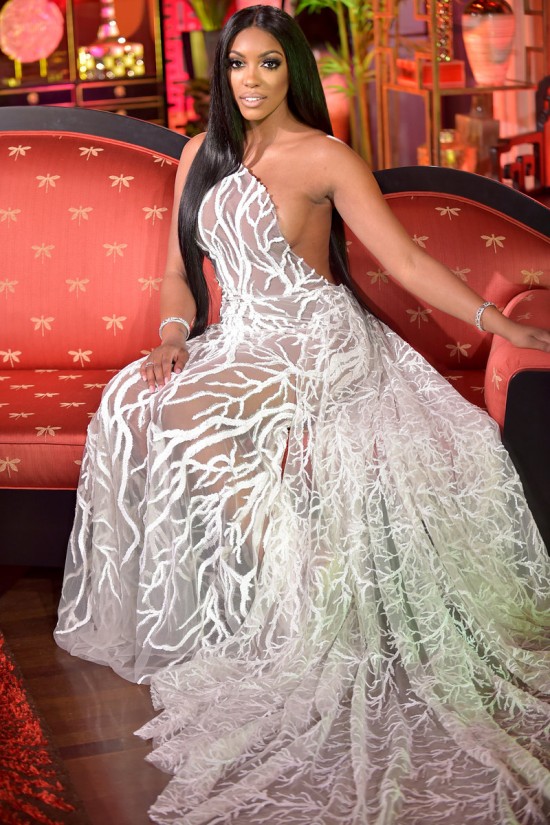 Porsha D. Williams wore a custom gown by Stefanie Naylor with Giuseppe Zanotti heels. She was my second best-dressed! Makeup Shayla did her beauty look, Tokyo Stylez styled her hair. 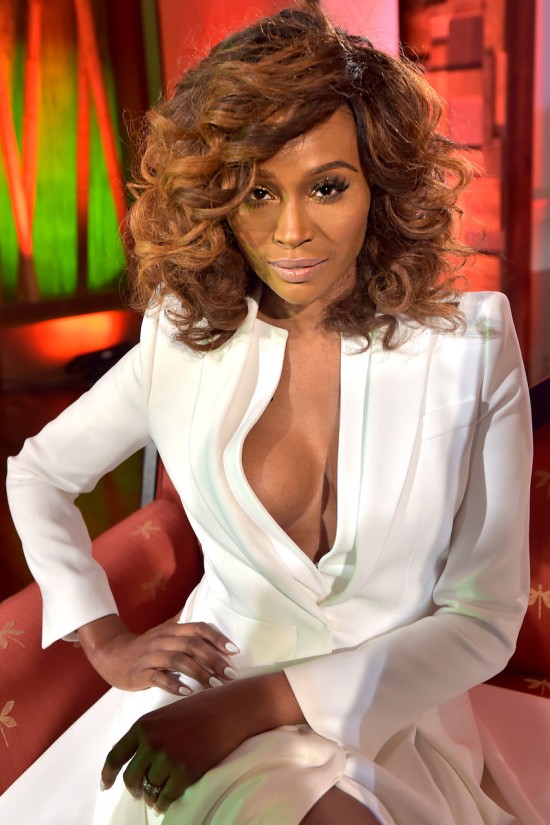 Cynthia Bailey texted me back and said she wear wearing a Alexander McQueen dress and she paired it with Christian Louboutin heels. I’m not sure about her hair this time around, sigh! Painted by Jeremy did her makeup. Still a pretty look to say the least. 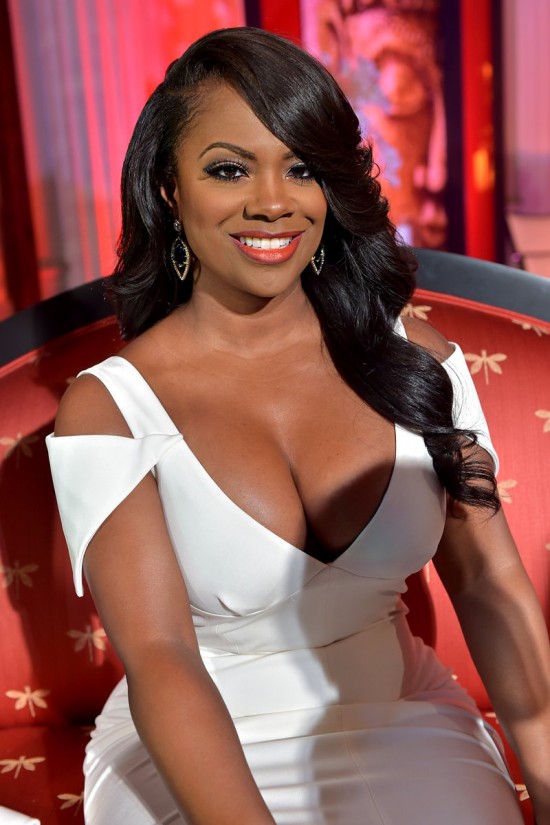 Kandi Burruss wore a white cutout Roberto Cavalli gown which looked lovely on her and the hair n makeup was flawless I must say! I do know Whitney Olivia may have styled her hair(I don’t know any of her people on her glam squad to ask what she was wearing). 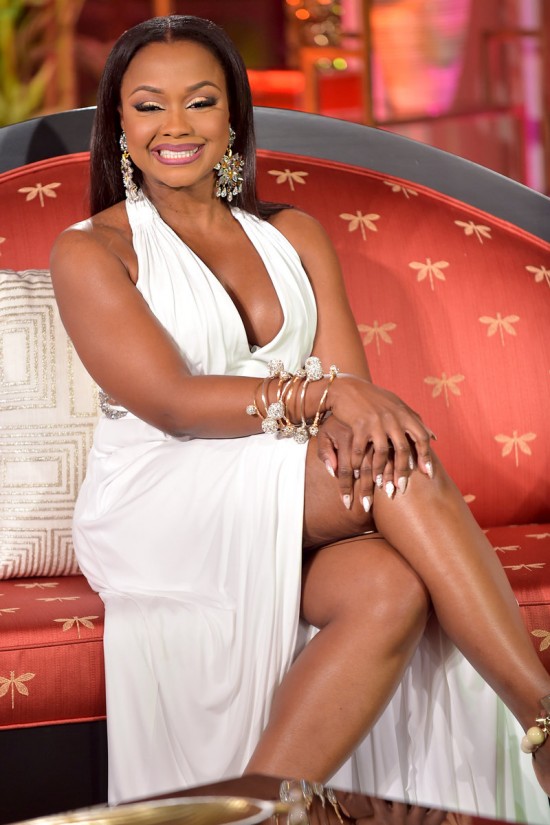 I texted Phaedra Parks‘ stylists Shun Melson, she said she wore a white Roberto Cavalli gown with many blinged out jewels. She paired her look with Dsquared2 sandals. Friend to the site Kelvin Myers did her makeup…pretty! 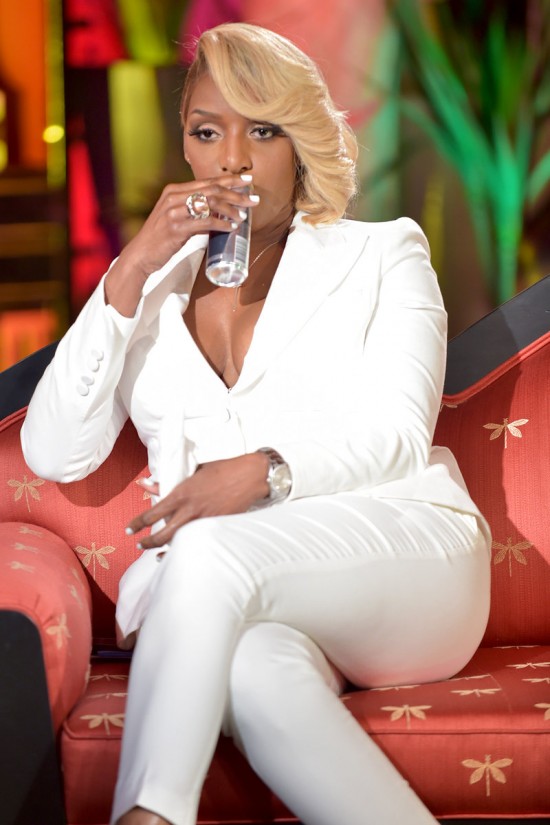 I put in a text to NeNe Leakes, she told me she was wearing, a Dolce & Gabbana white suit, Giuseppe Zanotti sandals and diamond holy cross necklace. Hair by Q Love, makeup by Parra. 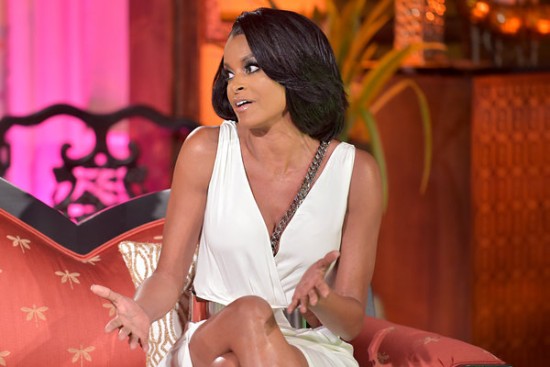