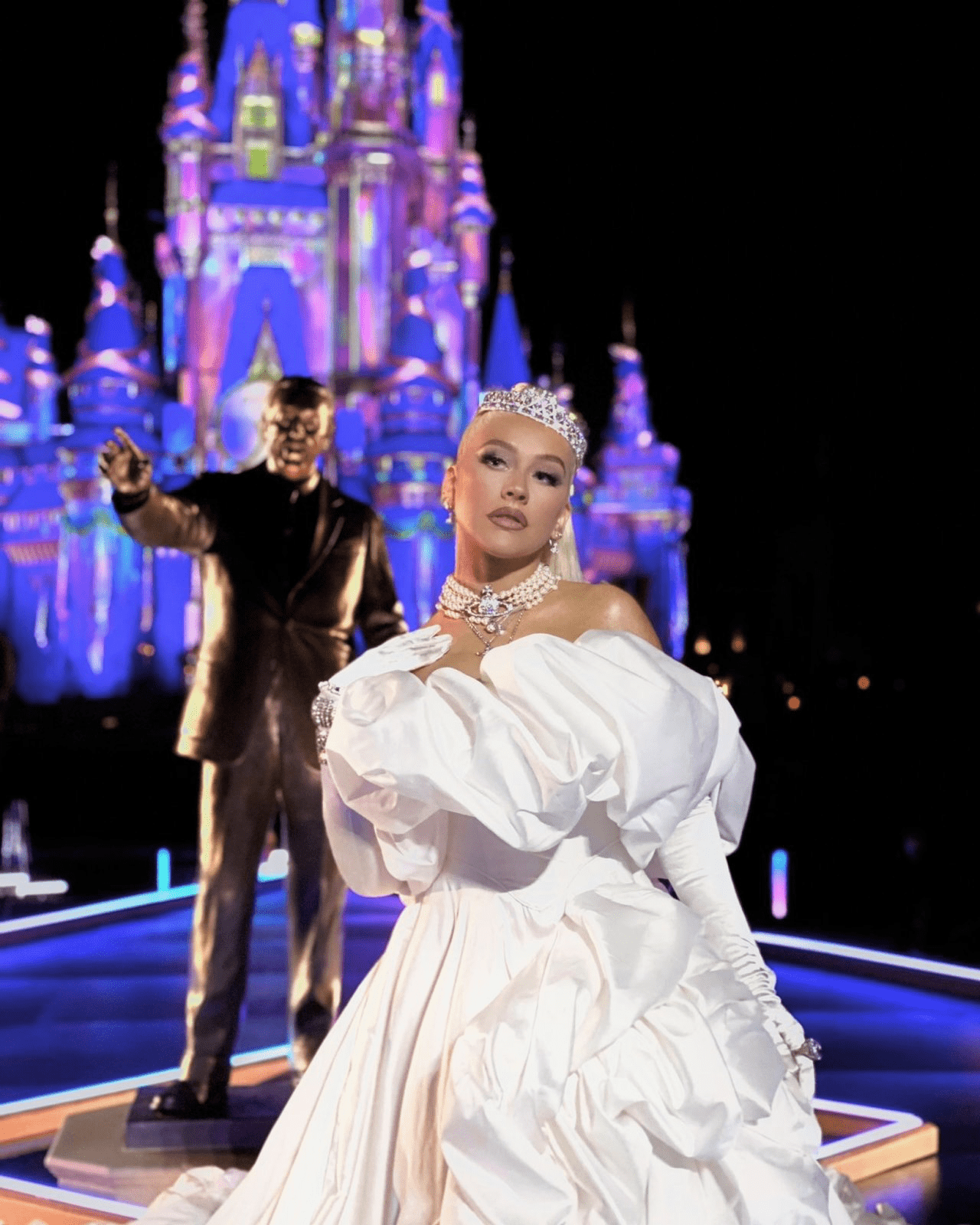 Hosted by Disney Legend and moderator of ABC’s “The View,” Whoopi Goldberg, the two-hour program  featured spectacular visuals and musical performances from Christina Aguilera and Disney’s “The Little Mermaid” Halle Bailey in front of the legendary Cinderella Castle at Magic Kingdom Park, accompanied by the renowned Orlando Philharmonic Orchestra; as well as interviews with iconic actors, actresses and athletes, Walt Disney World cast members, Disney Imagineers and executives past and present, who have all played their unique part in sprinkling pixie dust over “The Most Magical Place on Earth.”

Singer Christina Aguilera performed at the Walt Disney World Resort 50th Anniversary Celebration which aired on October 1st, 2021. She looked absolutely stunning wearing a ruffled ball gown with a long train for the elegant affair with matching princess crown and intricate pearl necklace. I have the details on what she was wearing inside, check it out! 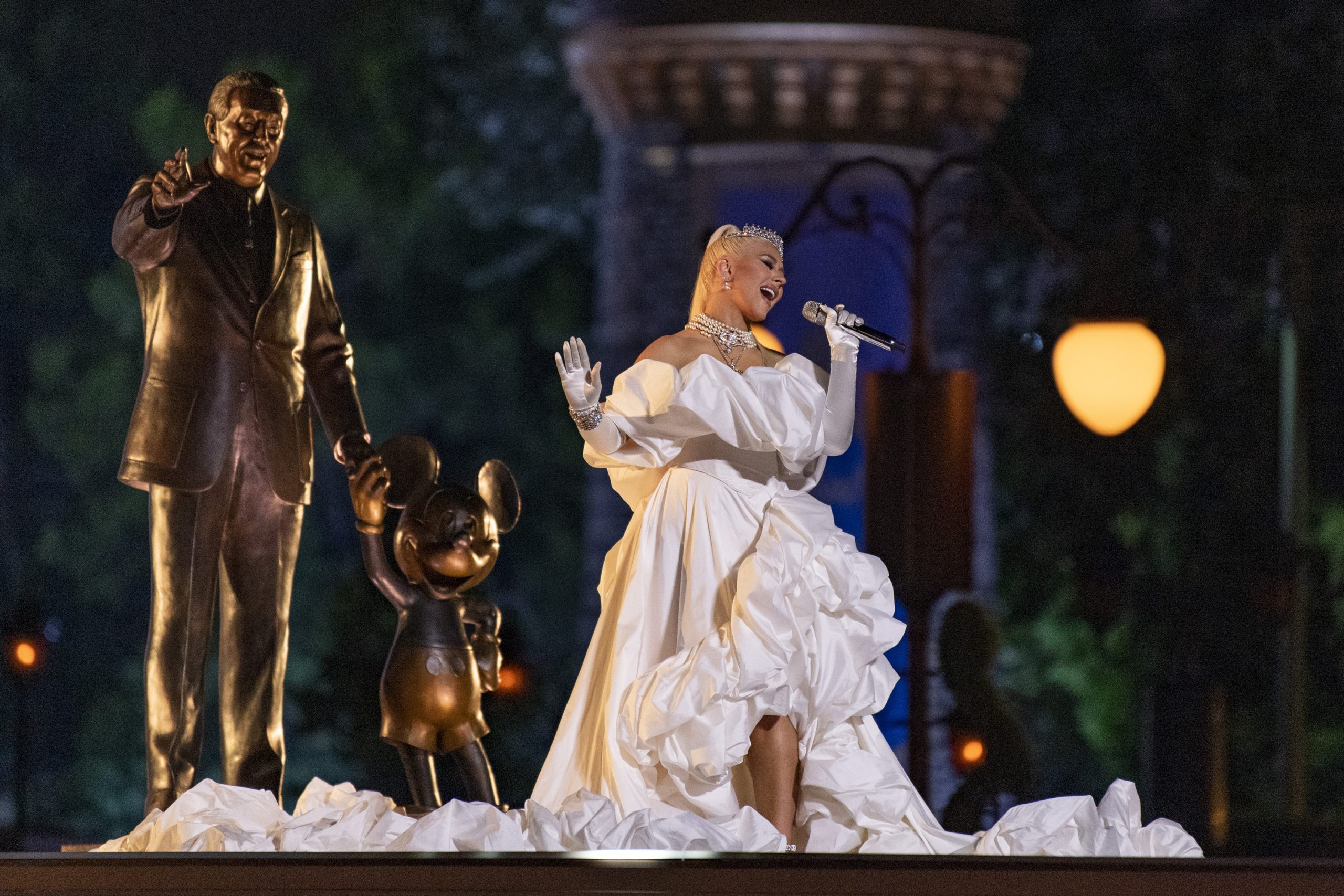 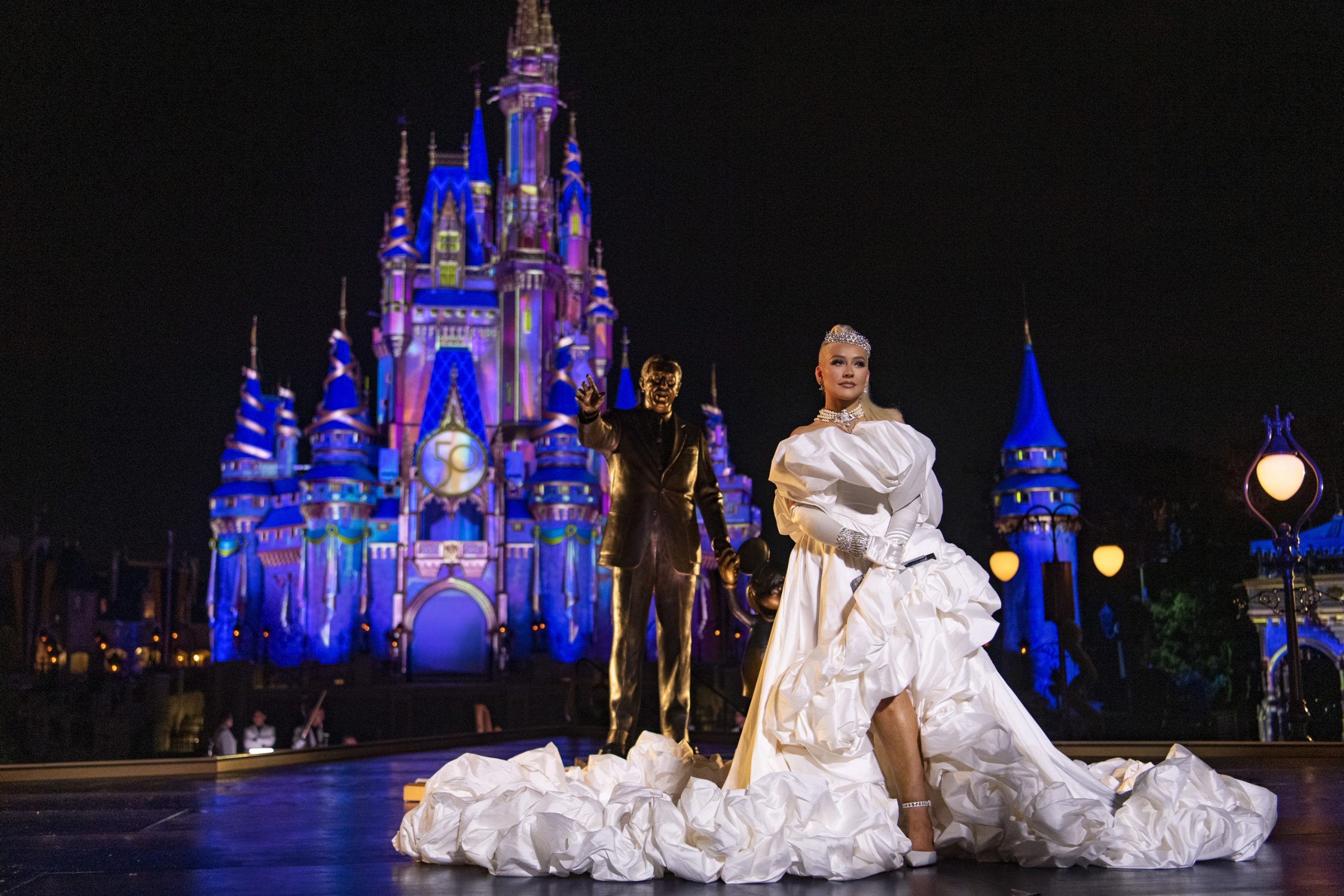 Christina wore a white ruffled gown by Monsoori Haute Couture with a Vivienne Westwood pearl choker and crown, such a doll!