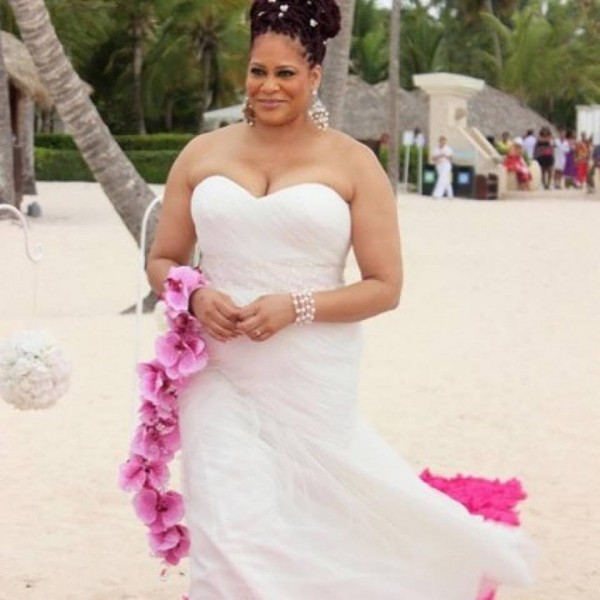 Congrats goes out to friend to the site and Comedian/Actress Kim Coles! She recently married SWAT Cop & Health Food Store Owner Reggie Mckiver! Awh, how sweet they look so happy! They met while he was suppose to be her security at an event she was at and sparks flew. They wed in the Dominican Republic with close friends and family watching and it was a private ceremony. Coles told People magazine, “My heart was open just enough for Reggie to come though and I’m so glad he did,”. “I’m 53 and Reggie is 41 but I’m not a cougar. I can’t run that fast. I’m a meerkat or a prairie dog. It’s about the right energy. It wasn’t like I was trolling for younger men. It’s about energy. We’re ageless. Just two people on the same plane.” Check out more pics and info inside… 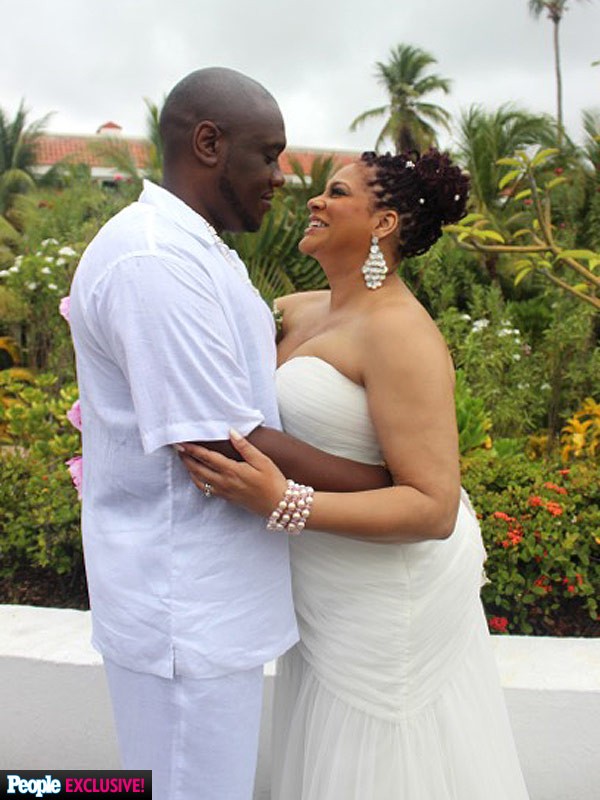 Guests that attended wore bikinis and beach towels while they said their I do’s. Kim on the other hand opted out for a white wedding gown designed by Della Curva. They cater to the curvier brides-to-be, well alright! For getting married on the beach, Kim also wore a Diann Valentine floral cuff, glitter thongs from Target that were $10, I know thats right, keep it simple. They also will do it all over again on an upcoming episode of David Tutera’s reality show on August 21st. There she will have bridesmaids and the whole nine! Congrats to the lovely couple!

“It was light and breezy and perfect for the beach. It was something I could zhuzz up … that wasn’t over the top,” she says. “I knew I was going to be carrying it thousands of miles away, and I knew I didn’t want to carry it in a separate garment bag. I folded that dress and put it in my suitcase and then just hung it up and in the humidity it steamed itself!” 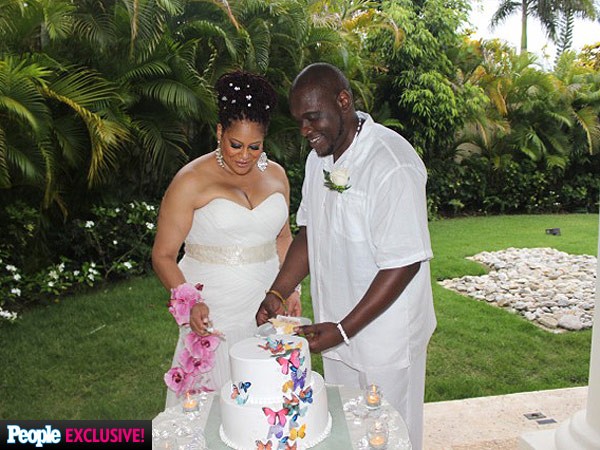 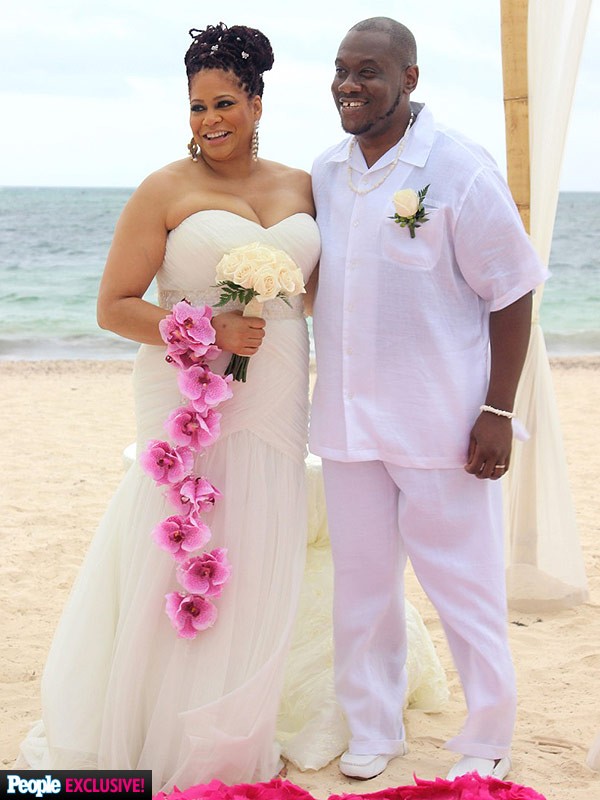 One thought on “Wardrobe Breakdown: Comedian Kim Coles Gets Married!”