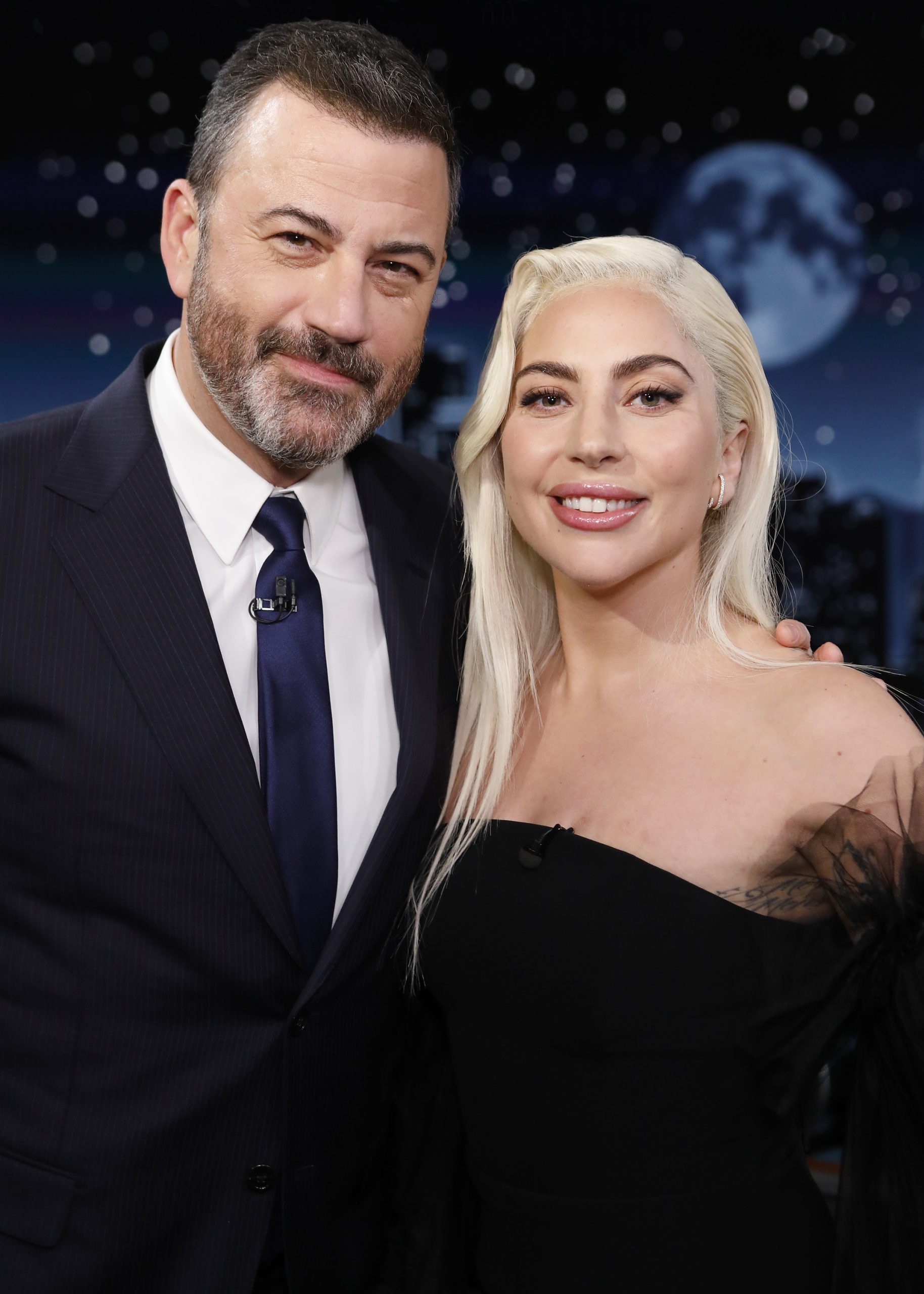 Lady Gaga made an appearance on Jimmy Kimmel Live to promote her film that’s in theaters now called, House of Gucci! The 35-year-old singer looked fabulous in Hollywood, California yesterday as she made heads turn wearing an off the shoulder mini dress with sheer poofy sleeves and black stiletto heels. I didn’t know that Lady Gaga and Salma Hayek had a love scene that was cut out of the movie, hmm interesting!

Lady Gaga talked about performing at the Super Bowl, getting a real quarterback to throw her a pass during the performance, being on the swim team, the awards and accolades for her amazing performance in the film House of Gucci, wanting to be an actor before she got into singing, majoring in musical theater at NYU, auditioning for a LensCrafters commercial, learning about rejection, being an Italian-American, eating her way through Italy while filming House of Gucci, staying in character and speaking in her Italian accent all the time, working with the incredible cast, telling her dad she was working with Al Pacino, improvising the infamous “Father, Son and House of Gucci” line with Jared Leto, and the love scene she had with Salma Hayek that was cut from the movie.

I have the details on what she was wearing for her appearance inside, have a blessed day everyone! 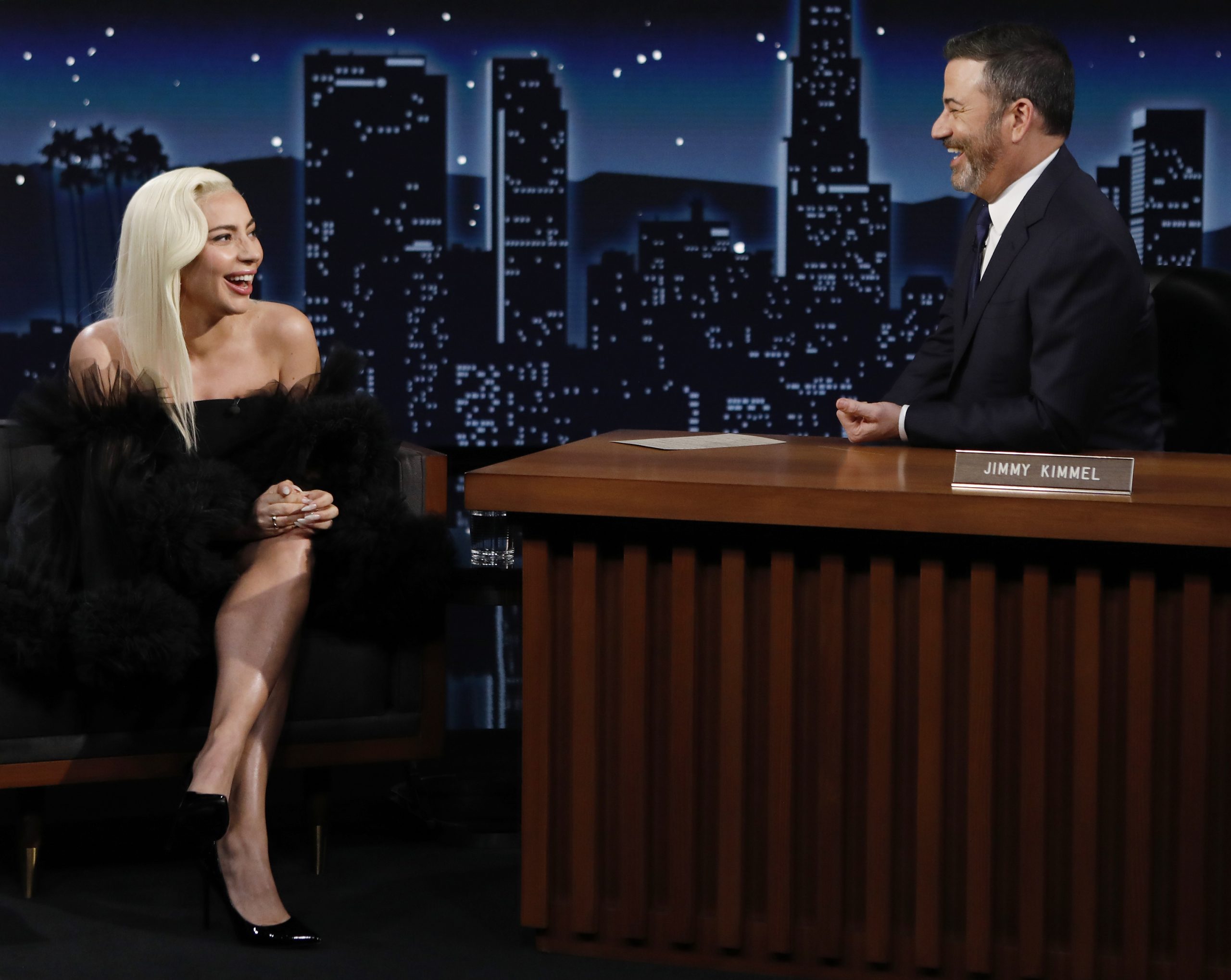 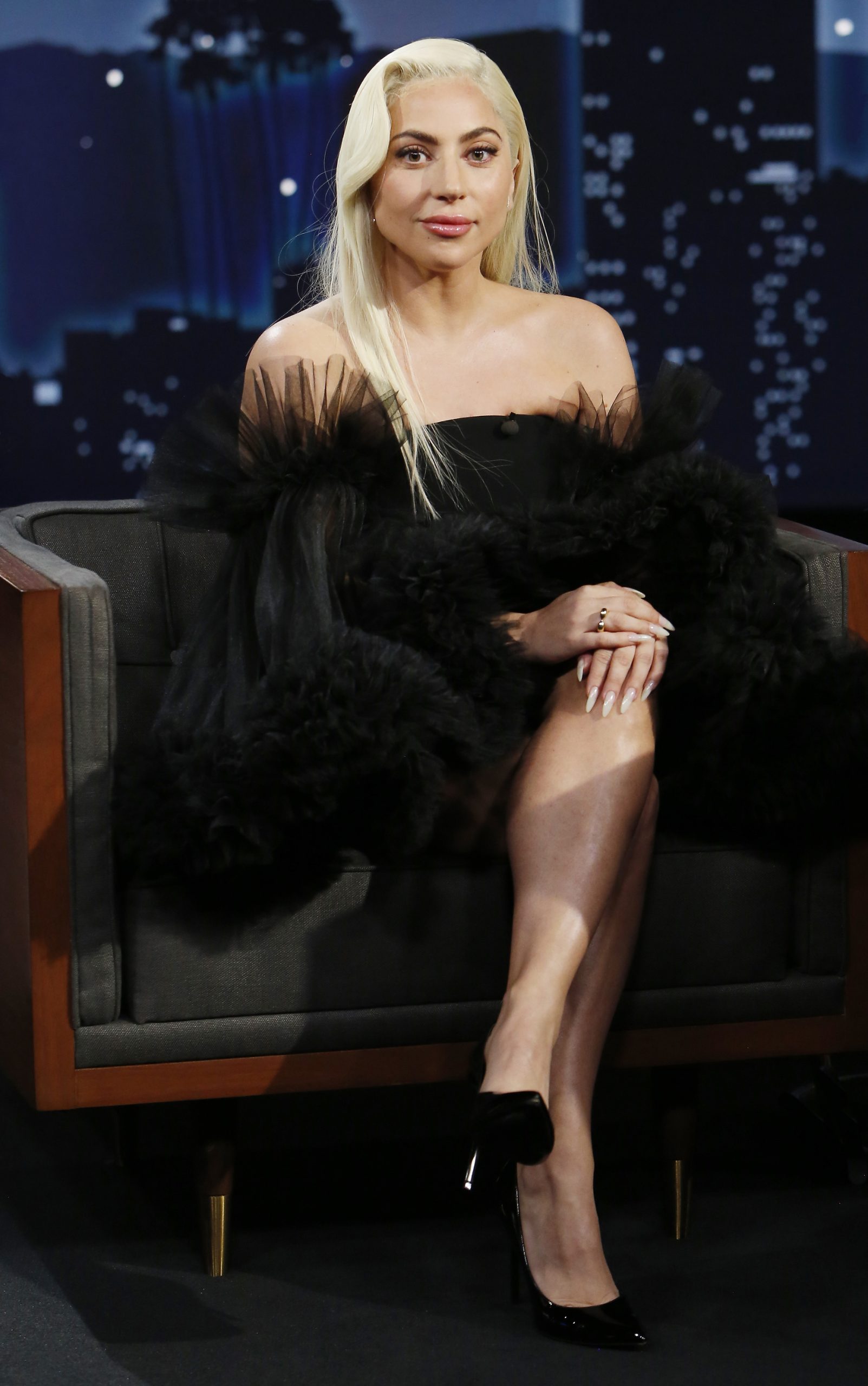 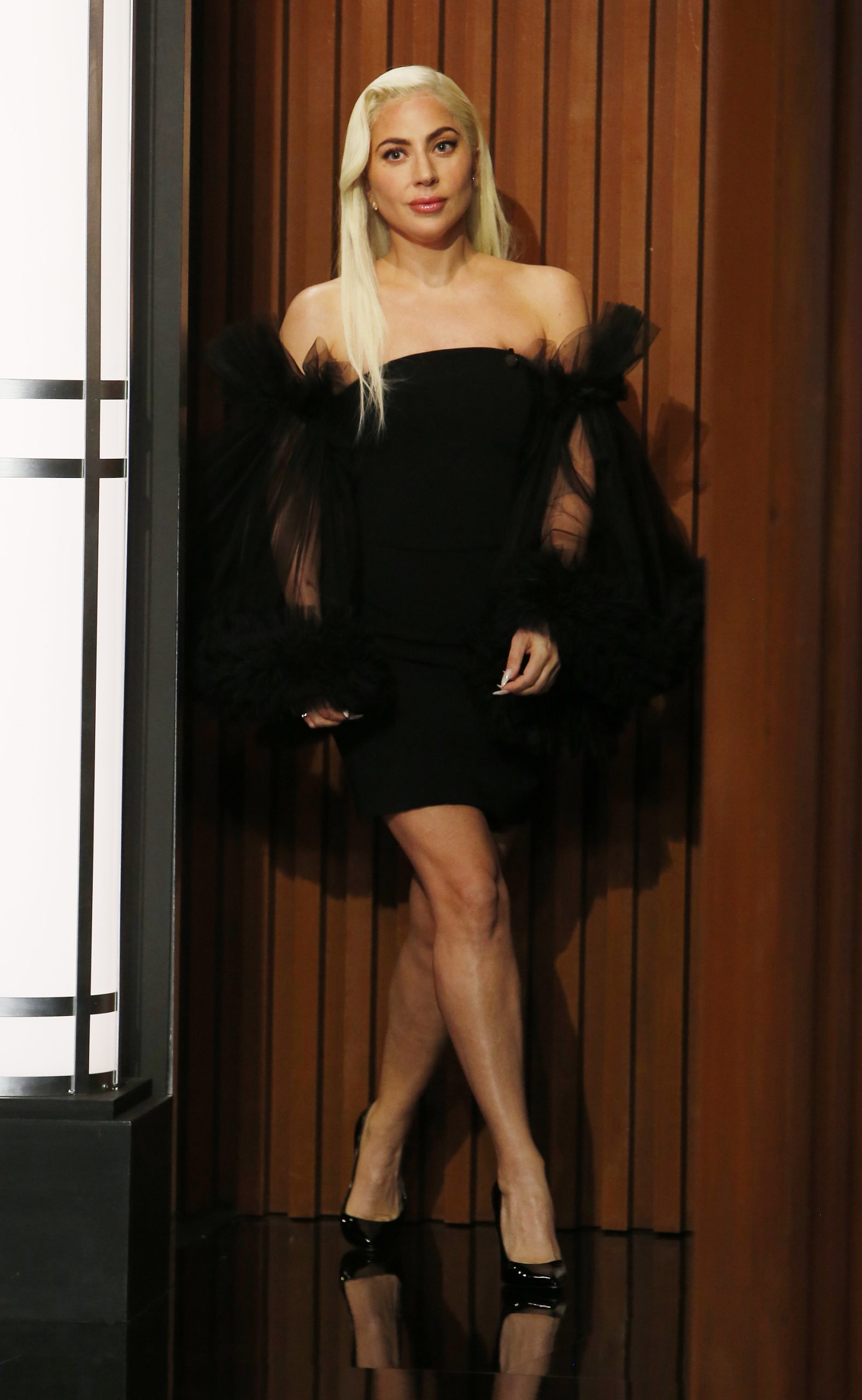