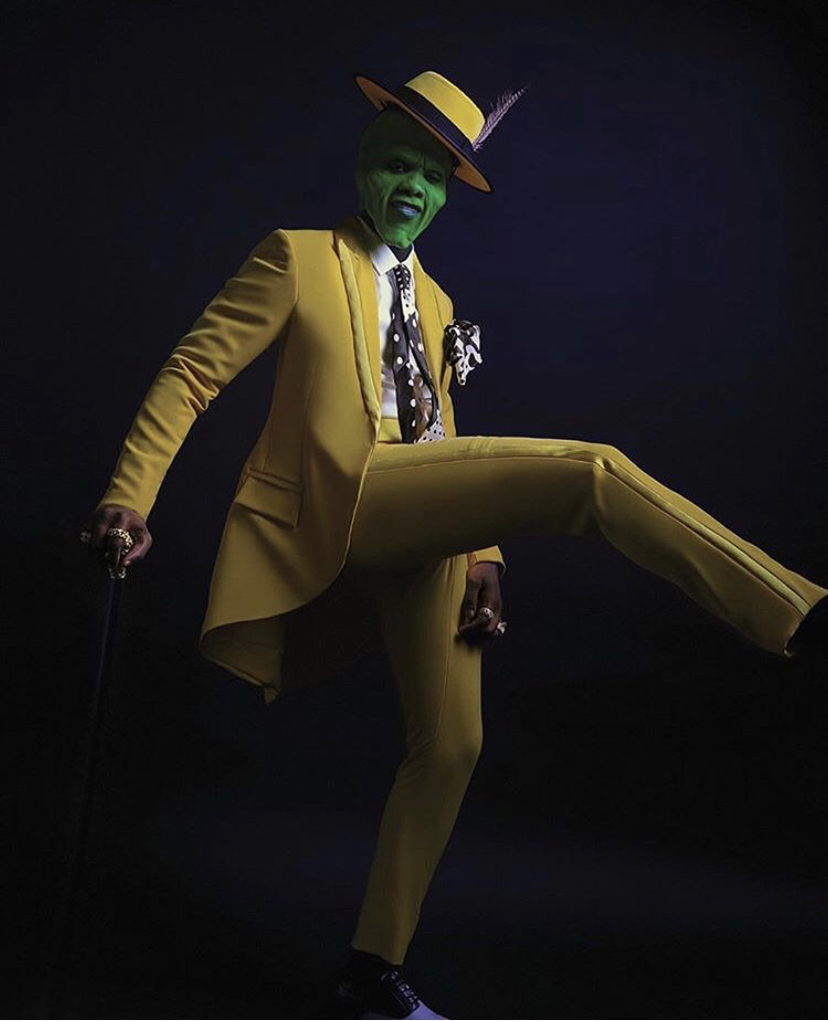 Rapper Offset was another celebrity attendee at Teyana Taylor and Iman Shumpert’s Annual Halloween Bash called, Haunting Hope held here in Atlanta at a private mansion! He arrived in styled channeling Jim Carrey from the hit movie, The Mask! I loved his total look from head to toe styled by, Kollin Carter. I hardly ever blog about mens fashion but I think that he looked extremely handsome and well put together!

Offset was accompanied by his wife Rapper Cardi B as they pulled up in a black SUV and posed with the peace sign. The green mask made of prosthetics was hilarious and he pulled the look off well! The vibrantly colored yellow tailored suit was custom made by my friend and popular local fashion designer. He told me that he was contacted by the stylist  on Wednesday, October 28th and given Offset’s measurements. But If you guys remember, we had a very bad storm caused by Hurricane Zeta. Lots of Atlantans had no electricity and he was affected by the storm but was still able to complete the project. He finished the suit in about a day and a half. I have the details on Offset’s custom look inside, have a fab day everyone! xoxo 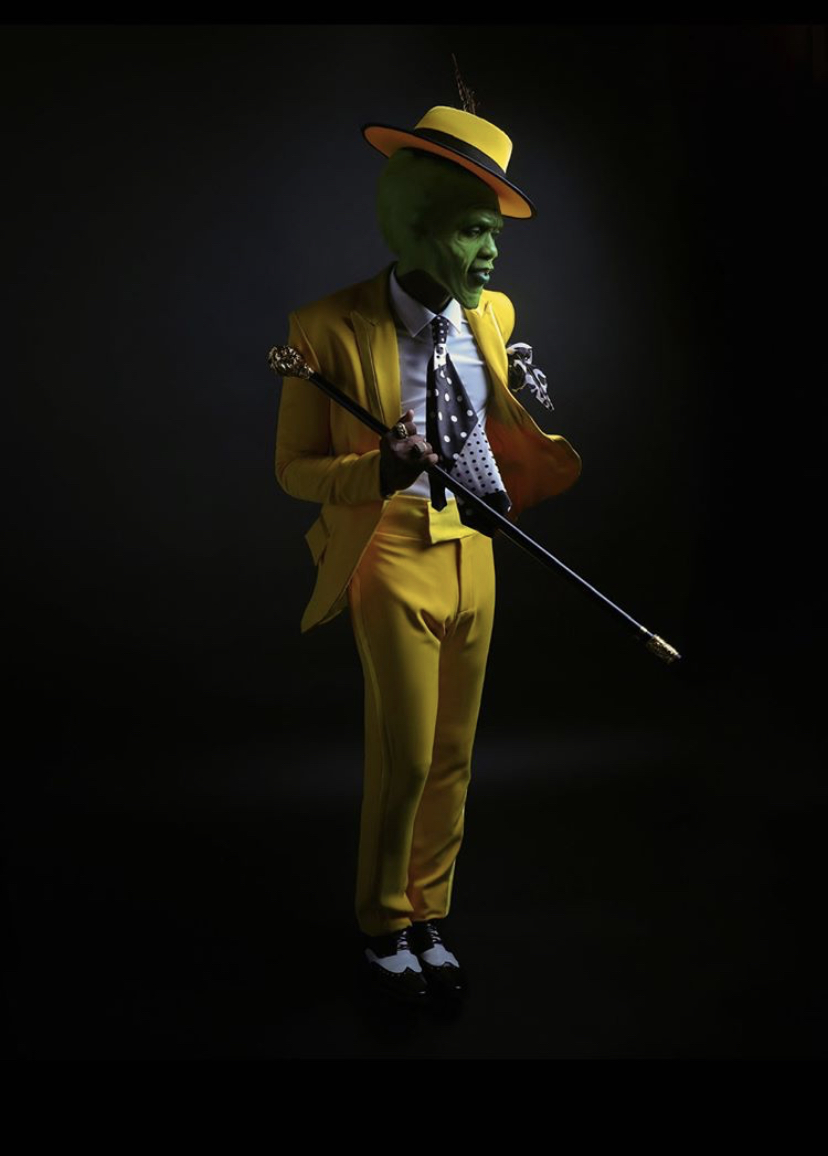