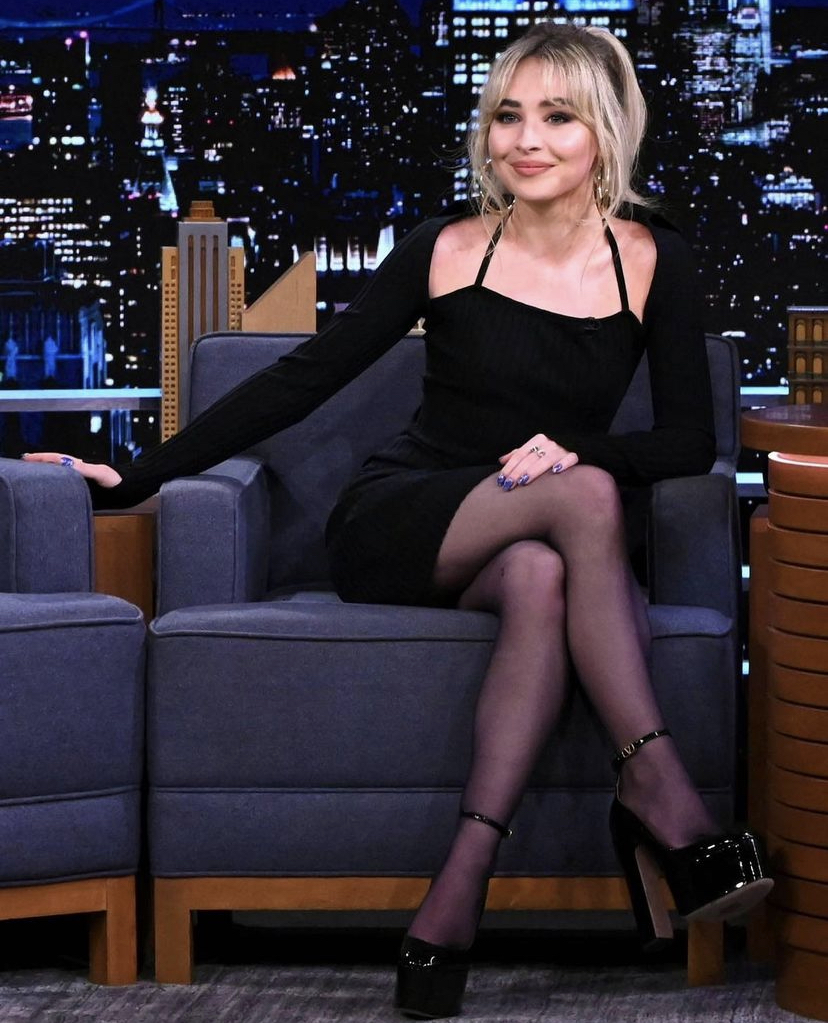 Singer Sabrina Carpenter stopped by The Tonight Show Starring Jimmy Fallon on Tuesday. The 22-year-old talked about her new album and how her fans have yet to uncover the album title. She revealed that she’s hidden the name of her forthcoming fifth studio album in some of the work she’s already released. Kinda like you would with an Easter egg of some sorts I guess lol.

On the show, she wore a sexy black spaghetti strap ribbed dress and some killer platform heels! I absolutely have been obsessing over those designer shoes and want a pair but not sure how I would look in them since I have chunky legs! Some shoes I feel I just can not wear and those heels are one of them and they come in pink too, omg! I have the details on what she wore on the show, check it out inside and a video clip! 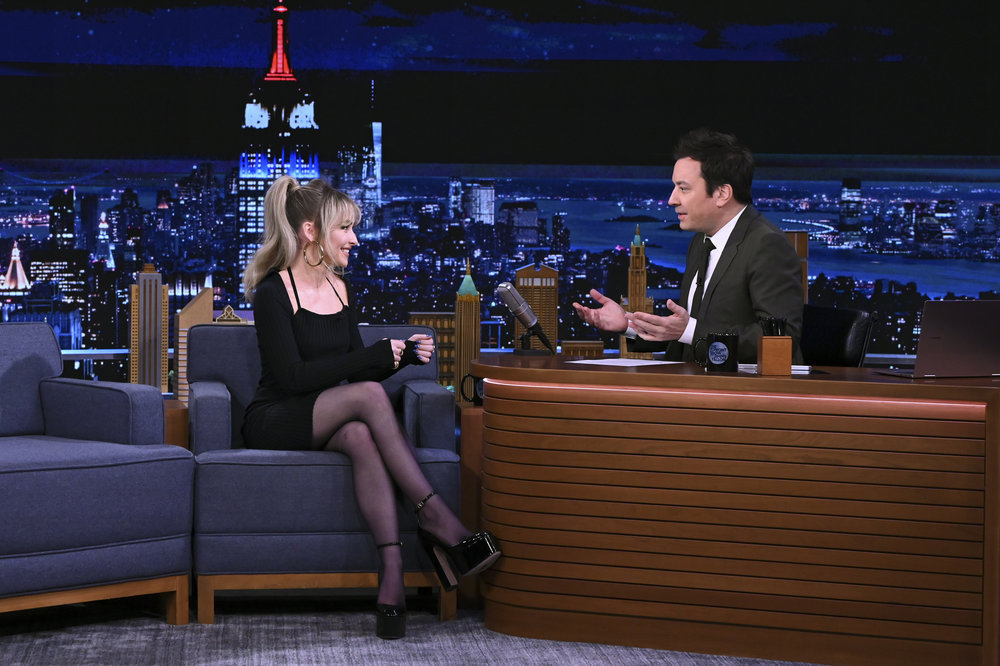 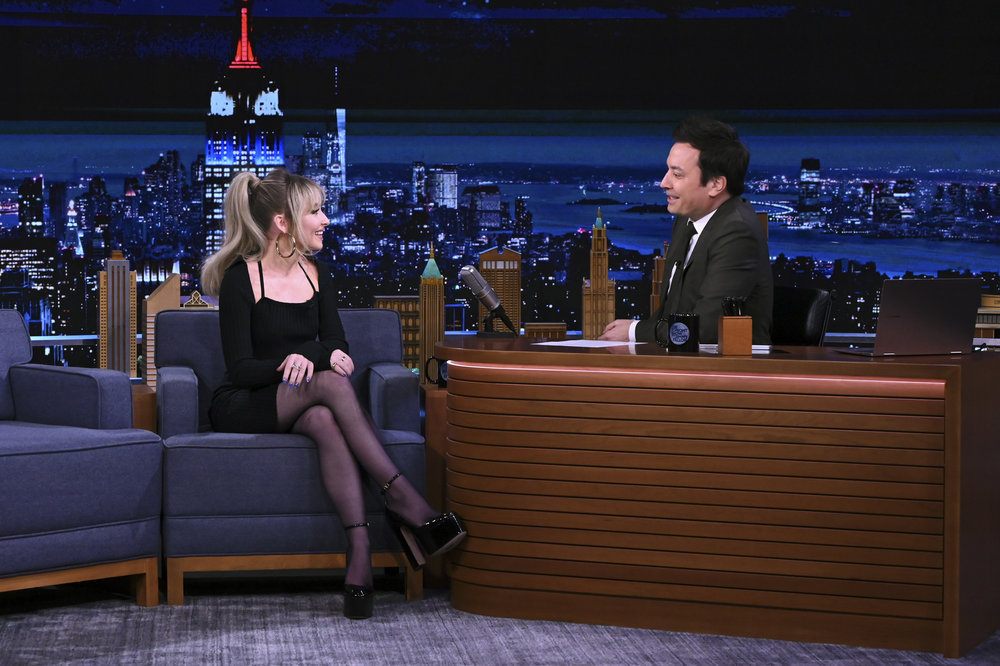 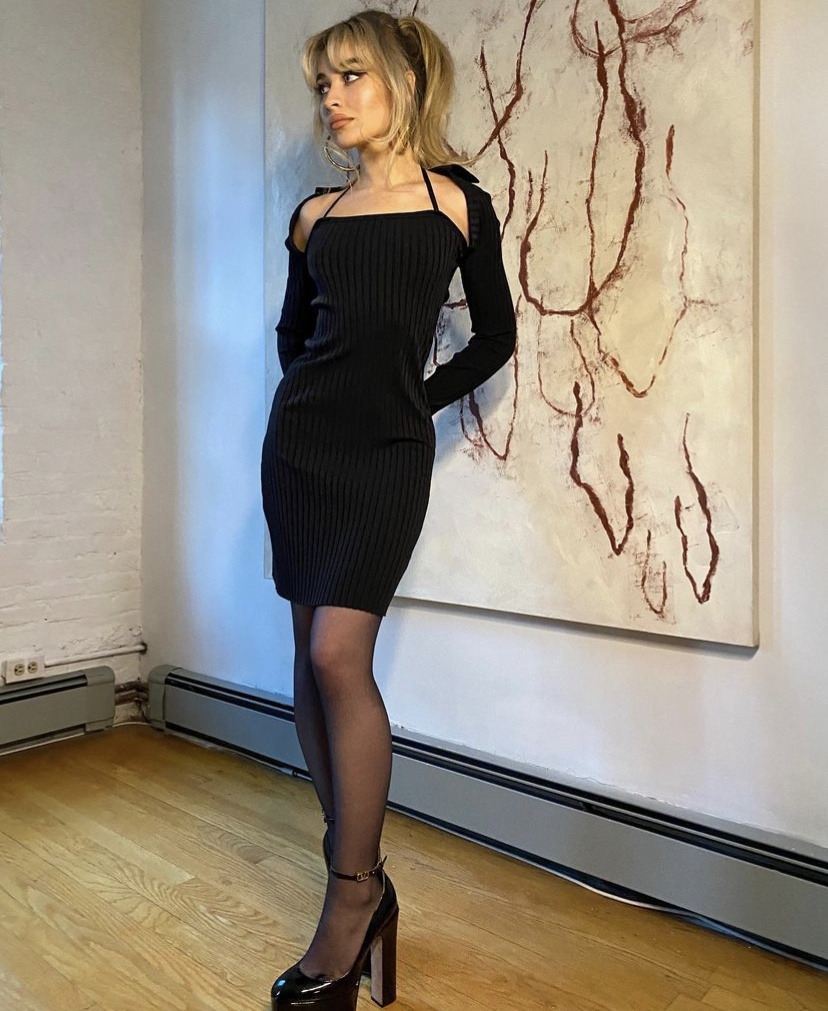