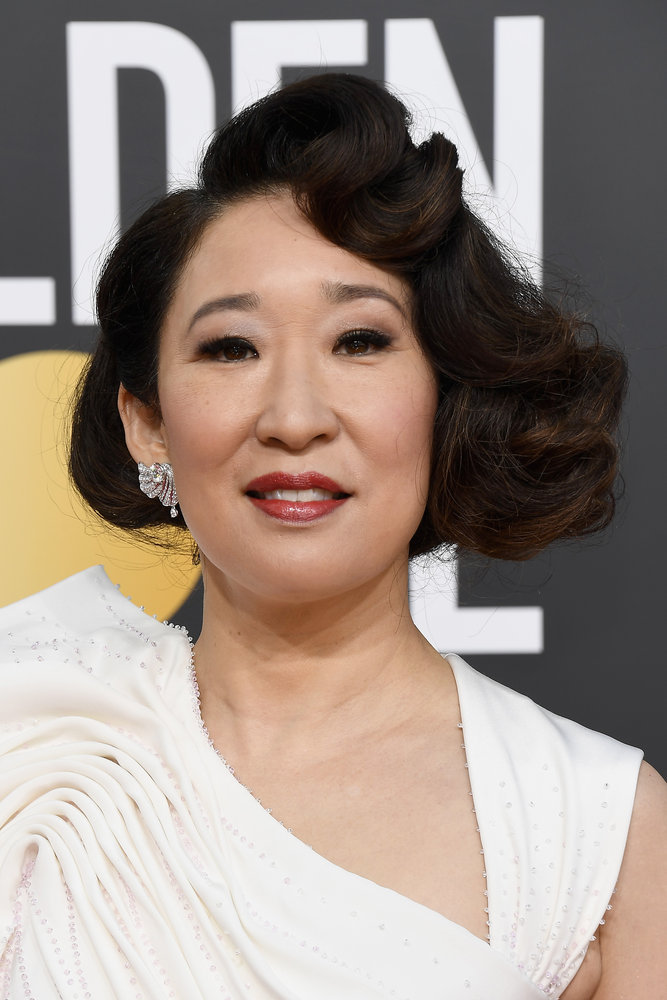 I thought that Award-Winning Actress Sandra Oh looked stunning in her white goddess gown as she strutted down the red carpet at the 76th ANNUAL GOLDEN GLOBE AWARDS! What an honor it was as she became the first Asian Actress to Co-host the Golden Globes! She had her parents in the audience too and I’m sure they were proud to see her also win Best Actress in a Supporting Role in a Limited Series or Motion Picture for her role in “Grey’s Anatomy”. Congratulations to Sandra and I also have details on what she wore and more pictures inside… 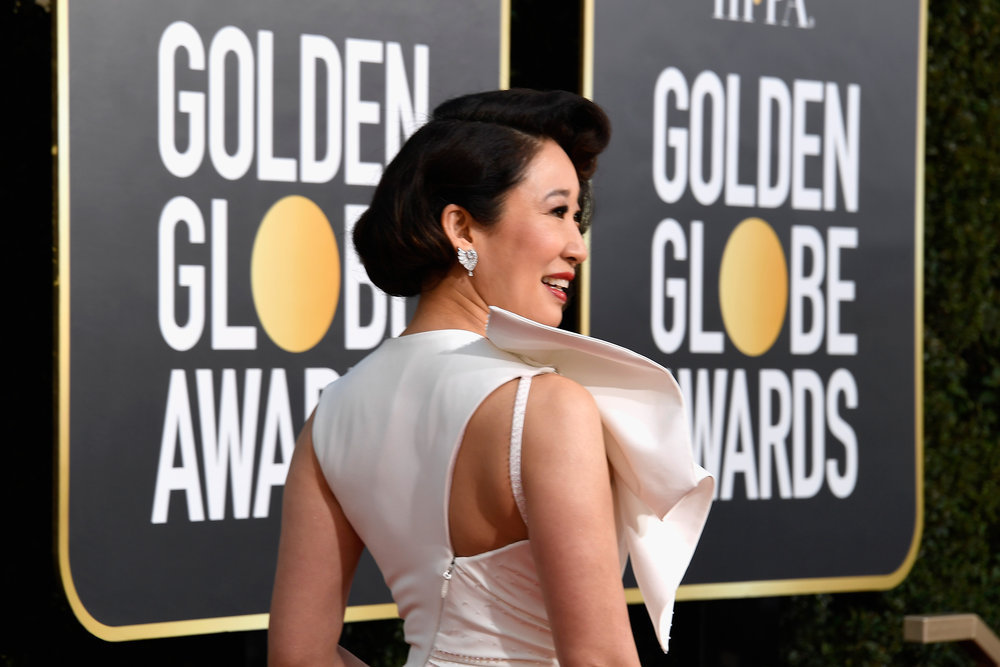 I love a bow too! 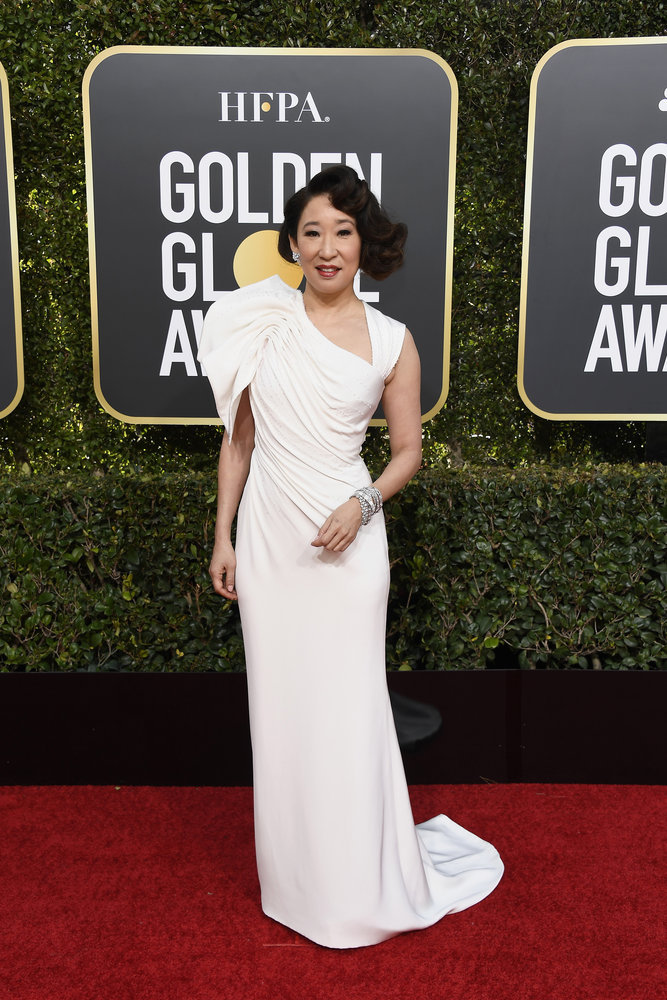