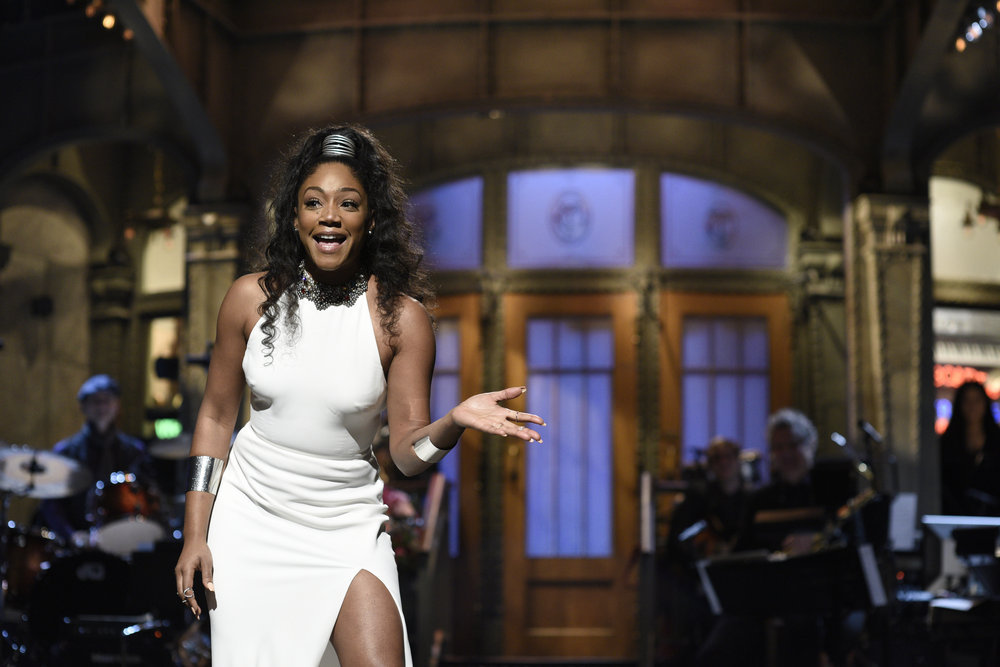 Comedian and Actress Tiffany Haddish made history this past weekend as she hosted NBC’s Saturday Night Live! She is the first African American woman to ever host the late night comedy show. Congrats to her and on the show she talked about how she has worn this white gown several times and plans on wearing it so more because it’s designer and it was expensive lol. She jokingly said on tv that it was “more than my mortgage payments” lol. I have the details on what she was wearing to host the show inside and more pics. Happy Tuesday everyone! 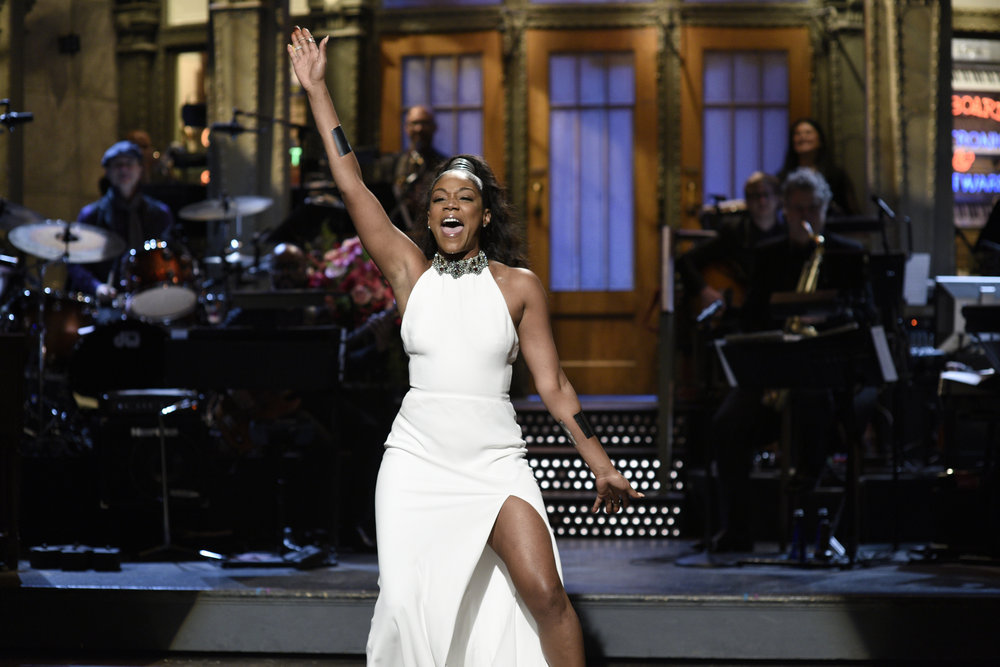 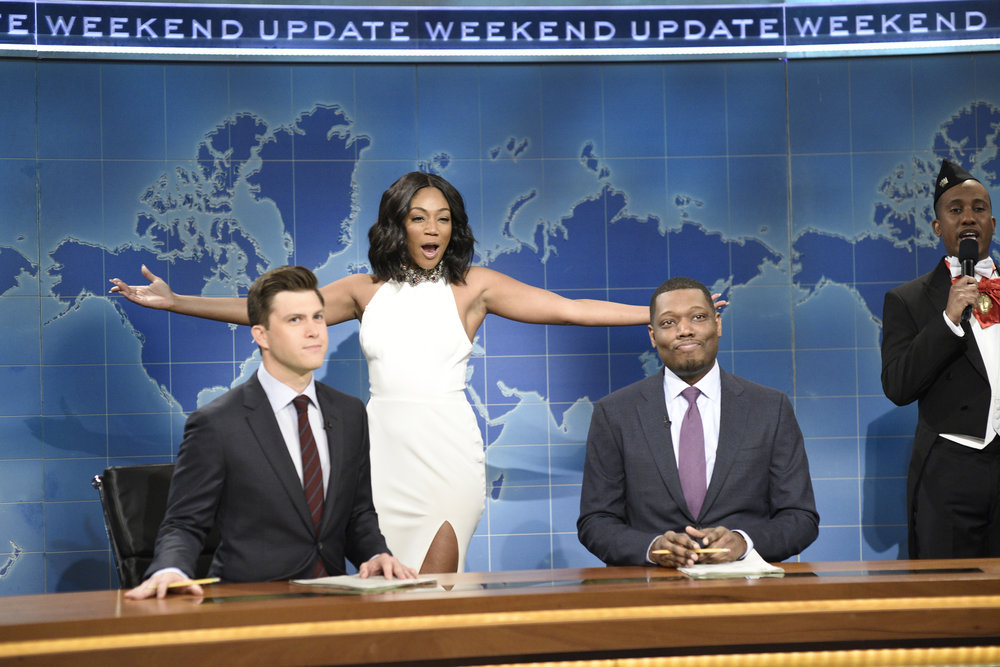 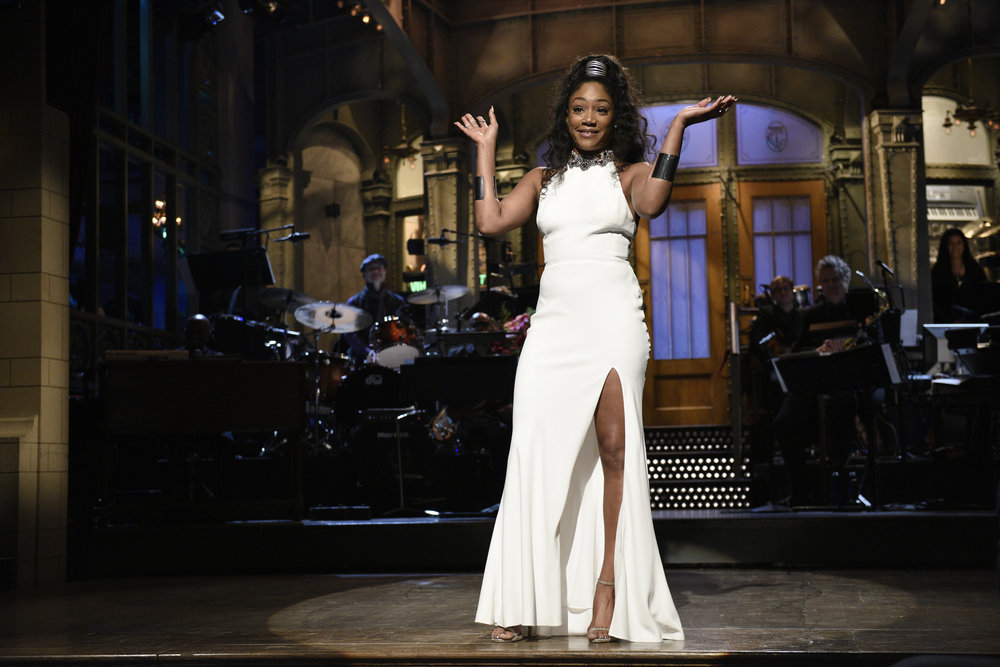 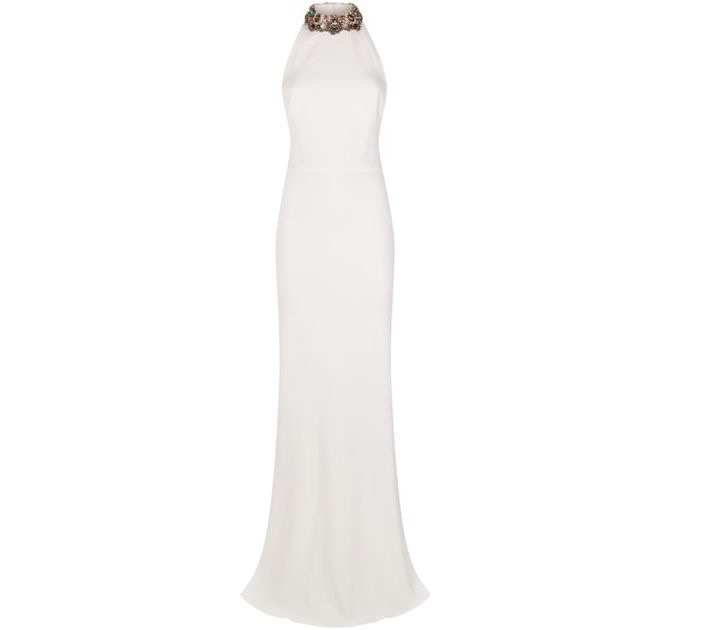