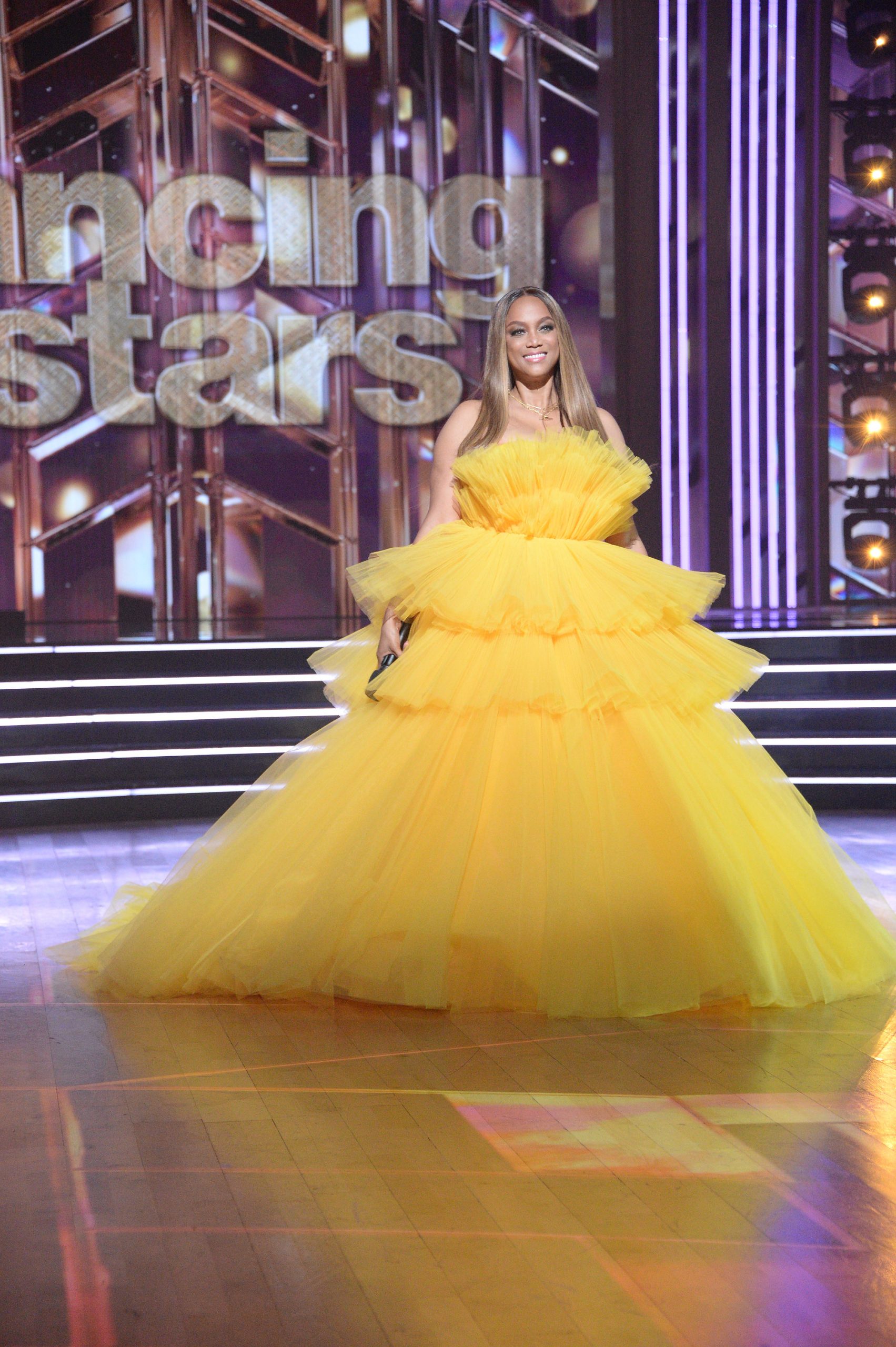 Have you guys been watching DANCING WITH THE STARS? – Well about a week ago it was “Double Elimination Night – Use Your Vote!”.  As the show gets closer to it’s season finale, nine celebrity and pro-dancer couples face double elimination as they compete for this season’s eighth week live. Tyra Banks is the host of the show and the Exec Producer. She makes sure that she gets her shine on by doing a runway walk out onto the show each week and does a quick wardrobe change as well.

It’s causing quite a stir with fans of the show that say, it’s not about her, it’s about the dancers lol. Last week she wore a canary yellow tulle ballgown and I really loved it! I’m not sure if it’s something I would wear on the show because it’s a bit much but it’s Tyra, so I guess she is trying to bring it! I have the details on what she wore inside, you guys stay safe out there and wear your masks! 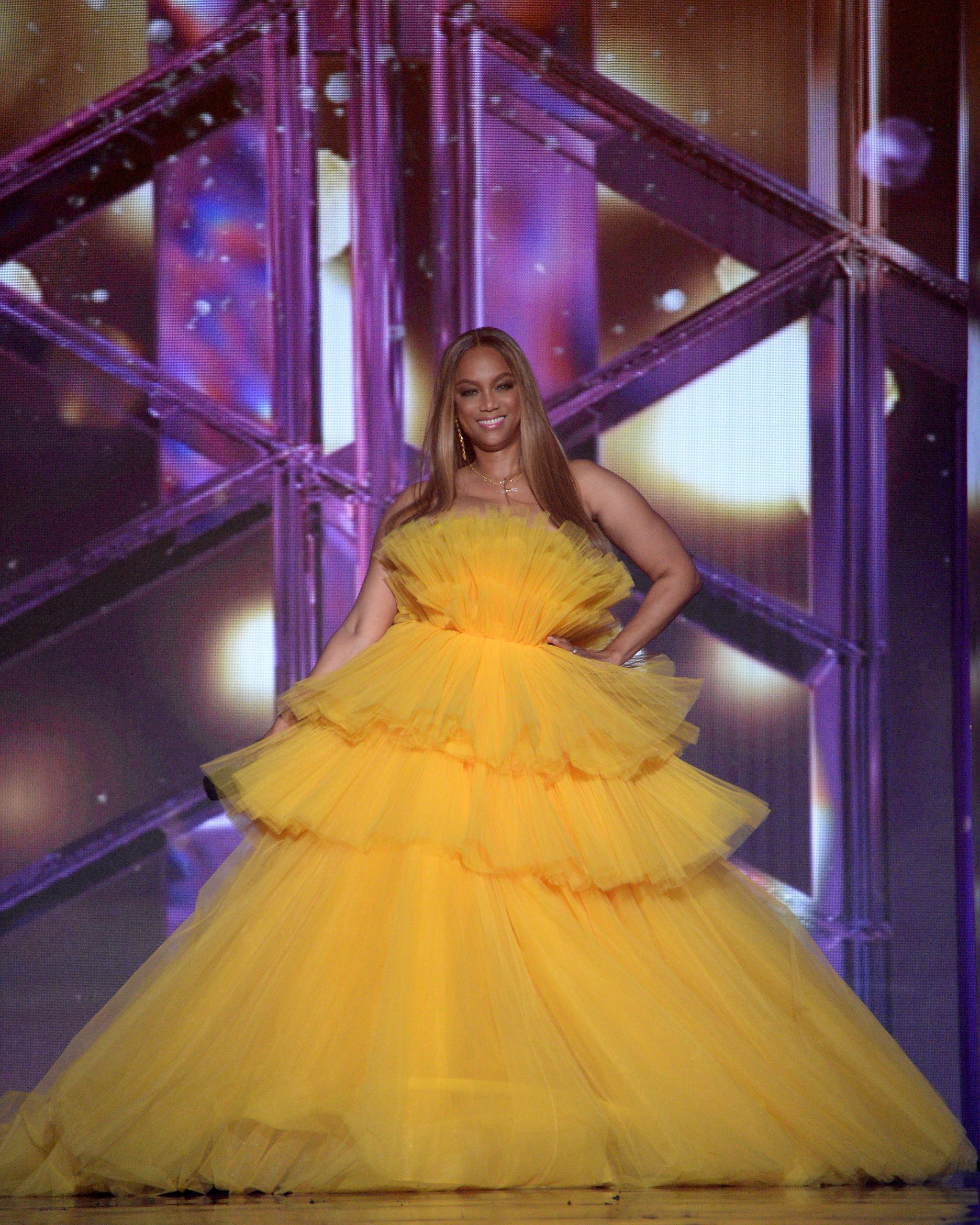 One thought on “Wardrobe Breakdown: Tyra Banks On Dancing With The Stars”