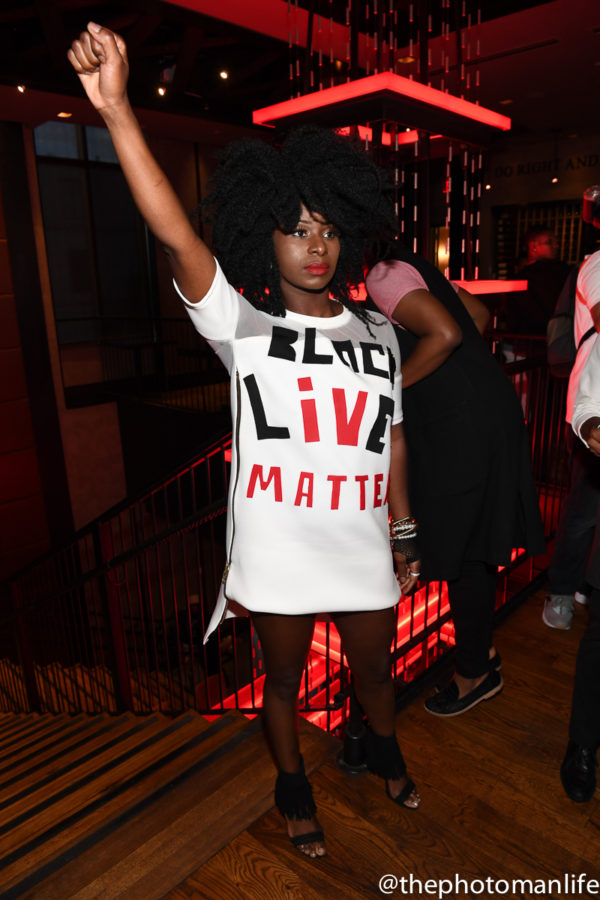 The other night, I attended a private screening of the hit reality series Cutting It In the ATL that was held in Buckhead at a swanky restaurant. While having a nice time at the event, I noticed that reality star and hairstylist Mushiya Tshikuka made a fashion statement with her outfit of choice. I have the details on her custom look inside… 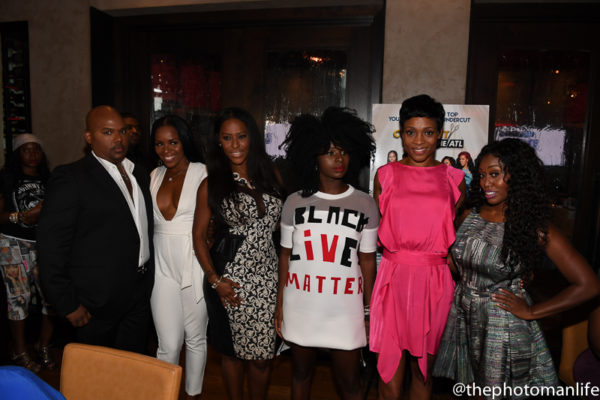 During the private screening of Cutting It in the ATL, Mushiya wore a custom #BlackLivesMatter shift dress that represented moral support to the #BlackLivesMatter movement. She teamed up with celebrity stylist and friend to the site Melvin Styles and fashion designer Carlos Antoine to create her fashion statement for the viewing party. 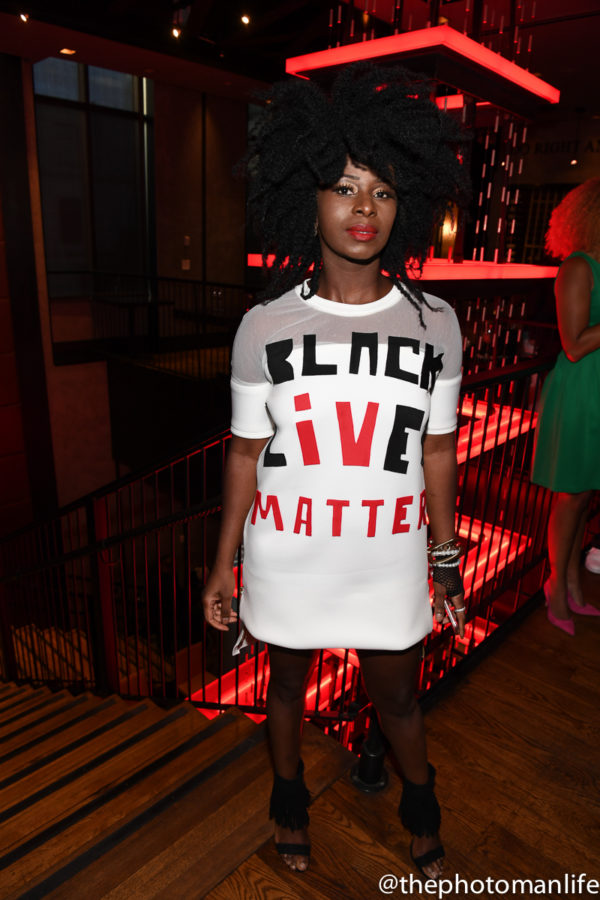