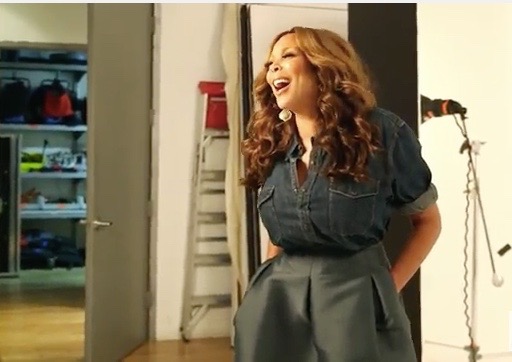 Congrats are in order for talk show diva Wendy Williams. She is quite the girl that stirs up a lot of controversy and this year along, lots of people started petitions to get her off the air but it didn’t seem to work because not only is she gearing up for season 7 of The Wendy Williams Show, she also will have an all-new series called, Death By Gossip that will premiere on September 14th on Investigation Discovery Channel,. She will be the executive producer of that show too. Inside you can find out a lil bit more about her new project and her behind-the-scenes video of her recent photo shoot for her new season!

From a respected English teacher’s very own Shakespearean tragedy entangled by sex, greed and betrayal, to a college kid wrapped up in a twisted love triangle with a dash of black magic, this series warns viewers of the tempting grapevine, because it can quickly strangle the most unsuspecting of prattlers. In the premiere episode “Killer Education,” airing Friday, September 4 at 9/8c, the body of English teacher Susan Reinert is found stuffed into the back of her car, and police quickly turn to her ex-husband for answers. But as detectives learn more about the victim, they uncover a trail of gossip leading them in countless directions.