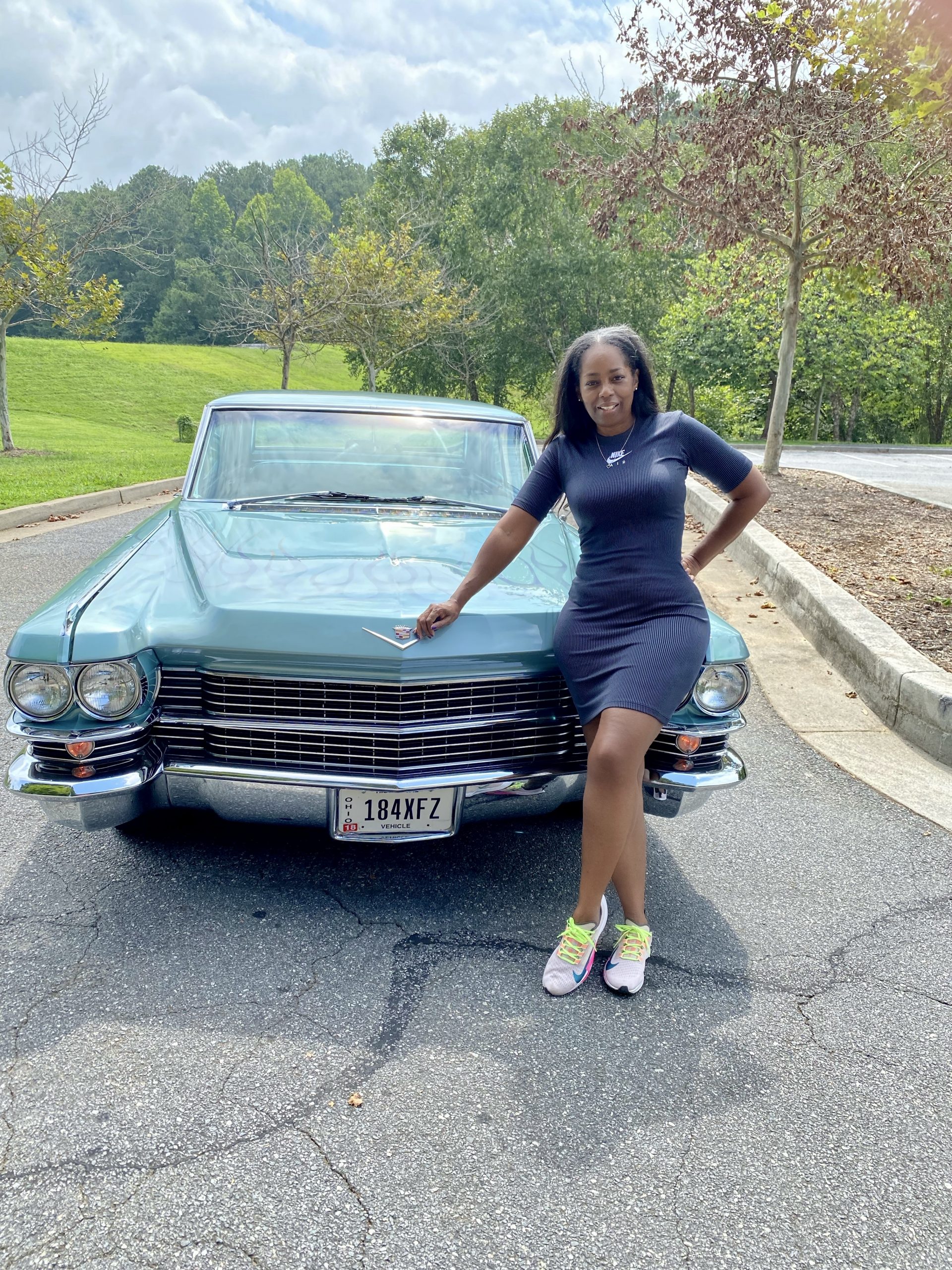 I have a friend in my neighborhood who’s a car enthusiast like me. We also go way back because he is also from my hometown of Cleveland, Ohio. We see each other out at different car events and send each other text messages if we know of other cars shows coming up. He is a huge car collector and has some really cool rides that I’ve seen over the years.

Yesterday afternoon he introduced me to his baby, a 1963 Cadillac Coupe De Ville. He brought it up to our local park and I met him there to check it out. This caddy was such a pretty color but my gosh it was LONG! The front end really stuck out but I could tell that this car was loved over the years. My friend Theo said it has won over 30 trophies in different car shows and is such a keepsake.

I got a chance to drive it and the steering wheel was HUGE lol. It still had all the original parts and I had NO clue that this car was made mainly of pure steel! It had so many intricate details like the sharp tail fins, dual bullet tail lights and beauty panels…omg! It still rides smooth and back in the day this car fully loaded (and yes it has power steering, power brakes, power windows, power seats) would have cost about $3,500. Whoever bought this car back in 1963 had to be rich too, isn’t that hilarious? Cadillacs back then were only for the wealthy.

This car was made in Detroit, Michgan and designed by Bill Mitchell.

Check out a few snaps inside that I took and thanks to Theo for letting me cruise around in this classic cadillac. I’ve also included a few fun facts of things that were going on in 1963. He stated that he might rent it out for movies or videos, he has to see. Have a great day everyone! 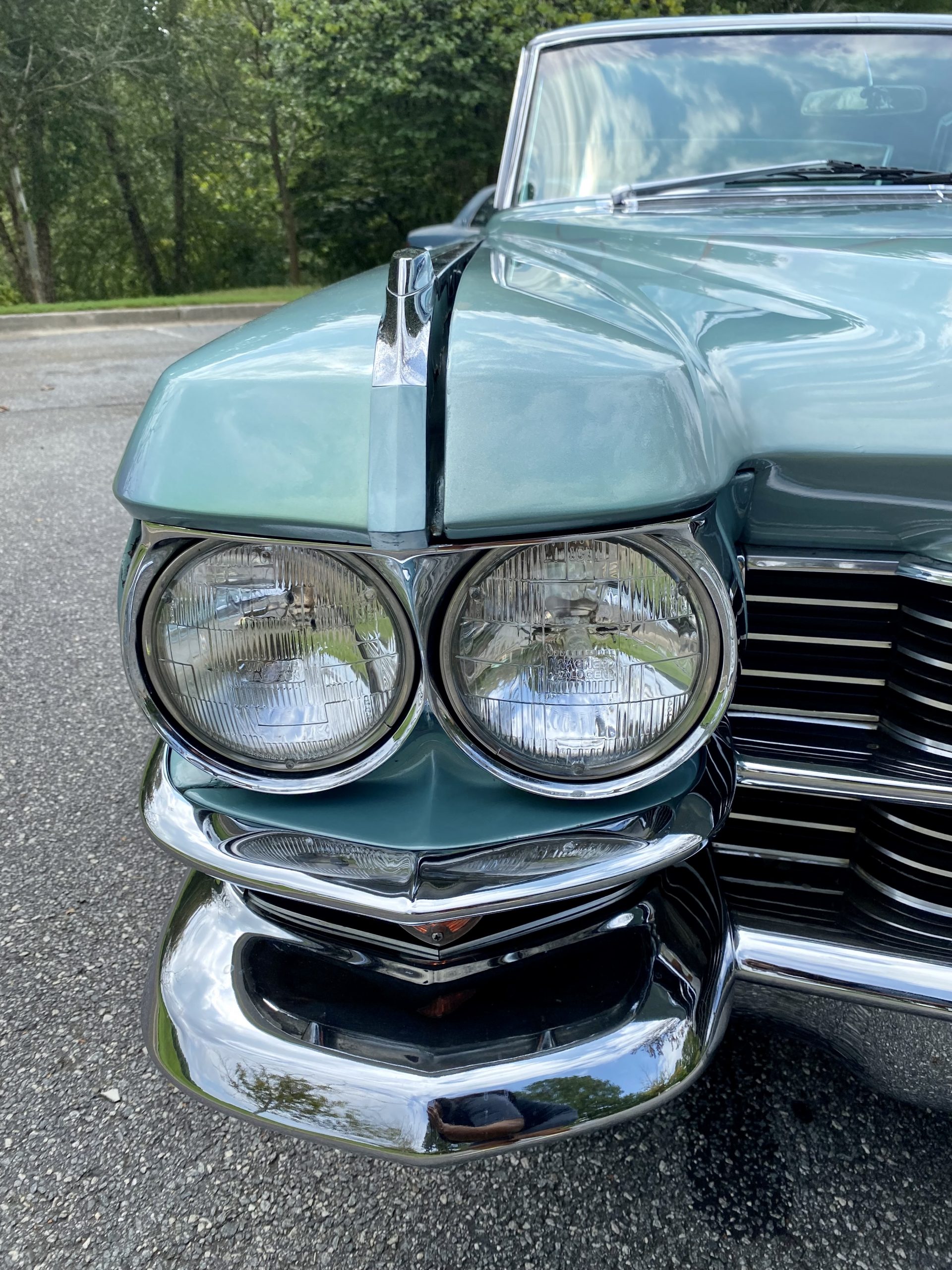 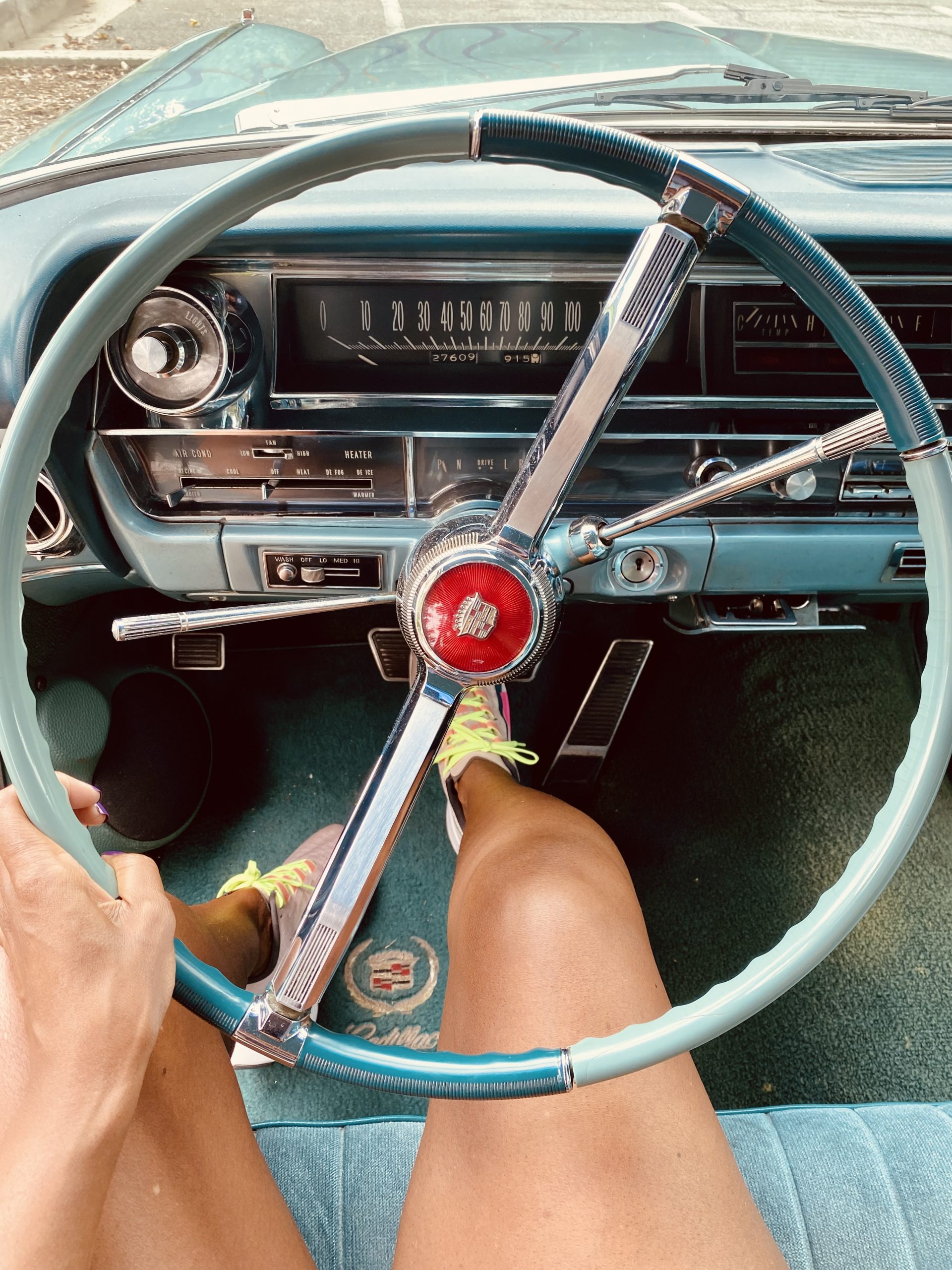 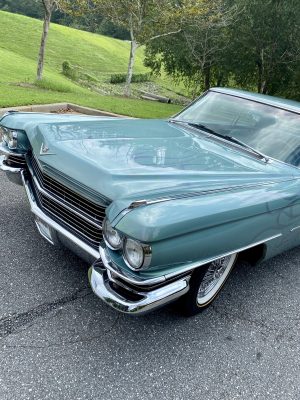 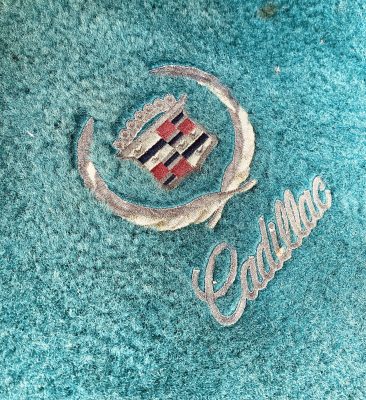 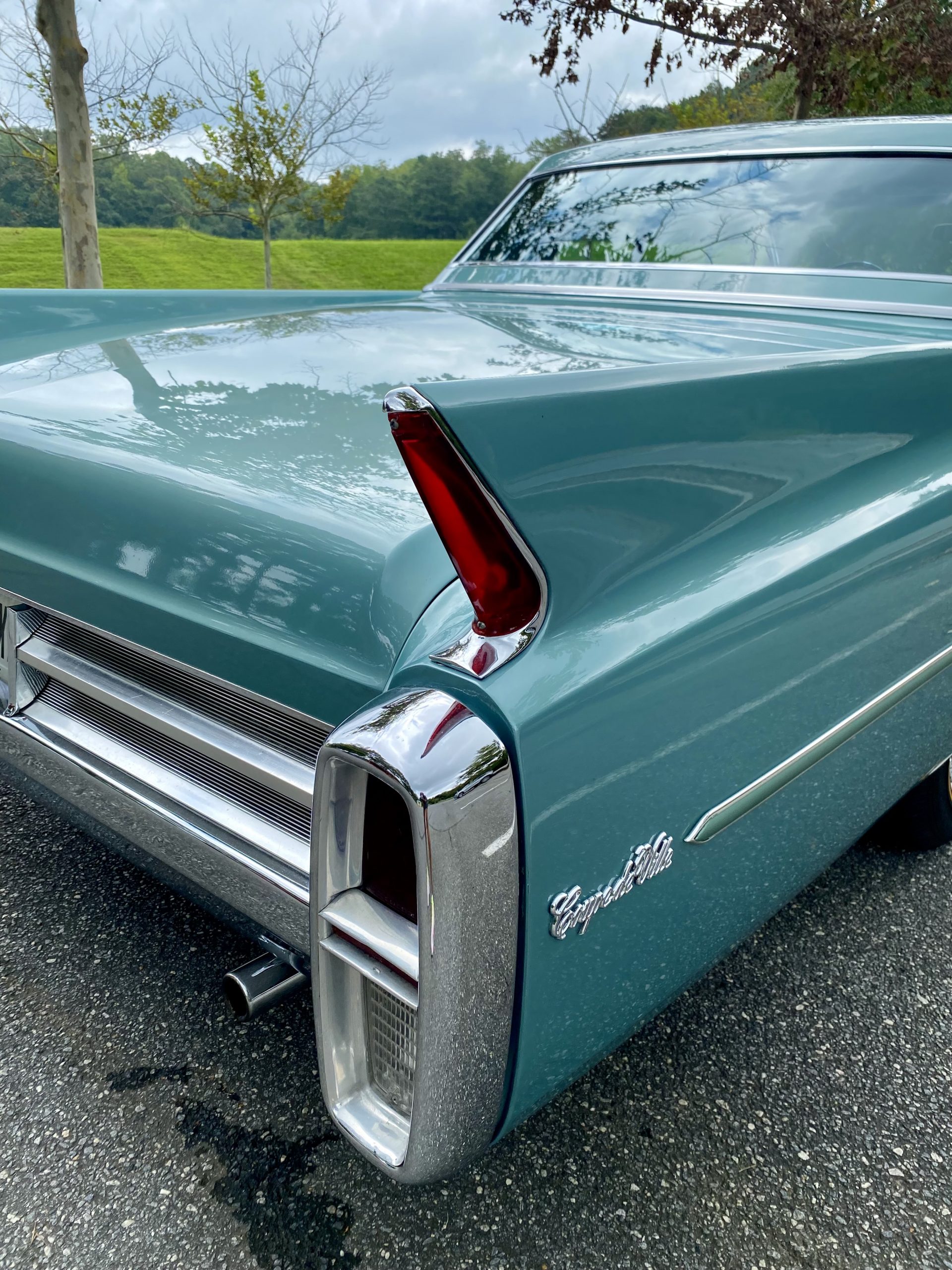 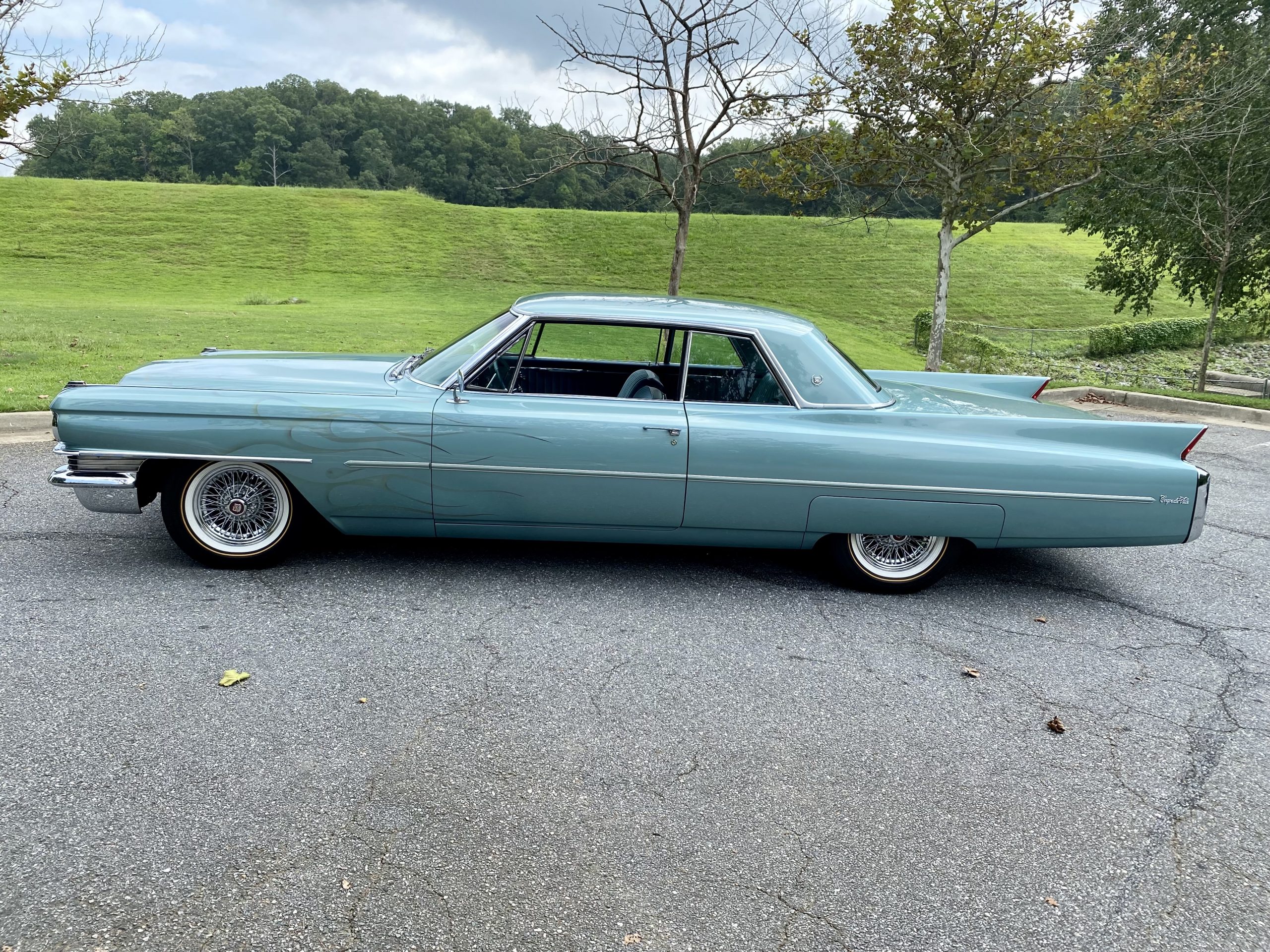