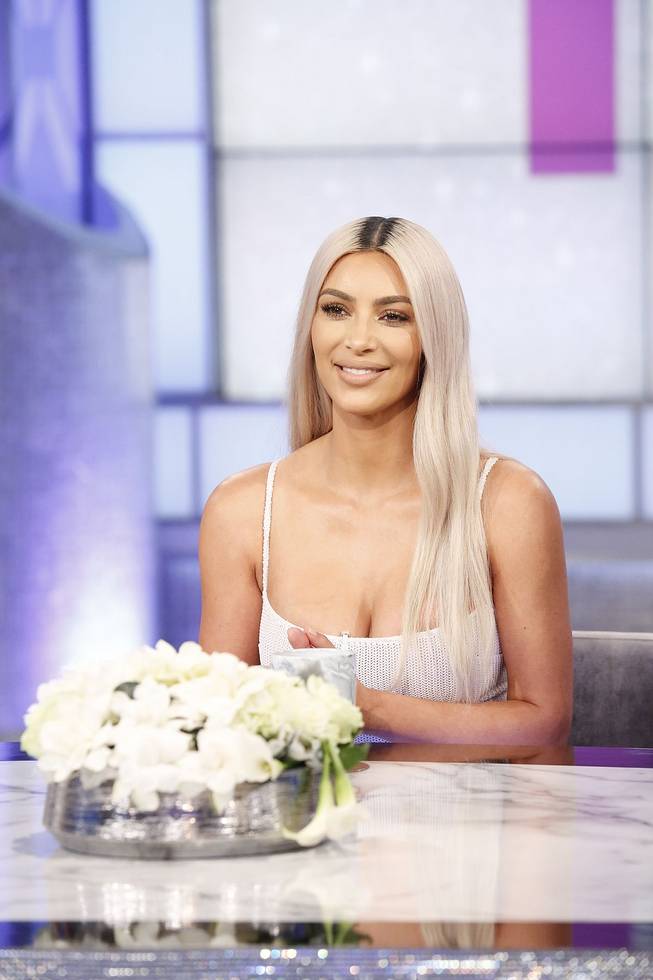 Today on The Real, it was the Kim Kardashian West Takeover Show! The Real hosts welcomed television personality, producer and businesswoman Kim Kardashian West! The star of Keeping Up With The Kardashians gave the ladies the scoop on why she didn’t invite her surrogate to her recent baby shower and how her surrogate found out whose baby she was carrying! She also chatted about how her daughter North West is preparing to be a big sister again, and how she felt about her children someday watching her family’s reality show. Kim also talked about her new fragrance and signature scent, Crystal Gardenia, her new makeup line, KKW Beauty, and she gave the hosts some personal beauty tips. Check out all the pics and video clip inside… 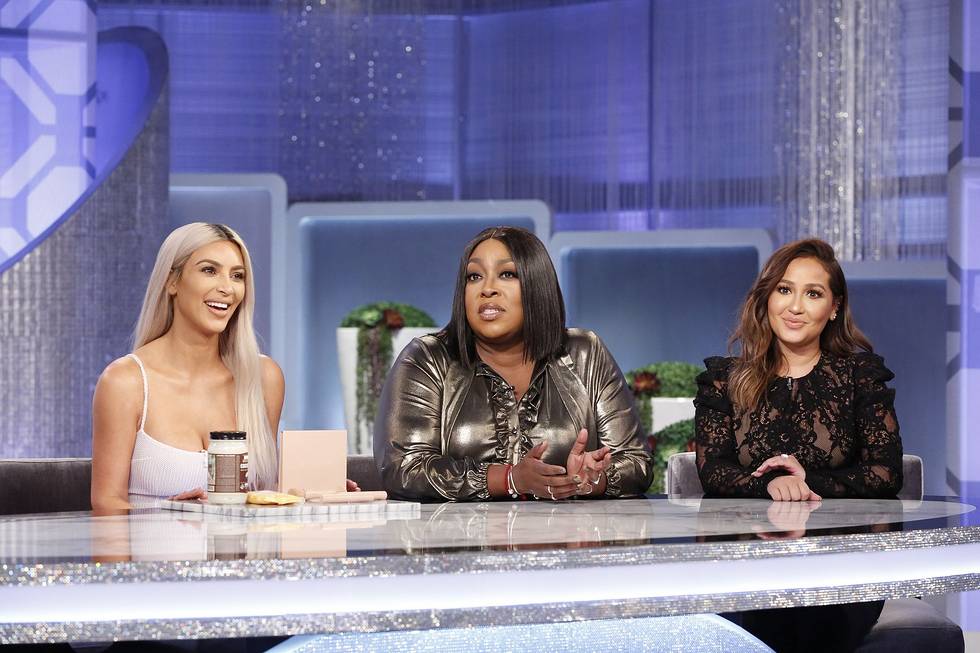 Loni Love: Did you invite the surrogate?

Kim Kardashian West: I, um, I did not. I did introduce her to my family, and the reason – I introduced her to my family earlier that day, and you know, I just thought… I don’t know, it was like a weird decision to have to make. Of course I would have wanted her to be there, and be a part of it, but I hadn’t really gone that far in explaining it to my kids yet.

Kim: So I have to figure that out first before they really see, and then if we’re celebrating, you know her, I just wanted to celebrate kind of, the baby… I think I have to explain it to my kids first and figure out how I’m going to explain it to them.

Tamera Mowry-Housley: Got it, ok.

Adrienne: You have to do what makes you feel comfortable and also, for her.

Kim: I love her. I have the best relationship with my surrogate. She’s so nice. She’s the perfect person to do this for my family. 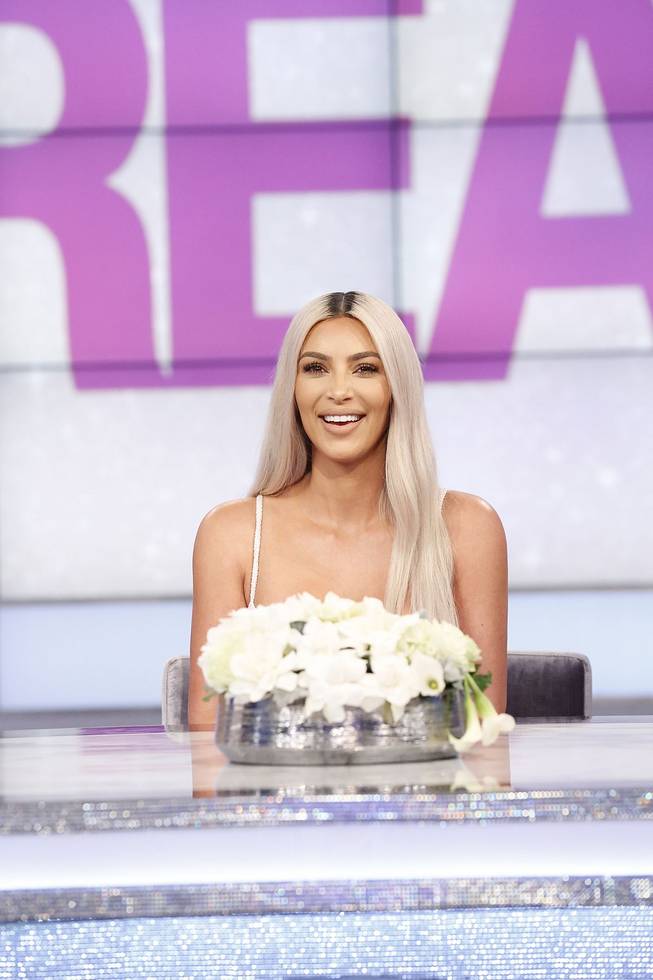 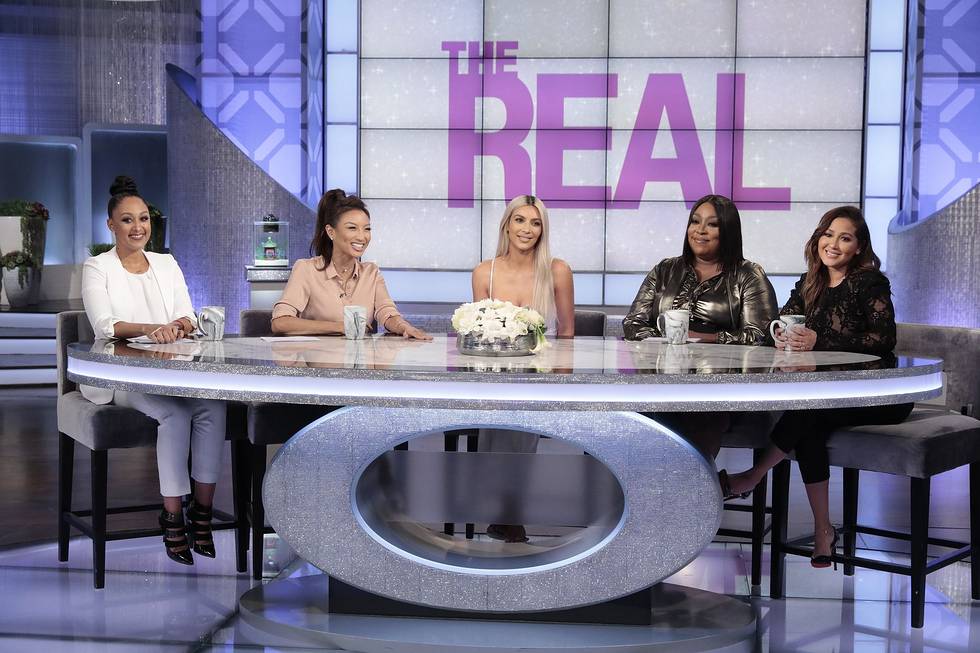 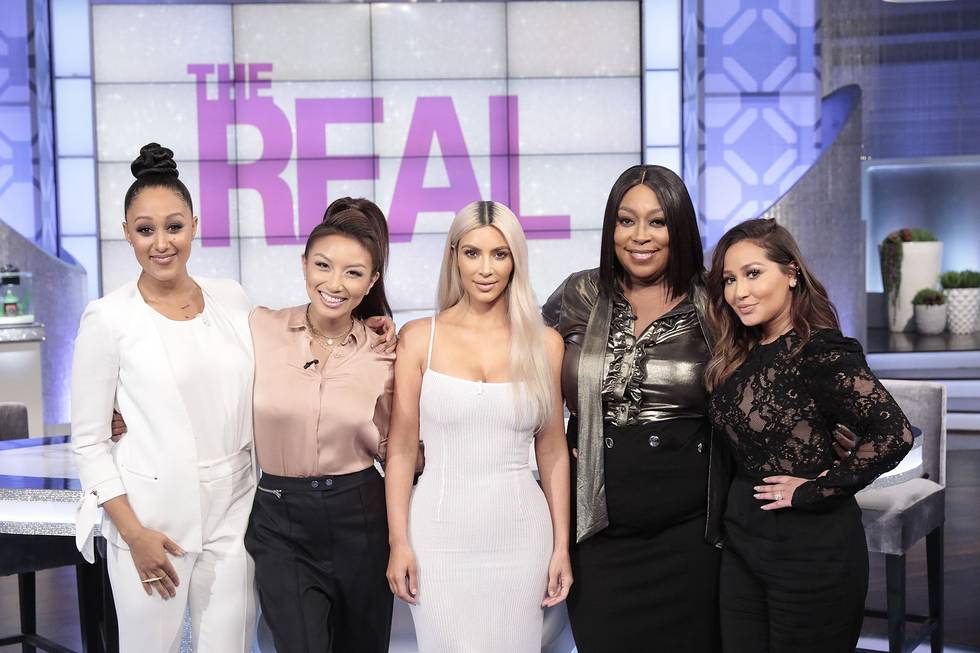