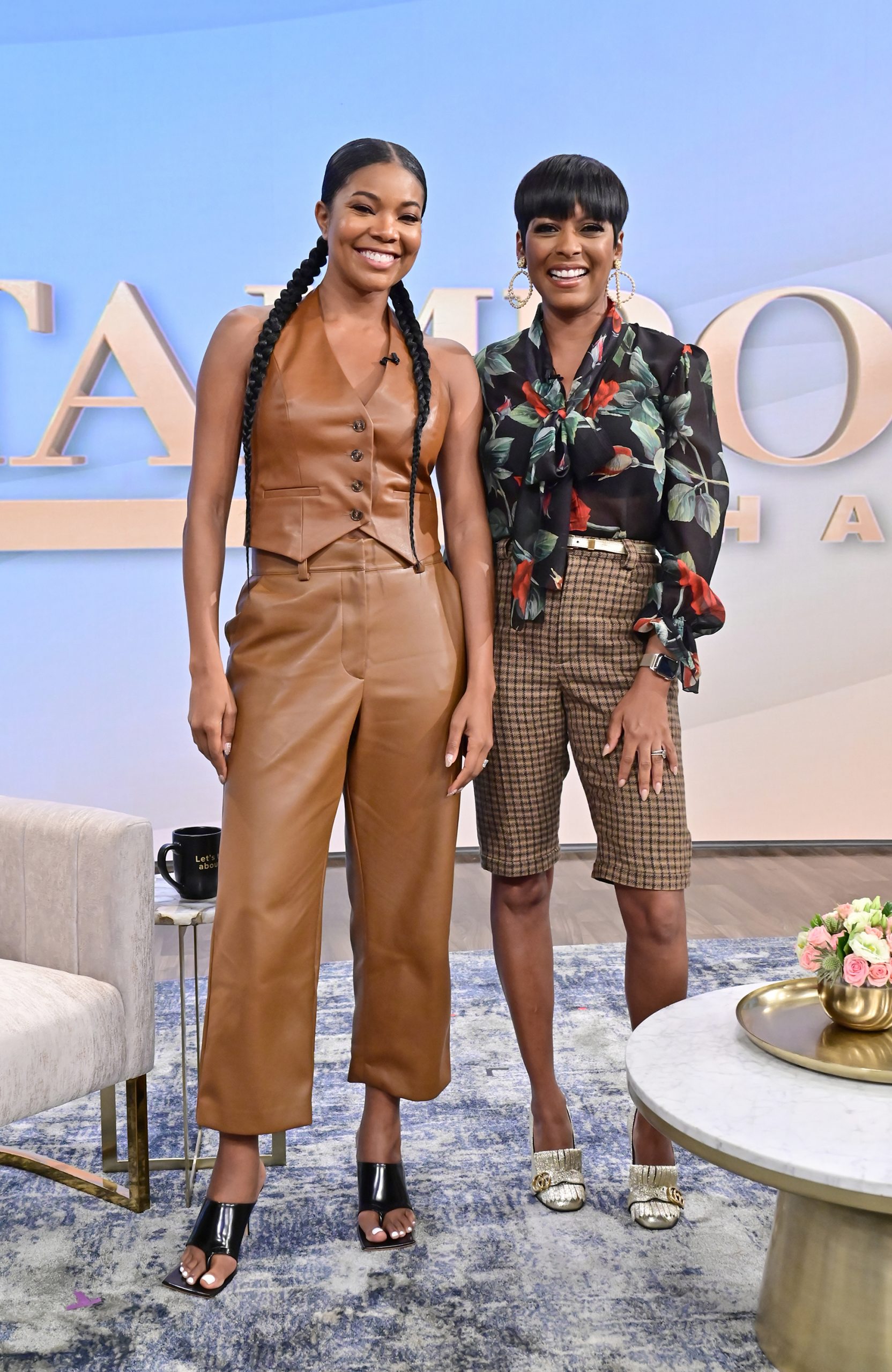 On the Wednesday, September 15 edition of “Tamron Hall,” actress and author Gabrielle Union joined Tamron in-studio in support of her latest book, You Got Anything Stronger? During their candid conversation, Union revealed the disappointment she still holds for Isis, her character in “Bring It On,” 20 years after the release of the hit film. Union also shares why she decided to vulnerably discuss race within her second book and how she approached her surrogacy journey with her father. Check out the video clip inside… 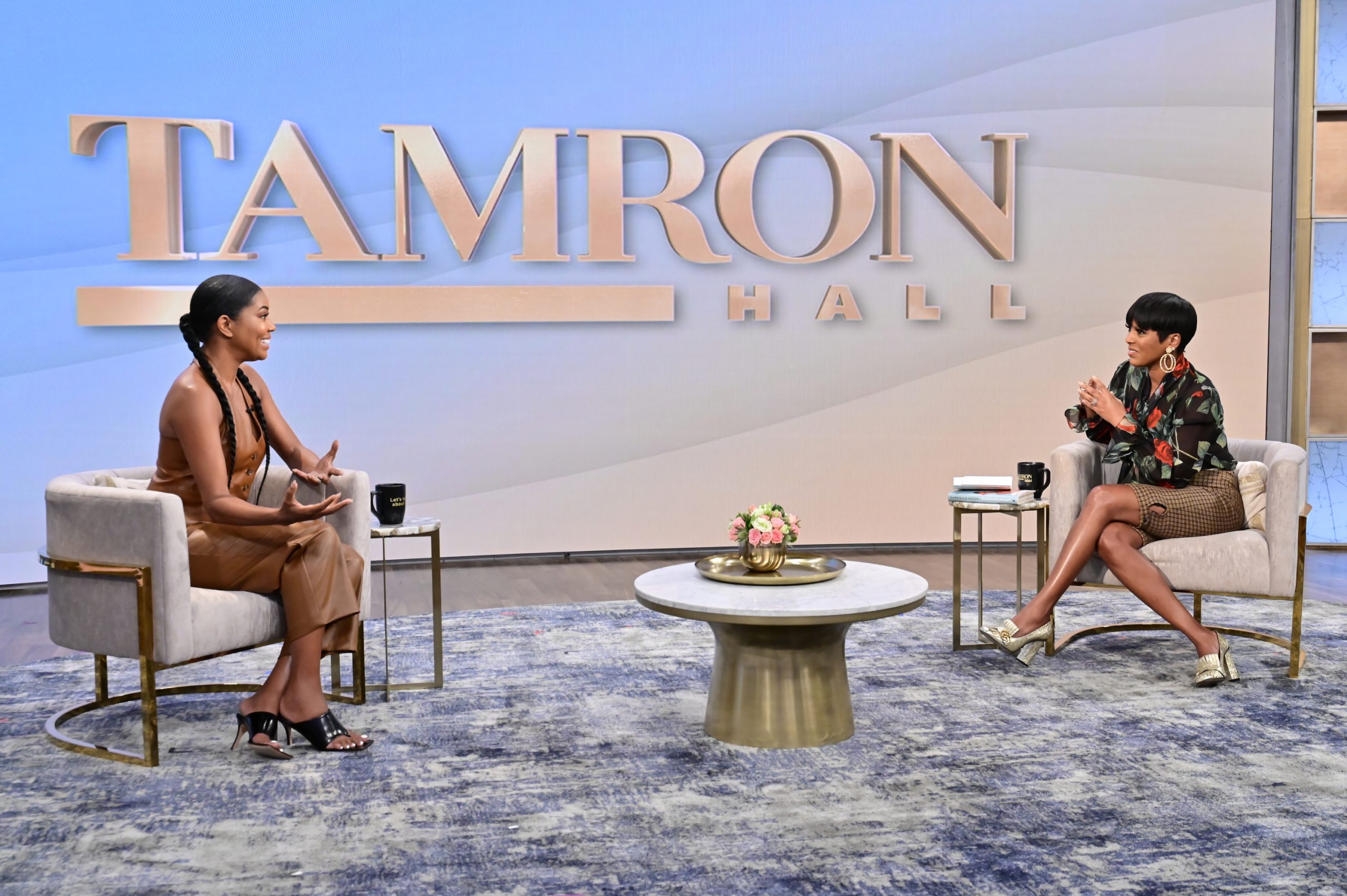 Union on her regrets surrounding her character of Isis in “Bring It On”:

“I was given full autonomy over this character…and what I chose to do when I was given complete freedom was to put a muzzle on her, to strip her of her humanity and her right to be angry at the harm caused. She had to be the most gracious victim ever.” She continued, “And instead of calling a thing, a thing, by the end of the movie when Kirsten Dunst’s character says, ‘You guys are just better.’ And instead of just being like…’Yes we were. And when the playing field was truly equal and you had to do your own work, it wasn’t good enough. Take that L, and sit with it.’…That’s what it should have been. But I was afraid.”

Union on Isis still being villainized after over 20 years following the film’s release:

“Last summer we’re doing the 20th anniversary ‘Bring It On’ panels. It’s me and Kirsten [Dunst] and Peyton Reed, our director, and this meme appears of movie villains. And guess who’s on the list? Isis. This victim became a villain for asking to be acknowledged, for accountability. Somehow she was made a villain. And I had muzzled her. I didn’t give her her full humanity or the right to be angry, and she was still a villain. Think about how many times that someone has harmed us, caused great damage to our reputation, our careers. And somehow we were put in the position of having to apologize to them. Do you need a Kleenex because you seem to be so upset about the harm you’ve caused me?”

Union on why she decided to open up about race in her second book:

“I was afraid [of] losing it all…Because of the truth in Hollywood, it’s choppy waters. But the reality is, it takes one person and then it’s like, ‘okay, okay.’ Two people, three people, we all come forward. MeToo, Time’s Up, you know, judgment day. Last year, I’ve been calling it judgement day. And no one suddenly evaporated. We could talk about the massive elephant in the room that we always tap dance around…When you mean, let’s talk about race, its diversity and inclusion. We’re not talking about diversity and inclusion, we’re talking about anti-Blackness and we’re talking about racism, let’s call it what it is.”

Tamron on sharing her pregnancy news with Gabrielle Union:

“So Gabrielle Union, this is the first time in the studio live, but she was in my pilot. And when I called you personally to ask for a favor to be on the pilot, I was secretly pregnant. And she was expecting her first baby [Kaavia]. And at that moment, I said, ‘I’ve got something to tell you.’ And I told her. And she said, ‘Well, I got something to tell you too.’ And it was like a weight had lifted.”

Union on her father’s reaction to her surrogacy journey to welcome her daughter Kaavia:

“Being so excited to share with my dad who’s been begging, asking, you know, my whole adult life, ‘When is my grandchild coming? When is my grandchild coming?’…I had the first wave of just pure joy and excitement and pride. And then it went to ‘now, what?’…And the more I was trying to explain the science, the more I felt like he was being willfully obtuse.” She continued, “It’s always gonna sting…You don’t get those moments back, which is why I’m so conscious of those moments, with Kaav and with Zaya. Because I know that these are the moments they’re going to hold on to forever.”

Union on how she approaches colorism with Kaavia: