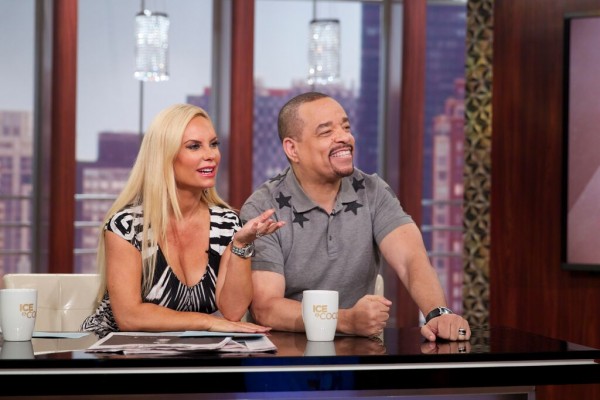 In an all-new episode of Ice & Coco on Tuesday, August 11th, Ice-T explains why he won’t gift his wife Coco with a push present after she delivers little Chanel Nicole! Ice and Coco also reveal why they both hate the telephone in a hilarious “About Last Night.” Plus, Craig Robinson (NBC’s Mr. Robinson) shows off his musical talent and encourages a sing-along to Ice-T’s famous song “Colors” with both Ice and Coco! 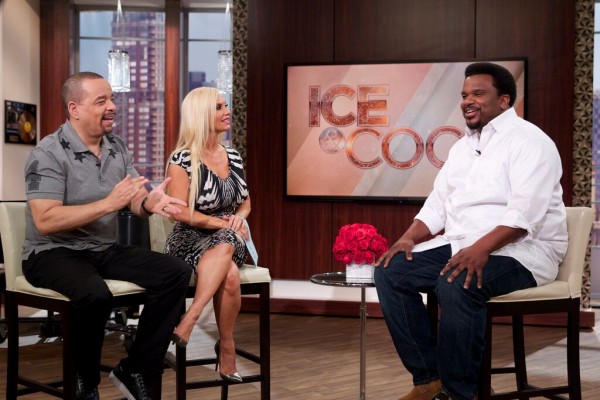 Ice On Push Presents & Why Coco Shouldn’t Expect One!

Coco: OK, I didn’t really know what this was either, so let me just break it down. Apparently a push gift is a gift you get after a woman pushes out a baby.
Audience cheers.
Ice: I ain’t with it….you gonna push that baby out whether you want to or not. So why do you get a gift for something? (Toaudience) Oh, you think you need to get rewarded for having a baby?
Audience cheers yes.
Ice: Alright, let’s think about this really ladies…you want a gift, I get it. But, shouldn’t the baby be the gift?
Coco: That’s true.
Ice: I mean are you sitting there holding the baby like oh, that’s beautiful, where’s my gift? Well, c’mon where’d my ring go? Put the baby to the side, what did I get? It’s not a prize, you don’t win a prize for having a baby.
Coco: (Referring to audience) She says an appreciation gift.
Ice: I think if you appreciate your wife and she’s been through a struggle, you can give her a gift. But I don’t think it should be demanded or expected.
Coco: I believe that’s true too. I’m not expecting anything.
Ice: I’m going to take you out to a good dinner, I’ll take you to In-N-Out or something….so you know I appreciate and love you.
Coco: I mean a step up from In-N-Out …let’s go…
Ice: Taco Bell? …Where you wanna go? Wendy’s?
Coco: Five Guys.
Ice: Five Guys, alright. 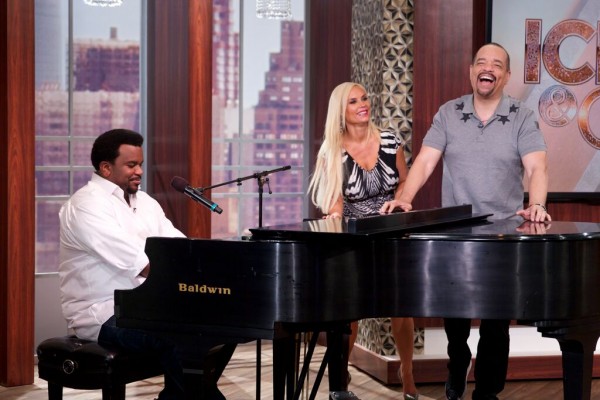 Ice & Coco On Why They Hate The Phone!

Coco: People don’t know, we share a phone actually.
Ice: Most of the time. And then she has an assistant, so don’t let her play you…Soulgee answers all Coco’s phone calls.
Coco: Soulgee is my assistant if you guys didn’t know, but yeah I hate the phone. Don’t you hate the phone when it rings? It’s like annoying, like pick me up, pick me up.
Ice: Not to some people, it’s like (singing) love is in the air! The phone is ringing.
Coco: I hate the phone. It’s always on vibrate. Icannot stand the sound of it.
Ice: I don’t talk on the phone, at all. Cause that’s probably from my gangster past…the feds roll tape, you know what I’m saying? So, I don’t talk on the phone.
Coco: He always relates things to crime, if you know that about him.
Ice: You relate things to what you’re most familiar with. I’m sorry.
Coco: Babe, that was like 20 umthing years ago.
Ice: Alright, but who’s calling on my phone?
Coco: All the jail people. 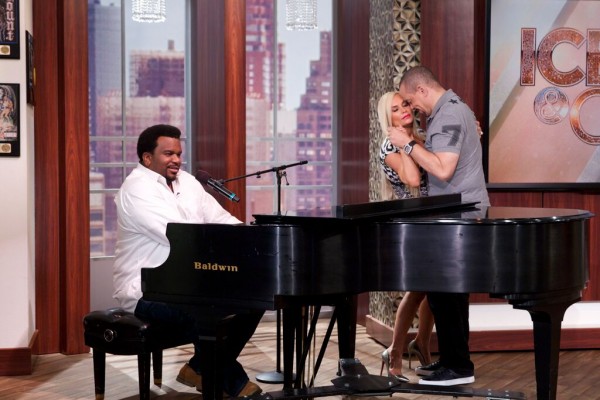 Craig Robinson Shows Off His Music Skills & Sings Along to Ice’T’s “Colors” with Ice & Coco!

Coco: So what instruments can you actually play?
Craig: I play piano.
Ice: Well, we just happen to have a piano right over there and a microphone, so c’mon.
Craig: What you wanna hear?
Ice: I mean I know you’re good behind the keys, man. Let’s see you do what you do.
Craig starts to play piano.
Coco: Colors, Colors…
Craig: Where you at Ice?
Ice: (Starts rapping) I am a nightmare walking, psychopath talking. King of my jungle, just a gangster stalking….alight, alright, alright.
Ice and Coco clap with audience