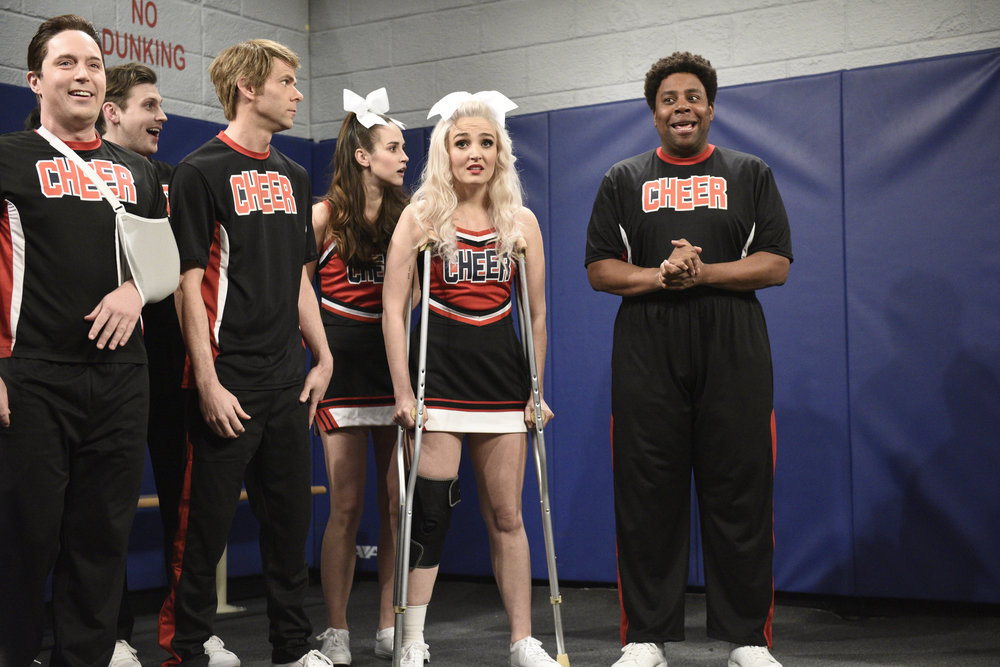 Have you guys been watching Netflix documentary Cheer? If you have not watched it yet, boy you should check it out! Being a former cheerleader and my daughter being on a competitive cheer squad back in Ohio, I found this film to be very informative and entertaining! It goes inside the life of a 14 time National Championship winning cheer squad at Navarro College in Corsicana, TX.

It shares the cast back stories and how they became the champion cheerleaders they are today. The show is so good and I binged-watched the whole series over the weekend and couldn’t move off the couch! Then on Saturday Night Live, they spoofed the docuseries and it was so hilarious! When you make it to SNL, you know you are doing something right…most times lol.

On SNL, A group of cheerleaders (Adam Driver, Halsey, Kenan Thompson, Kate McKinnon, Ego Nwodim) prepare for major competition despite injuries in the Netflix docuseries Cheer. Check out more pictures and a video clip inside plus the trailer of Cheer on Netflix now. Have a great day! 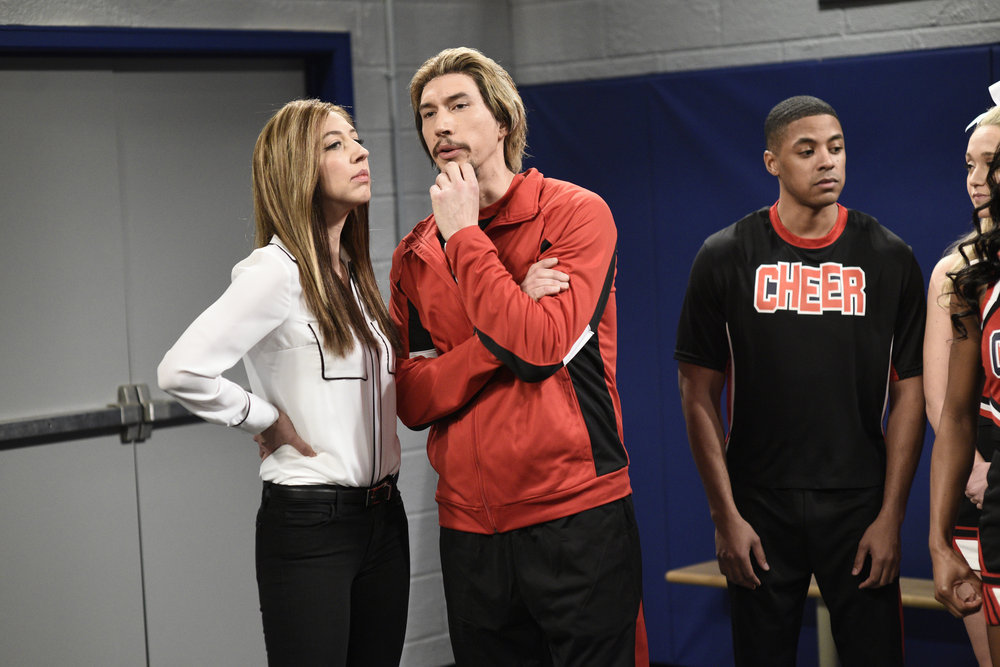 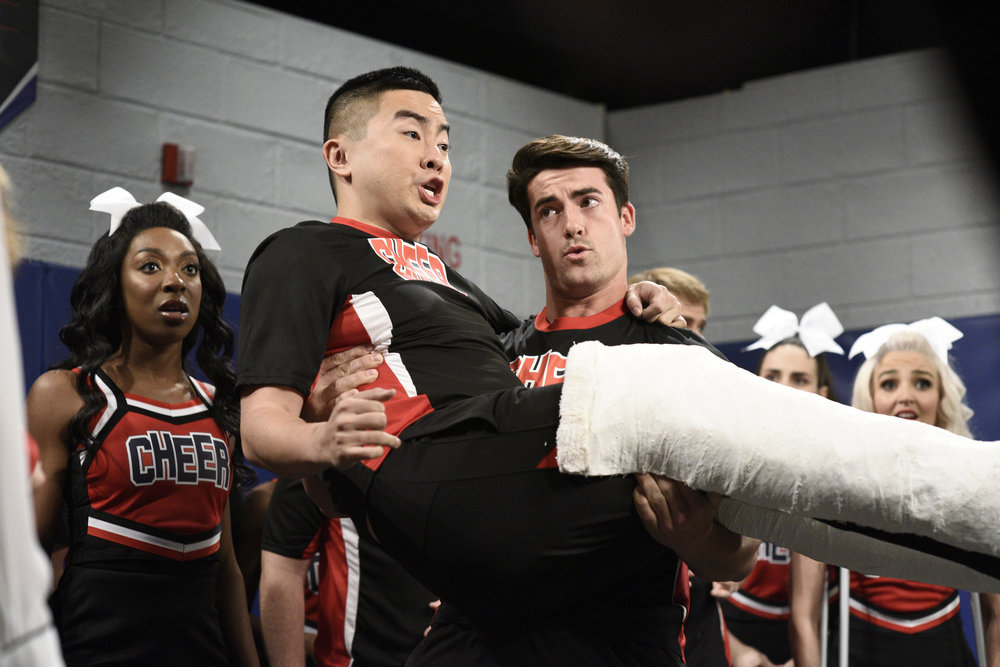 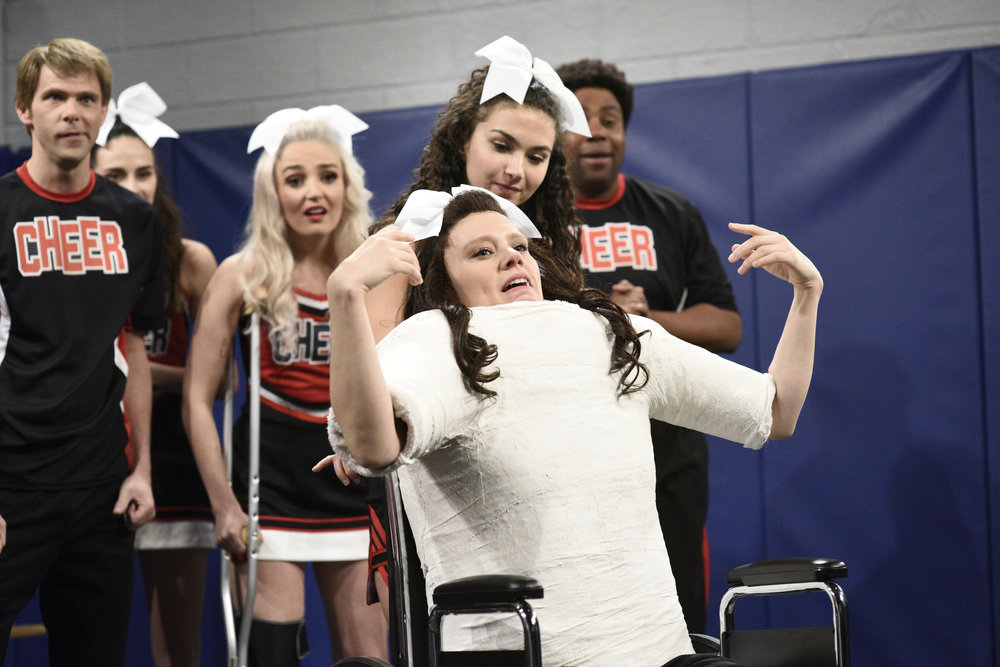 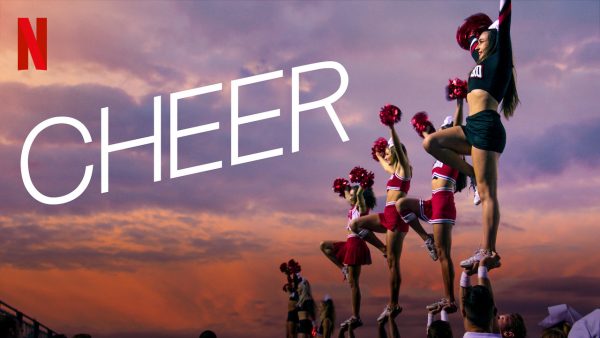 The stakes on the mat are high, but for these cheerleaders, the only thing more brutal than their workouts and more exceptional than their performances are the stories of adversity and triumph behind the athletes themselves. From the team behind Last Chance U, Netflix’s new documentary series “Cheer” follows the competitive cheerleaders of the 14-time National Championship winning team at Navarro College in Corsicana, TX. Over the course of six episodes join the team members as they face injuries, sacrifice, personal setbacks and triumphs, all leading up to one nail-biting and adrenaline pumping final competition at the National Championship.

Cheer premiered on January 8, on Netflix. Watch Cheer, only on Netflix: https://www.netflix.com/title/81039394