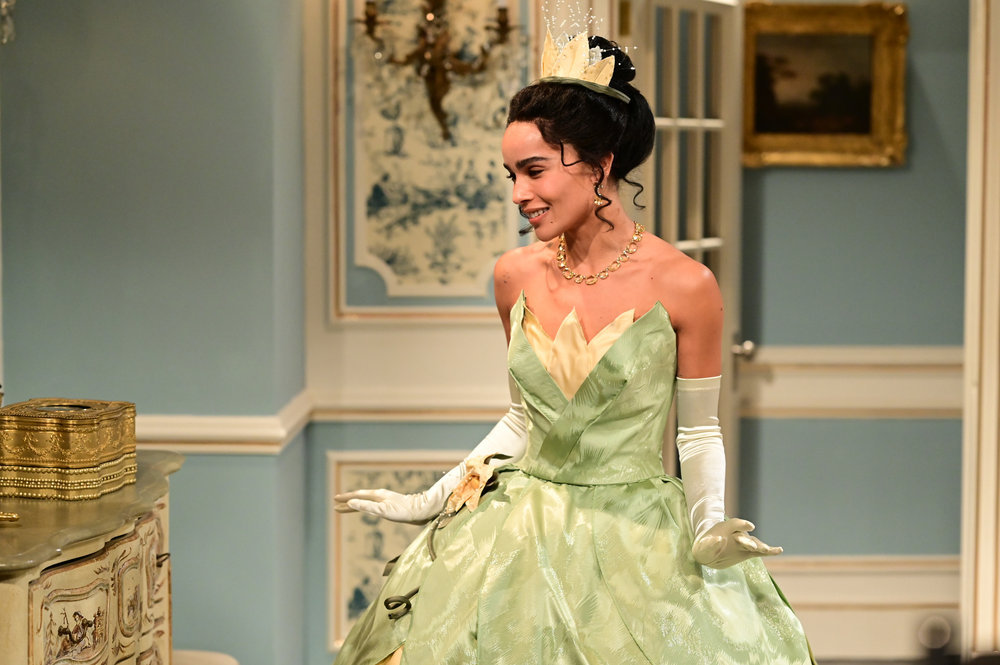 Did you catch Zoë Kravitz on Saturday Night Live over the weekend? I was fast asleep but woke up to learn that she hosted the show. It was her very first time and she got mixed reviews. She is Catwoman in the new Batman movie and I’m sure she was on to promote it. On the show in one of her skits, she magically appears in the classic Disney film, Princess Tiana and learns a shocking fact about frogs lol. I thought she did okay in the scene but some parts fell flat.

She also participated in sketches called, Maid of Honor, Amazon Go as well as a Game Show. See a video clip inside, she made for a pretty princess though! 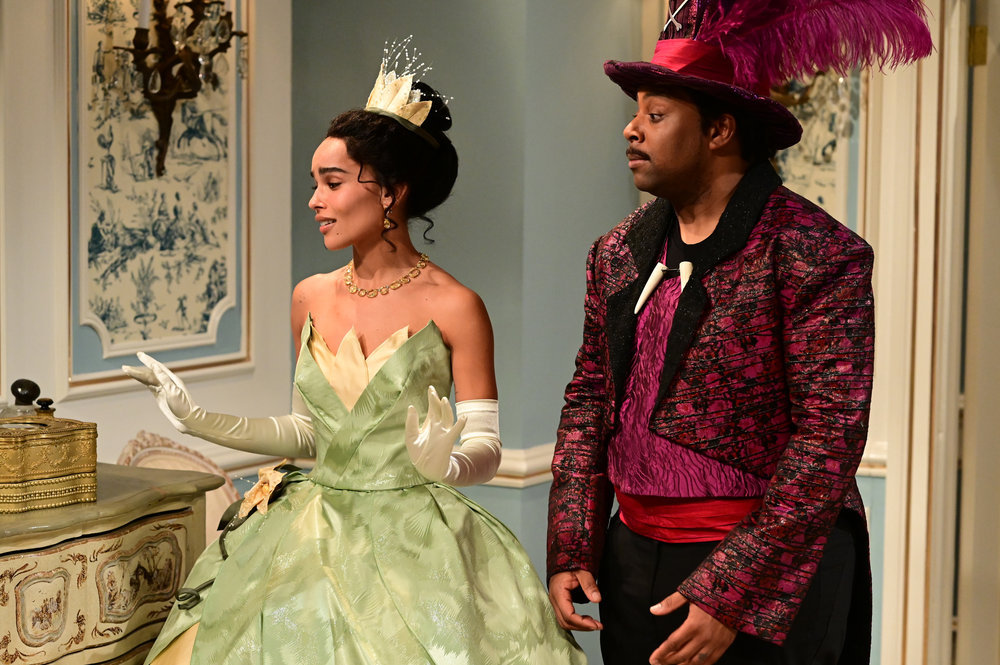 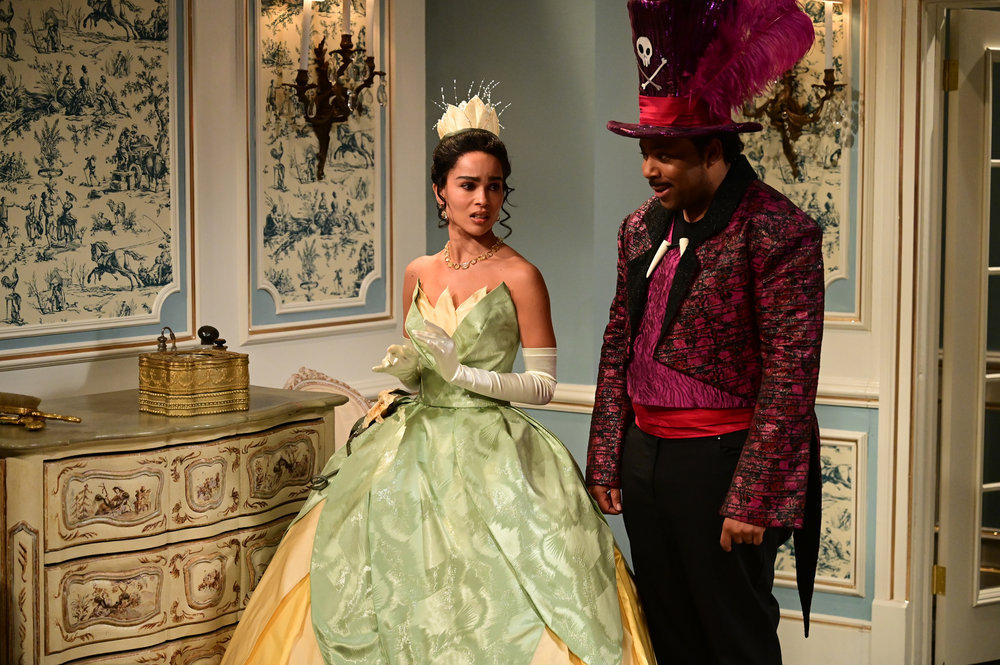