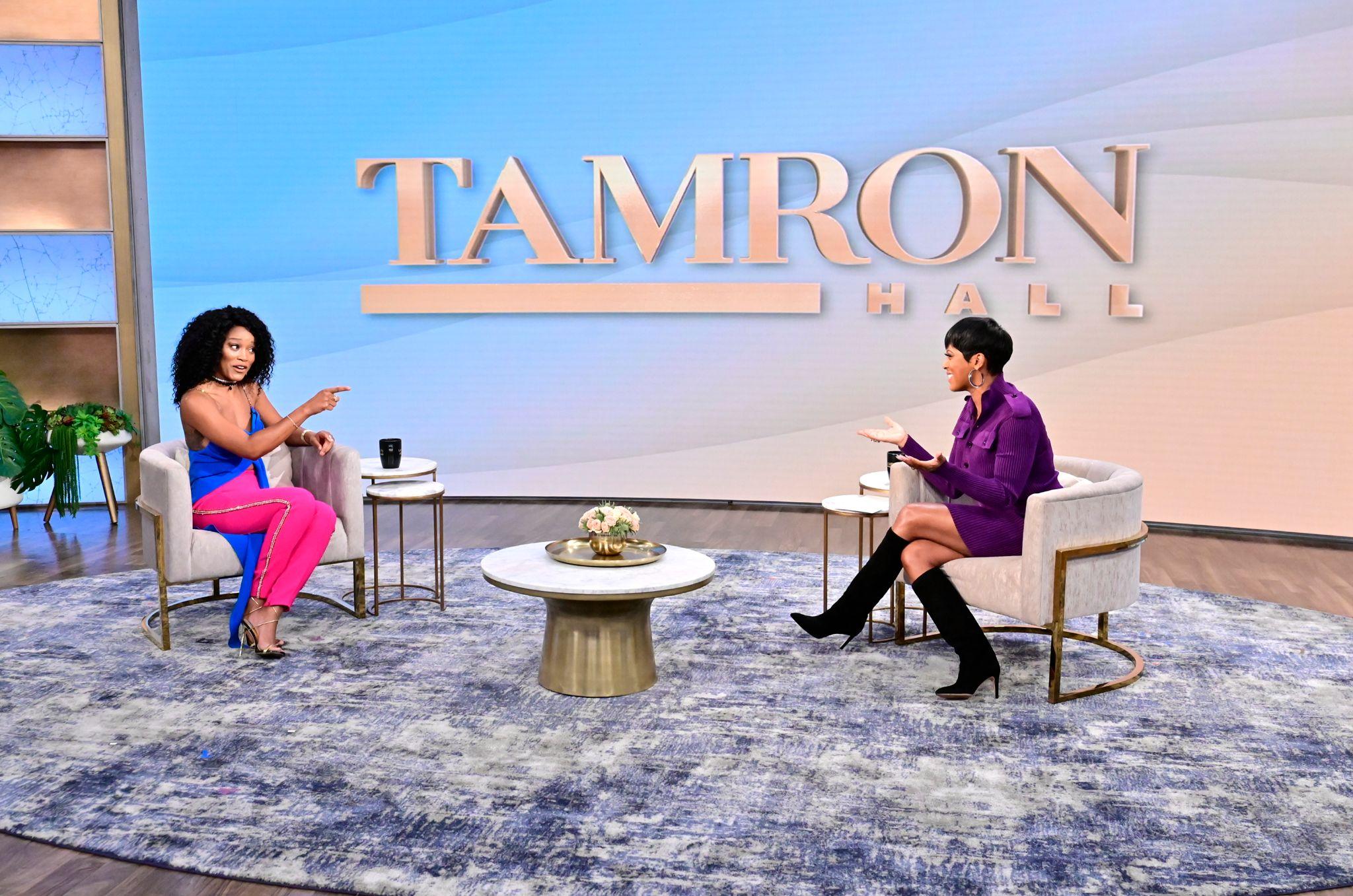 “Tamron Hall” kicked off the show’s “Fall… in Love” week on Monday, November 15 with special guest, actress and TV personality Keke Palmer. Before discussing her new Amazon series of short stories, “Southern Belle Insults,” Palmer opened up about boyfriend, Darius Jackson, and why she decided to go public with the relationship. She also got candid about her battle with Polycystic Ovary Syndrome [PCOS] and revealed why sharing the diagnosis helped her learn to love herself. See the clip inside…

Keke Palmer on why she went public with new relationship:

“I’m really one of those people that very much so, keeps it on the Beyonce tip of just like, you know, keeping everything low key. I think the reality is just, it became more difficult to hide you know that, you know we spend all this time together and he’s really my closest friend so it just becomes a thing where I’m not going to hide something that makes me happy.”

“So PCOS is the short name for it [Polycystic Ovary Syndrome] and it can affect many people. I think it’s like one in four women is what they said. And so generally it would be like cysts on your ovaries. It’ll affect your hormones, sometimes giving you more testosterone and a little less estrogen, there’s a bunch of different variants that, you know, it’s different for everyone. Even my sister was struggling with it, especially when she was pregnant. And so I kind of discovered that, that’s what I was dealing with and it answered a lot of the questions to, not only why I had acne, but you know, why I grow hair on my face or under my chin, you know I kind of have a lowkey beard going on that I have to shave every couple of days. You know, I started to zero-in on the fact that you know, for me to have dealt with acne past puberty in the way that I did, there had to be something deeper going on. And that’s when I came up on PCOS and also things that I needed to change in terms of my diet.”

Palmer on why she decided to reveal her diagnosis with her following:

“Well, it’s a responsibility and sometimes it can be pressureful and other times you know, it’s something that I feel like it just can happen naturally you know what I mean? I do try to be thoughtful with my platform, but I’ll be honest, when it came to me talking about the PCOS and my acne struggles, it was to empower myself. It was to empower myself and to give myself the opportunity to say ‘you know what? Just own who you are, love yourself.’ It was like me telling myself ‘I love you girl no matter what. I love you so much. I’m going to show your whole self to the world and I’m not going to be afraid’ so that was actually, it was it was essentially kind of like a selfish act of saying, you know, hey, I still love myself and despite what I might be going through, and if you’re dealing with something like this, I love you too. And then to see the fans response to me, it really meant a lot.”