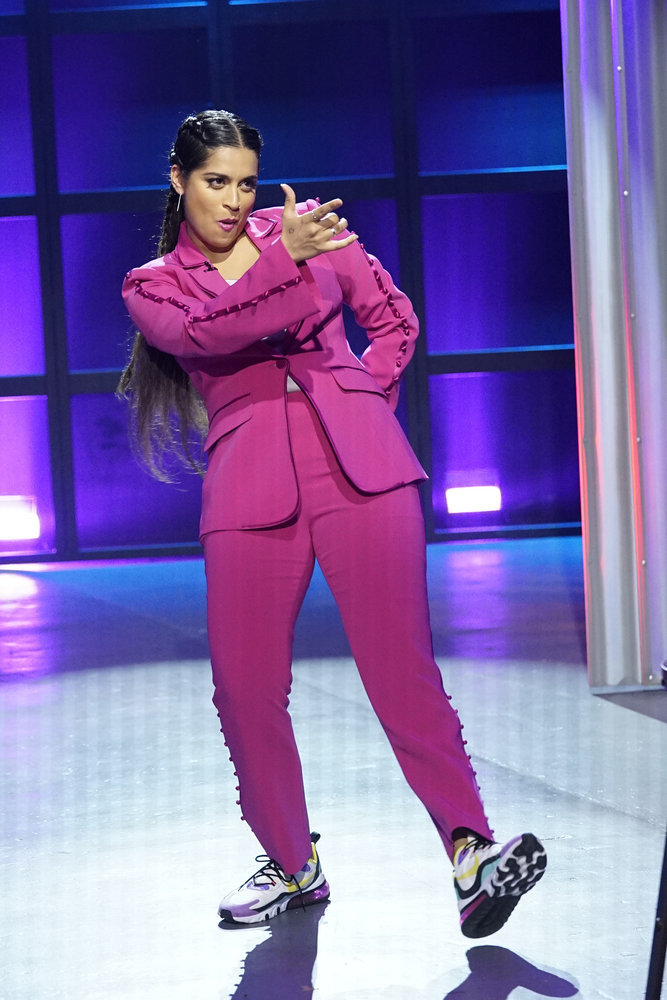 On the Tuesday, December 1 edition of “Tamron Hall,” YouTube sensation turned late-night talk show host Lilly Singh joined Tamron to discuss how she is working to break the glass ceiling with her talk show, “A Little Late with Lilly Singh,” set for a season two return on January 11, 2021. Lilly opened up her struggle with imposter syndrome, her journey to find her late night voice and remain authentic despite criticism she’s received. Check out what she had to say inside…

Lilly on how she infiltrated the ‘boys club’ of late-night talk show hosts:

“It’s an ongoing battle if I’m being honest. I think through my YouTube channel. The great thing about YouTube is that there are no gatekeepers. There’s an upload button, everyone is able to have a voice online. There’s no one controlling who’s allowed to make it on YouTube. And I think that’s how the world should be. I think our entertainment should look like the world. And I think garnering so many views and so many followers, an exec[utive] somewhere was like ‘Yeah! This makes a lot of sense. If there are people like this in the world that look like this, maybe a host should look like this.’ But it’s an ongoing journey if I’m being honest.”

Lilly on the evolving world of late-night and the imposter syndrome she experiences as a host:

“To learn something different is always scary, it’s a discomfort…And strangely enough, as a host, I kind of also deal with that because I also grew up not seeing myself on TV, so there’s a little bit of imposter syndrome when I’m standing there and saying ‘Okay I want to talk about this, but should I talk about this? Is this what I should be talking about?’ So it goes both ways, I think we’re just all on this journey to understand that stories really matter. Stories are important, they’re a huge part of culture. A huge part of who I am today are the stories I saw on my TV screen. So understanding the importance of the space and the need for inclusion is just the journey we’re on.”

Lilly on remaining her most authentic self in spite of criticism she’s received:

“Like I said before, it’s a work in progress girl…I had the same journey on YouTube, when I first posted YouTube videos, it took me a while to figure out my voice, to be comfortable in my skin. And you’d think as I transcend to other platforms, that would not be needed, but no, it’s needed all over again. So when I started my late-night show, I had the same experience where I wondered ‘How much should I talk about being Indian? How much should I talk about my sexuality?’ And I did feel pressure because anytime I talk about some authentic part of myself, I felt like people kind of tally. They’re watching you and are like ‘Oh well here she goes about her sexuality. Here she goes about being Indian.’ And it became a little frustrating because I thought, ‘This is a huge challenge of being a minority because simply talking about myself becomes a problem that you tally,’ whereas other people don’t have to deal with that. And that’s a very frustrating thing to deal with. So season two I’m like, ‘You know what? Cancel all the noise, have your tally, I don’t care.’ I’m talking about who I am as much as I want and y’all can deal.”

Lilly on the challenges she faces as a woman in a traditionally male-dominated industry:

“I think it also goes back to being a woman, not even in this industry, just across the board…the underlying message here is ‘Stop telling women what to do and how they should be.’ Let them decide for themselves. There’s not a cookie-cutter answer to what I should talk about and what I should be like. I am an individual and I should be able to choose freely. And also, you should ask ‘Why are you so upset if I talk about my sexuality or that I’m Indian?’ That’s the greater question.”