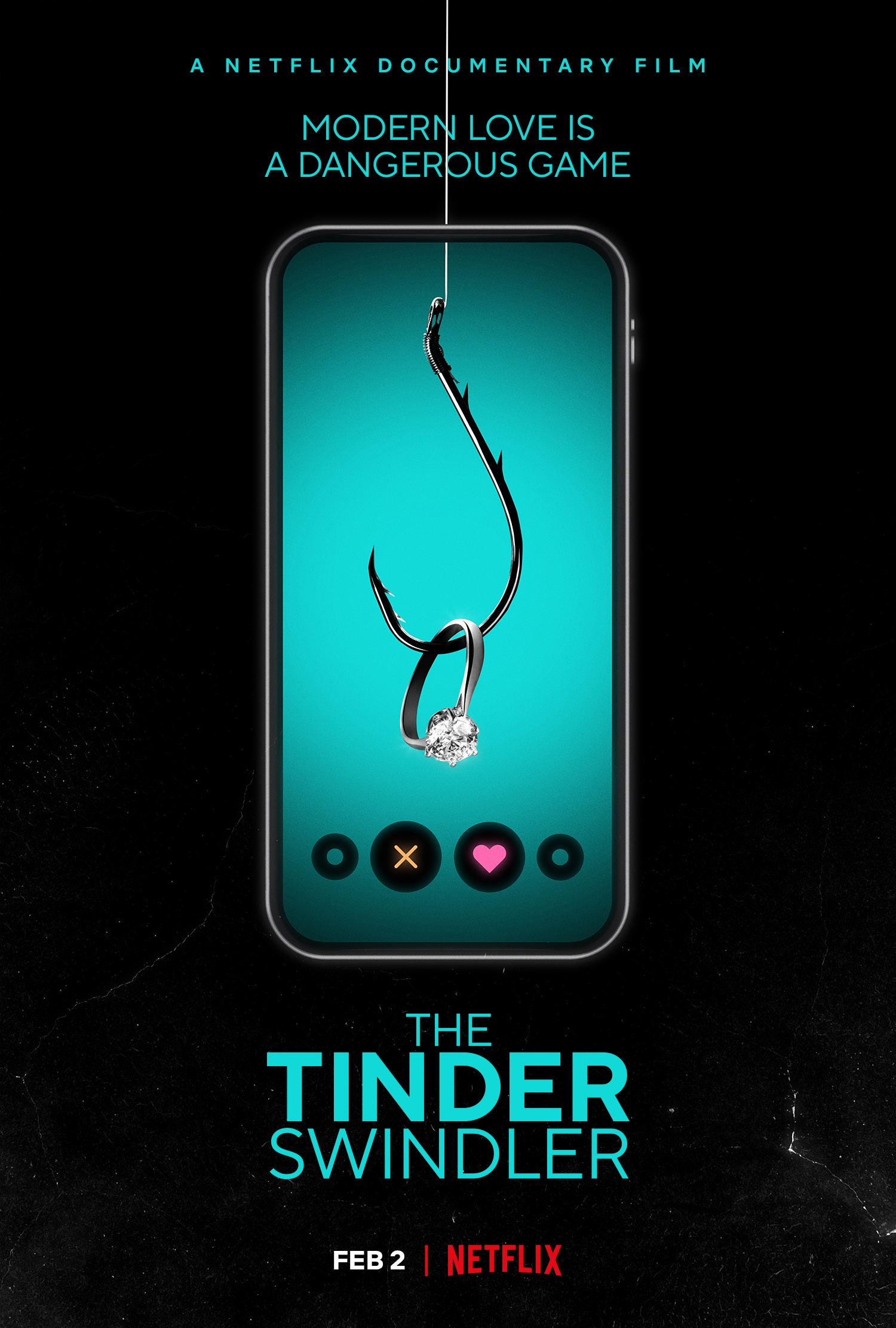 From the team producers of Don’t F**ck With Cats, modern love is a dangerous game in the world of online dating, and not all that glitters is gold. Notoriously known as The Tinder Swindler, he has seduced and swindled young women for millions and is a fugitive from justice in several countries. One swipe could change your life. This is the ultimate fairytale gone nightmare. Follow three women who decided it was time for payback. See the trailer….

Swipe, swipe, swipe… It’s not easy to find love online, so when Cecilie matches with a handsome billionaire playboy, she can’t quite believe it when he turns out to be the man of her dreams. But dreams aren’t reality and by the time she discovers this international businessman isn’t who he says he is, it’s too late. He’s taken her for everything. Where this fairytale ends, a revenge thriller begins. Cecilie discovers his other targets and once they band together, they’re victims no more: THE TINDER SWINDLER meets his match. From the producers of ‘The Imposter’ and ‘Don’t F**k with Cats’, this riveting feature documentary follows as they uncover his true identity and fight to bring him to justice.