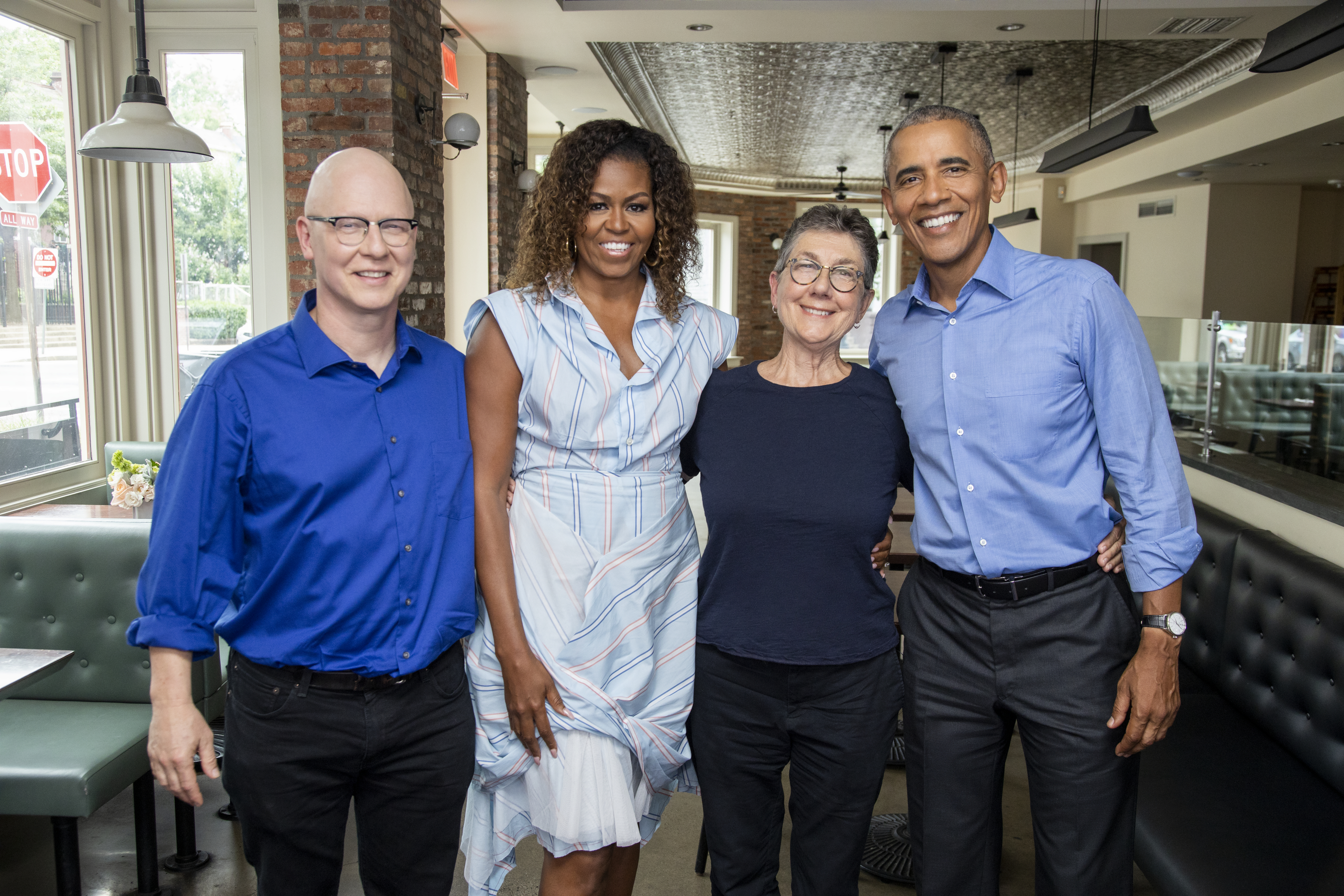 In anticipation of the premiere of AMERICAN FACTORY on Netflix, President Obama and Mrs. Obama sat down with the filmmakers Julia Reichert and Steven Bognar to talk about the power of storytelling, building connections, celebrating the human spirit, and giving voice to people who do not typically appear on screen.

AMERICAN FACTORY is the first title from President and Mrs. Obama’s Higher Ground. They formed Higher Ground to produce powerful stories to entertain, inform and inspire, and to lift up new, diverse voices in the entertainment industry.

Netflix acquired AMERICAN FACTORY  from Participant Media out of the 2019 Sundance Film Festival, where it won the Directing Award: U.S. Documentary.

A 3-minute clip of the conversation is available HERE.  Below are quotes from President and Mrs. Obama taken from the discussion.  An extended version of this conversation will be available globally on Netflix on August 21 when AMERICAN FACTORY releases.

In the conversation, President Obama said on the power of storytelling, “We want people to be able to get outside of themselves and experience and understand the lives of somebody else. Which is what a good story does. And, that’s why we’re calling it Higher Ground. The idea is that rather than pursuing the lowest common denominator, let’s see if we can chase the highest one. Let’s see if we can all elevate a little bit outside of our immediate self-interest and our immediate fears and our immediate anxieties and kind of take a look around and say huh, we’re part of this larger thing. And if we can do that through some storytelling than it helps all of us feel some sort of solidarity with each other.”

Mrs. Obama tells Reichert and Bognar, “One of the many things I love about this film, this project that you two did together, is that you let people tell their own story. AMERICAN FACTORY doesn’t come in with a perspective; it’s not an editorial. I mean you truly let people speak for themselves, and that is a powerful thing that you don’t always see happen.”

From Academy Award®-nominated and Emmy Award®-winners Julia Reichert and Steven Bognar (“The Last Truck: Closing of a GM Plant,” “A Lion in the House,” “Seeing Red”) comes AMERICAN FACTORY, a Netflix Original Documentary presented by Higher Ground Productions and Participant Media. The acclaimed film takes a deep dive into a post-industrial Ohio, where a Chinese billionaire opens a new factory in the husk of an abandoned General Motors plant and hires two thousand blue-collar Americans still recovering from the effects of the 2008 recession. Working side-by-side with experienced Chinese workers, the locals are optimistic about the future for the first time in almost a decade. But early days of hope give way to setbacks as high-tech China collides with working-class America, and issues of language and culture become seemingly insurmountable walls between clashing factions.

AMERICAN FACTORY is available globally on Netflix and in select theaters August 21.