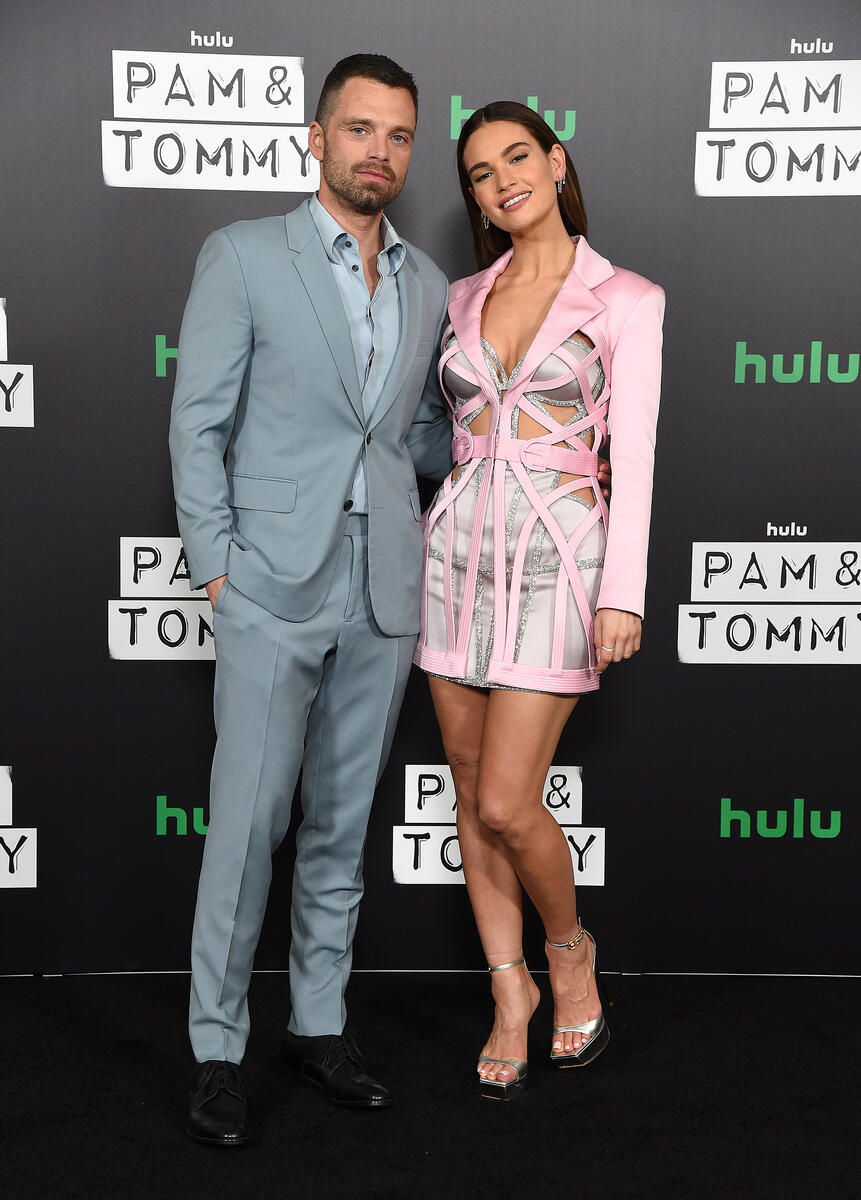 On the carpet she wore a sparkly silver mini dress and pink blazer to accent her look. Her co-star Sebastian opted out for a blue pant suit, nice. The series premieres on Wednesday, February 2 on Hulu and shadows the behind-the-scenes true story of Pamela and Tommy Lee’s sex tape that leaked. The series also features an all-star cast with Seth Rogen, Nick Offerman, Taylor Schilling, Andrew Dice Caly and a host of others. Take a peek at a few pics from the red carpet inside, can’t wait to watch this, looks good! 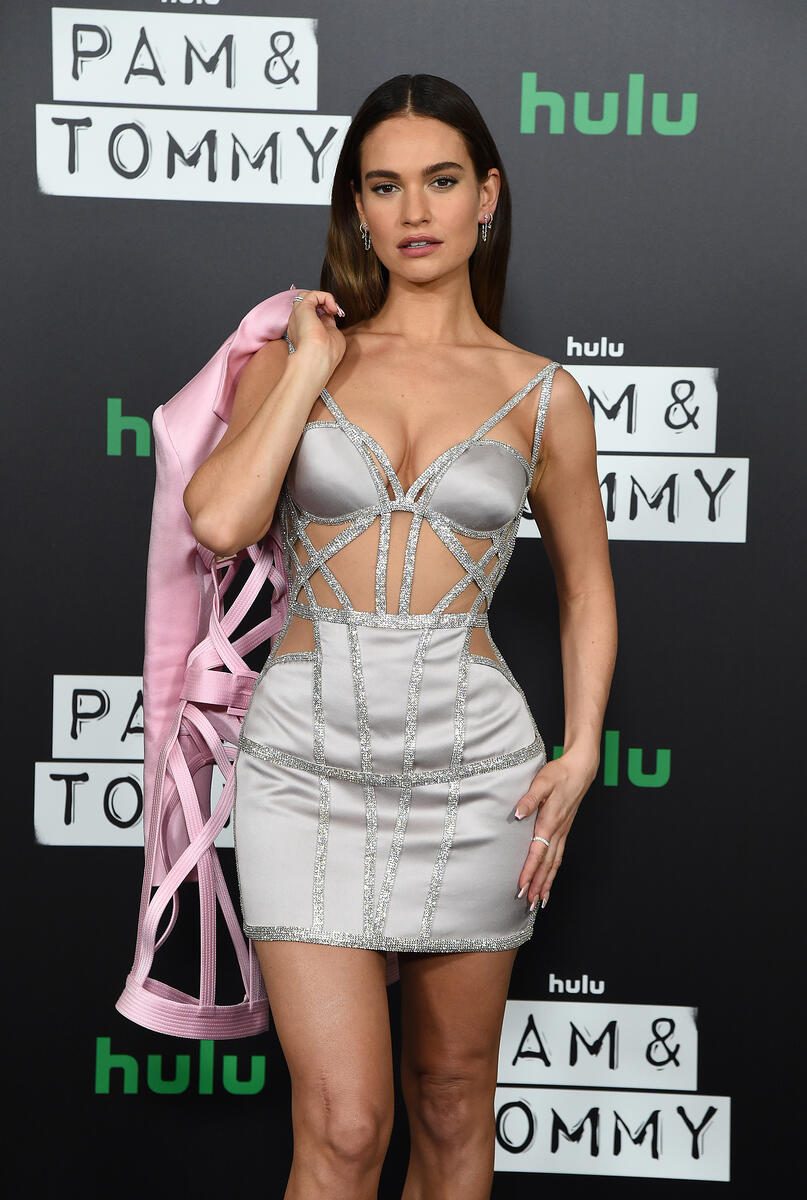 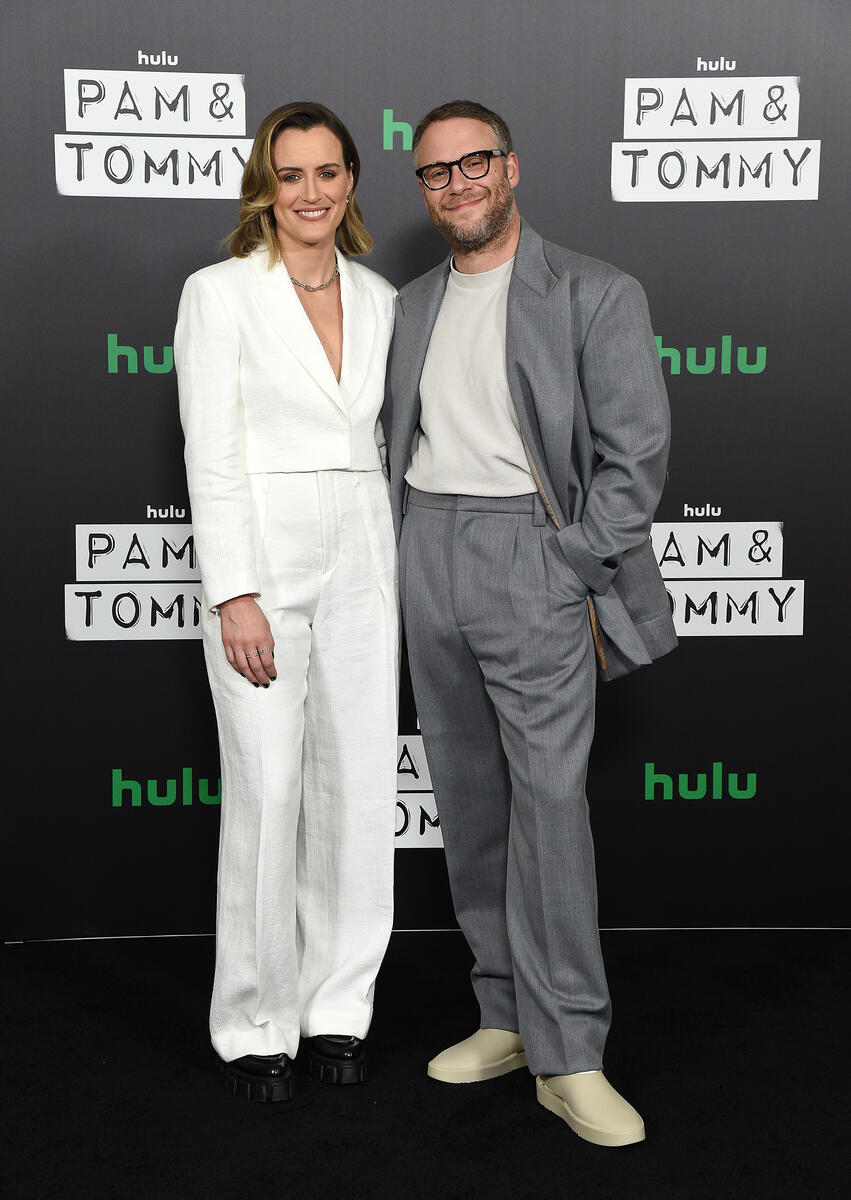 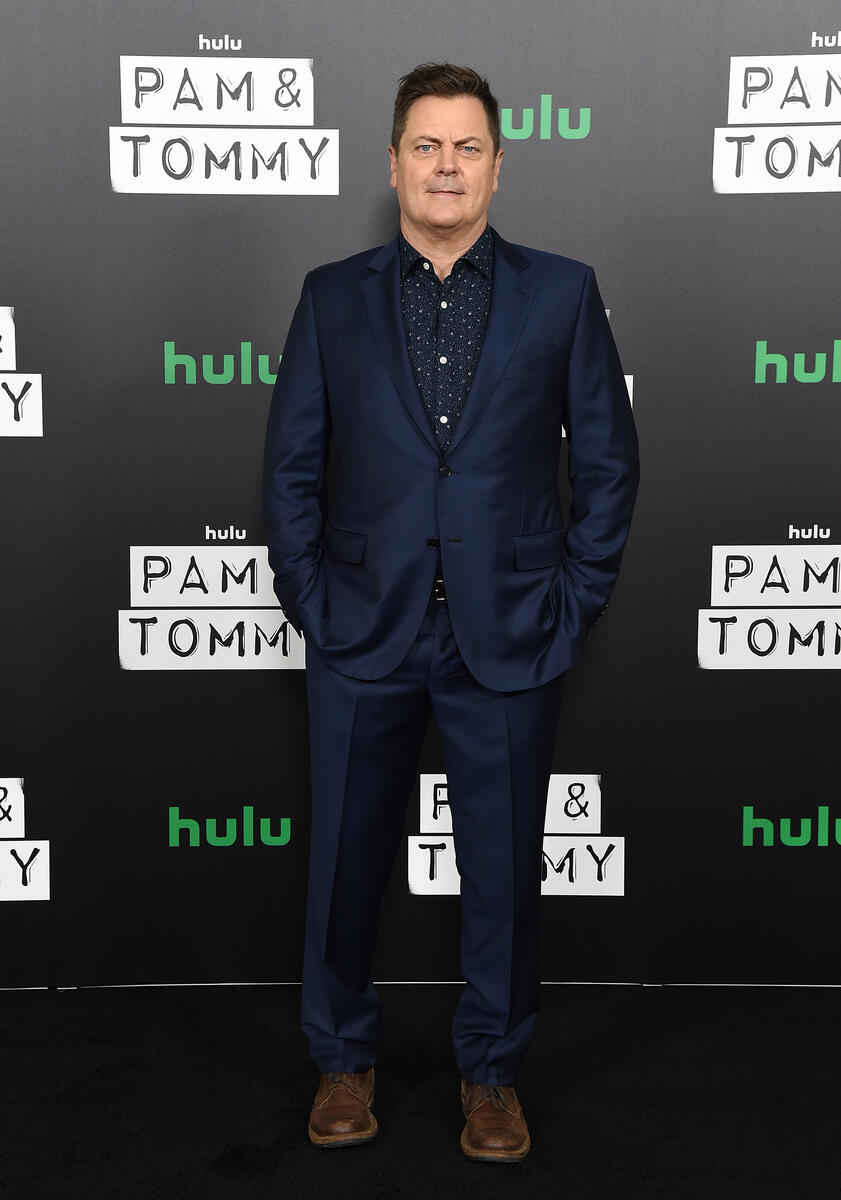 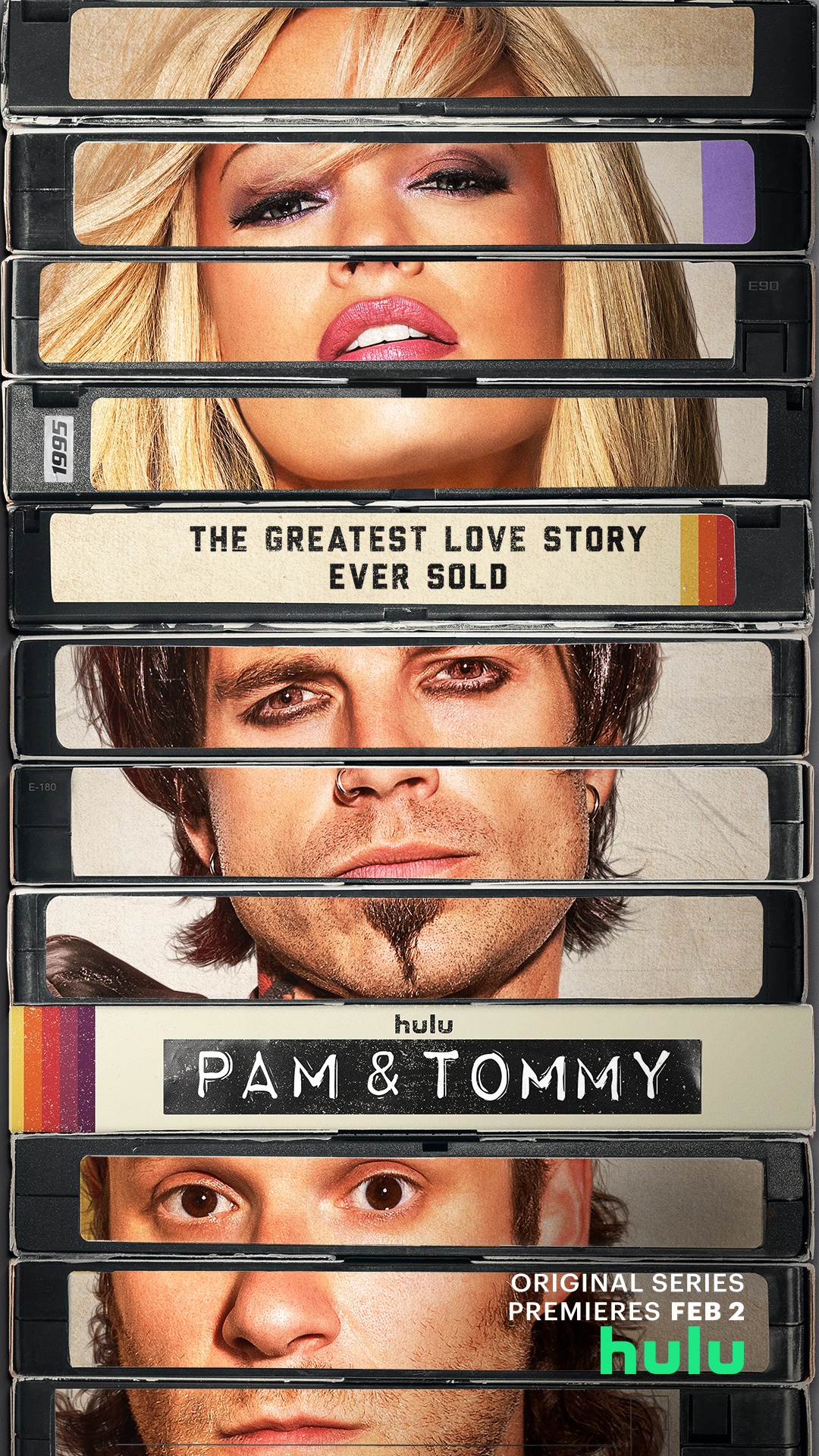 Set in the Wild West early days of the Internet, “Pam & Tommy” is based on the incredible true story of the Pamela Anderson (Lily James) and Tommy Lee (Sebastian Stan) sex tape. Stolen from the couple’s home by a disgruntled contractor (Seth Rogen), the video went from underground bootleg-VHS curiosity to full-blown cultural obsession when it hit the Web in 1997. A love story, crime caper and cautionary tale rolled into one, the eight-part original limited series explores the intersection of privacy, technology and celebrity, tracing the origins of our current Reality TV Era to a stolen tape seen by millions but meant to have an audience of just two.